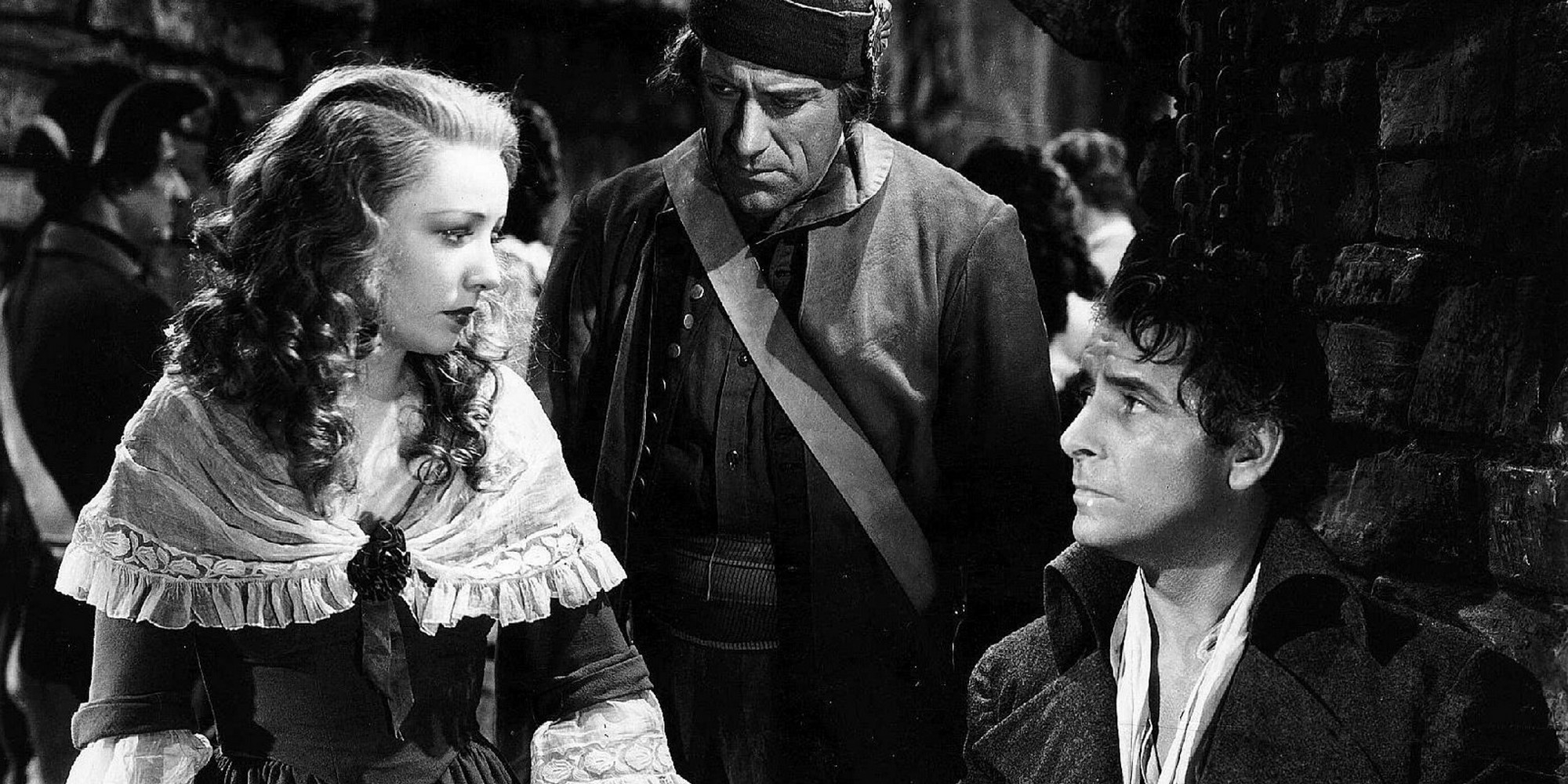 A Tale of Two Cities – ‘It was the best of tales…’

As ‘Dickensian’ nears its end, David Stuart Davies is the last of our guest writers to look at their favourite Dickens work.

‘Liberty, equality, fraternity, or death; – the last, much the easiest to bestow, O Guillotine!’

While having a beautifully constructed and complex plot and a range of fascinating characters, A Tale of Two Cities is not a typical Charles Dickens novel. To begin with, it is only one of two works of historical fiction penned by the author – the other being Barnaby Rudge – and it is much shorter than a typical Dickensian narrative and has fewer sub-plots. Unlike his larger tomes, this novel is not episodic or rambling; it has tight linear construction. Despite its comparative brevity, it does not lack high drama, excitement and romance.

The story is set during the French revolution depicting the plight of the peasantry demoralized by the French aristocracy in the period leading up to the revolution and then the corresponding brutality demonstrated by the revolutionaries toward the former aristocrats in the early years of the rebellion. The author relied heavily on Thomas Carlyle’s history of this turbulent period for the richness of his background detail. Dickens recognised this debt in his Preface to the novel stating that ‘no one can hope to add anything to the philosophy of Mr Carlyle’s wonderful book’.

Dickens characterises the men and women who populate A Tale of Two Cities less by what the book’s narrator or the characters themselves say, and more by what they do. As a result, the novel seems somewhat modern, despite being set in the 18th century and written in the 19th and thus it has great resonance for the reader of today.

Dickens does not pull his punches with the presentation of his French villains, one from each side of the class divide, which helps to expose the dark dilemma of the revolution, illustrating that there was evil in both camps. We have the cold-hearted, arrogant Marquis de St. Evrémonde who symbolises the pitiless, arrogant French aristocracy. The true nastiness of his nature is epitomised when his carriage runs over a little child in the city. The Marquis shows no remorse at the sight of the crushed body — inquiring whether his horses are unharmed.  Later the Marquis is found stabbed to death in his bed: ‘The Gorgon had surveyed the building again in the night, and had added the one stone face waiting for two hundred years.’

In the revolutionary camp, there is the heartless Madame Thérèse Defarge, one of the main villains of the novel, obsessed with hatred for the aristocrats. She represents the army of hard-faced women who sat and jeered as the guillotine blade descended, decapitating another aristocrat. Defarge knits vigorously, and her knitting secretly encodes the names of people to be killed. She is one of Dickens’ most successful grotesque creations.

A Tale of Two Cities presents us with one of the most memorable dissolute anti-heroes in all literature in Sydney Carton, whose self-sacrifice at the end is not only artistically convincing but was a great shock to the first readers of the tale and remains one of the most bittersweet moments in all of the author’s novels. Carton is a Byronic character, who has been played on screen by such acting heart throbs as Ronald Colman, Dirk Bogarde and Peter Wyngarde. Carton is a brilliant, shrewd lawyer but when we first encounter him he is seen as a drunkard and morosely self-pitying because of his wasted life. His misery is enhanced by his unrequited love for Lucie Mannette, Dickens’ pretty blonde-haired heroine. (Some critics noted that Lucie resembled the eighteen-year-old actress Ellen Ternan, with whom Dickens had struck up a close, romantic relationship at the time of writing the novel.) However, it is Carton’s passion for Lucie which prompts him to shrug off his self-indulgent malaise in order to bring happiness to the woman he adores at the cost of his own life. In the final scene, when Carton mounts the guillotine, he utters the now famous sentiments:
‘It is a far, far better thing that I do than I have ever done; it is a far, far better rest that I go to than I have ever known.’

While our hero goes to his death, Dickens leavens the tragedy with this optimistic observation on the last page:

‘I see a beautiful city and brilliant people rising from this abyss…I see the evil of this time of which this is a natural birth gradually making expiation for itself and wearing out.’

The novel was first published in weekly instalments from April 1859 to November 1859 in Dickens’s new literary periodical titled All the Year Round. The genesis of the novel is interesting. In 1856, he assisted his friend Wilkie Collins in constructing a play The Frozen Deep, which deals with a man who sacrifices his own life so that his rival may have the woman they both love. Critics believe that the love triangle in the play became the basis for the relationships between Charles Darnay, Lucie Manette, and Sydney Carton in Tale of Two Cities.

The novel was an instant success and remains Dickens’ most popular work. The author David Mitchell affirmed in an article in the Daily Telegraph in 2010 that, ‘Charles Dickens’ second stab at a historical novel, A Tale of Two Cities, has sold more than 200 million copies to date, making it the bestselling novel – in any genre – of all time.’

And the novel has also had a rich independent life away from the printed page. There have been six movies based on the book, the first being an early silent film in 1911; the story has been seen in six television adaptations and heard in countless radio shows. Sydney Carton has sung in three musicals and an opera based on the text. All of which reveal the power and the attraction of Dickens’ magnificent tale. I envy those who have not yet opened the book and returned to those turbulent times and taken the coach on the Dover Road along with Sydney Carton heading for Paris.