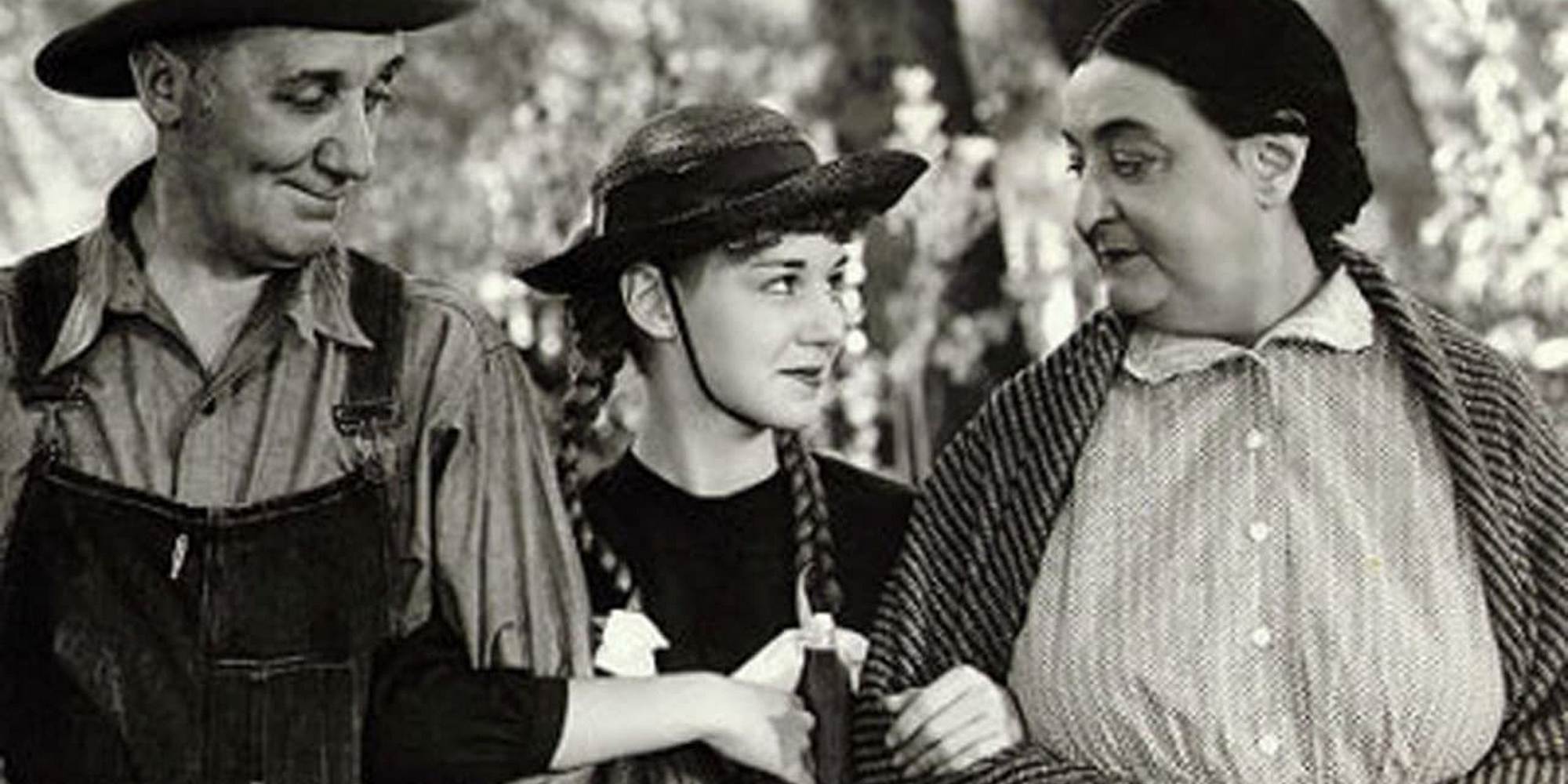 I did not write Green Gables for children: Sally Minogue ponders a story for all readers.

Maybe it was ‘Green Gables’ – mysterious but redolent, though of what? Maybe it was ‘Anne’ – with an e. Whatever it was, I fell for that book, with its really quite difficult child-heroine, its exotic landscape on the far side of the world, and its reference points so very distant from my own. It was published in 1908; I suppose I read it around 1958 when I was eleven – Anne’s own age. But the world it spoke of was so far removed from my own that it might have been a full century earlier. Indeed, Anne calls to mind the child Jane Eyre, with her rebelliousness, her life in the imagination, and her essentially orphaned nature. But unlike Jane, Anne finds in Matthew and Marilla Cuthbert a natural parentage, a place to call home, and a safe haven in which to find herself. She, and they, never deny her orphan nature; she remains Anne Shirley, never taking their name or calling them father and mother – they are themselves, Matthew and Marilla. And though they guide her as best they can, she too remains herself, a free spirit at whom they wonder.

Fundamental to this is that Matthew and Marilla are not childless husband and wife, they are brother and sister; L. M. Montgomery neatly disrupts expectations as Anne brings herself into their life as their child, but without the normal parental context or expectations. Matthew and Marilla work quite independently in relation to Anne, Matthew as the indulgent one who ‘understands’ Anne, Marilla in the much harder role of trying to manage this large cuckoo in the nest, arrived fully-fledged and with plenty of opinions. Disruption – narrative, moral, social – punctuates the work and provides its action, such as it is. And as much as Anne’s life is transformed by her translation to this new world, so Matthew and Marilla are transformed by her arrival.

My great-niece Éva is about the age I was when I first read it; she’s an avid and wide-ranging reader who likes the materiality of books and of the reading experience, whilst also being a girl very much of her own day and time. I was not altogether surprised to hear that she did not take to the book, but the reason she gave interested me – that nothing much seems to happen. This chimed with a feature of the narrative I’d noticed when re-reading for this blog (probably the first time I had re-read it in fifty years) – that whenever something actually happens to Anne, characteristically it is retold through her telling the story in second hand to someone else (and so to us), rather than being narrated directly by L. M. Montgomery. There is always a delayed element, therefore, and everything is mediated through Anne’s imagination, which as we know is ferociously inventive. When Marilla is driving her to White Sands the day after her arrival, intending to ‘settle this thing’ (i.e. send Anne back), Anne announces ‘“I’ve made up my mind to enjoy this drive. … I am not going to think about going back to the asylum while we’re having our drive. I’m just going to think about the drive.”’ (p. 43) To combat what from anyone but Anne would be a cunning low blow but is all the more effective for its being innocent, Marilla asks this strange child to tell her what she knows about herself. Her reply could be her mantra: ‘“Oh, what I know about myself isn’t really worth telling … If you’ll only let me tell you what I imagine about myself, you’ll think it ever so much more interesting.”’ (p. 44)

Marilla insists on the bare facts; and once we have heard them, we can understand why Anne resorts to the imagination to frame her world. But the whole book rests on a premise that even Anne could scarcely have imagined, that she would be taken in and loved and given a secure place in the world, in a rural paradise, where she will be nourished and cherished. But Montgomery cleverly inserts an element of uncertainty at the very start of her story: Matthew and Marilla have, practical considerations in mind, asked for an orphan boy to help on the farm, and the arrival of a girl disconcerts them to the point of thinking of sending her back. In the real world, that might have happened; Matthew, growing older, needs a strong boy; a girl, in that social context, can’t fill the bill, but furthermore, she needs to be raised in the way a boy (it is implied) wouldn’t. She’ll be a cost, financially and emotionally, whereas a boy would be an asset. The recent distressing report on children from English orphanages being sent to Australia in the 1940s (where many of them would be abused), in just such circumstances as Anne is sent to Prince Edward Island, reminds us that Anne of Green Gables creates a mythically paradisical world.

This could make Anne of Green Gable’s saccharine, in the manner of many North American novels about children. But harsh reality enters this world and undercuts sentimentality. The rural farming life is pencilled in lightly, but it is clear that this is a precarious community. There is a certain amount of casual physical cruelty, dramatised by Anne’s determination never to chastise physically any of her pupils (perhaps a reference to Henry D. Thoreau’s refusal to beat his charges, which resulted in his losing his schoolteacher position). Children can fall fatally ill from croup when the only doctor is out of town; banks fail and their investors die of the shock; unmarried women such as Marilla may have to throw their fate on neighbours; Anne must give up her scholarship to stay and help Marilla and keep the farm. These are independent but perilous lives. At the same time, it is always recognised that learning is important just as much for a woman as a man – Anne is a clever girl, and an unconventional one, as is signalled by her red hair, and she is always up for the fight. This is in no way a story of a girl succumbing to her proper role, and when at the end of the novel Anne finally recognises the importance of making friends with Gilbert, it is only after they are established as equals. This was perhaps what appealed to my eleven-year-old self, bookish, dreamy, and uncertain of my identity – though of course, I wouldn’t have recognised that way of putting it. Anne wasn’t a normal girl, and there is something in that initial narrative set-up that dramatises that for the reader. Though she is not the boy Marilla and Matthew are expecting, she is not the standard girl either.

The recent Netflix adaptation of the novel (which I haven’t seen) takes this a step further. In the adaptation’s first season, when Anne first arrives at Green Gables and hears that a boy was expected, she argues to Marilla: ‘Couldn’t I do the farm chores even though I’m a girl? I’m as strong as a boy and I prefer to be out of doors instead of cooped up in a kitchen. … What if suddenly there were no boys in the world? … Girls can do anything a boy can do and more.’ In one way, this is a later 20th-century voice speaking; but in another, it echoes (no doubt knowingly) Jane Eyre’s impassioned cry ‘women feel just as men feel; they need exercise for their faculties, and a field for their efforts, as much as their brothers do.’ (Wordsworth, p. 95). At the same time, though, I want to say – Anne of Green Gables is no feminist text, and to see it as that is actually to reduce it. Marilla is more moved by Anne’s relentless optimism of the imagination on that drive to White Sands, and her forgiving account of the rigours of her life hereto, than she would be by the Netflix appeal to an egalitarian gender principle. But Netflix knows its audience; and this is an Anne of Green Gables adapted by Moira Walley-Beckett, the writer/producer of Breaking Bad. An Anne for our times – perhaps an Anne for my great-nieces – Anne with an e. 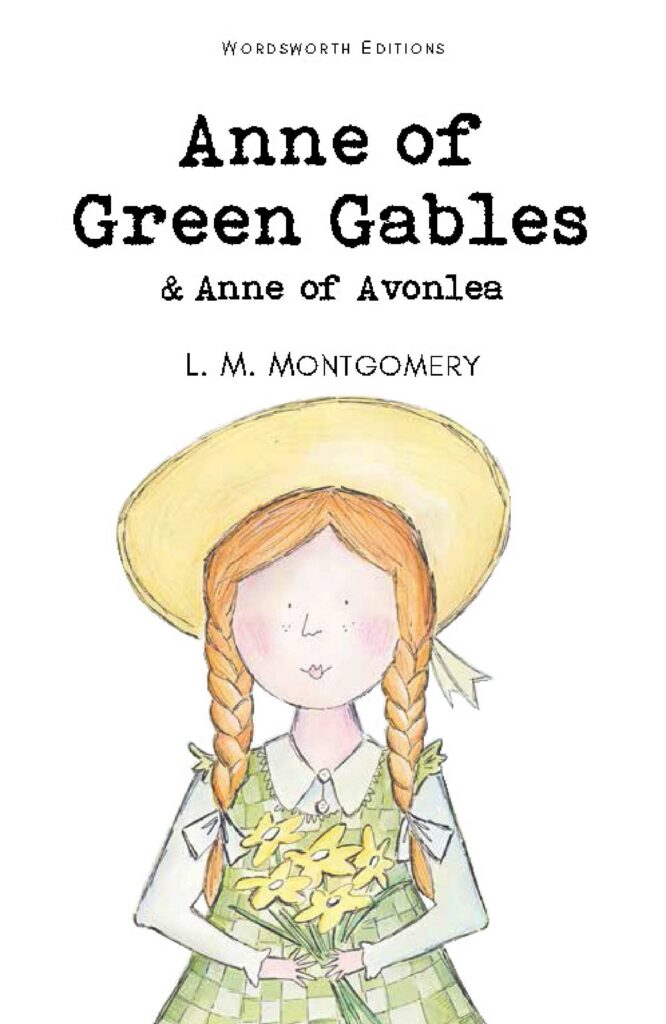 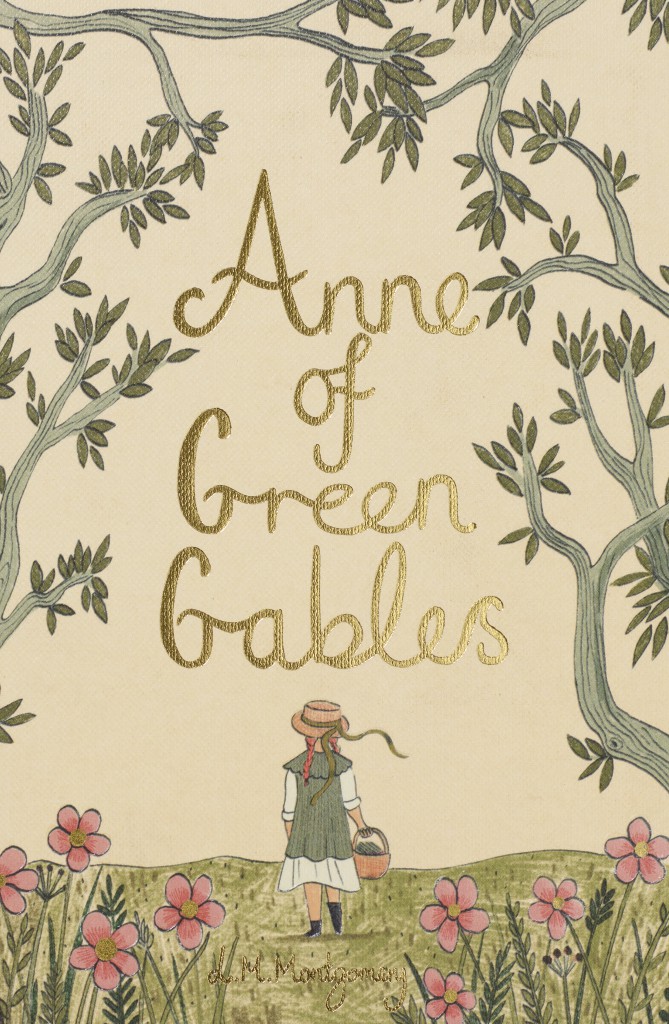 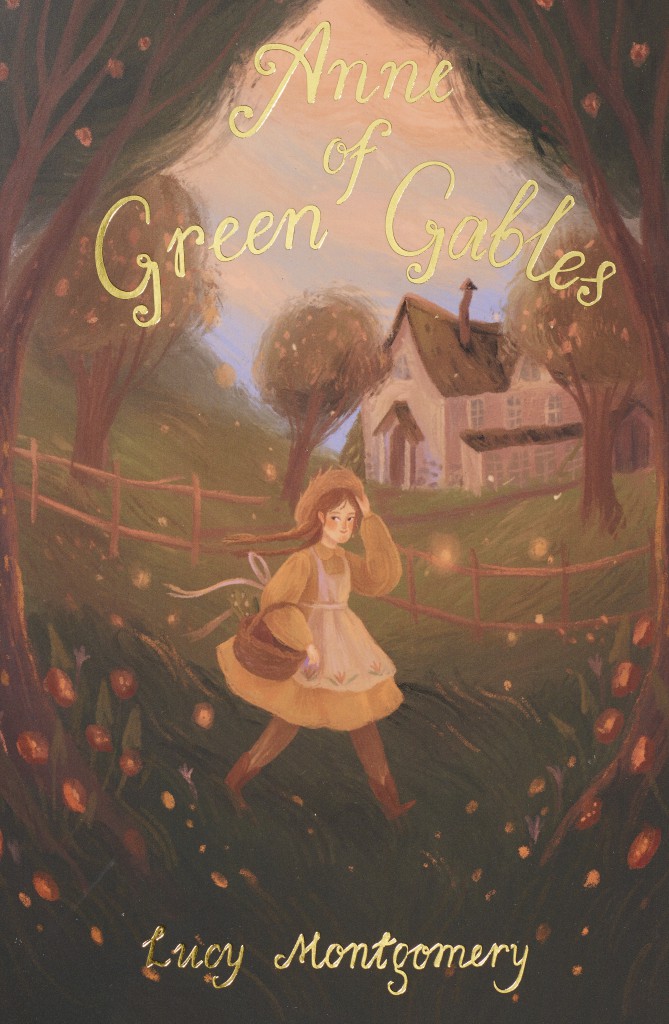 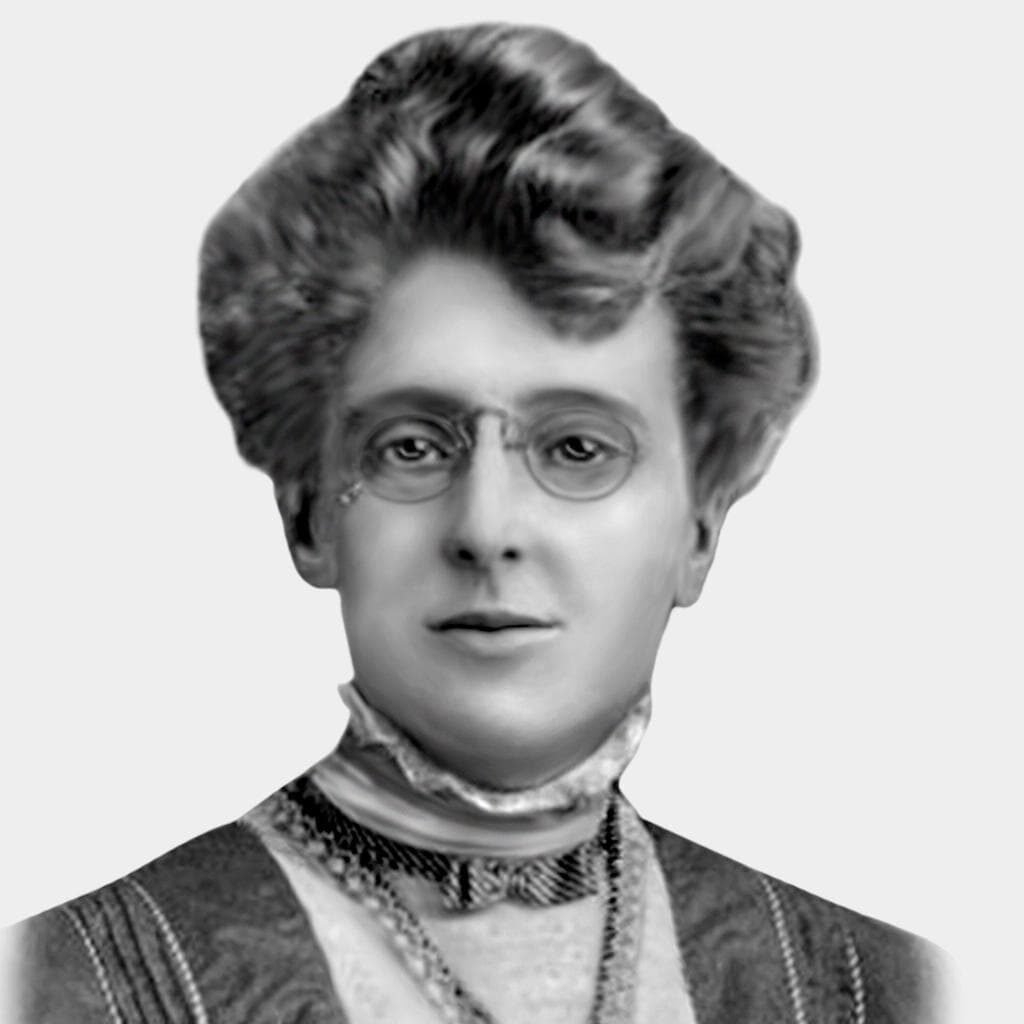