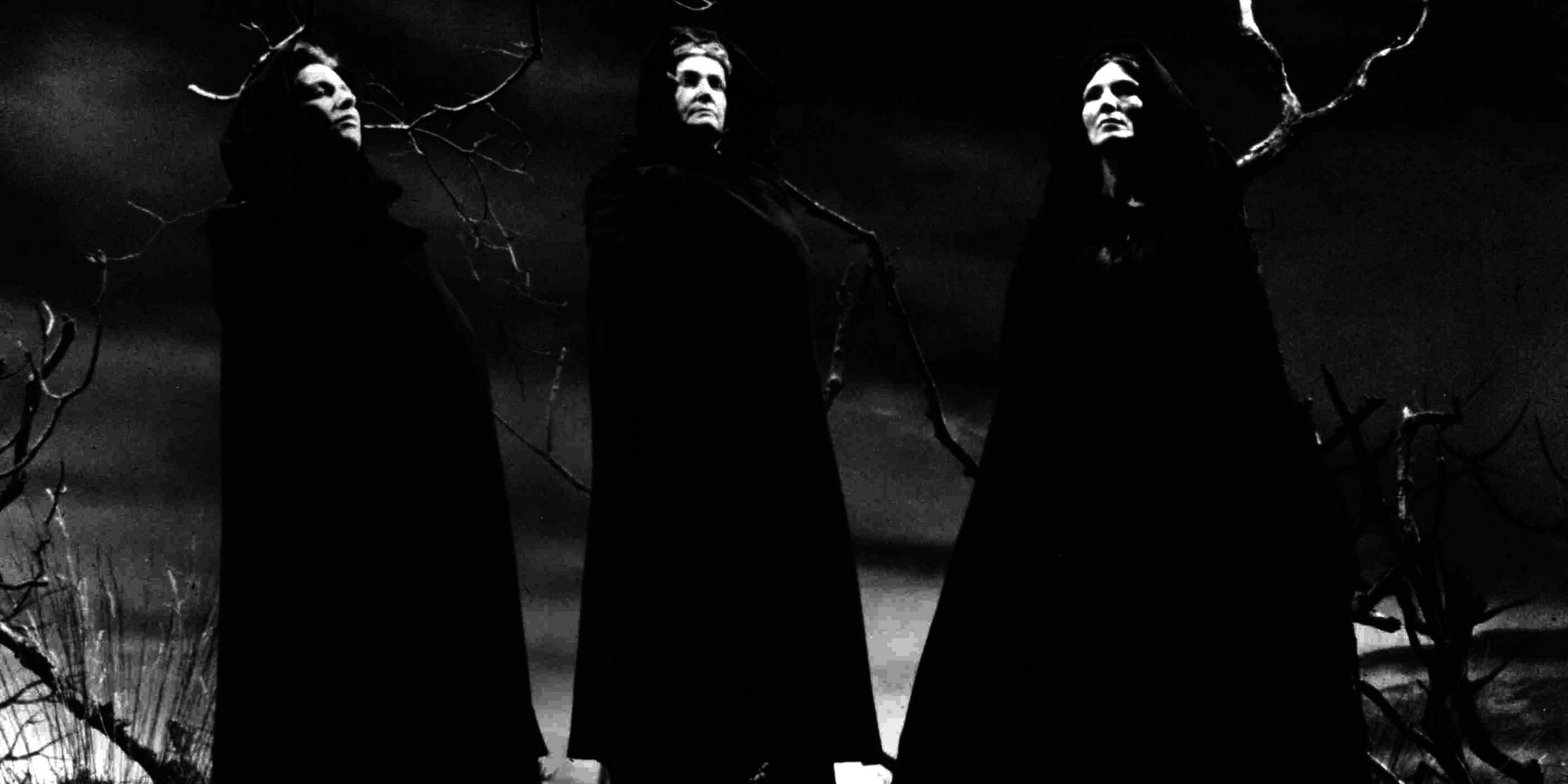 From fuelling witch-hunts to buttering up the ruling classes – Cedric Watts looks at Shakespeare’s less admirable side.

My introduction to Wordsworth Macbeth makes the point that though Shakespeare is internationally lauded, his influence has sometimes been bad. We can’t have it both ways: if we praise him for his wise and genial humanity, we must also condemn him for furthering intolerance and for propagating lies that flatter the ruling class.

In the case of Macbeth (written probably in the period 1603-6), his depiction of the ‘Wayward Sisters’ undoubtedly added to the craze for witch-hunts. Shakespeare’s prime motive was undoubtedly flattery of King James VI of Scotland, recently James I of England, whose book Dæmonologie (1597, reissued in 1603) taught that witches, wielding infernal supernatural powers, really existed and should be ruthlessly extirpated. God Himself (according to Exodus 22:18) had stated: ‘Thou shalt not suffer a witch to live.’ As depicted by Shakespeare, the Wayward Sisters in the play are far more vile and horrific than the ‘weird sisters’ described in his main source, The Chronicles of England, Scotland, and Ireland by Raphael Holinshed and others. Subsequently, in the 17th century, many unfortunate women were accused of witchcraft, tortured and finally killed. Logically, Shakespeare should share some of the guilt for these horrors. As I pointed out, Shakespeare repeatedly departs from Holinshed in order to flatter James I, often by whitewashing Banquo.

Henry VI, Part 1, to which Shakespeare contributed, depicts Jeanne d’Arc, the patriotic French warrior, as a witch who offers her body and soul to devils. (Jeanne, who had been burnt at the stake, was declared a saint by the Pope in 1920, prompting George Bernard Shaw’s fine play, Saint Joan.) In Henry VI, Part 2, a devil, or the Devil, appears on stage to answer the call of Margery Jourdan: she is evidently another witch.

Shakespeare thus, alas, lent his eloquence to the negative side of a controversy. On the positive side stood Reginald Scot, whose Discoverie of Witchcraft (1584) scorned witch-hunts and derided the notion that poor women held supernatural powers – for, if they did, they would be rich. We may add that in the play The Witch of Edmonton, by William Rowley, Thomas Dekker and John Ford, a ‘deformed and ignorant’ woman is driven to witchcraft by social persecution.

I referred above to Shakespeare’s ‘lies that flatter the ruling class’. You can find plenty of examples in Richard III. There, Shakespeare was flattering the political establishment of his own day by supporting the official ‘Tudor’ view of Richard III: a thoroughly hostile view. Although the historic Richard undoubtedly committed heinous acts, he was not as culpable as the play suggests. For instance, if Henry VI was murdered, which is probable but not certain, in reality, the most likely suspect is not Richard III but Edward IV. Though Shakespeare makes Richard responsible for the murder of Clarence, Clarence had in fact been prosecuted for treason by Edward IV: hence his execution at the Tower of London.

In Richard III, Shakespeare also distorted history so as to flatter Ferdinando, Lord Strange, and Henry Herbert, second Earl of Pembroke. Why? Before the formation of the Lord Chamberlain’s Men in 1594, Shakespeare is believed to have worked for the company known as Lord Strange’s Men, patronised by Ferdinando, Lord Strange, a descendant of Lord Stanley so favourably portrayed in the play. Again, Henry Herbert was the patron of Lord Pembroke’s Men, another company for which Shakespeare wrote; and in Richard III Pembroke’s ancestors, Sir Walter Herbert and the Earl of Pembroke, are introduced so that they can be associated with the victorious Richmond and praised. Indeed, in Richard III, Richmond, who became King Henry VII, and the Tudor dynasty were flattered so memorably that the play would shape many people’s understanding of the history of those times.

Perhaps the most shocking example of Shakespeare’s readiness to distort history in order to exalt the ruling class is the play ludicrously called All Is True, better known as Henry VIII. (It was written partly by John Fletcher but largely by Shakespeare.) The play culminates in the fulsome celebration of the birth of Queen Anne, formerly Anne Bullen, of the Elizabeth destined to rule England. Numerous people prophesy that the baby Elizabeth will eventually become an unsurpassed monarch. In Act 5, for example, Archbishop Cranmer prophesies that she will be all-virtuous and as wise as the biblical Queen of Sheba (‘Saba’):

A pattern to all princes living with her,

And all that shall succeed. Saba was never

Than this pure soul shall be.

What’s more, her heir (James I)

Shall star-wise rise as great in fame as she was,

That were the servants to this chosen infant

Shall then be his.

And, of course, Henry VIII joins in the rejoicing. He declares:

This oracle of comfort has so pleased me,

That when I am in heaven I shall desire

To see what this child does, and praise my maker.

And all this jubilation is nonsense. In reality, far from being thrown into prophetic ecstasy by the birth of Elizabeth, Henry was bitterly disappointed, for – yet again – he was confronted by a female offspring instead of the longed-for male. Nothing in the play indicates that Elizabeth’s mother, Queen Anne, would soon be executed for ‘treasonable adultery’. Nor does the play indicate that in order to divorce Queen Katharine and marry Anne, Henry was obliged to initiate a vast change in the nation’s religion, a change resulting in cultural and social turmoil, despoliation and martyrdoms. Repeatedly Henry is depicted as the conscientious innocent monarch, or, later, as one who wisely intervenes to save Cranmer from trumped-up charges. At least the play shows that Henry was sexually attracted to Anne Bullen before he divorced Katharine, and Katharine is depicted at length as a long-suffering, loyal queen who, with great dignity, undergoes a contrived downfall. Indeed, it is this rôle which largely redeems the play on stage.

In Shakespeare’s works, one of the oddest pieces of flattery is that found in the First Folio (1623) text of Henry V. Remember that the Earl of Essex was a friend of the Earl of Southampton, and it was to Southampton that Shakespeare dedicated his long poems, Venus and Adonis and The Rape of Lucrece. In the Prologue to Act 5 of Henry V, we are told that the people of London welcomed King Henry on his return from France, and the speech continues:

As, by a lower but loving likelihood,

Were now the General of our gracious Empress –

As in good time he may – from Ireland coming,

Bringing rebellion broachèd on his sword,

How many would the peaceful city quit

To welcome him! Much more, and much more cause,

Did they this Harry.

There’s a scholarly consensus that ‘the General of our gracious Empress’ is Robert Devereux, the illustrious Earl of Essex. On 27 March 1599, he had set out from London to suppress the Earl of Tyrone’s ‘rebellion’ in Ireland. He failed, incurring the enmity of Queen Elizabeth, and arrived back in London on 28 September 1599. It follows that this passage must have been written after 27 March but before the news of Essex’s failure reached London, around midsummer.

The implications of the allusion to Essex are considerable. First, it shows that Shakespeare’s history plays, even when dealing with the past, had clear relevance to contemporaneous events. In this case, audiences were encouraged to relate Henry’s successful French campaign of 1415 to Essex’s rôle in the colonial struggle in Ireland. Shakespeare here supports that costly struggle to maintain English dominance abroad.

In hindsight, the tribute to Essex is highly ironic. Essex, having failed in his Irish mission, became a discredited malcontent. On 8 February 1601, with Southampton at his side, he led a band of supporters through London, hoping to stage a coup d’état against Elizabeth’s counsellors. The attempted coup was a failure, and Essex was executed on February 25th. (Southampton was also sentenced to death, but the sentence was commuted to imprisonment, and he was eventually released by King James I.)

Another remarkable aspect is that the once-topical allusion to Essex remained in the text of Henry V when it was published in that 1623 Folio. You would think that it was, by then, clearly out of date, overtaken by events, and politically embarrassing to Shakespeare’s company. Yet it remained. It would surely have been omitted from actual stage productions after the summer of 1599. What its survival in the book suggests is that even the relatively good text of the play published in the First Folio does not represent any ‘final’ version of the play and that the compilers of that Folio were not particularly attentive to details of the material that they assembled. Evidently, performances not only of Henry V but also of other Shakespearian plays were augmented by topical details as opportunities arose and were pruned of them as circumstances changed. The Folio text represents an out-of-date unpruned version of the play.

We have seen that Shakespeare could lick the boots of the ruling class when he thought that by doing so he could advance himself and his company of players. But there is another side to him, of course: some of his works can be regarded as subversive of authority. On the eve of Essex’s rebellion, his supporters paid Shakespeare’s company for a special production of Richard II: they believed that that play about the overthrow and murder of a monarch could help their cause. Queen Elizabeth is reported to have said: ‘I am Richard II[:] know ye, not that?’ The company was lucky not to be punished.

In Shakespeare’s second tetralogy of history plays, Richard II, Henry IV Parts 1 and 2, and Henry V, royal authority is repeatedly questioned; and, if the eventual success of Henry V seems triumphant, that triumph is incisively undercut by the Epilogue of Henry V, the concluding Chorus, which says that all his achievements came to nothing in the following reign. The notion that divine providence governs royal rule is assailed in King Lear, and there Shakespeare departs from his sources in order to emphasise the uselessness of invoking supernatural aid. Epic warfare is thoroughly stripped of glamour in Troilus and Cressida, a brilliantly subversive anti-war play which derides the theological paraphernalia of Homer’s Iliad and Virgil’s Aeneid. Yes, Troilus and Cressida even mock the concept of a divinely-ordained cosmic hierarchy, a concept which used to be deemed (by E. M. W. Tillyard and his followers) an essential part of ‘the Elizabethan world-picture’. So perhaps Shakespeare is his own best critic. In spite of the immense pressure of censorship in his day, he could at times challenge his era’s orthodoxies. He knew that heretical Christopher Marlowe had been lethally silenced in 1593. The radical, progressive Shakespeare is to be found in that second tetralogy, in many of the sonnets, and in Hamlet, Troilus and Cressida, Measure for Measure, Othello, King Lear and Antony and Cleopatra.

Thanks to his phenomenally articulate intelligence and imagination, Shakespeare remains our finest dramatist, even if some of the plays disgust us with their craven sycophancy. Of course, he had his faults. After all, that makes him more like us.

Cedric Watts, M.A., PhD, Emeritus Professor of English, University of Sussex is the editor of our Shakespeare series 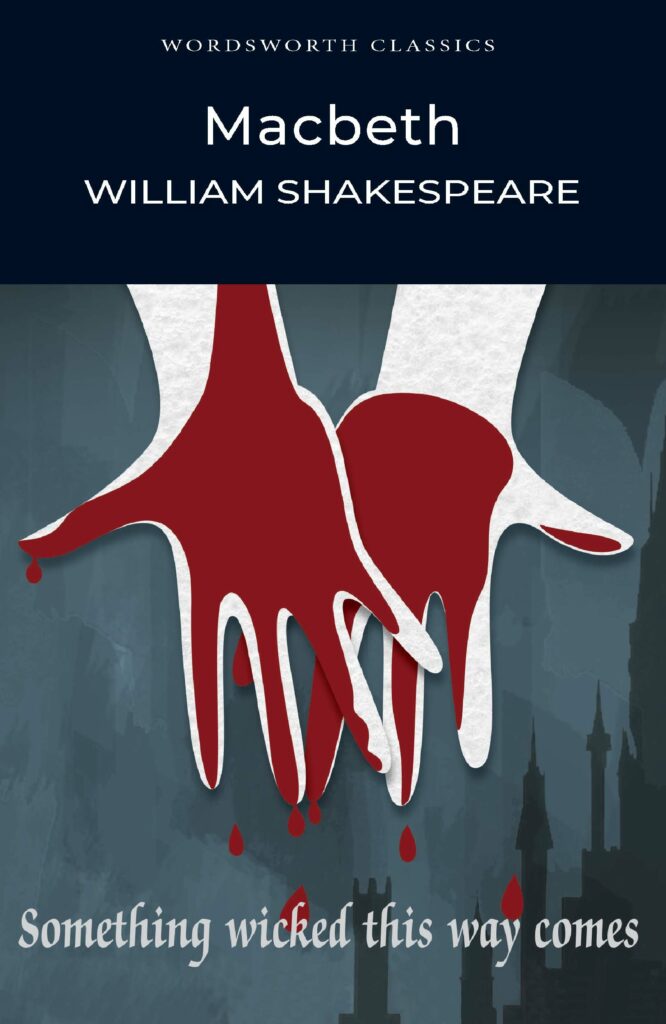 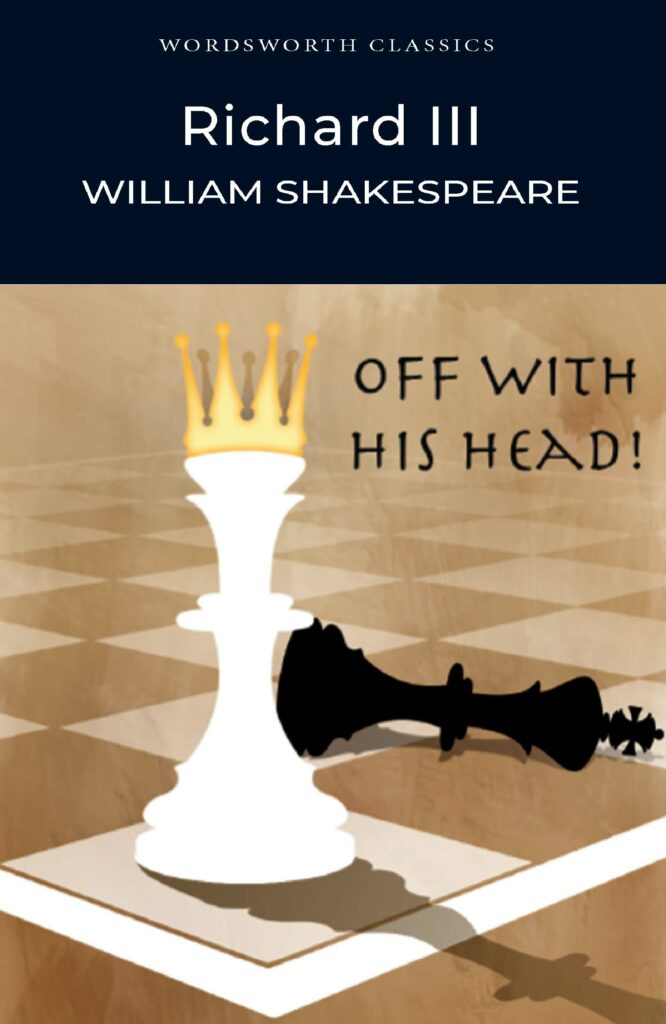