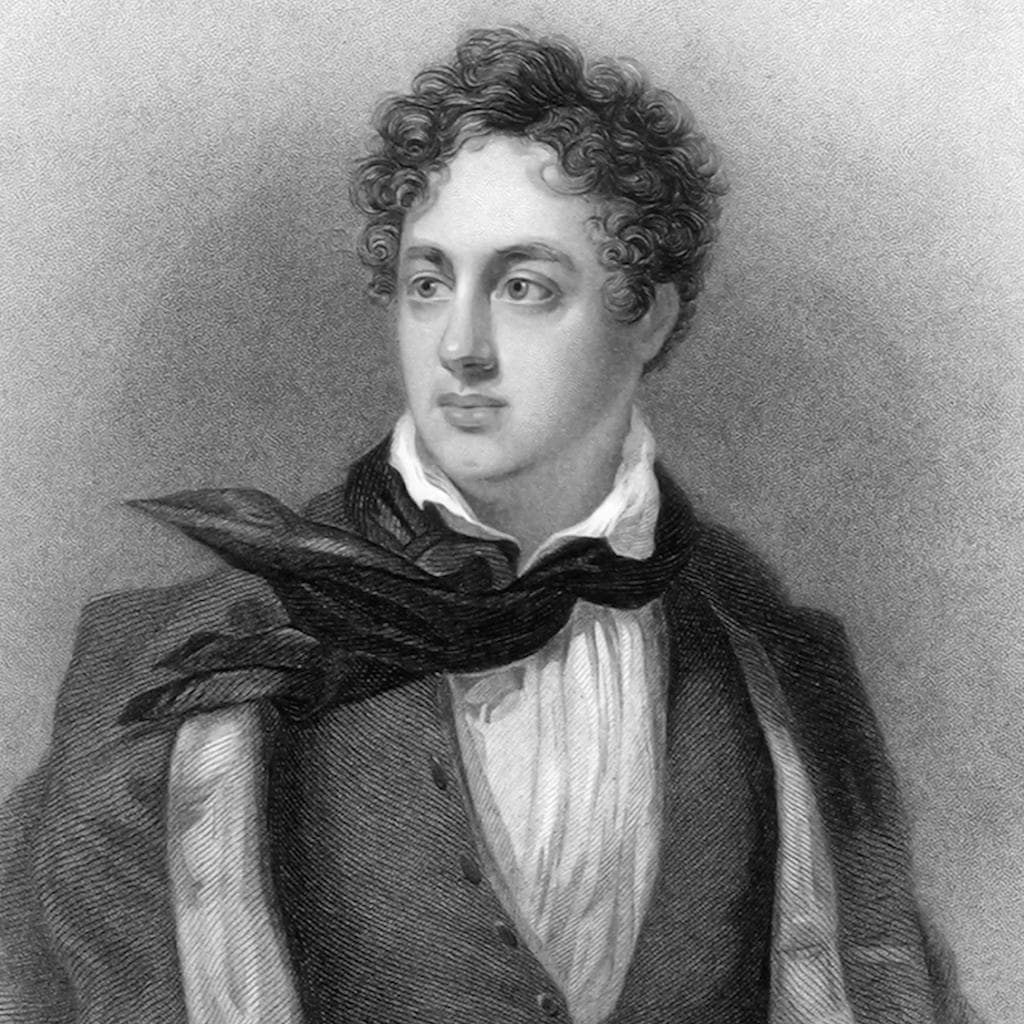 Be thou the rainbow in the storms of life. The evening beam that smiles the clouds away, and tints tomorrow with prophetic ray.

On 21 May 1798, the death of Byron’s great-uncle, the “wicked” Lord Byron, made the 10-year-old the 6th Baron Byron, and the young man inherited both title and estate, Newstead Abbey, in Nottinghamshire, England. Byron rarely lived at his estate, as the Abbey was rented to Lord Grey de Ruthyn, among others, during Byron’s adolescence.

In August 1799, Byron entered the school of William Glennie, an Aberdonian in Dulwich, but received his early formal education at Aberdeen Grammar School. In 1801 he was sent to Harrow, where he remained until July 1805. After leaving school he went on to Trinity College, Cambridge.

While not at school, Byron lived at Burgage Manor where, with the help of Elizabeth Pigot, was encouraged to write his first volumes of poetry – Hours of Idleness, which collected many of his previous poems, along with more recent compositions. The savage, anonymous criticism this received (now known to be the work of Henry Peter Brougham) in the Edinburgh Review prompted his first major satire, English Bards and Scotch Reviewers (1809). The work so upset some of these critics they challenged Byron to a duel; over time, in subsequent editions, it became a mark of prestige to be the target of Byron’s pen.

In 1812, Byron embarked on a well-publicised affair with the married Lady Caroline Lamb that shocked the British public.  Byron eventually broke off the relationship and moved swiftly on to others. Eventually Byron began to court Lady Caroline’s cousin Anne Isabella Milbanke (“Annabella”), who refused his first proposal of marriage but later accepted him. Milbanke was a highly moral woman, intelligent and mathematically gifted – she was also an heiress. They married at Seaham Hall, County Durham, on 2 January 1815. The marriage proved unhappy and on 16 January 1816, Lady Byron left him, taking their only child with her. After she left, Byron travelled to Europe and in Venice he wrote the fourth canto of Childe Harold. About the same time, he sold Newstead Abbey and published Manfred, Cain and The Deformed Transformed.

In 1824 he fell ill developing a violent fever, and died on 19 April. Amongst Byron’s best-known works are the brief poems She Walks in Beauty, When We Two Parted, and So, we’ll go no more a roving, in addition to the narrative poems Childe Harold’s Pilgrimage and Don Juan. He is regarded as one of the greatest British poets and remains widely read and influential. A collection of Byron’s work can be found here. 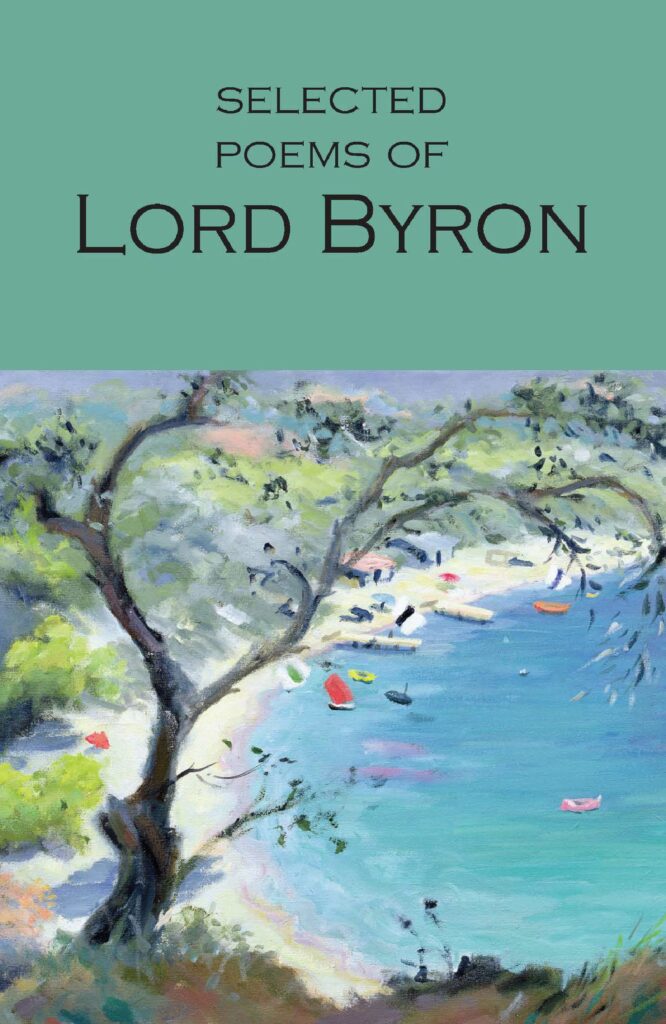 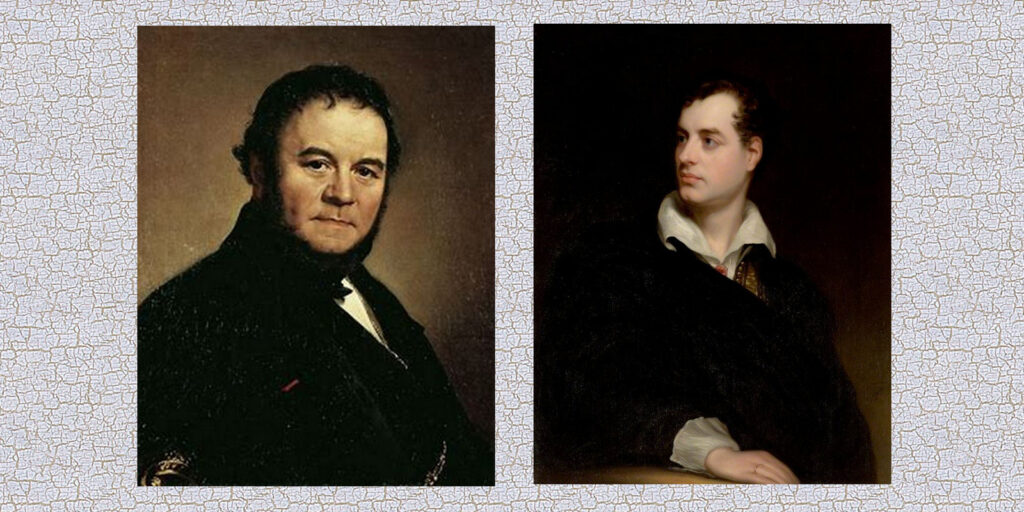 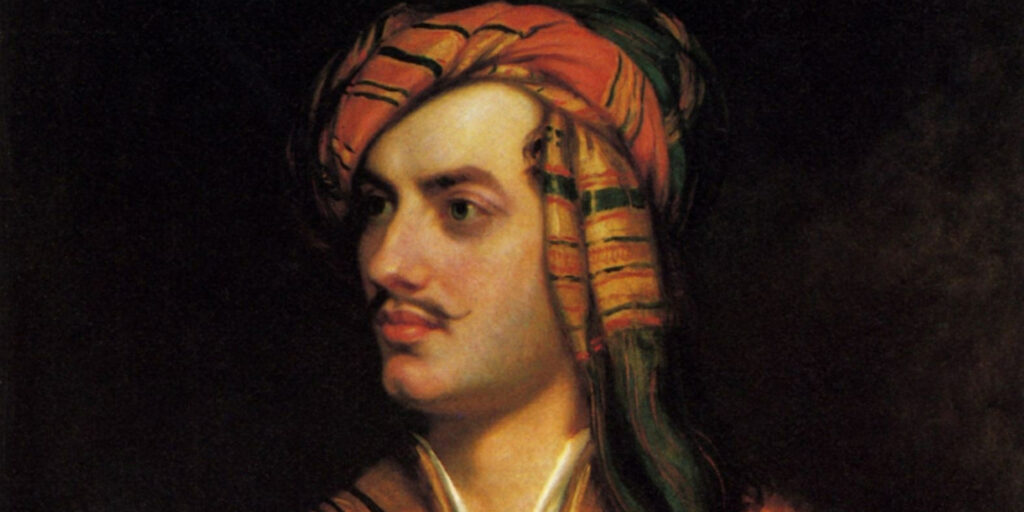 From a hot young poet to a playwright said to look `like a self-satisfied pork butcher’: David Ellis casts an eye over our authors.
Read More