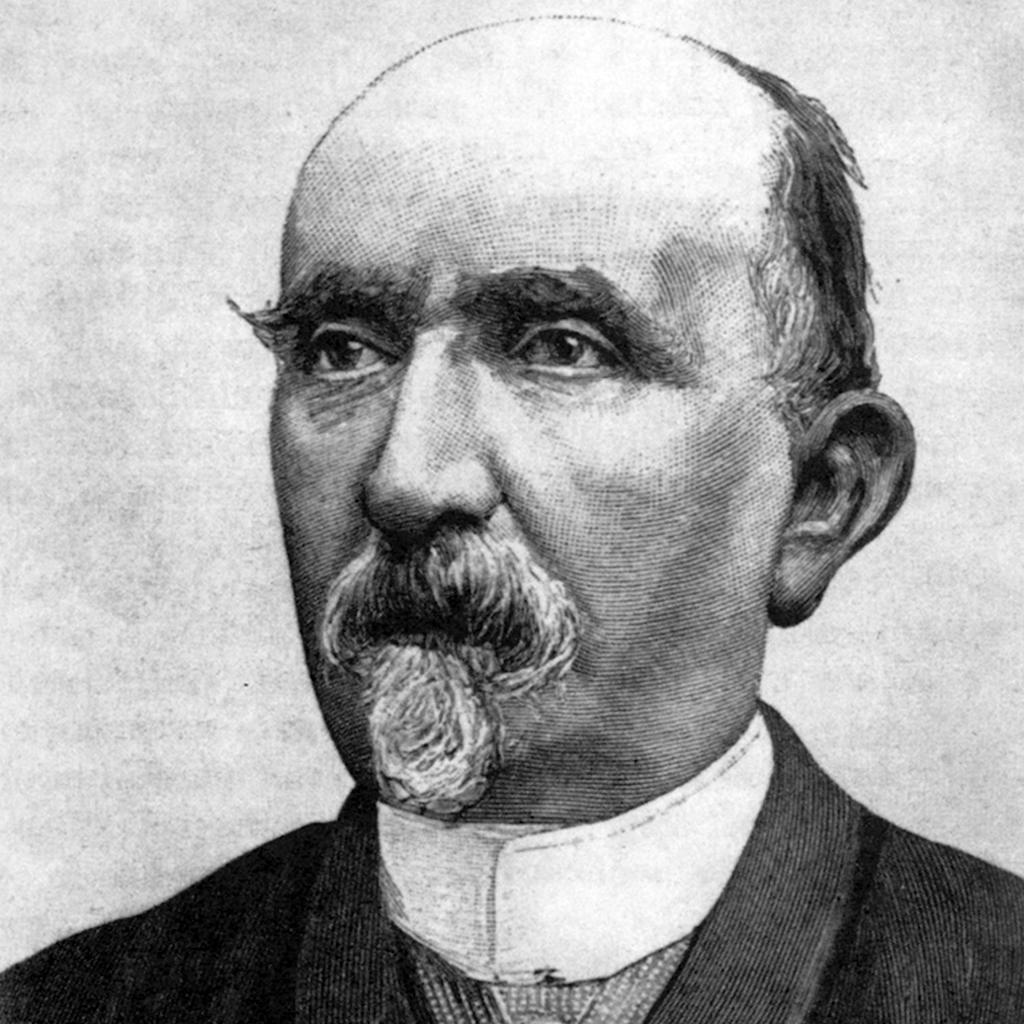 Carlo Collodi was the pen name of Carlo Lorenzini (1826-1890) who dismissed his own work, 'The Adventures of Pinocchio' as "childish twaddle", little suspecting that, after his death, it would become one of the best-loved children's stories ever written.

Carlo Collodi was born Carlo Lorenzini on 24th November 1826 in Florence, the son of Domenico Lorenzini, a cook, and Angela Orzali, a servant. Collodi was the first of ten children.

The young Carlo spent his childhood in the hillside village of Collodi. After attending primary school in Collodi, he was sent to study for the priesthood at the seminary of Val d’Elsa. However, after graduation he started to work for a bookseller.

At the age of 22, he became a journalist in order to work for the struggle for Italian independence. In 1848 he founded the satirical journal Il Lampione, which was suppressed in 1849. His next periodical, La Scaramuccia, was more fortunate, and in 1860 he revived Il Lampione again. In addition, he wrote comedies and edited newspapers and reviews.

He took the pseudonym ‘Collodi’ from the name of the town where his mother was born. He soon turned to children’s fantasy, translating Italian versions of the fairy tales of the French writer Charles Perrault. It was Perrault who reintroduced such half-forgotten tales as ‘Little Red Riding Hood‘, ‘Sleeping Beauty‘, and ‘Puss in Boots‘.

Collodi also began to write his own children’s stories, including a series about a character named Giannettino. However, he felt that writing for children was not his true calling, referring to The Story of a Puppet, later retitled The Adventures of Pinocchio, as “childish twaddle”. Lorenzini died in Florence in 1890, unaware of the fame and popularity that awaited his work. 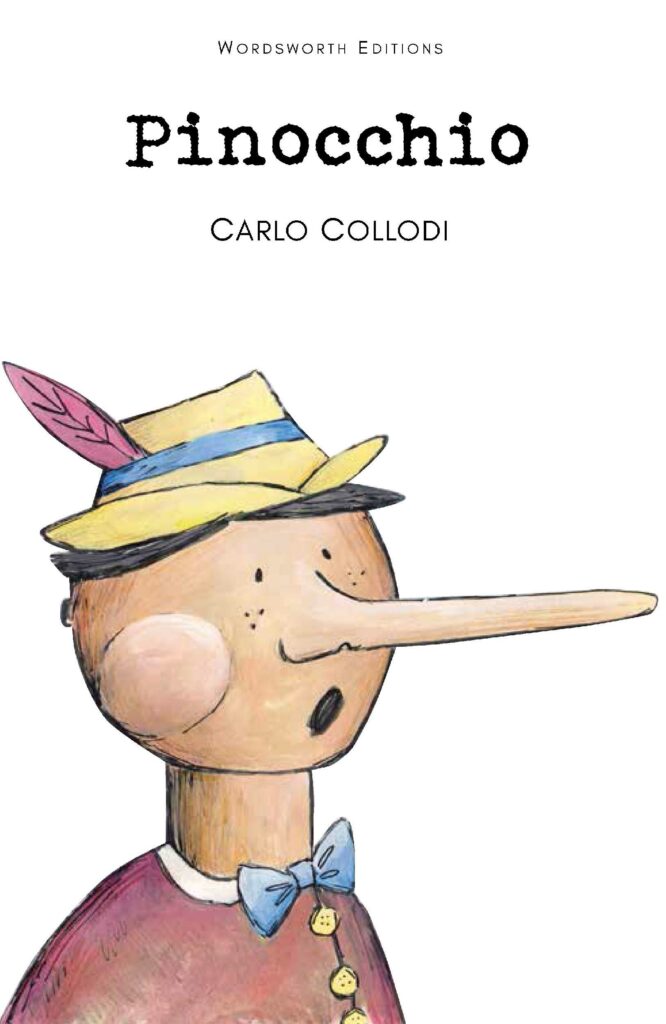 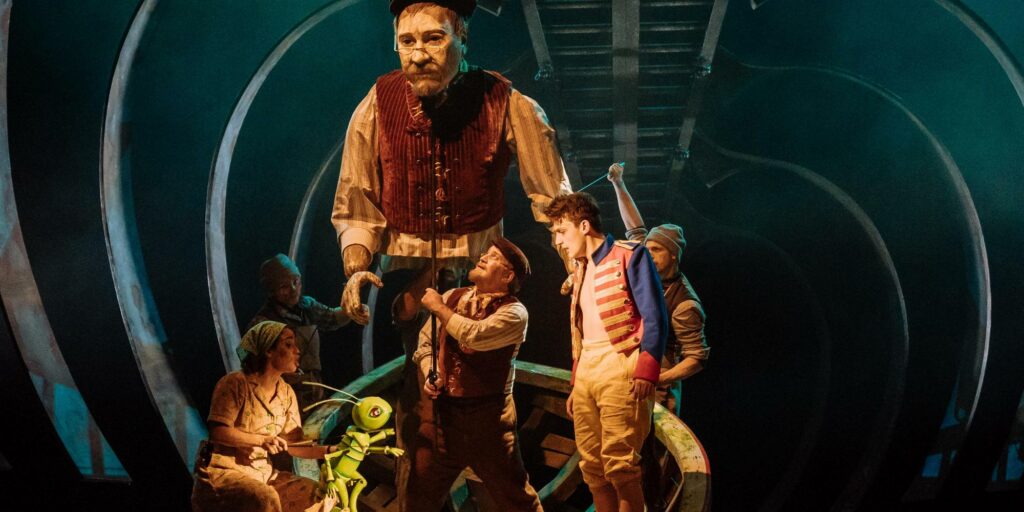 Pinocchio on Stage and Screen

Knocking Pinocchio into shape, or how to domesticate an unruly puppet: Stefania Ciocia on the drive towards narrative, moral and familial tidiness in Collodi’s text and its adaptations
Read More 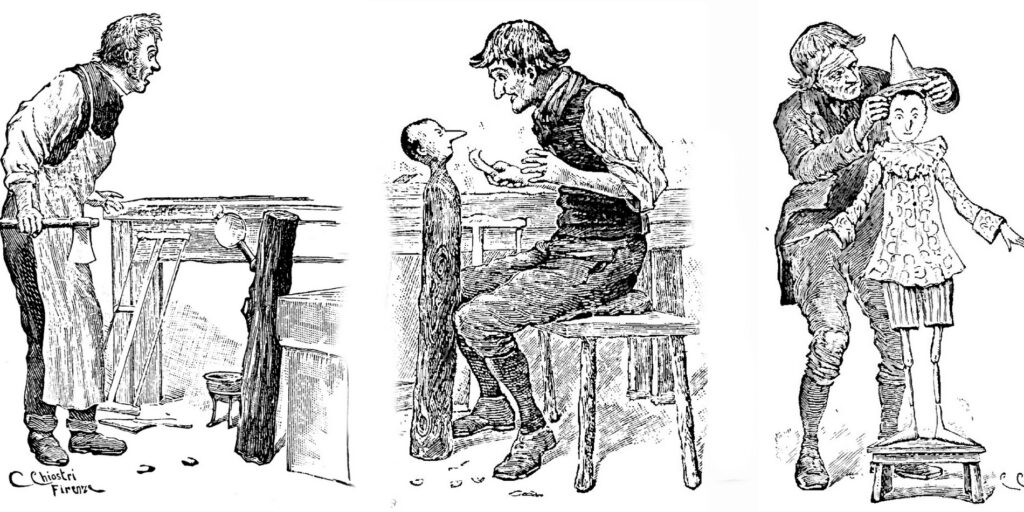 Crossing boundaries with Pinocchio: Stefania Ciocia meanders through matters of language, culture, genre and authorship with the world’s most famous puppet
Read More