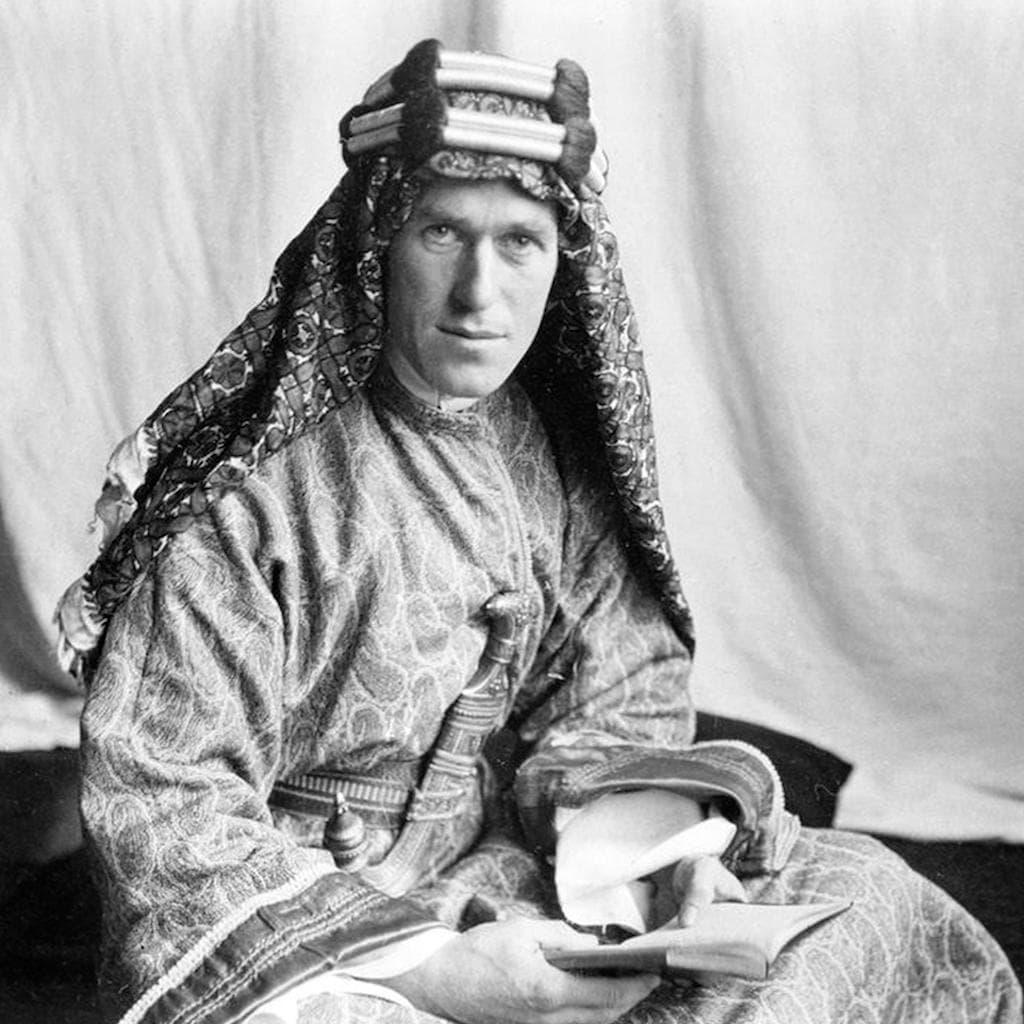 To me an unnecessary action, or shot, or casualty, was not only waste but sin.

The image of 'Lawrence of Arabia', dressed in white Arab robes astride a camel is a familiar one, propagated by David Lean's film 1962 film, but dating back to American journalist Lowell Thomas's sensationalist account of Lawrence's part in the Arab revolt, and from Lawrence's own autobiographical account 'Seven Pillars of Wisdom' which, despite some doubts as to its truth in parts, has been described as 'one of the major statements about the fighting experience of the First World War'.

Thomas Edward Lawrence was on 16th August 1888 in Tremadog, North Wales. His Anglo-Irish father, Thomas Robert Tighe Chapman, who in 1914 inherited the title of seventh Baronet of Westmeath in Ireland, had abandoned his wife Edith for his daughters’ governess Sarah Junner (born illegitimately of a father named Lawrence, and who had styled herself ‘Miss Lawrence’ in the Chapman household). The couple did not marry but were known as Mr and Mrs Lawrence. Thomas Chapman and Sarah Junner had five illegitimate sons, of whom Thomas Edward was the second eldest.

From Wales the family moved to Kirkudbright in Scotland, then Dinard in Brittany, then to Jersey. From 1894–1896 the family lived at Langley Lodge (now demolished), set in private woods between the eastern borders of the New Forest and Southampton Water in Hampshire. Mr Lawrence sailed and took the boys to watch yacht racing in the Solent off Lepe beach. By the time they left, the eight-year-old Ned (as Thomas became known) had developed a taste for the countryside and outdoor activities.

From 1907 Lawrence was educated at Jesus College, Oxford. During the summers of 1907 and 1908, he toured France by bicycle, collecting photographs, drawings and measurements of castles dating from the medieval period. In the summer of 1909, he set out alone on a three-month walking tour of crusader castles in Ottoman Syria, during which he travelled 1,000 mi (1,600 km) on foot. Lawrence graduated with First Class Honors after submitting a thesis entitled The Influence of the Crusades on European Military Architecture – to the end of the 12th century based on his own field research in France, notably in Châlus, and the Middle East.

On completing his degree in 1910, Lawrence commenced postgraduate research in medieval pottery with a Senior Demy at Magdalen College, Oxford, which he abandoned after he was offered the opportunity to become a practicing archaeologist in the Middle East. In December 1910 he sailed for Beirut, and on arrival went to Jbail (Byblos), where he studied Arabic. In late 1911, Lawrence returned to England for a brief sojourn. By November he was en route to Beirut for a second season at Carchemish, where he was to work with Leonard Woolley. Prior to resuming work there, however, he briefly worked with Flinders Petrie at Kafr Ammar in Egypt.

Lawrence continued making trips to the Middle East as a field archaeologist until the outbreak of World War I. Immediately after the war, Lawrence worked for the Foreign Office, attending the Paris Peace Conference between January and May as a member of Faisal’s delegation. He served for much of 1921 as an advisor to Winston Churchill at the Colonial Office.

At the age of 46, two months after leaving the service, Lawrence was fatally injured in an accident on his Brough Superior SS100 motorcycle in Dorset, close to his cottage, Clouds Hill, near Wareham and he died six days later on 19th May 1935.Lawrence’s public image was due in part to American journalist Lowell Thomas’ sensationalized reportage of the revolt as well as to Lawrence’s autobiographical account Seven Pillars of Wisdom (1922). 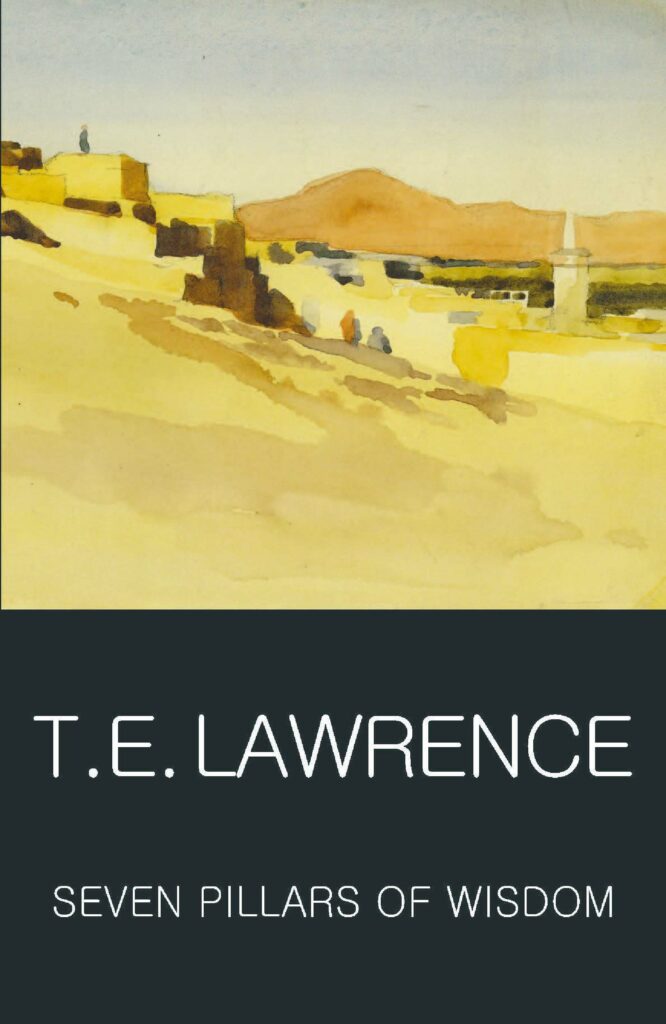