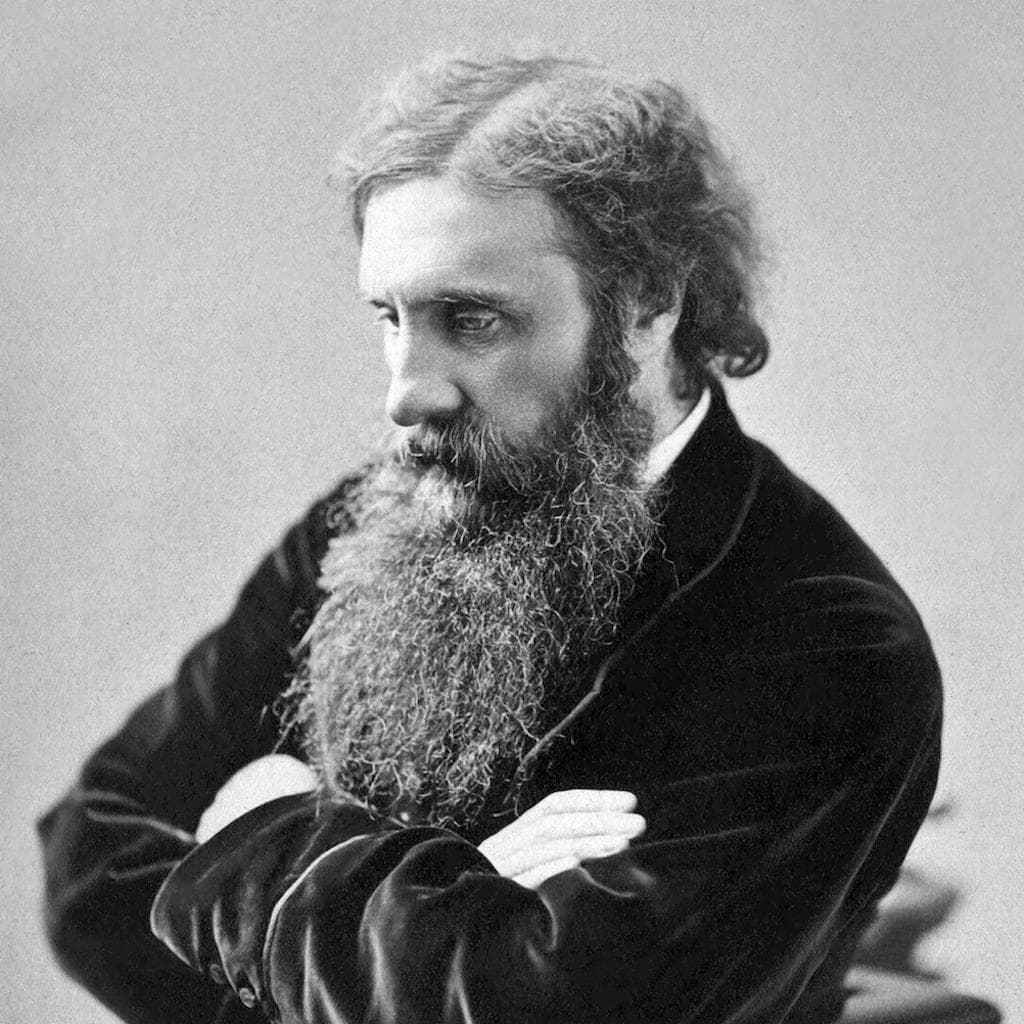 Seeing is not believing - it is only seeing.

George MacDonald (1824-1905) was a Scottish author and poet. He wrote on many subjects, including Christianity as he was a minister of the church. However, it is his children's fantasy and fairy stories for which he is remembered. J.R.R. Tolkien, C.S. Lewis, W.H. Auden and Edith Nesbit, to name but a few, were some of his fellow authors influenced by his work. 'The Princess and the Goblin' is his most enduring work.

George MacDonald was born on the 10 of December 1824 at Huntly in Aberdeenshire His father, also George MacDonald, was a farmer, and was one of the MacDonalds of Glen Coe, and a direct descendant of one of the families that suffered in the massacre of 1692. He was one of six children, but his mother Helen MacKay MacDonald died when he was only eight.

MacDonald grew up in the Congregational Church, with an atmosphere of Calvinism. But MacDonald never felt comfortable with some aspects of Calvinist doctrine; indeed, legend has it that when the doctrine of predestination was first explained to him, he burst into tears (although assured that he was one of the elect). Later novels, such as Robert Falconer and Lilith, show a distaste for the idea that God’s love is limited to some and denied to others.

He took his degree at the University of Aberdeen, and then went to London, studying at Highbury College for the Congregational ministry.

In 1850 he was appointed pastor of Trinity Congregational Church, Arundel, but his sermons (preaching God’s universal love and the possibility that none would, ultimately, fail to unite with God) met with little favour and his salary was cut in half. Later he was engaged in ministerial work in Manchester. He left that because of poor health, and after a short sojourn in Algiers he settled in London and taught for some time at the University of London. MacDonald was also, for a time, editor of Good Words for the Young, and lectured successfully in the United States during 1872–1873.

His best-known works are his fantasy novels, Phantastes, The Princess and the Goblin, At the Back of the North Wind, and Lilith, and fairy tales such as The Light Princess, The Golden Key, and The Wise Woman. “I write, not for children,” he wrote, “but for the child-like, whether they be of five, or fifty, or seventy-five.” MacDonald also published some volumes of sermons, the pulpit not having proved an unreservedly successful venue.

MacDonald served as a mentor to Lewis Carroll (the pen-name of Rev. Charles Lutwidge Dodgson); it was MacDonald’s advice, and the enthusiastic reception of Alice by MacDonald’s many sons and daughters, that convinced Carroll to submit Alice for publication. Carroll, one of the finest Victorian photographers, created photographic portraits of several of the MacDonald children. MacDonald was also friends with John Ruskin and served as a go-between in Ruskin’s long courtship with Rose La Touche.

He was acquainted with most of the literary luminaries of the day.  A surviving group photograph shows him with Tennyson, Dickens, Wilkie Collins, Trollope, Ruskin, Lewes, and Thackeray – while in America he was a friend of Longfellow and Walt Whitman.

In 1877 he was given a civil list pension. From 1879 he and his family moved to Bordighera in a place much loved by British expatriates, the Riviera dei Fiori in Liguria, Italy, almost on the French border. In Bordighera, there was an Anglican Church, which he attended. Deeply enamoured of the Riviera, he spent twenty years there, writing almost half of his whole literary production, especially the fantasy work. In that Ligurian town MacDonald founded a literary studio named Casa Coraggio (Bravery House), which soon became one of the most renowned cultural centres of the time, well attended by British and Italian travellers, as well as by locals. It was here that representations were often held of classic plays, and readings were given of Dante and Shakespeare.

In 1900 he moved into St George’s Wood, Haslemere, Surrey, a house designed for him by his son, Robert Falconer MacDonald, and the building overseen by his eldest son, Greville MacDonald. He died on 18 September 1905 in Ashtead, Surrey. He was cremated and his ashes buried in Bordighera, in the English cemetery, along with his wife Louisa’s and daughters’ Lilia and Grace.