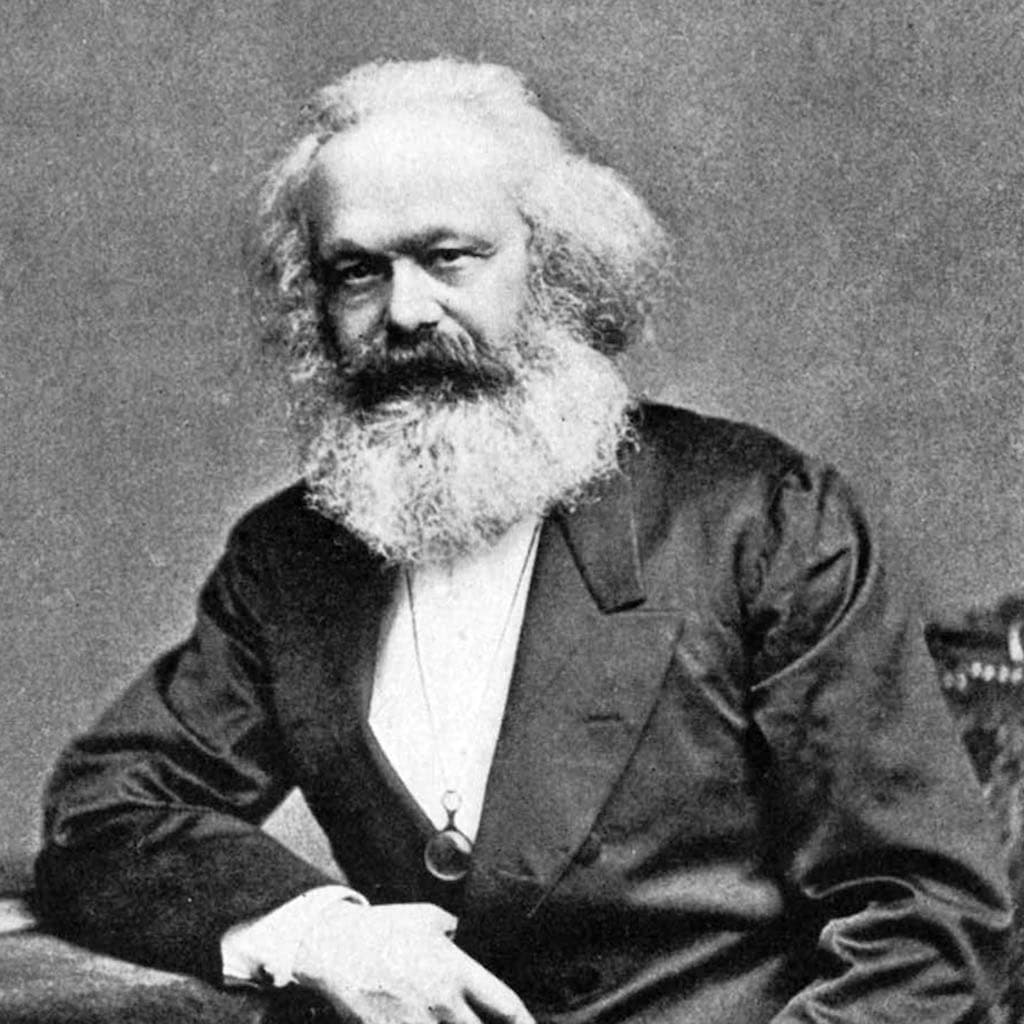 History repeats itself, first as tragedy, second as farce.

Karl Heinrich Marx was born into a middle class family in Germany on 5 May 1818 and was the son of a successful lawyer. He would go on to become the most influential socialist thinker of the nineteenth century, and although he did not live to see his ideas carried out in his own lifetime his writings formed the basis for modern communism.

At the age of seventeen Marx began studying law at the University of Bonn, and while there he met, and became engaged to, Jenny von Westphalen. Due to his poor grades, the following year Marx’s father sent him to the University of Berlin where he continued to study law for four years. Even at a young age, Marx engaged in political activities, and became a member of the Young Hegelian Movement, which included the theologians Bruno Bauer and David Friedrich Strauss. The group produced a radical critique of Christianity and opposed the Prussian political system. While at the University of Berlin he wrote his doctoral thesis, The Difference Between the Democritean and Epicurean Philosophy of Nature, which he finished in 1841. It was too controversial for the conservative professors at Berlin, so it was submitted to the more liberal University of Jena, who awarded him a PhD based on it.

Marx moved into journalism, and in October 1842 became editor of the liberal newspaper Rheinische Zeitung until the Prussian Government forced its closure due to Marx’s articles, the final nail in the coffin for the newspaper being an article Marx wrote in which he strongly criticised the Russian Monarchy, who were then an ally of the Prussian Monarchy. Marx was never someone to let the thoughts of society stop him, even in his social life. He went on to marry Jenny in 1843, which broke three social taboos. Firstly it was a marriage of a daughter from noble background to a man of Jewish origin. Secondly, Marx was from a middle class family and Jenny was upper class, and finally, Marx was a younger man marrying an older woman.

After moving to Paris in 1843, he began writing for other radical newspapers, and continued pursuing the socialist agenda, by editing the short lived Deutsch-Franzosische Jahrbucher. This was intended to bridge French socialism and the German Hegelians which Marx had been involved with. Whilst in Paris, Marx also set down his communist views in a series of writings known as the Economic and Philosophical Manuscripts, written in 1844 but not published until the 1930s. He also befriended his life-long collaborator, Friedrich Engels (1820-1895). Engels’ book, The Condition of the Working Class in England in 1844 convinced Marx that the working class would be the agent and instrument of the final revolution in history. Marx’s political views soon drew attention to himself again, when began writing for the only uncensored German language radical newspaper in Europe, Vorwarts!. After a request from the Prussian King, the French government agreed to shut down the newspaper and expel Marx.

Expelled from France in 1845, Marx spent two years in Brussels, where his partnership with Engels intensified. Marx was convinced that the current mode of industrial capitalism would collapse and be replaced by communism. He joined, and became a leading figure of, the Communist League, and with Engels, co-authored the pamphlet The Communist Manifesto which was published in 1848.

After the Revolutions in various countries in 1848, Marx temporarily moved back to Paris and again attempted to re-publish his Rheinische Zeitung, renamed, Neue Rheinische Zeitung. He was again expelled from Paris as the authorities considered him a political threat. Unwelcome in France, Belgium and Germany, in 1849 Marx moved to London where he was to spend the remainder of his life.

Marx remained optimistic of revolution in Europe, and dedicated himself to studying political economy in order to determine what causes and conditions would result in a crisis necessary to lead to revolution. For a number of years, his family lived in poverty in a flat in Soho Square. Marx and Jenny had four children by the 1850s, and two more were to follow. Only three survived however. The wealthier Engels was able to support them to an increasing extent as profits from his cotton spinning business in Manchester improved. Gradually, Marx emerged from his political and spiritual isolation and produced the first volume of his most important body of work, Das Kapital (1867). The first volume was published in his lifetime, while the remaining volumes were edited by Engels after his friend’s death.

In his final years, Marx was in creative and physical decline. He spent time at European health spas in search of recuperation, and was deeply distressed by the death of his wife, in 1881. He died on 14 March 1883 and was buried at Highgate Cemetery in North London. Engels’ eulogy at his friends funeral finished with “His name will endure through the ages, and so also will his work”. 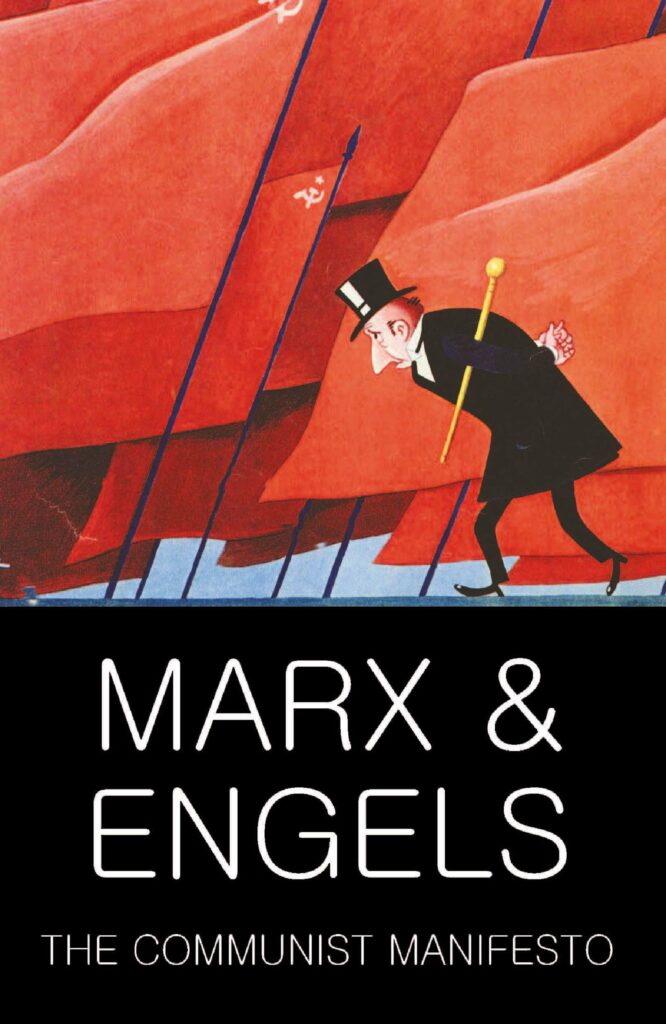 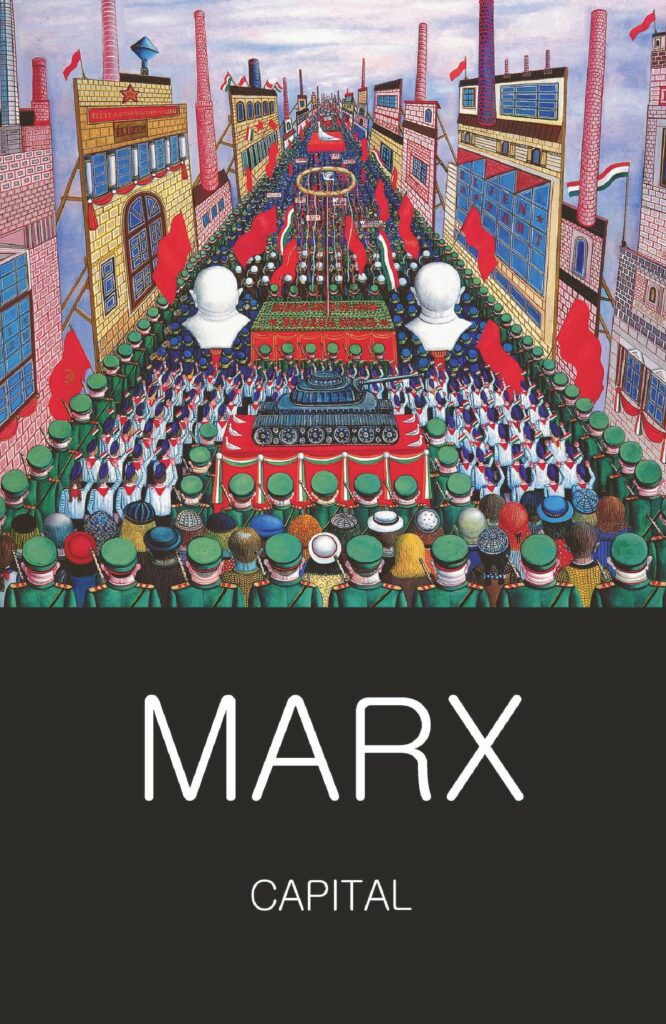