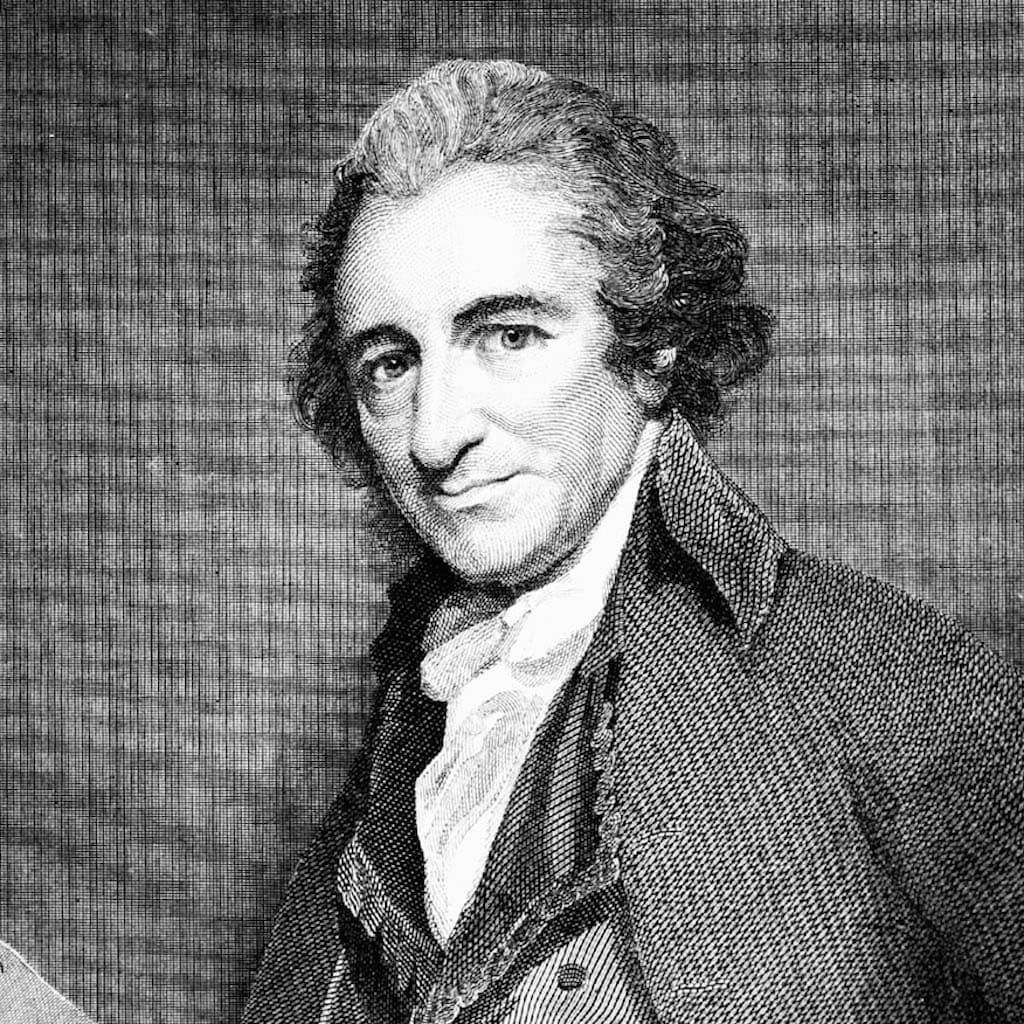 The real man smiles in trouble, gathers strength from distress, and grows brave by reflection.

Born in Norfolk, Thomas Paine (1737 - 1809) emigrated to the British colonies in America in 1774, in time to support and participate in the fight for American independence. Subseqently, he became involved in the French Revolution, and his book 'The Rights of Man' earned the respect of liberals throughout the world, international repute and the ire of the British Government. His popularity suffered a complete collapse with the publication of 'The Age of Reason', with its attack on Christianity, and religion in general, although, in time, the book could be seen to reflect the underlying trend in American thought in the eighteenth century, and 'The Rights of Man' to define many of the principles of both of the revolutions in whuch he participated.

Thomas “Tom” Paine was born on 9th February 1737 in Norfolk, England. He was an author, pamphleteer, radical, inventor, intellectual, revolutionary, and one of the Founding Fathers of the United States. He has been called “a corsetmaker by trade, a journalist by profession, and a propagandist by inclination”.

Born in Thetford, Norfolk, Paine emigrated to the British American colonies in 1774 in time to participate in the American Revolution. His principal contributions were the powerful, widely read pamphlet Common Sense (1776), advocating colonial America’s independence from the Kingdom of Great Britain, and The American Crisis (1776–1783), a pro-revolutionary pamphlet series.

Paine was also deeply involved in the early stages of the French Revolution. He wrote The Rights of Man (1791), in part a defence of the French Revolution against its critics, in particular the British statesman Edmund Burke. Despite not speaking French, he was elected to the French National Convention in 1792. The Girondists regarded him as an ally, so, the Montagnards, especially Robespierre, regarded him as an enemy. In December of 1793, he was arrested and imprisoned in Paris, then released in 1794. He became notorious because of The Age of Reason (1793–94), his book advocating deism, promoting reason and freethinking, and arguing against institutionalized religion and Christian doctrines. He also wrote the pamphlet Agrarian Justice (1795), discussing the origins of property, and introduced the concept of a guaranteed minimum income.

Paine remained in France during the early Napoleonic era, but condemned Napoleon’s dictatorship, calling him “the completest charlatan that ever existed”. In 1802, at President Jefferson’s invitation, he returned to America where he died on June 8, 1809. Only six people attended his funeral as he had been ostracised due to his criticism and ridicule of Christianity. 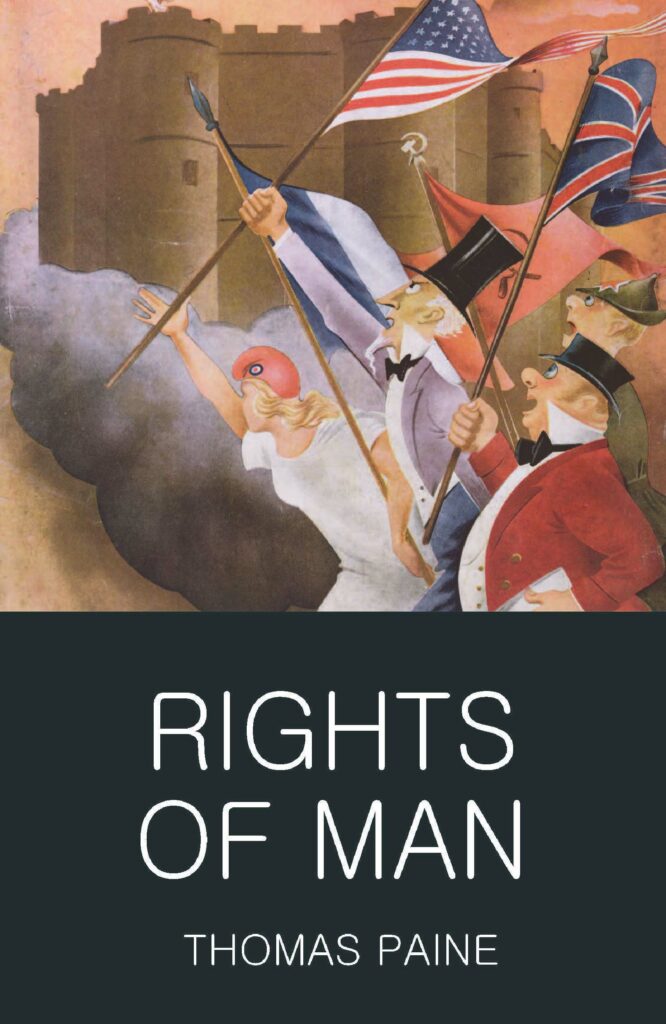