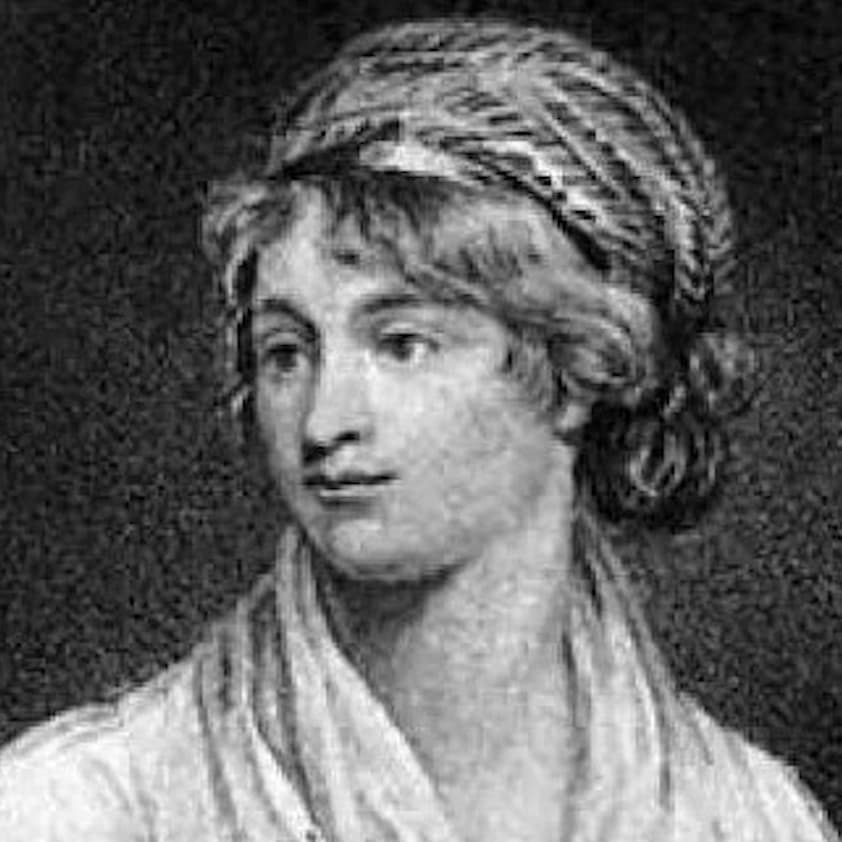 Can this be in human nature! — Can such
horrible perversion of right be permitted!

Although Ann Radcliffe (1764 - 1823) did not invent the Gothic novel, she was a major factor in its development and popularity, and her work was very influential on many later writers, including Jane Austen. Her two best-remembered books are 'The Mysteries of Udolpho' (1794) and 'The Italian' (1797).

Although Ann Radcliffe did not invent the Gothic novel, she was a major factor in its development and popularity, and her work was very influential on many later writers, including Jane Austen.

There is not a wealth of information about her; a shy child, she remained reclusive through most of her life. The picture used here is the one which traditionally portrays her, but there is some doubt whether a true likeness of her exists. Born Ann Ward, on 9 July 1764 in Holborn, London, she was the daughter of William Ward, a haberdasher, and Ann Oates. In 1787 she married William Radcliffe; he was an Oxford graduate and editor of the English Chronicle. They had no children, but she travelled extensively with her husband, and her pet dog.

Ann started writing initially to occupy her time while her husband was at work, but eventually, she wrote six books. The first, The Castles of Athlin and Dunbayne: A Highland Story, was a story of Scotland in the Middle Ages and was published in 1789. It established the style of her books, in which the brooding landscape plays a significant part, and is described in considerable detail. Medieval castles threatened but plucky heroines and apparently supernatural events with rational explanations all formed part of the mixture. A Sicilian Romance published in 1790, and set, as the title suggests, in Sicily, tells the story of Julia, the spirited heroine who must stand up to her overbearing father, the Marquis of Mazzini, who wishes her to marry against her will. The first two novels were published anonymously and attracted little attention.

Her style matured in Romance of the Forest published in 1791. The story is centred on a Gothic castle, which practically becomes a character in its own right:

‘The lofty battlements, thickly enwreathed with ivy, were half demolished, and become the residence of birds of prey. Huge fragments of the eastern tower, which was almost demolished, lay scattered amid the high grass, that waved slowly to the breeze.’

The story, with its air of mystery and suspense with supernatural elements, caught the public’s imagination. Once again, the first edition was published anonymously, to begin with, but its popularity was such that it was reprinted quickly, and Radcliffe’s name was established.

She and her husband were seasoned travellers on the continent, and her next book, A Journey Through Holland and the Western Frontier of Germany, published in 1795, recounted their experiences.

The last two novels that were published during her lifetime were considered her finest: The Mysteries of Udolpho (1794) and The Italian (1797), for which she received payments of £500 and £800 respectively. Udolpho was probably her most Gothic novel and was parodied by Jane Austen in Northanger Abbey. In it the courageous French heroine, Emily St. Aubert, is orphaned after the death of her father. She is obliged to live with her aunt and guardian, Madame Cheron, who marries the villainous Italian brigand, Montoni. Montoni imprisons them both in the sinister castle of Udolpho, where Emily experiences a series of terrifying and seemingly supernatural events but wins through to find happiness in the arms of the man of her dreams.

The Italian is set in 18th Century Italy and tells the tale of the resolute heroine, Ellena Rosalba, and how her attempts to marry the handsome young nobleman, Vincentio di Vivaldi, are frustrated by her mother, in league with the villainous monk, Schedoni. After many trials and tribulations, she wins, etc.

Never seeking the limelight at any stage in her writing career, Radcliffe became increasingly reclusive in her later years and ceased writing many years before her death. There are two schools of thought on the reasons for this. It may have been due to illness, but it is believed that she was shocked by the publication of Matthew Lewis’ The Monk in 1796, which was considered a scandalous piece of work. She is said to have written The Italian in an attempt to save the Gothic genre but became increasingly disenchanted. There were rumours of a nervous breakdown, and even insanity, but when she died on February 7th, 1823 her husband insisted it was due to an asthma attack.

She wrote her final book, Gaston de Blondeville, in 1802, but it was not published during her lifetime, appearing finally in 1826. Set in the English court of Henry III in the 13th century, it has some fine descriptive passages, but its rambling plot leaves it as being considered one of her lesser works. She wrote some poetry, which served only to confirm her talent lay in prose.

The list of poets and authors than can be perceived to have been influenced by her writing is a lengthy one. Certainly, Charlotte Brontë’s Jane Eyre, Emily Brontë’s Wuthering Heights, Wilkie Collins’s The Woman in White and Charles Dickens’s Little Dorrit all contain elements identifiable with Radcliffe’s work. 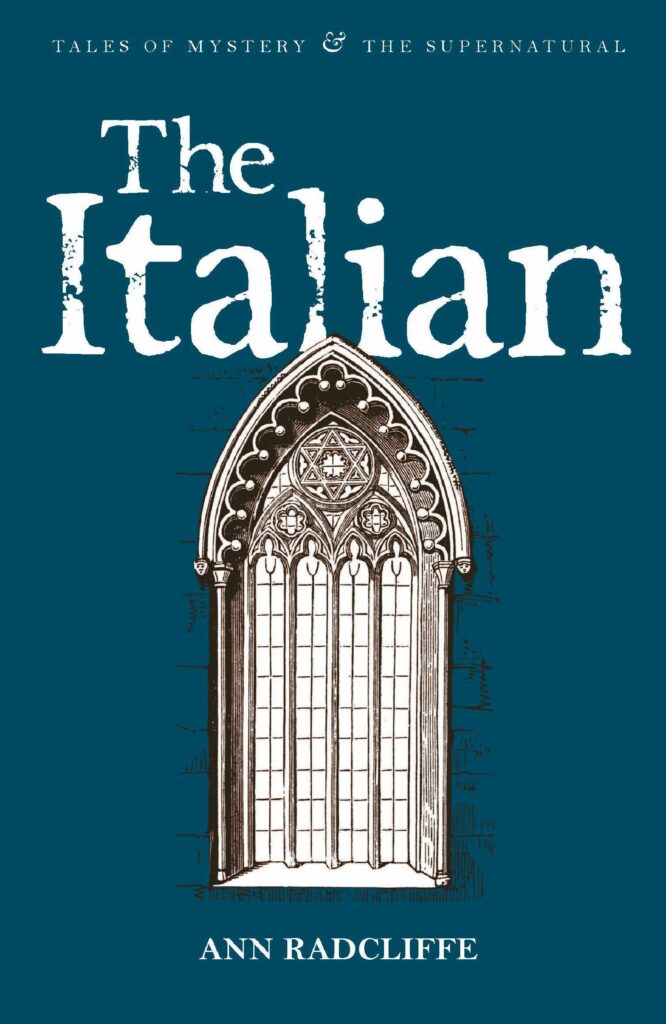 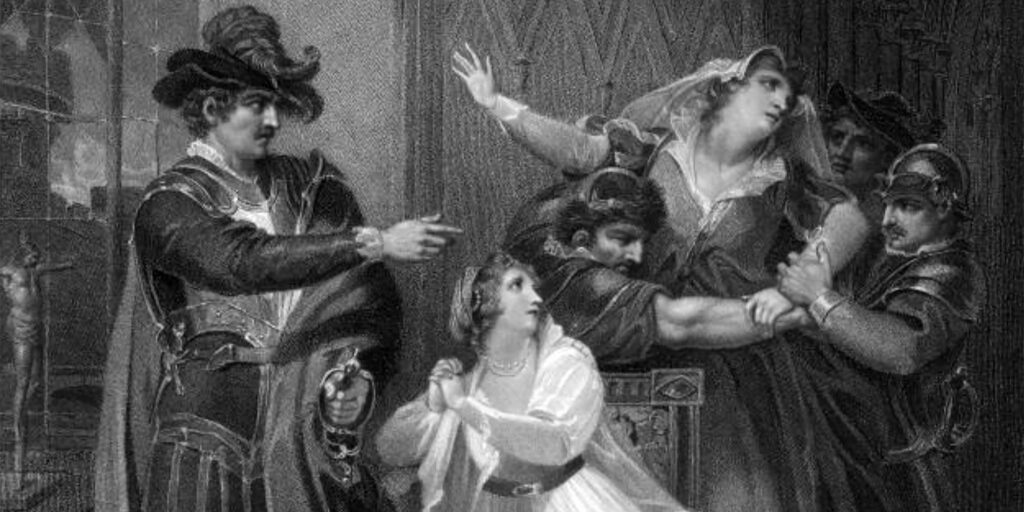