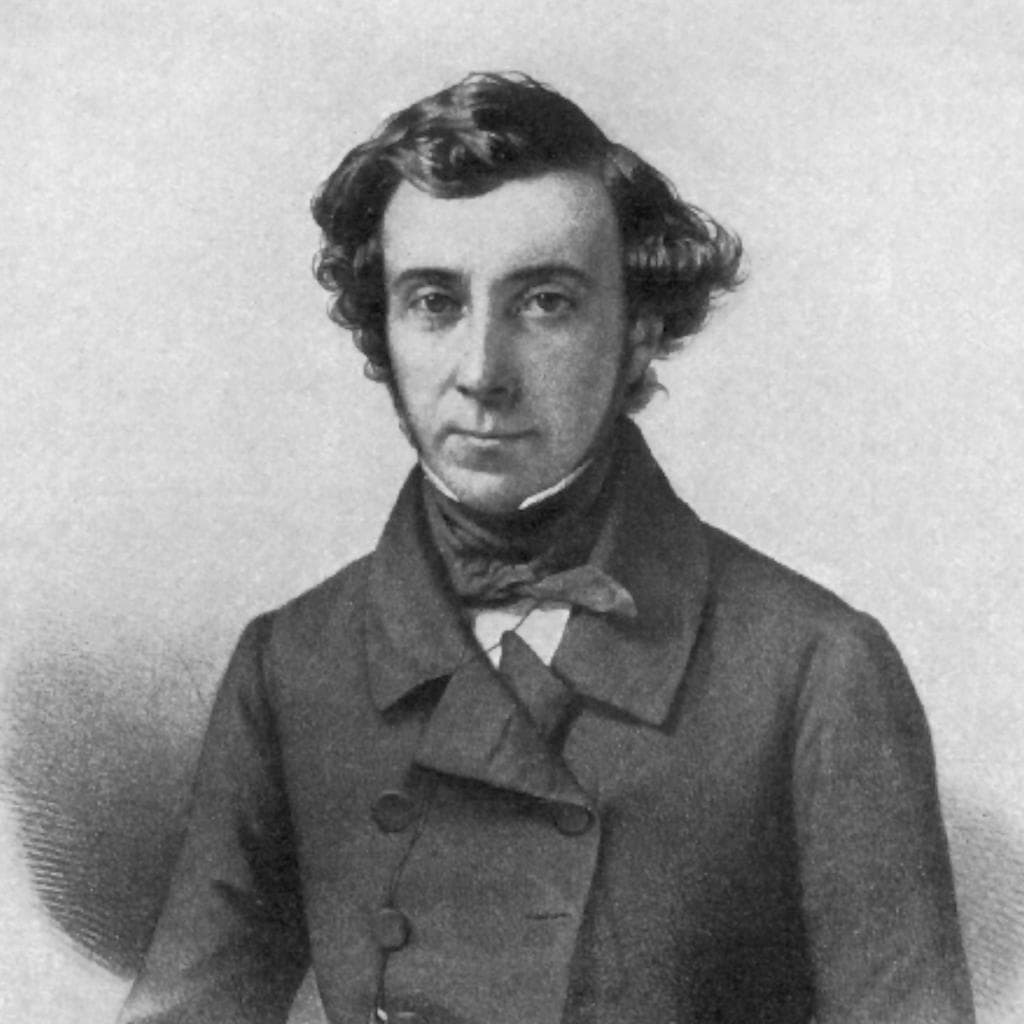 History is a gallery of pictures in which there are few originals and many copies.

Alexis de Tocqueville (1805 - 1859) was a French philosopher. His 'Democracy in America' is a classic of political philosophy. Hailed by John Stuart Mill and Horace Greely as the finest book ever written on the nature of democracy, it continues to be an influential text on both sides of the Atlantic, and above all in the emerging democracies of Eastern Europe.

Alexis de Tocqueville was born on 29 July 1805 in Paris. He came from an old Norman aristocratic family with ancestors who participated in the Battle of Hastings in 1066. His parents, Hervé Louis François Jean Bonaventure Clérel, Comte de Tocqueville, an officer of the Constitutional Guard of King Louis XVI, and Louise Madeleine Le Peletier de Rosanbo, narrowly avoided the guillotine when Robespierre fell in 1794. After exile in England, they returned to France during the reign of Napoleon. Under the Bourbon Restoration, his father became a noble peer and prefect.

Alexis deTocqueville, who despised the July Monarchy (1830–1848), began his political career at the start of the same period, 1830. Thus, he became deputy of the Manche, a department of France in Normandy, a position which he maintained until 1851. In 1831, he obtained from the July Monarchy, a mission to examine prisons and penitentiaries in America, and proceeded there with his life-long friend Gustave de Beaumont. He returned in less than two years, and submitted a report, which was later published as the famous De la Démocratie en Amerique (Democracy in America), which appeared in 1835. In parliament, he defended abolitionist views and upheld free trade, while supporting the colonisation of Algeria, which was continued by Louis-Philippe’s regime. Tocqueville was also elected general counsellor of the Manche in 1842, and became the president of the department’s conseil général between 1849 and 1851.

Apart from America, Tocqueville also made an observational tour of England, producing Memoir on Pauperism (1841) In 1841 and 1846, he travelled to Algeria. His first journey inspired his Travail sur l’Algérie, in which he criticized the French model of colonisation, which was based on an assimilationist view, preferring instead the British model of indirect rule, which avoided mixing different populations together.

After the fall of the July Monarchy during the February 1848 Revolution, Tocqueville was elected a member of the Constituent Assembly of 1848, where he became a member of the Commission charged with the drafting of the new Constitution of the Second Republic (1848–1851). His proposals regarding his amendment about the President and his re-election, underline the importance that he placed on his American experiences. Despite being a supporter of Cavaignac and of the parti de l’Ordre, Tocqueville accepted an invitation to enter Odilon Barrot’s government as Minister of Foreign Affairs from 03 June to 31 October 1849. There, during the troubled days of June 1849, he pleaded with Jules Dufaure, Interior Minister, for the re-establishment of the state of siege in the capital and approved the arrest of demonstrators. Tocqueville, who since February 1848, had supported laws restricting political freedom, approved the two laws enacted immediately after the June 1849 days, which restricted the liberty of clubs and freedom of the press. This active support in favour of laws restricting political freedom stands in contrast to his defence of freedoms in Democracy in America. A closer analysis reveals, however, that Tocqueville favoured order as an essential requirement for the conduct of serious politics. He wanted to bring the kind of stability to French political life that would permit the steady growth of liberty, unimpeded by the regular rumblings of the earthquakes of revolutionary change. 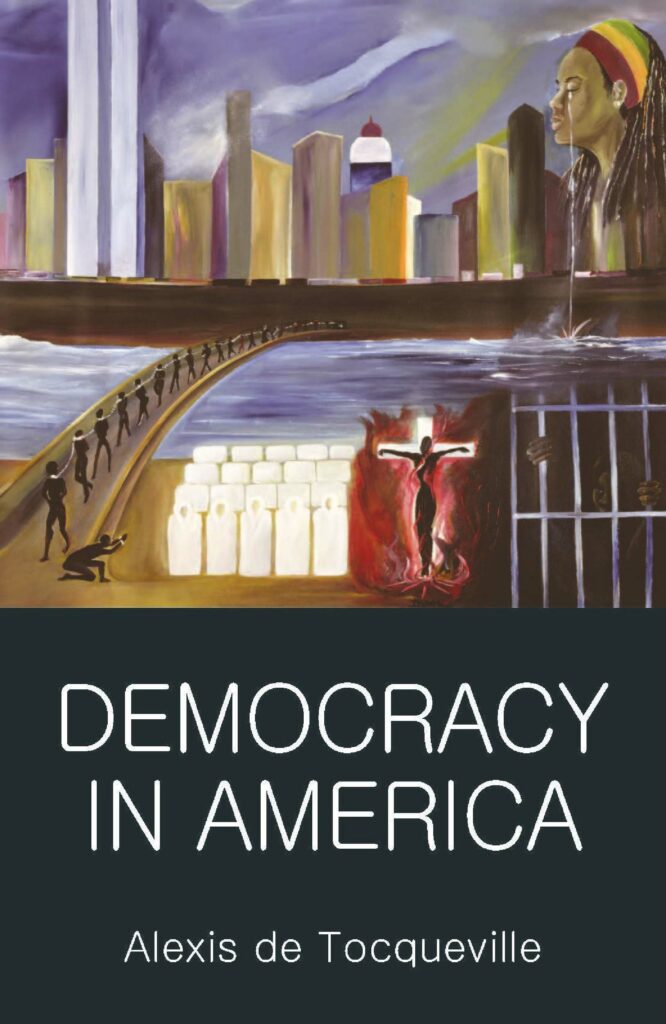 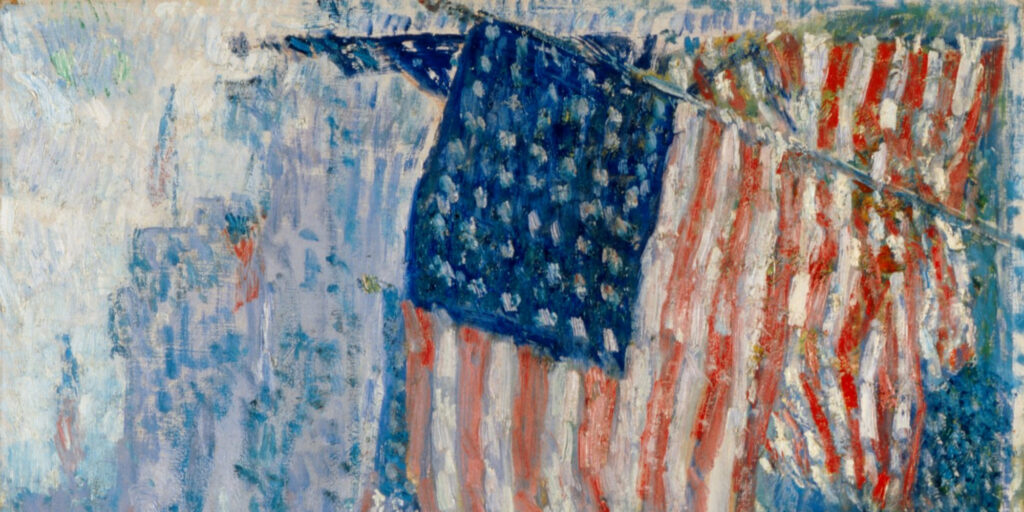 In America, no one can hear you scream