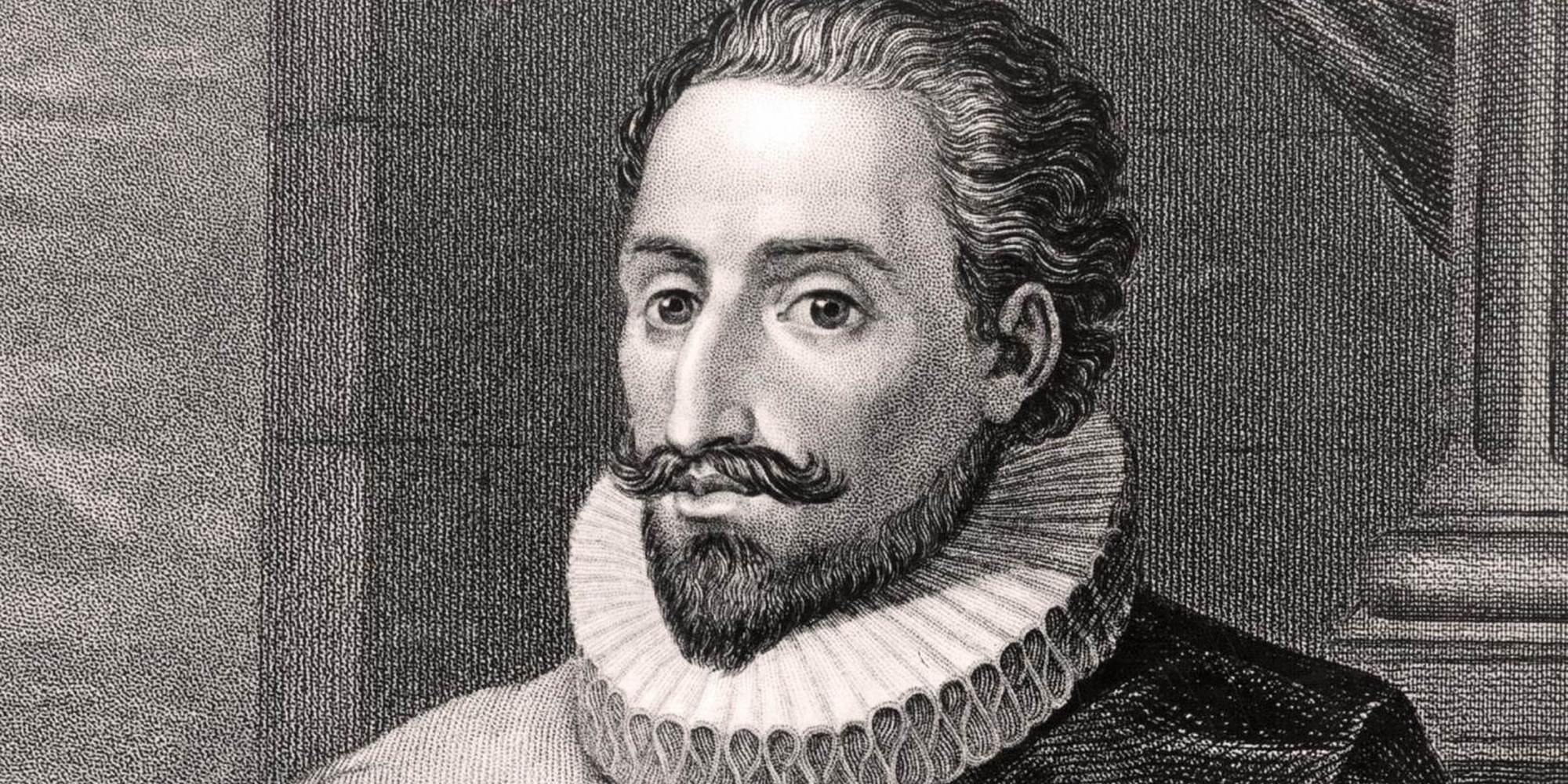 Cervantes – The Man of Madrid and Don Quixote

David Stuart Davies looks at a great comic novel that also functions as a historical one.

Miguel De Cervantes Saaverda was born in Madrid in 1547. His father, Rodrigo, who was deaf from birth, worked as a surgeon – a lowly trade at the time.

Cervantes and his family moved homes often in his youth, as his father searched for better work prospects. His unsettled life, which was one of hardship and dramatic incident, would have made a picaresque novel of its own.

After studying in Madrid, Cervantes, seeking adventure, travelled to Rome to become a soldier. He fought courageously in the great battle of Lepanto in 1571 and was shot through the hand in such a way that he never regained full use of it. Nevertheless, he recovered sufficiently to participate in several other military escapades before being taken prisoner by the Turks.

He spent five years in servitude, making four unsuccessful attempts to escape. Finally, he returned to Madrid in 1580. During the next twenty years, he led a nomadic existence working as a purchasing officer and a tax collector. He suffered bankruptcy and was imprisoned several times because of the irregularities of his accounts.

The first published works by Cervantes appeared in 1569 when he contributed some poetry to a memorial collection after the death of Elizabeth of Valois, the wife of Spanish king Philip II. He published his first novel, La Galatea, in 1585.

However, this pastoral romance failed to make much of an impression. Around the same time, Cervantes tried his hand at writing plays. This was a lucrative profession for theatrical dramas were an important form of entertainment in Spain at the time, and a successful playwright could earn a good living. Unfortunately, Cervantes did not achieve fortune and fame with his plays. In fact, only two of them have survived.

Cervantes’ literary fame rests on the magnificent novel, Don Quixote. The legend has it that it was during his time in gaol that he conceived the idea of this mammoth tale.

He published the first part of Don Quixote in 1605. The novel tells the story of an elderly man who becomes so enamoured by old stories of brave knights and their daring exploits that he decides to seek out his own adventures. Quixote soon gets lost in his own fantasy world, believing that he is one of these knights, and convinces a poor peasant, Sancho Panza, to serve as his squire. In one scene, Don Quixote even fights a windmill, mistaking it for a giant. Quixote regains his senses and realises his foolishness as the story ends.

The novel had for its genesis the satire of romances and chivalric tales, which were very much in vogue at the time, but the work grew and developed into a vast panorama of Spanish life and an expose of human aspirations and foibles.

While Don Quixote is a great comic novel, it also functions as a historical one. As character and incident come together against the background of contemporary Spain, Cervantes’ eye for detail gives us a clear insight into the rigid class structure of the country with its Dukes and Duchesses living in feudal luxury, the prosperous and comfortable middle class, the impoverished gentry, the military adventurers and the hard-pressed peasantry.

Also recorded are the dubious sexual morals of the time, which are based on a crude set of values by which honour is preserved so long as any seduction, however sordid, is eventually rectified by marriage.

The basic premise of the plot is simple enough: the elderly gentleman of La Mancha setting forth as a knight errant into the world to defend the oppressed and undo wrongs. The old man forever transforms the common into the extraordinary: windmills become giants; inns castles; galley slaves oppressed gentlemen.

In many ways Quixote represents the dreamer in all of us. While we repress the notion that we could achieve the impossible, this crazy old gentleman actually believes it. The squire’s prosaic perception of the truth provides a humorous and touching contrast to Quixote’s illusions.

This great comic novel presents us with two iconic universal characters: the lovable but delusional Don Quixote and Sancha Panza, a compound of grossness and simplicity, whose cunning selfishness leads him to place blind confidence in all the extravagant hopes, plans and impossible dreams of his master. They are literature’s greatest comedy team.

The novel became a best-seller, eventually being translated into more than sixty different languages and it remains popular today. Indeed, Cervantes is credited with writing the first modern novel. There is a timeless universality about the character of Quixote who, despite being old and deluded, has the courage to stand up to giants, even though in reality they are merely windmills. This mixture of bravery and courage has allowed Don Quixote to speak to readers all through the ages, to prompt laughter, to prick their conscience and to hold the mirror up to human nature.

The novel did not make Cervantes wealthy; at the time, authors did not receive royalties for their works. Nevertheless, the writer’s stylistic device of interpolating everyday speech was not only admired by the reading public but also brought him international fame as a man of letters. While receiving these accolades, the writer still struggled financially. He continued to write after the acclaim of Don Quixote, but he never achieved the same kind of success with his other works of fiction. All his other writings – plays and short novels – inevitably were placed in the shadow of the great Quixote.

Still a comparatively poor man, Cervantes died on 23 April 1616, in Madrid. He was buried on the grounds of a convent there, in an unmarked grave. His work has inspired and influenced countless other authors, including Gustave Flaubert, Henry Fielding Charles Dicken and Fyodor Dostoyevsky, who called the novel, ‘the ultimate and most sublime word of human thinking.’

The story of Don Quixote has been retold in many ways, including in the popular musical The Man of La Mancha and in artwork by Pablo Picasso. 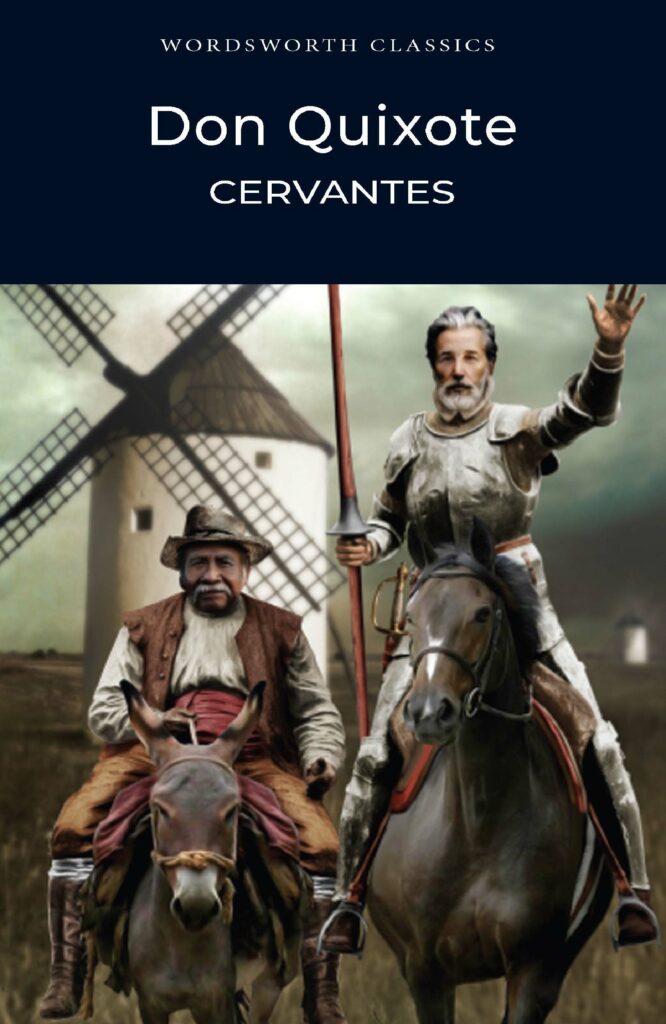 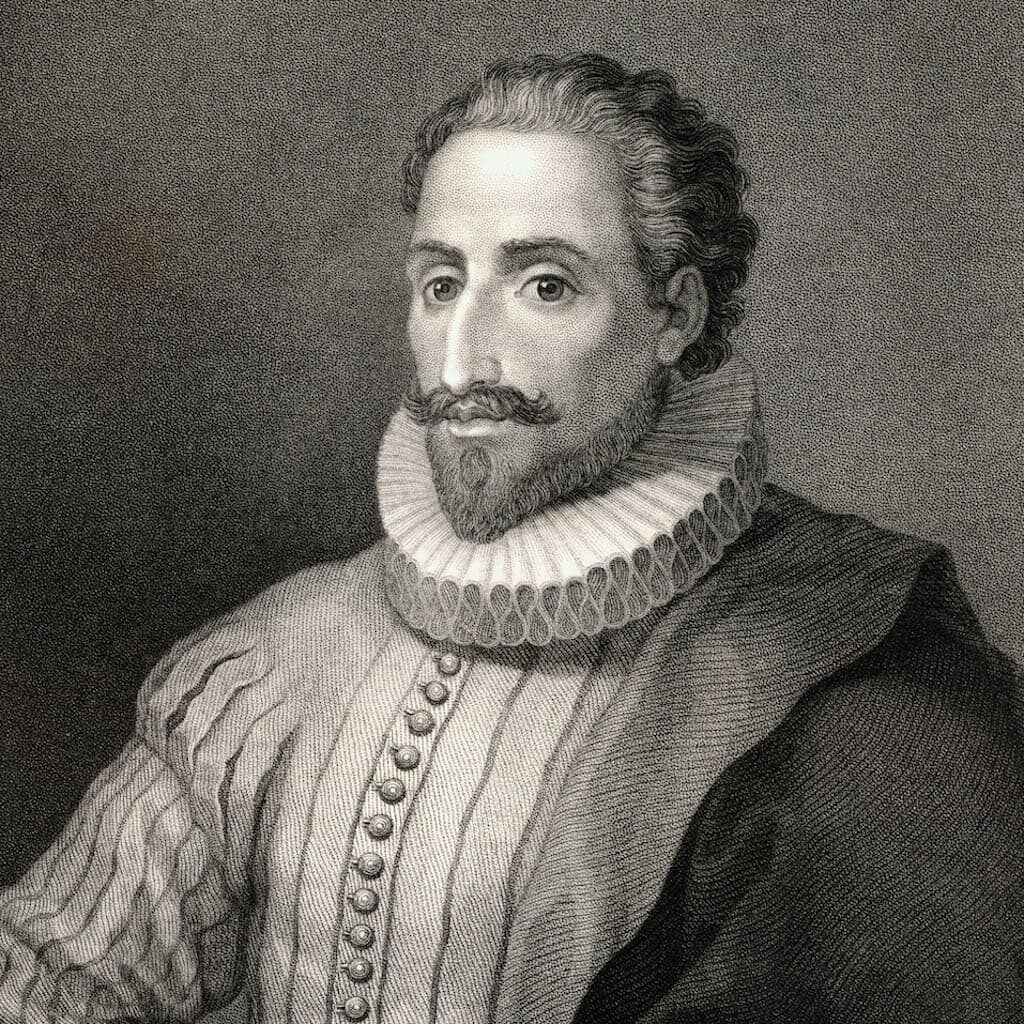 Miguel de Cervantes Saavedra was born in Alcala de Henares, near Madrid, Spain in 1547. His classic work, mostly written while he was in prison for debt, was 'The Ingenious Gentleman Don Quixote of La Mancha'. Part I was published in 1605, and was almost immediately hailed as a masterpiece. The second part was finally published to great acclaim in 1615, just before his death the following year.