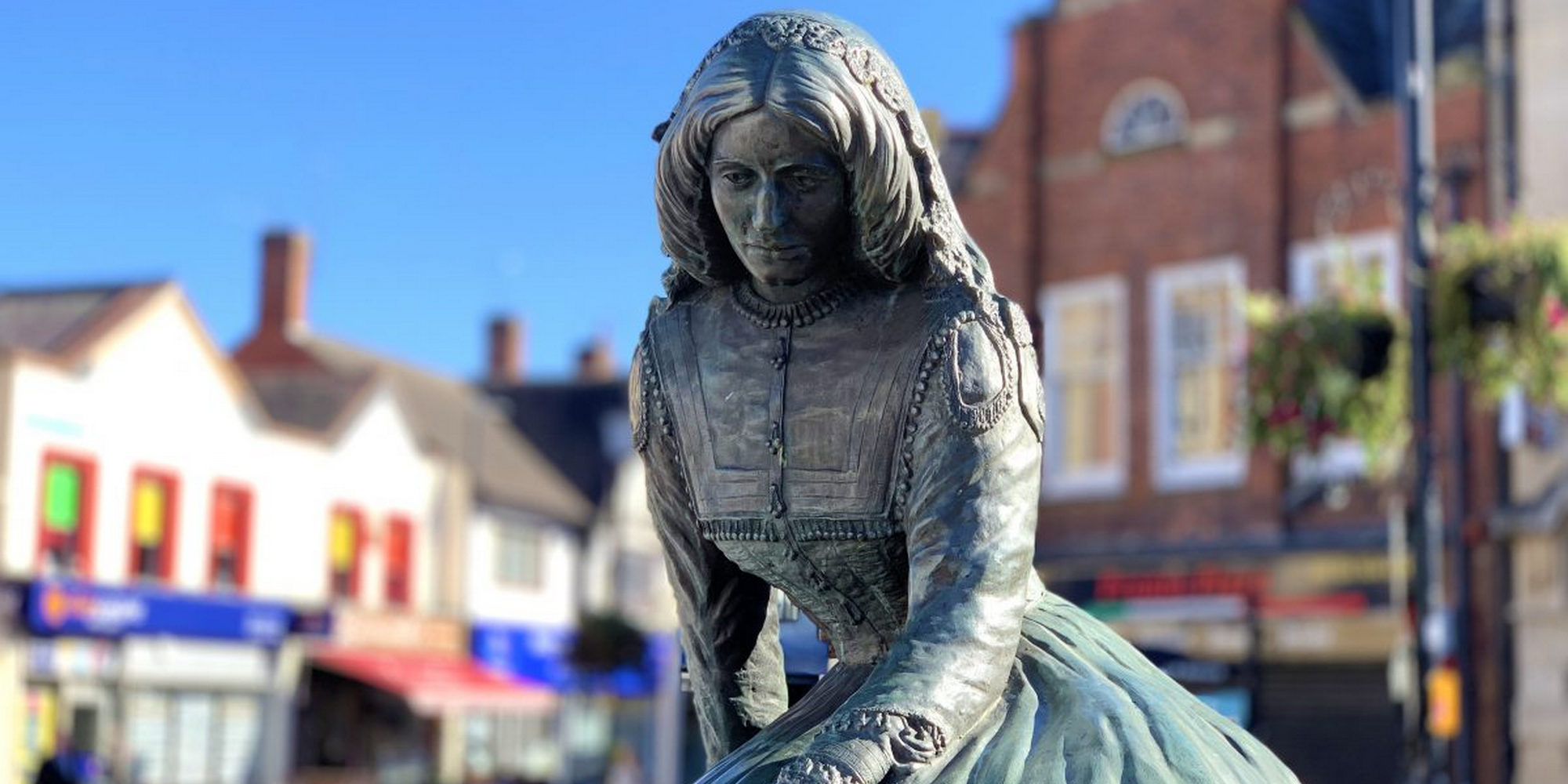 In the bicentenary year of George Eliot’s birth, Sally Minogue looks at her final and most controversial novel, Daniel Deronda.

Writing about Daniel Deronda (1876) in the current hectic political climate invites caution; and that is precisely what makes George Eliot’s novel so interesting. Eliot/Evans herself must have known that she would be courting controversy in making Jewishness her central fictional subject and exploring the very beginnings of Zionism in a sympathetic way. She creates a hero who turns out to be not the English gentleman he is presented as, but the child of Jewish parents who then takes up the cause of his newly discovered identity. And she pits a Jewish heroine against an English gentle (and gentile) woman, both seeking Deronda’s love. Nineteenth-century society was effortlessly and unthinkingly anti-semitic, for all Disraeli’s success, power and prominence. Fictional representations of Jewishness in Dickens and Trollope revealed a readiness to indulge in stereotypes which must have reflected and played to the prejudice of their readerships. Those highly successful authors show little complexity or empathy in their representations, and little willingness to go imaginatively beyond standard expectations.

Then along comes George Eliot. Eliot had already defied convention in her personal life, by living with George Henry Lewes as wife in all but name. And while it’s easy to write this now, without giving it close though, it must have been extremely difficult to live it out in her own society. Eliot was, then, an open thinker, perhaps an oppositional thinker, and one who had made herself secure in the openness of her own unconventionality. She was ready to take on a difficult subject. But why this particular subject? Eliot was widely and deeply read and commentators suggest that she would have read the works of Moses Hess in original German. Hess’s Rome and Jerusalem (1862) was one of the earliest arguments for a Jewish state in Palestine, embedded in socialist principles.[i] Through Mordecai, a central character in the novel, puts into words many of Hess’s principles.

But the particular writerly challenge for Eliot was to show the meeting of two worlds, that of English upper-class society whose anti-semitism was immediate and unexamined, and that of Jewish society in England, generally lower class and ill-represented. Now in spite of her empathetic intent, there are still many parts of this novel that make it uncomfortable reading. When Daniel is seeking out Mirah’s lost mother, he is tremendously relieved when he discovers that the Cohens are not her relatives. This is a shop-keeping and pawn-broking family who welcome him into their world, and who indeed have given the fullest shelter to Mordecai. But for Daniel, ‘if these were really Mirah’s relatives, he could not imagine that even her fervid filial piety could give the reunion with them any sweetness beyond such as could be found in the strict fulfilment of a painful duty.’ If Daniel were to reflect for a minute, he would see that if Mirah found her mother and brother, it wouldn’t matter what they were! It is difficult to know at this point whether Eliot is showing that Daniel shares the prejudices of his society, or whether indeed she is betraying her own prejudices.

Nonetheless, Eliot’s stroke of genius is to have Deronda, the eponymous hero, straddle both the Jewish and non-Jewish worlds. Initially, we see him as simply liberal and sympathetic, his rescue of Mirah from her self-drowning an act of human empathy. But, in a watery novel where drowning features more than once, Deronda is in the early chapters adrift upon the stream. Literally resting on his oars when he spots the unhappy Mirah, he is in need of a cause. She gives him one at first, but only as a shadow of the far greater cause that he will eventually espouse.

Narratively, this is a highly complex novel. The chapters where Deronda meets Mirah do not come till the second volume – in terms of the original instalments in which the novel was published, some way in. Conversely, the novel begins with Gwendolen Harleth and Deronda’s first sighting of and interaction with her, which in ‘real time’ actually take place subsequently to his saving of Mirah. The two episodes and interactions could not be more different. Gwendolen is gambling; Mirah is about to take her life. In both cases, Daniel is the saviour; but ostensibly, Mirah’s case is far more serious than Gwendolen’s. However, as the novel develops, we see that Gwendolen is in just such a state of existential distress as Mirah, in spite of the venal means whereby she expresses it. It is Daniel’s gift, perhaps, that he treats both cases equally.

It is Eliot’s gift that she writes better, in this novel anyway, about the woman who is deeply flawed, even meretricious, than she does about the one who is good. While this has led to an imbalance in the novel, which some critics have confused with an artistic imbalance between the ‘upper-class English society’ parts of the novel and the ‘Jewish’ parts, at the same time it delivers a writerly triumph in the character of Gwendolen. She is made shallow from the start, and it is tempting to think that the temporal disruptions of the novel which place the stay in Leubronn and the gambling episode at the head of the novel, are in part placed firmly in the reader’s imagination the memorable scene which symbolizes her wilful stupidity and carelessness. Eliot is indeed relentless for the whole of the first three books of the novel in exposing Gwendolen’s calculations and her lack of care or concern for anyone other than herself. Even where she does show some feelings of love and emotional surrender, to her mother, these are matched by an equal irritation with her and a complete lack of imaginative understanding of what her mother has been through. But if she does not show us any inklings of goodness in her ‘heroine’, she does show us something larger and grander – her terror.

The first revelation of this comes in Chapter 3 (chronologically set a year earlier than the first two chapters), when a hidden painted panel at their newly-rented home, Offendene, is shown to disclose ‘an upturned dead face, from which an obscure figure seemed to be fleeing with outstretched arms’. Gwendolen’s response is disproportionate, and it is accentuated when, playing charades in Chapter 6 with Gwendolen as the statue of Hermione, the panel flies open to reveal the unsettling image again. This elicits ‘a piercing cry from Gwendolen, who stood without a change of attitude but with a change of expression that was terrifying in its terror. She looked like a statue into which a soul of Fear had entered’. The combination of impersonating the apparently lifeless Hermione and the sudden apparition associates Gwendolen’s fear with death. But as later iterations of it suggest, it is more complex than that. ‘Solitude in any wide scene impressed her with an undefined feeling of immeasurable existence aloof from her, in the midst of which she was helplessly incapable of asserting herself.’ This is something like existential angst, the dissolving of the self into the immeasurability of the surrounding world – something we are more familiar with in the twentieth-century novel. It particularly distresses Gwendolen that it can, as here, seize her in the midst of company. Gwendolen’s terror will find its apotheosis in Grandcourt; even, perhaps, that is what draws her to him. As she herself realizes, ‘she was not going to marry [him] solely for her mamma’s sake … she was drawn towards the marriage in ways against which stronger reasons than her mother’s renunciation were yet not strong enough to hinder her’. It will lead to her moment of tragic resolution; and the workings of the novel will very very slowly allow her to find some measure of goodness too.

Mirah by comparison is inevitably a cypher; it is the eponymous Deronda who is the dramatic and emotional counterbalance to Gwendolen in the novel, and he who marries the supposed two parts of the novel, the Jewish and the non-Jewish parts. The novel was persistently seen as split in this way both by English critics who should have known better and by Jewish admirers who sought in the novel affirmation for their own aims. F.R. Leavis as late as 1982 actually proposed a whole new novel, Gwendolen Harleth, quarried from Eliot’s text – just leaving out the boring Jewish bits.[ii] And Mordecai Ben Hillel Hacohen, who in 1899 seized on Eliot’s novel as espousing the Zionist cause, was impatient with ‘Nearly all the first part and many chapters in the other parts [which] have nothing to do with the great idea, the cornerstone of the story, or with Mordecai.’ As they say, Eliot was clearly doing something right if each ‘side’ wanted to excise the other.

The impulse to excise is itself worrying, and inherently against the imaginative exercise that George Eliot was engaged in all her life. This brings us back to our current state. We have become frightened to explore areas of thought that are difficult and complex, that may lay us open to combat; or, reflexively, we become combative. Eliot was courageous in exploring one of the faultlines of her own society; and perhaps because of her fame and the following her many novels had attracted, she carried her reading public with her. To a twenty-first century audience, her attempts may seem creaky, even paternalistic. But she was always concerned to engage her reader in the lives of others. Read Daniel Deronda and see what you think!

[i] Hess’s emphasis on an analysis which emphasized race led to a break with Karl Marx and Friedrich Engels. 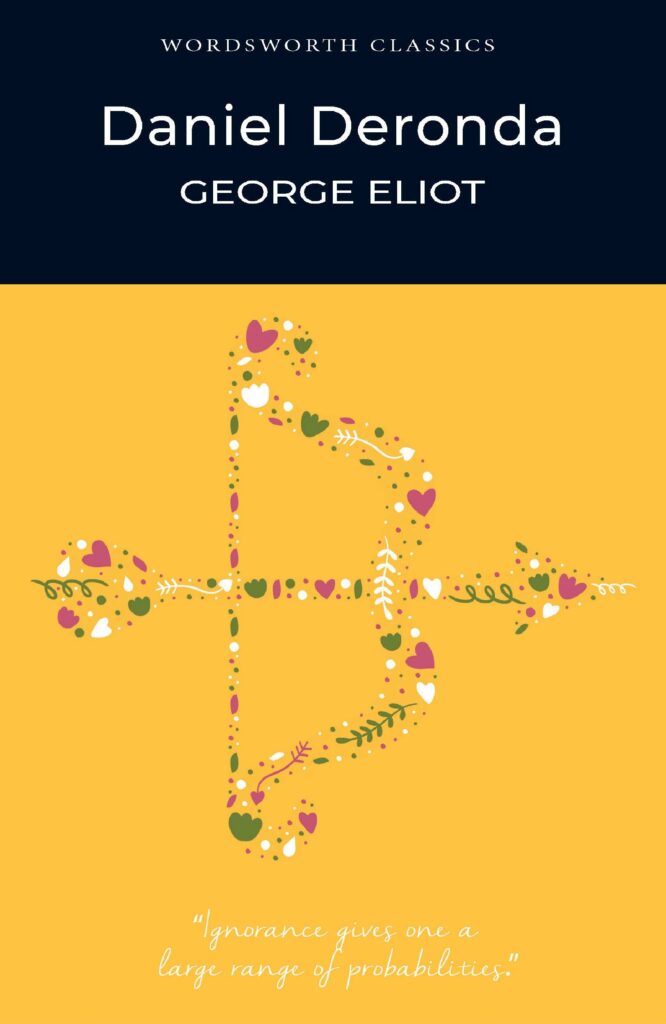 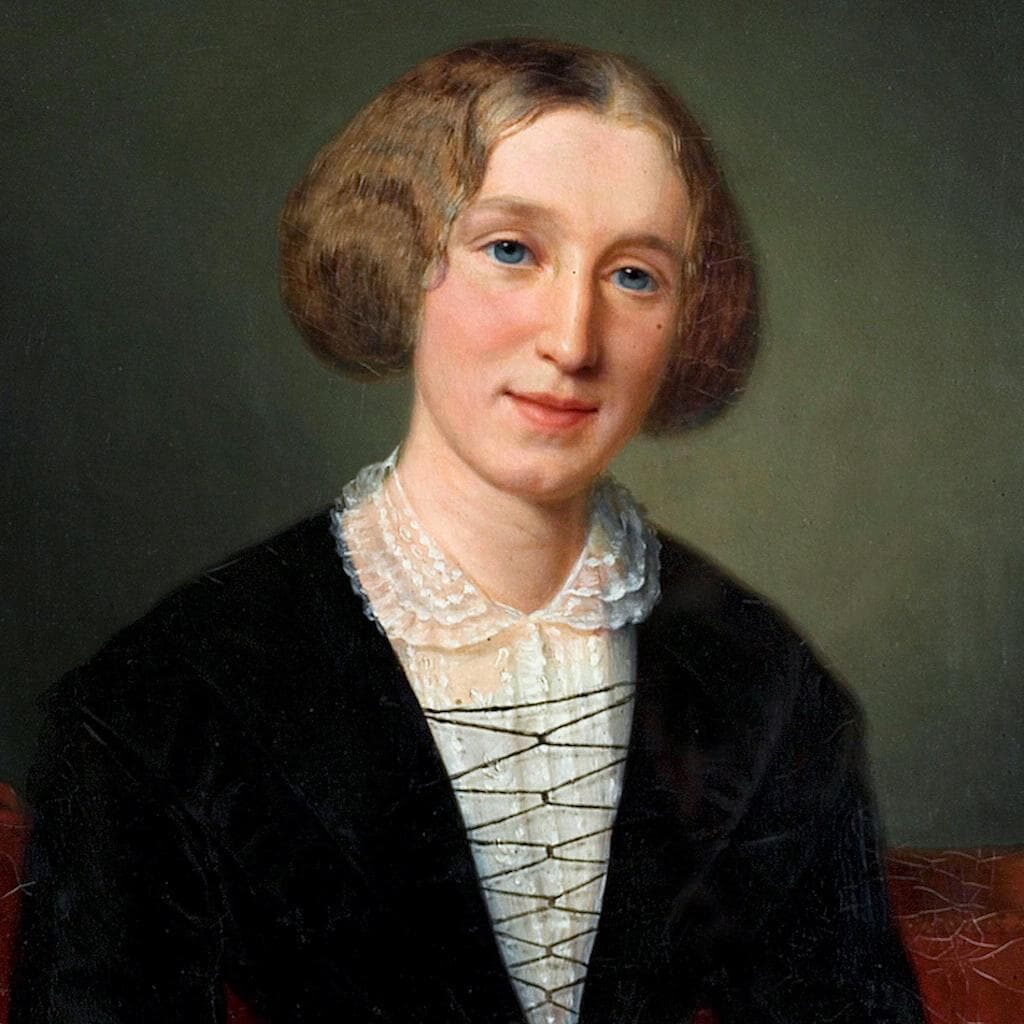