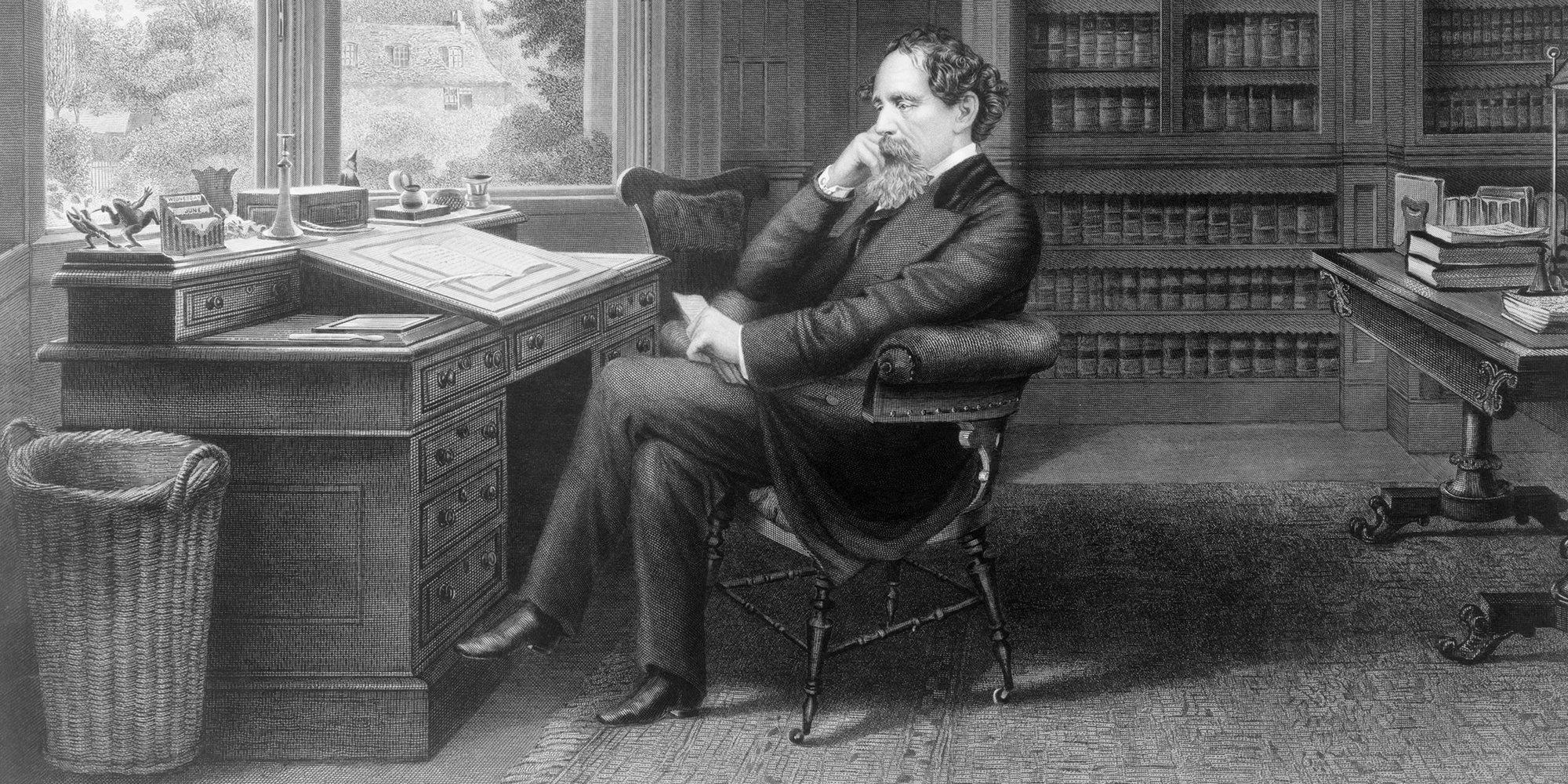 To coincide with the screening of ‘Dickensian’, guest writers select their favourite Dickens’ novel. Nicola Bradbury starts us off with Dombey and Son.

Dickens was an amazingly popular writer. From Pickwick onwards, his success, his output, and his readership grew exponentially. But the pace was punishing, and the demands on his inventiveness draining. In 1842 he ventured to America, but he provoked outrage with Martin Chuzzlewit’s satire on what he found there. Dickens told his friend John Forster, ‘I feel my power now, more than I ever did’, but he saw ‘how many readers do not think!’  but ‘take it on trust from knaves and idiots, that one writes too fast, or runs a thing to death!’ At home, even A Christmas Carol did not pay as he had hoped, and he changed publishers. Something new was needed, and he went abroad for a year (somewhere ‘CHEAP!’). This was more like it.  ‘Italy was the turning-point of his career’ records John Forster in the Life.

After Italy came to Dombey and Son (1847-48).  It is the first novel in which Dickens wrote out number plans as a guide to himself. Masterly plans deal with change, misunderstanding, and the disappointment of expectations: all deferrals of the love that must be ‘discovered and understood’. The design of a practised professionally for a subject divided against himself: an exercise in ‘power’ both for the author and in his imagined world.

In Dombey and Son the complications of the story actually contribute to this development. The novel structure acts as an analogue of Dombey himself, a compound of conflicting desires awaiting reconciliation. It’s also an investigation of the individual in relation to his world: a thoughtful, even philosophical enquiry that involves readers as well as character and author. The business world ties in with the private through ambition, fantasy, desire, and through privation and pain – for Dombey, as for Dickens, perhaps?

In the famous opening, Dombey, weighted down by his heavy chained watch and his creaking boots, watches with his daughter Florence at the deathbed of her mother, as little Paul lies in his cot. Dombey’s inner hurt is covert, and it is easy to miss (as he does). He is frozen while Florence moves. Yet the point of view is his. Even the rhythms of Florence’s love are mediated through Dombey’s attention: textual rhythms and angles of vision articulate a non-verbal subtext, effectively dramatizing what cannot be fully explained. Here the ground is laid for what Dickens called ‘the struggle with himself, which goes on in all such obstinate natures’, which provides the vital thread and twist between the Dombey of the opening and the close that creates the dynamic of the novel.

How fascinating, then, to compare this opening watchfulness of Dombey with Florence’s care for him, or with little Paul Dombey, ‘musing, listening, looking on, and dreaming’ as his final term at Blimber’s Academy plays out before him, and his own death draws near. Here, ‘For some hidden reason, very imperfectly understood by himself – if understood at all – he felt a gradually increasing impulse of affection towards almost everything and everybody in the place’, not excluding Diogenes the great shaggy dog. They cannot respond, however, for he is singular, alone, cut off.

The novel claims Paul in its title, as Dombey does at his christening, with his family name: his father’s name. Paul, in some sense, stands for his father – for some part of his father: the part that is wounded here. He loves his sister Florence, who will never take his place, but in due course take it up. Paul is everyone’s ‘little friend’ at the Academy. He looks searchingly even at Mrs Pipchin, who is ‘obliged to get up and look out of the window to avoid his eyes.’ Paul is intimate with everyone but unspeakably set apart. Not only from them but, in a strange way, from himself. Throughout chapter 14 Paul drifts in and out of consciousness. He encounters ‘a certain calm Apothecary’, whose ‘abstraction’ intersects with his own until they resolve it with a smile. The to and fro of speculation, expressed in meeting and retreating glances, is caught in the echo of words as well as looks: ‘with a cheerful smile, Paul smiled in return’. There’s a dance going on here, even before the end-of-term party. So too with the great clock on the stairs, ‘leaning all askew and… ogling him’. Which one is watching, when he thinks of the portrait on the stairs that ‘always looked earnestly after him, eying it over his shoulder’? ‘At the bedroom window, there were crowds of thoughts that mixed with these, and came on, one upon another, like the rolling waves.’ The incantation of the text insists on mingled experience, ‘crowds … mixed… like rolling waves’; but even this fluid dramatization revives a scene of distinct and separate awareness: of standing on the beach, listening to the other world of the sea. So now  ‘From his nest among the pillows, Paul could see and hear almost everything that passed as if the whole were being done for his amusement.’ And in the novel, I suppose, it is. All for him – and registered through him. Even Florence’s dancing takes a kind of physical form in his consciousness: ‘reports of her intelligence and accomplishments floated past him constantly’. She dances: her praises float; her intelligence, the intelligence of her, becomes his intelligence.

The narrative probes this process – indirectly, in the negative: ‘He did not know why.’ Then it turns to a different mode of understanding: not analytical, but comprehensive, as in the following extraordinary sequence:

For all that the child observed, felt, and thought, that night – the present and the absent; what was then and what had been – were blended like the colours in the rainbow, or in the plumage of rich birds when the sun is shining on them, or in the softening sky when the same sun is setting.

This gathers the aspects of Paul’s experience, folding them rhythmically within the soft pleats of a sequence of two-part phrases, from opposites to whole sets, from abstracts to images, animate and inanimate, small to vanishingly far. So, in one sentence, Paul’s party is held up for wonder. One long extravagant sentence. From party to parting.

But when Paul is, at last, wrapped up and carried downstairs and away from the Academy, and to the dark coach outside, it is not the distant sun or the rolling waves he carries with him, but the shining faces of his fellows, gathered to wish him well, and ‘From that time … it came back as he had seen it in this last view, and it never seemed to be a real place again, but always a dream, full of eyes.’ He has taken into his memory the spectacle of which he was the focal point. So the text bears witness to the witness of the feast – by shifting the register from Paul’s experience to recall, to memory, to mythologizing imagination.

The relationship between the ‘singular’ child whose desperate tenderness dissolves even Blimber’s Academy into a ‘bright and shining’ dream and the author orchestrating the scene is intriguing. Dickens’s letters, and the record in Forster’s Life, show the author’s intention to ‘slaughter [the] young and innocent victim’ clear in his advance planning. Yet when it happens, Dickens, away abroad, lives the event no less than his desolate readers. ‘Between ourselves’, he writes to Angela Burdett-Coutts, ‘Paul is dead. He died on Friday night about 10 o’clock; and as I had no hope of getting to sleep afterwards, I went out, and walked about Paris until breakfast–time next morning’ (18 Jan 1847).