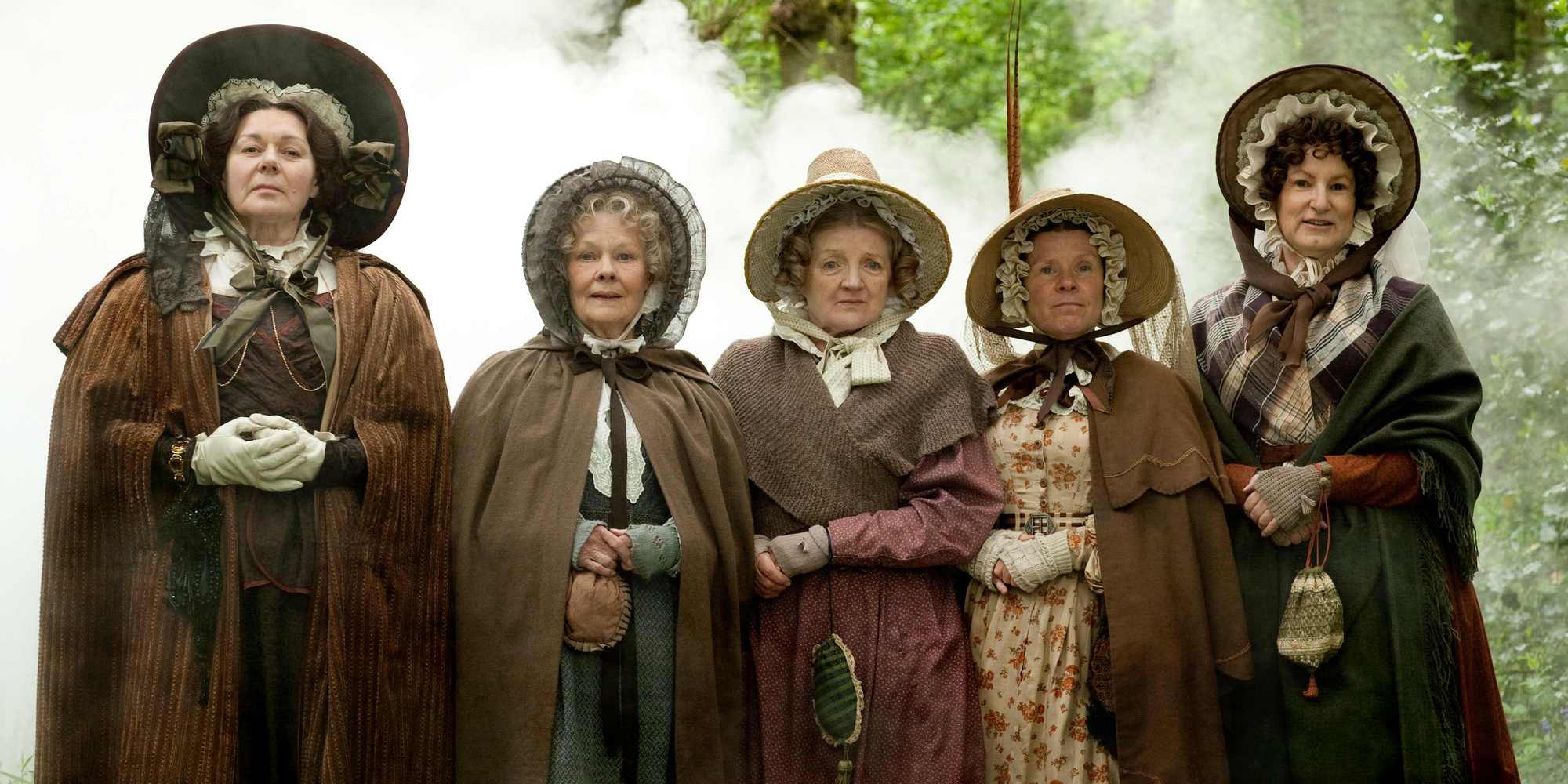 Below the benign surface of Elizabeth Gaskell, the author of Cranford, Sally Minogue recognises a radical spirit.

Elizabeth Cleghorn Gaskell was born in 1810 and died in 1865; her life thus spanned a period of great social and cultural ferment in nineteenth-century England. The greater part of her adult life (she married the Unitarian minister William Gaskell in 1832) was spent in one of the great industrial and economic centres of that period, Manchester. It was not until 1848, after the birth (and some deaths) of her children, immersion in the intellectual and cultural life of Manchester, and engagement with its profound social ills, that she published her first novel, Mary Barton. Thereafter, she produced five more complete novels and many short stories; her seventh and final novel Wives and Daughters was left short of its ending when she died suddenly in 1865 at the age of 55.

The BBC adaptation of Cranford in 2007, with luminaries such as Judi Dench and Eileen Atkins bringing Elizabeth Gaskell’s ‘Amazons’ into people’s front rooms, no doubt did wonders for the sale of the novel and made Gaskell known to a wider public. All is well and good. But Cranford is only one side of Gaskell, and the television version accentuated those qualities which place her writing as domestic, bourgeois, and unconcerned with the wider world. True, it also reminded the viewer of a less advertised dimension of nineteenth-century society, in which women had a role and power, and older women at that. The Daily Telegraph critic, James Walton [www.telegraph.co.uk], acutely compared the television adaptation to Coronation Street, pointing out that both depict a Northern world of matriarchs (gossips in the old sense) at the heart of a community where in the end everyone cares for everyone else, albeit with some minor explosions on the way. Walton is speaking of the Coronation Street of Ena Sharples and Elsie Tanner rather than of recent incarnations. But the comparison makes my point: the power of women in Cranford can be sustained only because it lies within a deeply conservative society.

When I was an undergraduate, a long 50 years ago, Cranford was all we read of Gaskell. And of course, then she was Mrs Gaskell. Even when Jenny Uglow brought out her authoritative biography of Gaskell in 1993, long after ground-breaking feminist re-readings of the nineteenth century, her very first sentence was ‘Most of us still talk of “Mrs Gaskell”’. That Mrs – now, one hopes, finally dispatched – carried an awful lot of weight. It was as though someone married (and happily it seems) couldn’t possibly present radical fictions of the sort provided by the iconically single and singular Brontës, or cerebral, philosophical novels such as those by George Eliot, who lived unmarried with G. H. Lewes. Yet both the Brontës and Marian Evans (George Eliot) had to succumb to a male identity to get their work published. Not so Gaskell.

I want to suggest three ways in which Gaskell was radically disruptive of the prevailing culture, and these should strike us as more extraordinary and powerful just because she was writing from an apparently orthodox place in society. The first is her representation of the working class. In Mary Barton, North and South and Sylvia’s Lovers she not only gives a major role to working-class characters but she represents their speech – perhaps at once the most difficult thing to do on the page, since it is so difficult to translate speech into print, but also a deeply subversive thing to do. The print itself, with its many apostrophes to mark dropped letters, its phonetic representation of sounds, and its new introduction of dialect words, forces the reader to shape their minds to a new language, and so to a different understanding of the world. Easy to forget, too, how complicated this was for the writer: she had to hear the dialect, but she also had to represent it, in longhand on the page – no word processors then! Nicholas Higgins in North and South and John Barton in Mary Barton are meticulously given their own forms of speech, and so they are likewise given power.

Similarly, women are placed centrally in Gaskell’s novels. Whether it is the matriarchs of Cranford, the rapidly growing-up Elizabeth Hale of North and South, the eponymous Mary Barton, or the half-formed Molly Gibson of Wives and Daughters, we see and share their thoughts and feelings as they face constant challenges. Of these, Elizabeth Hale is probably the most revolutionary of Gaskell’s heroines. She is her father’s spokesman, her mother’s carer, the family decision-maker, protector of her would-be lover Thornton against the strikers, yet also a friend of the radical working man, Higgins. True, the novel ends predictably in marriage, capital in the person of Thornton allied with humanity in the person of Margaret. But each has affected the other, and equally. Molly in Wives and Daughters also struggles towards independent selfhood. Having been advised by her friend Roger Hamley that she will feel better if she thinks of others rather than herself, she cries: ‘“No, I shan’t! … It will be very dull when I shall have killed myself, as it were, and live only in trying to do, and to be, as other people like.”’ Shades of Jane Eyre with her ‘Women feel just as men feel’. As readers, we surely cheer inwardly – well said, Molly!

Gaskell’s understanding of the politics of women stems from an acute understanding of the lived situation of being a woman, from her own point of view but also from her intimate observation of those around her. She doubtless felt the comfort and safety of her own position in relation to the extreme poverty of some of the working women, and men, that she rubbed shoulders with in Manchester. And here we come to the third element of Gaskell’s radicalism, her understanding that poverty and its politics were not just personal but institutional. In her novels, she gives voice to powerful critiques of capitalism, albeit that they are balanced by a conservatism which sees those who take power into their own hands against the institutions punished narratively.  John Barton combines the personal and the political in his great diatribe against the complacency of the masters: ‘“We donnot want dainties, we want bellyfuls; we donnot want gimcrack coats and waistcoats, we want warm clothes … We donnot want their grand houses, we want a roof to cover us from the rain”’. The subtext is, like Molly’s, like Mary’s, like Nicholas Higgins’ and like Jane Eyre’s too: we want justice between equals. While her contemporary Friedrich Engels was drawing on his study of Manchester to produce his masterly analysis of the relations between industrial capitalism, class and poverty in The Condition of the Working-Class in England (1845), Gaskell was putting that analysis into the mouths of working men and women, in novels which would enter a wide cross-section of people’s homes.

This is Gaskell’s true subversiveness, that she sees how the politics of the individual, of the family, of the working man and of the woman of whatever class, is linked directly to the politics of capital and the institutions of the state. But maybe not in the BBC’s Cranford!