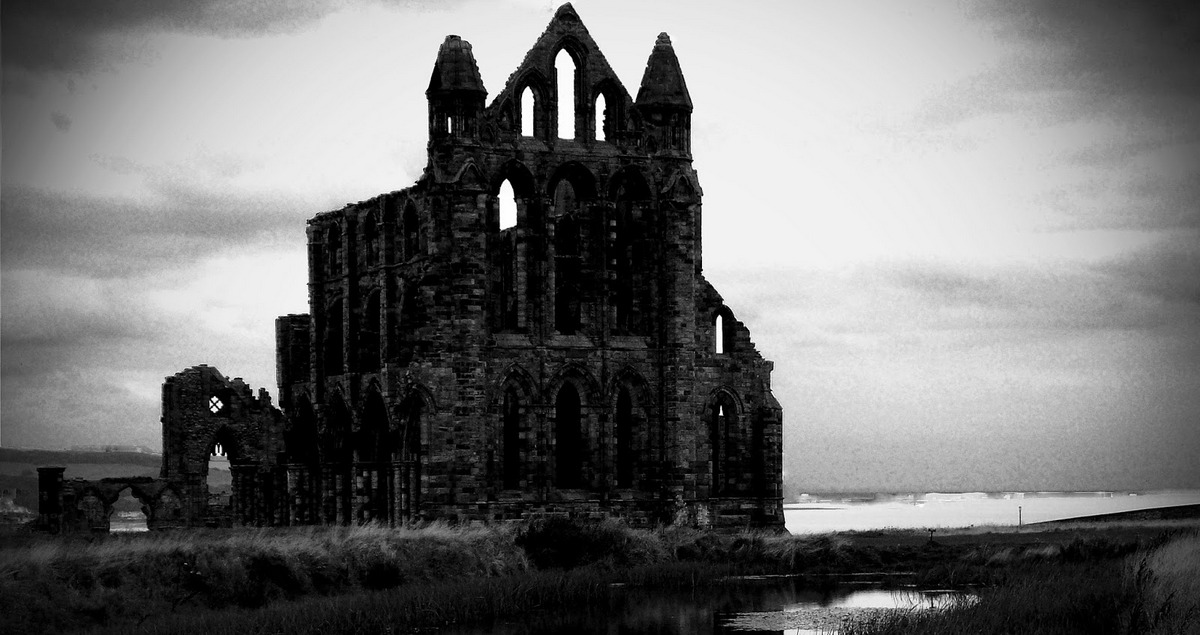 Part One: The Sparks Burst into Life

The Gothic novel, which became the vogue in the late eighteenth and early nineteenth centuries, contains a rich mixture of tragedy and romance, tinged with horror enacted in or around some form of a medieval or ‘Gothick’ architecture – a ruined castle, a deserted abbey and similar crumbling edifices. The novels feature murky tales of revenge, torture, ancient villainies punished and young sensitive love rewarded usually by supernatural or supposed supernatural means. These tales took the reader into the land of dark dreams and racy scenarios presenting possibilities that the standard novel failed to capture, providing delicious and tantalising forbidden delights. The Gothic novel was not about real life. Its rich, sensual hallucinatory qualities gave the reader an illicit thrill which still remains as potent and rewarding today.

The creators of these tales wanted to reshape the standard notion of literature from the smooth classical structure of the formal novel into a darker, older and more artificial style and as such Gothic literature is intimately associated with the revival of interest in Gothic architecture during the same era. Similar to the gothic revivalists’ rejection of the clarity and rationalism of buildings in the neoclassical style – all smooth clinical lines and regulated forms –  the literary Gothic embodies an appreciation of the joys of extreme emotion, the thrills of fear, dark unpredictability, awe inherent in the recherché and a quest for atmosphere. The ruins of gothic buildings gave rise to multiple linked emotions by representing the inevitable decay and collapse of human creations.  It was a fascination with this form of architecture that inspired the first wave of gothic novelists.

However, like the majority of so-called movements, whether in art or literature, there was no conscious decision by a group of writers to form themselves into a collective with a clear manifesto or to create fiction in a particular style. The genre was defined retrospectively and it developed through a kind of artistic osmosis.

The Castle of Otranto (1764) by Horace Walpole (1717 – 97) is often regarded as the first true Gothic romance. Walpole was obsessed with medieval Gothic architecture and built his own house in that fashion. Externally his property at Strawberry Hill in Richmond near London seemed to be a blend of two predominant styles: a style based on castles with turrets and battlements, and a style based on Gothic cathedrals with arched windows and stained glass. It was Walpole’s intention to create ‘a little Gothic castle.’

In Otranto, Walpole’s declared aim was to combine elements of the medieval romance, which he deemed too fanciful, and the modern novel, which he considered to be too confined to strict realism. The basic plot created other elements which became gothic staples, including a threatening mystery and an ancestral curse, as well as countless trappings such as hidden passages and oft-fainting heroines. Sir Walter Scott called it the ‘happy combination of supernatural agency with human interest.’

William Beckford’s (1759 – 1786) Vathek (1786), a strange concoction subtitled ‘An Arabian Tale’, tapped into the dark weirdness of Otranto and included sorcery, the sacrifice of children, a man who sells his soul to the devil, subterranean ruins and eternal damnation.

The Mysteries of Udolpho (1794) by Ann Radcliffe (1764 – 1823) is a powerful tale with the key elements of the Gothic: a heroine in peril, a sinister count and a creepy castle.

The Monk by Matthew Lewis (1771 – 1818), published two years after Udolpho, continued to develop the dark themes of the emerging gothic oeuvre but the novel was condemned as being lewd with elements of the pornographic and the satanic. Even today, the depiction of the gradual corruption of a monk, the rape of a virgin by a representative of religion, who later discovers he has committed incest, matricide and made a bargain with the Devil, can seem rather sordid. However, this darkness was embraced by the growing audience for the gothic.

The Monk influenced Ann Radcliffe in her last novel, The Italian (1797). In this book, the hapless protagonists are ensnared in a web of deceit by a malignant monk called Schedoni and eventually dragged before the tribunals of the Inquisition in Rome, leading one contemporary to remark that if Radcliffe wished to transcend the horror of these scenes, she would have to visit hell itself.

With the arrival of the 19th century, the gothic genre was well established. Even the fledgling author Jane Austen tried her hand at penning such a dark romance with Northanger Abbey (published in 1817 but written 1798/99).

Further contributions to the Gothic genre were provided in the work of the Romantic poets. Prominent examples include Coleridge’s The Rime of the Ancient Mariner and Christabel as well as  ‘La Belle Dame sans Merci’ (1819) and ‘Isabella, or the Pot of Basil’ (1820) which feature mysteriously fey ladies. In the latter poem, the names of the characters, the dream visions and the macabre physical details are influenced by the novels of Ann Radcliffe. Percy Bysshe Shelley’s first published work was the Gothic novel Zastrozzi (1810), about an outlaw obsessed with revenge against his father and half-brother. Shelley published a second Gothic novel in 1811, St. Irvyne; or, The Rosicrucian, about an alchemist who seeks to impart the secret of immortality.

The poetry, romantic adventures, and character of Lord Byron – characterised by his spurned lover Lady Caroline Lamb as ‘mad, bad and dangerous to know’ – were another inspiration for the Gothic, providing the archetype of the Byronic hero. Byron features, under the pseudonym of ‘Lord Ruthven, in Lady Caroline’s own Gothic novel: Glenarvon (1816). Byron was also the host of the celebrated ghost-story competition involving himself, Percy Bysshe Shelley, Mary Shelley, and John William Polidori at the Villa Diodati on the banks of Lake Geneva in the summer of 1816. This occasion was productive for both Mary Shelley’s Frankenstein (1818) and Polidori’s The Vampyre (1819), both influenced by the Gothic tradition. The Vampyre has been accounted by cultural critic Christopher Frayling as one of the most influential works of fiction ever written and spawned a craze for vampire fiction.