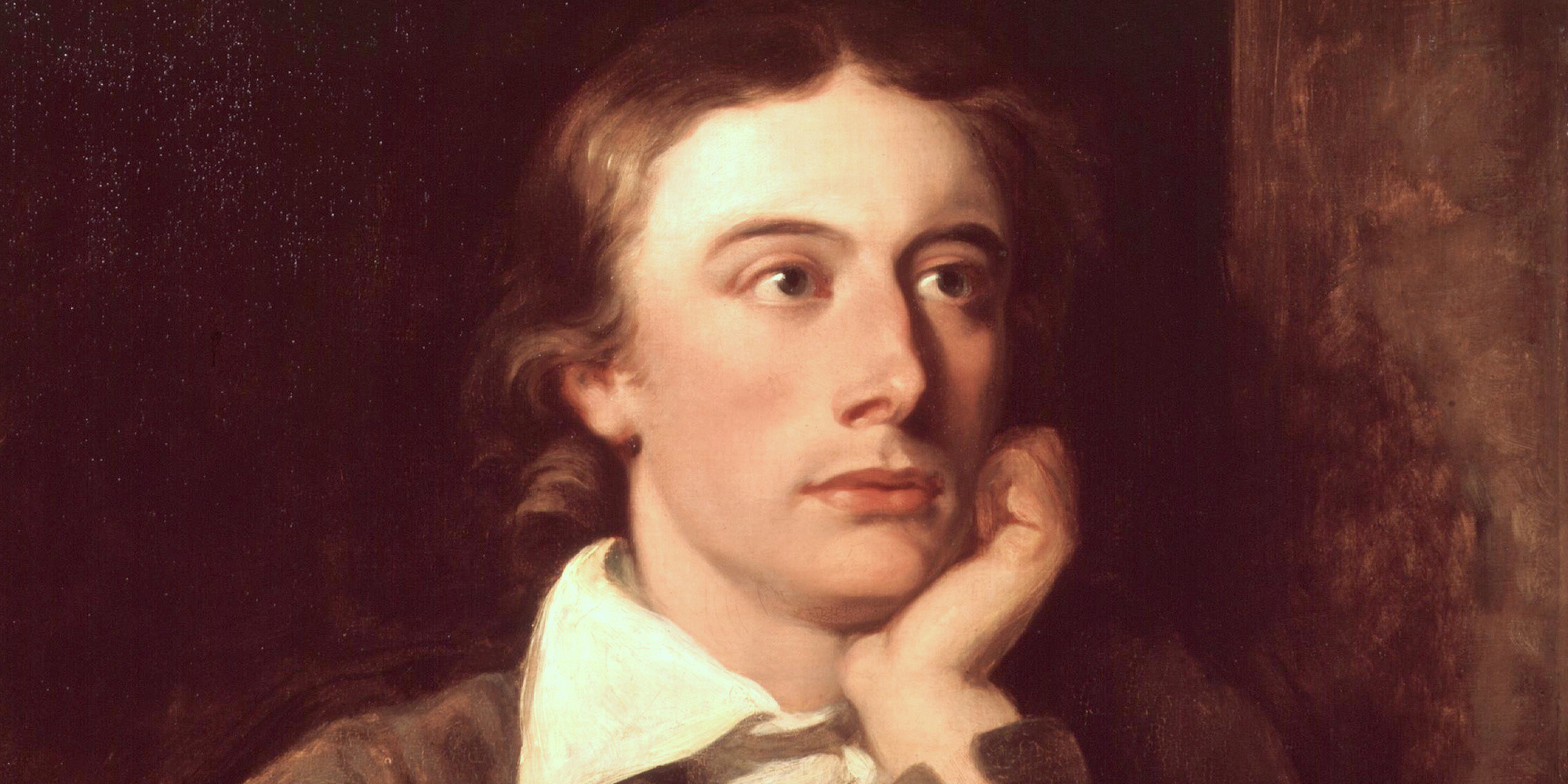 (Picture Left: One of the author’s many copies of Keats’ poems)

I first fell in love with Keats when I was 15; it was, of course, a literary love affair, but somehow the emotional and, yes, the physical feelings my worship of Keats roused in me are still there, if buried very deep. When many years later, and an established academic, I read Christopher Ricks’ brilliantly sensitive Keats and Embarrassment, which shockingly strayed into all sorts of non-literary areas and had a whole chapter on Keats and blushing, I realised that I had probably blushed with some unrecognisable and unnameable fervour when at 15 I first read Keats. This is all itself embarrassing, or it would be if I didn’t believe with Ricks that such feelings are central to and inherent in reading this great poet.

And Twitter agrees with me. Or at any rate, it does to the extent that the Twitterati – and the Poetry Society – abandoned any feeling of embarrassment about having a Classic Poem World Cup, with its own tournament, eventually pitting T. S. Eliot’s ‘Prufrock’ against ‘Nightingale’ in the final. Not much of a contest there then… The Poetry Society, in the restless manner of Twitter, has now moved on to a Classic Love Poem World Cup, cashing in shamelessly on Valentine’s Day. True, it’s absurd to pit poem against poem, and I high-mindedly didn’t vote in the Classic Poem competition. But when I saw that ‘Ode to a Nightingale’ had won, I gave a silent cheer.

Much of what we invest so personally in Keats has to do with the tragic ambience of his death. My adolescent feelings about his poetry undoubtedly attached themselves to that. But even if we strip away the mythology, we are left with the bare bones – a young man on the cusp of his poetic promise, dying at 25, in an alien room and climate in Rome where he must have been only too aware of the irony of his eternal surroundings as he succumbed to cruelly early mortality. His poetry, though well recognised, had as yet mainly attracted opprobrium from the literary establishment. He couldn’t bear to read the last letter from his beloved Fanny Brawne; it went unopened to his grave with him. And he believed that his epitaph should be ‘Here lies one whose name was writ in water’. (For a thorough and fascinating examination of the verity of Keats’ last wish for his epitaph, see the blog by Ian Reynolds, ‘The Gravestone of John Keats: Romancing the Stone’, at wordsworth.org.uk. or @pumps1000 on Twitter.) The bitterness of that death can’t be turned away. In this, he reminds me very much of Wilfred Owen, dying, like his poetic hero Keats, at 25. Both hoped to be numbered amongst the English poets, and both emphatically were; but both died before they had any inkling of the extent of their fame to come.

But let’s put away the childish things – the romanticised early death, the idealised portraits and engravings which render Keats as almost too beautiful for this world, the Romantic agony of the creative artist. What remains are the astonishing poems. In 1819 – 200 years ago this year – Keats had his creative annus mirabilis, in which the great odes were written. He sprang back from the bruising reviews of Endymion to a period of intense productivity. In May of 1819, he wrote the ‘Ode To Psyche’, ‘Ode To a Nightingale’ and ‘Ode on a Grecian Urn’. A few months later he produced the ‘Ode on Melancholy’ and – (what many outside the heated imaginations and utterances of social media believe to be his best poem) – ‘To Autumn’. Any poet would tell you that to produce just one such poem in a year would be riches. All were published in his Poems (1820), along with Lamia, Isabella, or the Pot of Basil, and The Eve of St Agnes. So he did at least see his major poems reach the public, which wasn’t the case for Owen.

All of the Odes have their claim to the reader. ‘Ode to Psyche’ and ‘Ode to Melancholy’ are perhaps the least known. The former may be suffering from its dependence on a classic tale of the love between Cupid/Eros and Psyche, also depicted in a number of paintings which are usually highly idealised whilst also being sub-eroticised. Eros takes a back seat in Keats’ poem, and the ethereally beautiful Psyche (representing the soul) is centre stage, with the poet as the adoring acolyte. Like many of the paintings on the subject, the poem suffers from an overwrought aesthetic and atmosphere. ‘Ode on Melancholy’ rehearses (or reprises) many of the ideas in ‘Ode to a Nightingale’, but in a more obviously contrasted way:

Ay, in the very temple of Delight

Veil’d Melancholy has her Sovran shrine,

Though seen of none save him whose strenuous tongue

Can burst Joy’s grape against his palate fine.

That image is often seen as characterising of Keats: the ‘strenuous tongue’ bursting ‘Joy’s grape’ is a real tongue, it’s a muscle straining itself to maximum force to burst that grape so that it can be felt and tasted, not just against the palate (the actual palate of the mouth), but ‘against the palate fine’ – the palate of aesthetic taste, the palate that tells us what we value, the palate of art. So the poet mixes the sensuous with the metaphorical – indeed, not mixes, but sees the continuum between them. Joy’s grape is actual and it is abstract.

‘Ode to a Nightingale’ explores the same relationship between delight and melancholy but in a way that leads the reader through a whole process of thought and feeling, which seems to be taking place within the poet’s heart, mind and body even as he writes of it. It is a supremely self-conscious poem, but in being so it invites the reader to share the poet’s heightened consciousness, so that by the end of the poem we feel the shock of his surprise as, with him, we leave the poem. The inimitable opening sentence – ‘My heart aches, and a drowsy numbness pains/ My sense’ – pulls us so simply yet so viscerally into the poet’s sensations of two hundred years ago. Eight out of those ten words are monosyllables, direct and uncompromising. The three syllables of ‘My heart aches’ at the start answer the three syllables of ‘pains my sense’ at the end. They are like hammer blows, but they remind also of Wordsworth’s ‘sensations sweet, / Felt in the blood and felt along the heart’. Whenever I read these opening lines of ‘Ode to a Nightingale’ now, I think of Tony Harrison, whose poem ‘Them & [uz]’ reflects on the Ode and draws in all its meaning and feeling, whilst uttering an entirely twentieth-century cry of pain. Set to read the lines out loud, Harrison begins naturally in his native Leeds accent:

Keats goes on, as Harrison is not allowed to, reflecting on his own feelings as he hears the exquisite song of the nightingale: ‘’Tis not through envy of thy happy lot / But being too happy in thine happiness’. There’s Joy’s grape being burst again, and producing melancholy. But here Keats continues the ratiocinative process, both examining his own feelings and expressing them as he goes. There’s no simple contrast, rather an understanding of the way that extreme beauty brings its own distress, partly because it’s going to end, and partly because we are. My little précis here reminds of how powerful poetry is against the smallness of prose. The move from stanza to stanza in the poem is a move from thought to feeling and back again, from an absorption in now, the moment, to a reflection on its meaning, then back again to feeling.

Darkling I listen; and for many a time

I have been half in love with easeful Death, …

Now more than ever seems it rich to die,

To cease upon the midnight with no pain,

While thou art pouring forth thy soul abroad

In such an ecstasy!

The ecstatic moment has a ‘but’ – if he died, the nightingale would still be singing, but he would not be able to hear it. Even to die upon this instant of beauty can’t bring consolation: the world goes on, and the song with it, even when the hearer is no more.

The whole poem lays bare, as exquisitely as the nightingale sings, the impossible aria between human mortality and immortal beauty. And even within that, Keats remembers that the bird is only mortal too. As its ‘plaintive anthem fades’ he doubts whether he really experienced it. The poem ends by questioning itself:

Was it a vision, or a waking dream?

Fled is that music: – Do I wake or sleep?

The reader is ejected from the poem into the real world. It’s the real world where we might hear the nightingale’s song; but it’s also the real world in which exists ‘the weariness, the fever, and the fret / Here, where men sit and hear each other groan’. And a world in which we are not sure whether the poem we have just read offers anything we can hold on to at all. Fled is that music.

The luck we have as readers is the luck Keats didn’t have. We can read and re-read the poem he left, as will countless others in years to come when we too have fled. ‘Ode to a Nightingale’ has become one of the beautiful and permanent forms of nature, like the nightingale’s song itself. Clever Twitter (one of our least permanent forms) to recognise that. 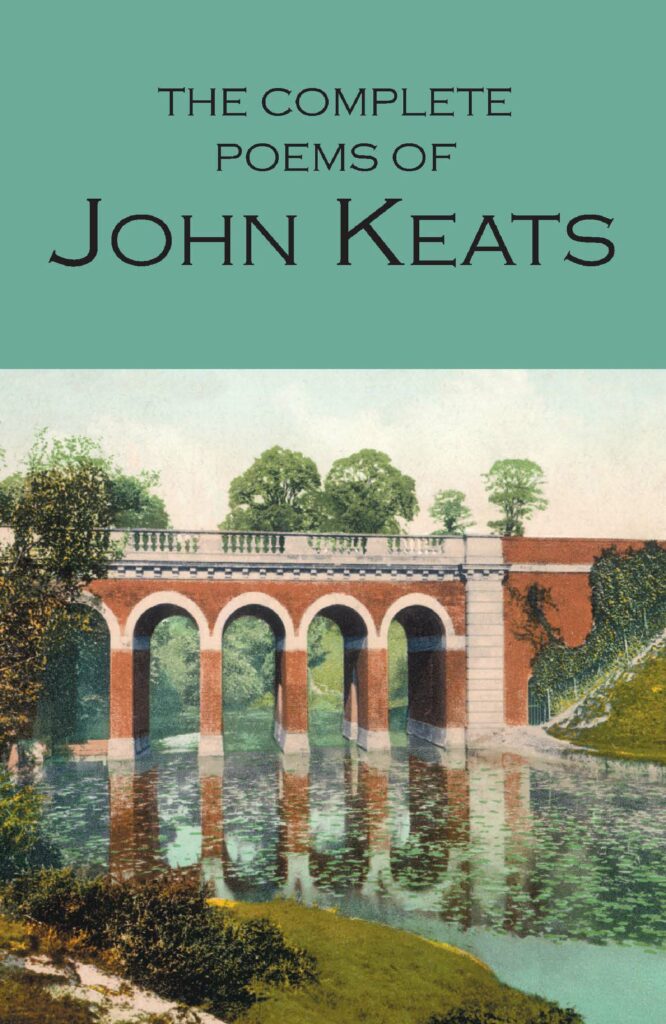 The Complete Poems of John Keats 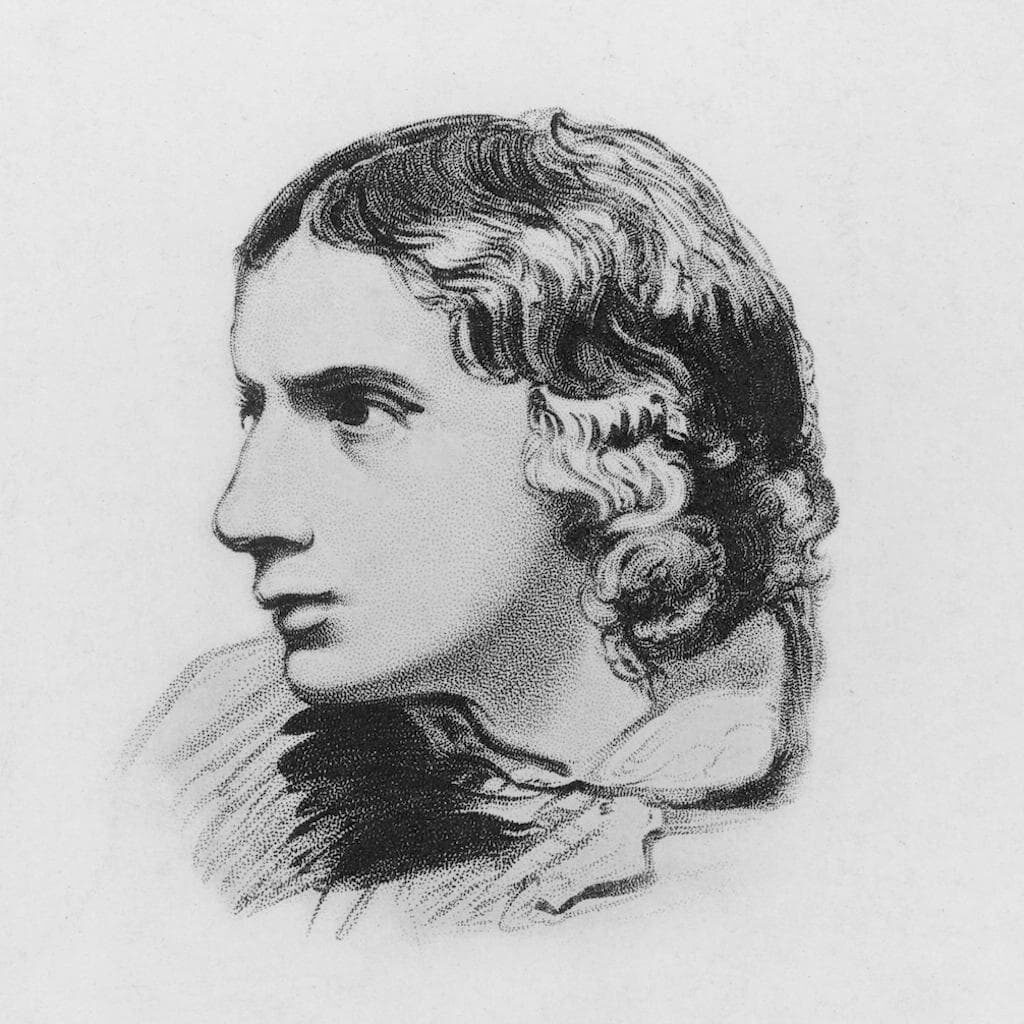 John Keats (1795 - 1821) was only twenty-five when he died of tuberculosis in Italy. During his life he published just fifty-four poems, in three slim volumes, yet his rich, powerful, and exactly controlled poetic style ranks him as one of the greatest lyric poets in English.