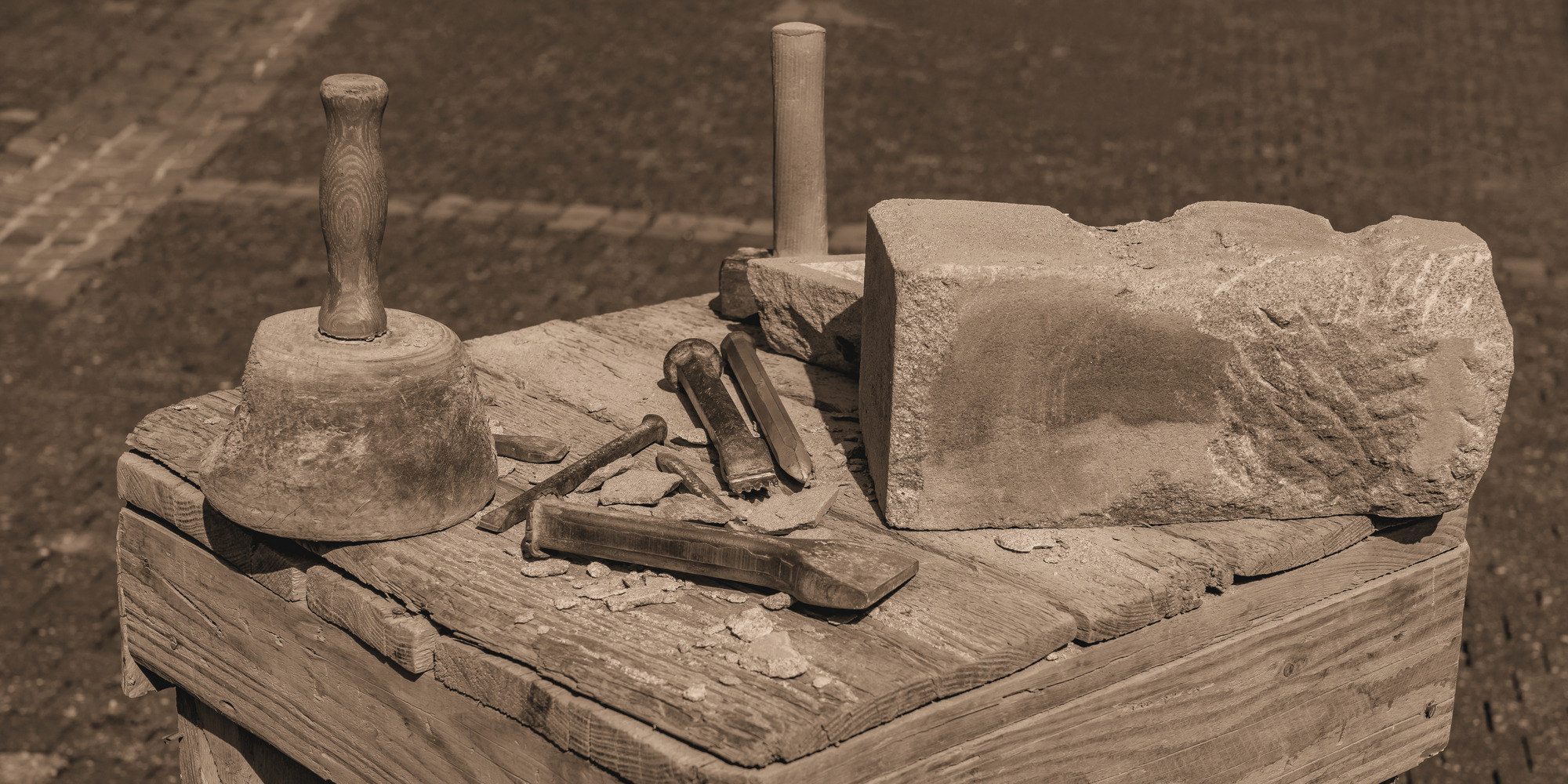 ‘I have an understanding as well as you’: Sally Minogue looks at the way Thomas Hardy’s ‘Jude the Obscure’ still has resonance in the 21st century.

I remember many years ago coming across statistics about admissions of working-class female students reading English at Oxford University in the 1960s. The figure was something like 0.1%. And as I read it, I said to myself: that was me! Now, I haven’t been able to confirm this figure, in spite of the wonders of Google. And obviously, I wasn’t the only one. But women at that time represented only 15% of the whole intake, due to the disproportion of men’s colleges to women’s (now corrected as all colleges are mixed). Then the proportion of all state school pupils entering Oxford was 34% (which, interestingly, marked a decline from the 1950s figure of 43%). Then factor in being working-class, because working-class pupils in state grammar schools were far outweighed in number by their middle-class counterparts. Never mind the exact figures; I think we can agree that the chances of getting into Oxford in the 1960s for a girl from the working classes were vanishingly small.

And yet – this doesn’t tell the whole story. I came from the rural working class, a different beast from the urban, as I know because many of my cousins came from the manufacturing North-East, where they worked in ship-building and associated trades, and where their culture and schooling were very different from mine. My family was bookish, education was revered, and my farmworker father and my mother who had been in service never doubted the possibilities available to their children. So though I may have been an unusual statistic, my brother was another one, going to Cambridge before me, and my sister also passed her 11+ (one of only two in her year who did so) in spite of the considerable obstacles placed in her way by going to the local Catholic primary school. The small Yorkshire grammar school we all attended was ferociously ambitious for its pupils; and the West Riding had as its Head of Education the ground-breaking Alec Clegg. Astonishingly, we as pupils knew him by name. We were all, including Clegg himself to some extent, beneficiaries of the 1944 Education Act, which, alongside the Welfare State, did so much to improve the situation of the working classes post-war.

This long and personal preamble has a particular point. The eponymous Jude the Obscure was not very different from us. He makes his assault on the walls of Christminster/Oxford from a rural background, but one in which he has help from the schoolmaster Phillotson with the Greek and Latin texts he must study. Jude has no idea of the near-impossibility of his dream of entering Christminster, and he almost puts himself in a position where he would be qualified to do so; but it is Christminster itself which makes that impossible. It is Jude’s very ambition, innocent in the best sense, that puts a stop to his dreams of education. Sue Bridehead fares better by having lower sights – but then she had to, being a woman. Paradoxically, this gives her a way forward, progressing from being a pupil teacher to entering the educational portals of Melchester Training College – certainly not Oxford, but a sufficiently extraordinary transition nonetheless for a working-class woman of the 1860s. Hardy notes that the ‘very mixed community’ at Melchester included ‘the daughters of mechanics, curates, surgeons, shopkeepers, farmers, dairymen, soldiers, sailors, and villagers’. This is a time of shifts in the expectations of both the working class and of the women within it.

It is that which makes the continual blocks to Jude’s advancement so bitter – that it so often seems almost within his grasp. And in another world, that of me and my siblings, it would have been. But that again is not the whole story. Four years after the publication of Jude in 1895, Ruskin College was established to aid the higher education of working-class men (men only at that point); and Hardy’s novel has been credited with influencing its establishment. In 1903, the Workers’ Educational Association was founded, with the same aim of advancing the educational opportunities of working people. In 1908, a report was issued specifically on Oxford and Working-class Education, published by Oxford at the Clarendon Press, a product of a joint committee of the University and representatives of working-class groups. It is a heartening read, paying tribute to the institutions that enabled working-class education such as the Mechanics’ Institutes and the Cooperative Movement, and recognizing that the remaining impetus has to come from the university itself. Yet Ruskin College was never recognized as an internal part of the structure of the University, and its qualifications were not initially degrees. It was in but not of the University. And so it remains: degrees are now part of the qualifications offered, but they are awarded by the Open University and Newman University, Birmingham. Ruskin is a superb institution, which has afforded unrivalled opportunities for working-class students, particularly mature students. But it is not part of Oxford University. And the latest (2018) report from the University about its admissions statistics has to admit, after the close scrutiny it has been under on this matter, that ‘Oxford University reflects the deep inequalities in our society along socioeconomic, regional and ethnic lines’. Which is to say – they’re still not doing very well. In 2018, 150 years after Jude, only 10% of students at Oxford identified themselves as working-class. The figures are even worse for ethnic minorities.

If this seems a long way from the novel – it isn’t! At the tragic heart of Jude the Obscure is the deterioration, loss of hope and eventual disintegration of the spirit of Jude himself, once so full of ambition and intellectual vigour and enquiry. He is a tragic anti-hero who, though he is created as a figure of the nineteenth century, speaks every bit as much to the alienated modernist consciousness of the twentieth century. He kicks against the pricks of Victorian convention, intellectually, religiously, sexually, and socially. It is a tremendously brave book, and it’s no surprise that a bishop wanted to burn it.

Was its torrid reception the reason for Hardy’s never writing another novel? He himself suggested so. But it’s difficult to think what could have followed Jude. Instead, Hardy turned to a greater concentration on his poetry, producing a body of work that provided the foundations for twentieth-century English poetry. At the shifting centre of that poetry is the subjectivity of human consciousness, articulated meticulously and mercilessly in the novel when Sue sees but does not see, Jude for the first time, and he observes her not seeing him. He is working as a stone mason, lifting ‘a block of worked freestone from a waggon across the pavement, before hoisting it to the parapet which they were repairing.’ And she passes through:

All of a sudden, as he lifted, his cousin stood close to his elbow, pausing a moment on the bend of her foot till the obstructing object could have been removed. She looked right into his face with liquid, untranslatable eyes, that combined, or seemed to him to combine, keenness with tenderness, and mystery with both, their expression, as well as that of her lips, taking its life from some words just spoken to a companion, and being carried on into his face quite unconsciously. She no more observed his presence than that of the dust motes which his manipulations raised into the sunbeams.

I’ve never looked at stonemasons in the same way again; or rather, I have looked at them (and I see them regularly in my perambulations around the Canterbury Cathedral cloisters). Jude the Obscure, invisible to those around him in spite of his knowing – and writing it on the college walls with his mason’s chalk – ‘I have an understanding as well as you. I am not inferior to you: yea, who knoweth not such things as these?’ The irony of his ending up as a stonemason, both defacing and repairing the very fabric that has kept him out, is, brilliantly, never laboured by Hardy. This great novel makes Jude visible to us, even in all his distresses, neither obscure nor obscured.