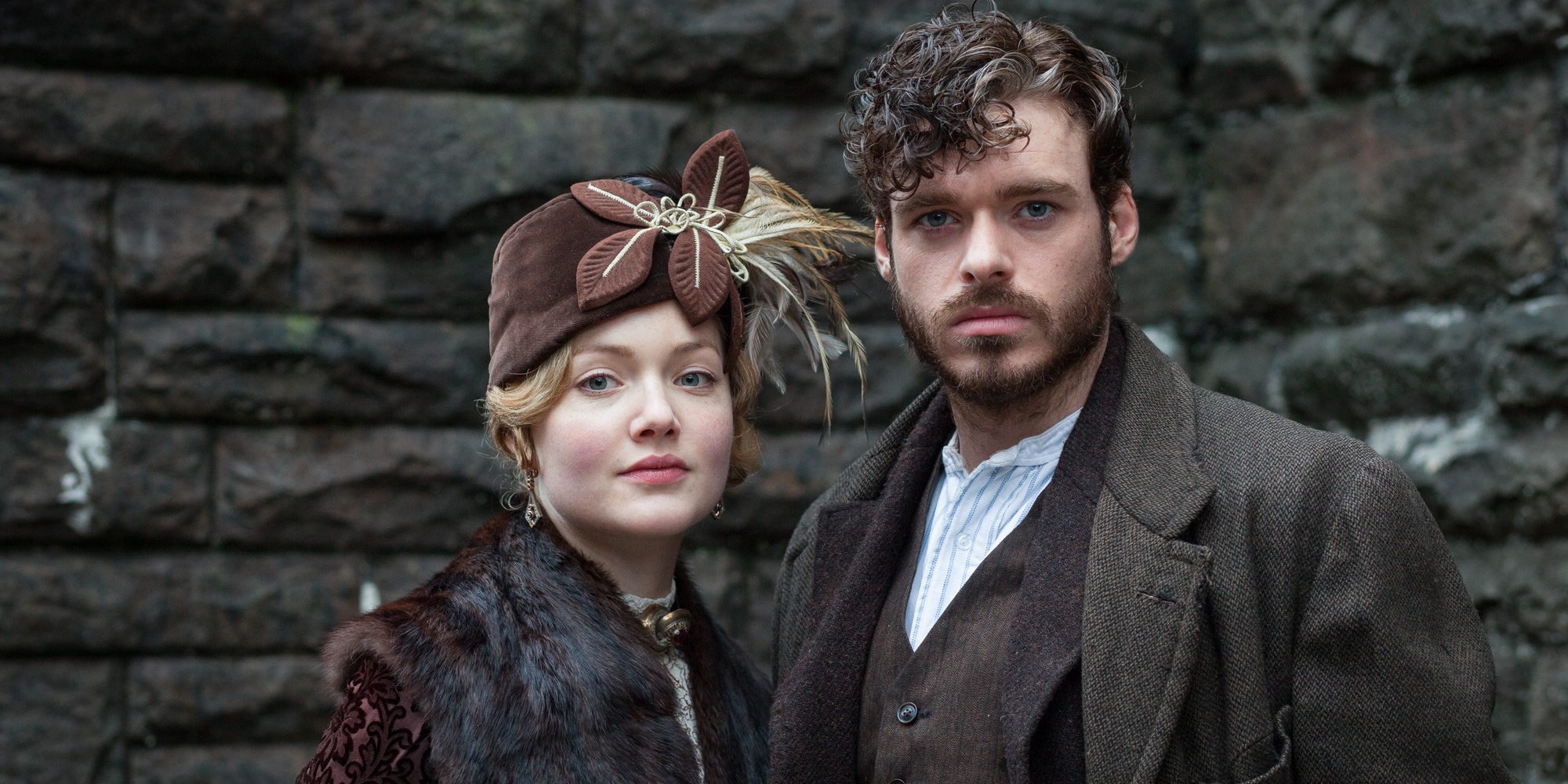 As the credits rolled from the BBC’s vaunted ‘new take’ on Lady Chatterley’s Lover, came the deathless words: ‘no animals were harmed in the making of this programme’. Did anyone think of the harm to D. H. Lawrence? To his careful and extraordinary use of language? To his attempt to show as honestly as possible the true nature of a sexual relationship between a man and a woman? This Lady Chatterley’s Lover was ‘written and directed by Jed Mercurio’. That ‘written’ says it all. No! Lady Chatterley’s Lover was written only and always by D. H. Lawrence. Any version of it is an adaptation at most. Even Ken Russell, directorial ego supreme, admitted only to secondary writer status in his 1993 tv version. But Russell had the luxury of four 55-minute episodes. Lady C is the loser to current crazy television contractions, among them A Life in Squares, which told the story of Vanessa Bell and Virginia Woolf in such a way that, if you blinked, you missed Virginia’s suicide – not to mention that she wrote a number of novels.

So: let’s take a breath and concentrate on what was good about this adaptation. I liked the way it was set properly in the context of the First World War so that the wounds both Clifford Chatterley (physical) and Oliver Mellors (spiritual) suffered had an origin or a metaphor to answer to them. While putting Mellors and Chatterley in the same company in the trenches was the sort of neat narrative device Lawrence would never have countenanced, it was a clever way of establishing the theme of class, with Clifford as Mellors’ superior even in war. Similarly, the establishing shots of the pit disaster dramatised what the novel obliquely refers to, the relations of power which determine life and death. Mellors plays a bit part in each of these explosive events, and so we see that he is formed partly by external forces beyond his control. But so is Chatterley, in this version shown (and played, by James Norton) much more sympathetically than in the novel. For Lawrence, he is a cypher of effete aristocracy and declining masculinity as man departs from nature and espouses the machine age – all because the poor bugger got caught by a shell in the wrong place.

Enter Constance. Mercurio had announced his laudable intention of making this a version in which female sexuality was not exploited but celebrated, and indeed that is true to one aspect of the novel. The lack of frank sexual scenes was reasonable to the extent that we weren’t merely titillated by the female body; the most moving scene of nudity in this respect was when Connie looks at herself in the mirror and realises that she is pregnant. But, as Poldark has shown, there’s a big audience out there ready to be titillated by the male body, especially the chest stripped bare under the light sweat of labour. Richard Madden ably resisted male objectification, not easy when you have to stride around moodily in the undergrowth with a gun over your shoulder (though not quite as wonderfully moodily as Sean Bean in the 1993 version). This account of Mellors came closest to what Lawrence intended, with a suggested troubled tenderness underneath masculinity held tight.

And here’s the but. The great release of tender feeling we see in Mellors in the novel is through the language he uses to Connie. It is she who has to learn that language from him, a language of honesty which allows her to see herself differently and to have the courage to throw in her lot – against her own class and social comfort – with Mellors. Lady Chatterley’s Lover without that language, without Lawrence’s revolutionary and extraordinary attempt to articulate sexual feeling for all to read or hear, is exactly the sort of expurgation he stood against. In later life, he recorded that the seeds of Lady Chatterley were first planted when he visited Edward Garnett’s home in 1911 (Lawrence had sent Garnett his early stories). There he was impressed by the free and frank discussion of sex and of taboo subjects. Reflecting on his last novel at the very end of his life (1930), Lawrence recalls that his English publishers, knowing the novel would be suppressed in England, urged him to produce an expurgated edition, ‘insisting that I should show the public that here is a fine novel, apart from all “purple” and all “words”. So I begin to be tempted and start to expurgate. But impossible! I might as well try to clip my own nose into shape with scissors. The book bleeds.’ (Phoenix 11, Heinemann, 1968, 489)

For Lawrence the words matter; without them, his novel is reduced to a soft-focus narrative with no distinctiveness. Lost are the carefully orchestrated different sexual encounters between Connie and Mellors, charting the development of their relationship in a vocabulary which modulates their understanding of each other, and ours of them. Ironically the one four-letter word used in this production is ‘cock’ – a word never used by Mellors, who prefers ‘phallos’, ‘penis’ or the playful ‘John Thomas’ (used briefly in the tv production). It’s true that words such as ‘fuck’ and ‘cunt’ have been utterly devalued for a modern audience, but here was an opportunity to restore their value as Lawrence had likewise intended, by using them to capture the novel’s central tenderness – evident in its last sentence. Mellors is writing to Connie, keeping his distance for several months as he must get his divorce (Clifford has refused Connie a divorce). He signs off ‘John Thomas says good-night to Lady Jane, a little droopingly, but with a hopeful heart.’   Lacking the power the fearful “words” might have given them, the tv production ends instead with a Downtonesque image of Connie and Mellors driving off to a glorious future in a spanking motor, Clifford having delivered his blessing to them, if in a strangled voice. Well, English culture had to get its own back on Lawrence in some way; fitting that it should be emasculation at the hands of Sunday night television drama. Luckily the novel will always persist; all we need do is read it.