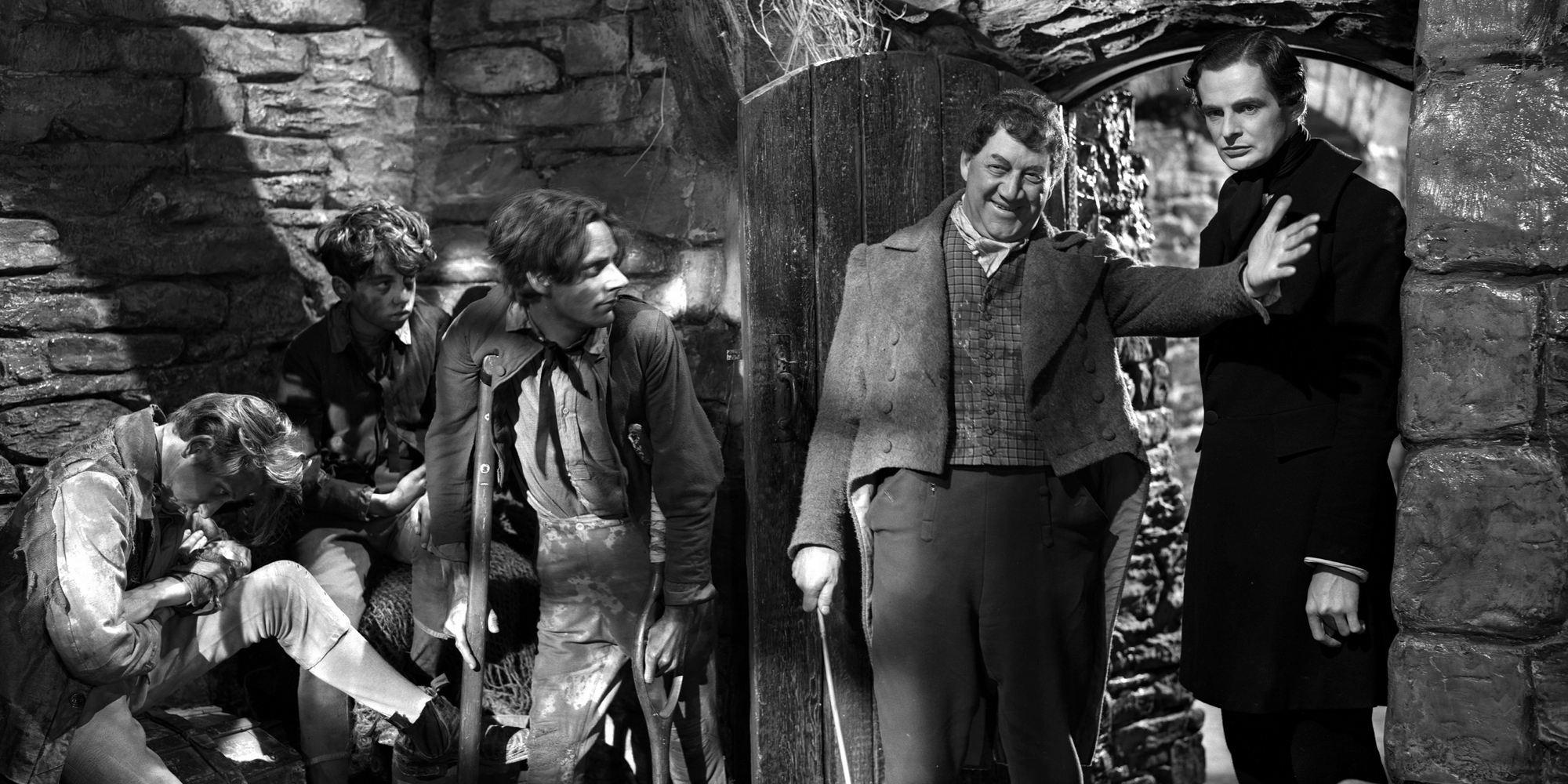 Nicholas Nickleby (1838-39) was Charles Dickens’ third novel, following on from Pickwick Papers (1836-7) and Oliver Twist (1837-8). While Pickwick had been an essentially comic novel, Twist was much darker, exposing the brutal side of human nature, However Dickens’ publishers Chapman and Hall stipulated that his third novel should be ‘of similar character and of the same extent and contents in point of quantity’ as Pickwick. The resulting novel does not quite match this demand. Like Pickwick, Nicholas Nickleby is episodic and contains marvellous moments of comedy featuring humorous grotesques, but it also continues Dickens’ assault on flagrant social injustices and in particular the maltreatment of children.

When the author heard about the barbaric conditions suffered by children in certain educational establishments in Yorkshire, he became determined to research the matter. As he recounts in his Preface he visited Yorkshire to investigate the treatment of students and the educational methods in these notorious schools. Dickens based his character Wackford Squeers, the cruel and savage headmaster at Dotheboys Hall, on William Shaw, the proprietor of Bowes Academy at Great Bridge. Bowes had been prosecuted in 1823 when several boys in his charge had gone blind and yet the school was still flourishing when Dickens made his journey north.

Squeers and his awful family, his grossly spoilt bully of a son and his vain but ugly daughters, provide some splendid comic moments in the novel, but this humour is always tempered with biting satire and set in relief to the sufferings of the maltreated pupils in order to highlight their plight.

The construction of Nicholas Nickleby follows the picaresque tradition made popular in the eighteenth century, which usually involves a hero who sets out on his travels accompanied by a less intelligent, socially inferior acquaintance and has a variety of adventures in which various facets of society are portrayed and satirised.

The titular hero is the first in a long line of Dickens’ young leading men but he is perhaps the least interesting. He lacks the psychological depth and complex nature of a David Copperfield or the depth of a Pip from Great Expectations. His main weakness is that he appears not to develop or mature throughout the course of his adventures. Nevertheless, he has a fiery streak, the blood is forever starting in his cheeks, as ‘flushed with passion’ he challenges ‘anyone who affronts his sense of what is right.’ He has Dickens’ own compassion, which is clearly demonstrated in his adoption of the poor unfortunate Smike as a travelling companion.

While the other members of the Nickleby family tend to be sketchily drawn, Mrs Nickleby emerges as one of the most memorable characters in the novel. Her seamless, sprawling and apparently inconsequential monologues are models of comic invention. Her claim to see ‘far beneath the surface of things’ ironically illustrates that she is incapable of grasping the important issues which lie on the surface.

Ralph Nickleby is another notable character. He is an avaricious businessman who sacrifices all family feeling for obsession with business. He describes himself as a usurer and Dickens had developed a hatred for money-lenders living off the misfortunes of others, which is reflected in the harsh portrait of this character. In many ways, Ralph Nickleby was the prototype of Ebenezer Scrooge from a Christmas Carol. However while Scrooge, having drunk the milk of human kindness, changes and becomes a caring and benevolent man, Ralph Nickleby ends the novel as he began it:

‘He knew himself well and choosing to imagine that all mankind were cast in the same mould, hated them.’

One of the most memorable and most hilarious sections of the novel occurs when Nicholas and Smike join the theatrical company of Mr Vincent Crummles. Dickens was fascinated by all things theatrical throughout his life. Indeed, he was a fine performer himself and he dedicated the book to the great tragedian William Charles Macready.

In presenting the false pantomime melodrama as performed by the Crummles and company, Dickens was able to contrast and define the melodrama which was affecting the lives of his own actors, Nicholas, his sister Kate, Smike and company.

Perhaps more than any other Dickens novel this has the greatest cast of comic characters who are all vivid and created with insouciant brilliance. They are wonderful appendages to this rambling kaleidoscope of a narrative.

Nicholas Nickleby is the work of an author who has yet to reach maturity, but it is wonderfully entertaining and constantly funny while also managing to present a powerful attack on cruelty and materialism, reflecting the anger that the author felt as he observed contemporary society.

The novel has been adapted for stage, film and television many times. In fact, an early theatrical version appeared before the publication of the serialised novel was finished, with the resolution of the stage play wildly different from the finished novel. This prompted Dickens to have Nicholas encounter a ‘literary gentleman’ in chapter forty-eight who brags that he has dramatised two hundred and forty-seven novels ‘as fast as they had come out – in some cases faster than they had come out’, and claims to have thus bestowed fame on their authors. In response, Nicholas delivers a lengthy and heated condemnation of the practice of adapting still-unfinished books without the author’s permission, going so far as to say: ‘If I were a writer of books, and you a thirsty dramatist, I would rather pay your tavern score for six months, large as it might be, than to have a niche in the Temple of Fame with you for the humblest corner of my pedestal, through six hundred generations.’

In more modern times a large-scale version of the novel was premiered in 1980 by the Royal Shakespeare Company. It was a theatrical experience which lasted approximately eight-and-a-half hours with intervals. The production received both critical and popular acclaim. All of the actors played multiple roles, except for Roger Rees, who played Nicholas, and David Threlfall, who played Smike.

Such is the richness of this novel that I am sure it will not be very long before another version hits our screens.