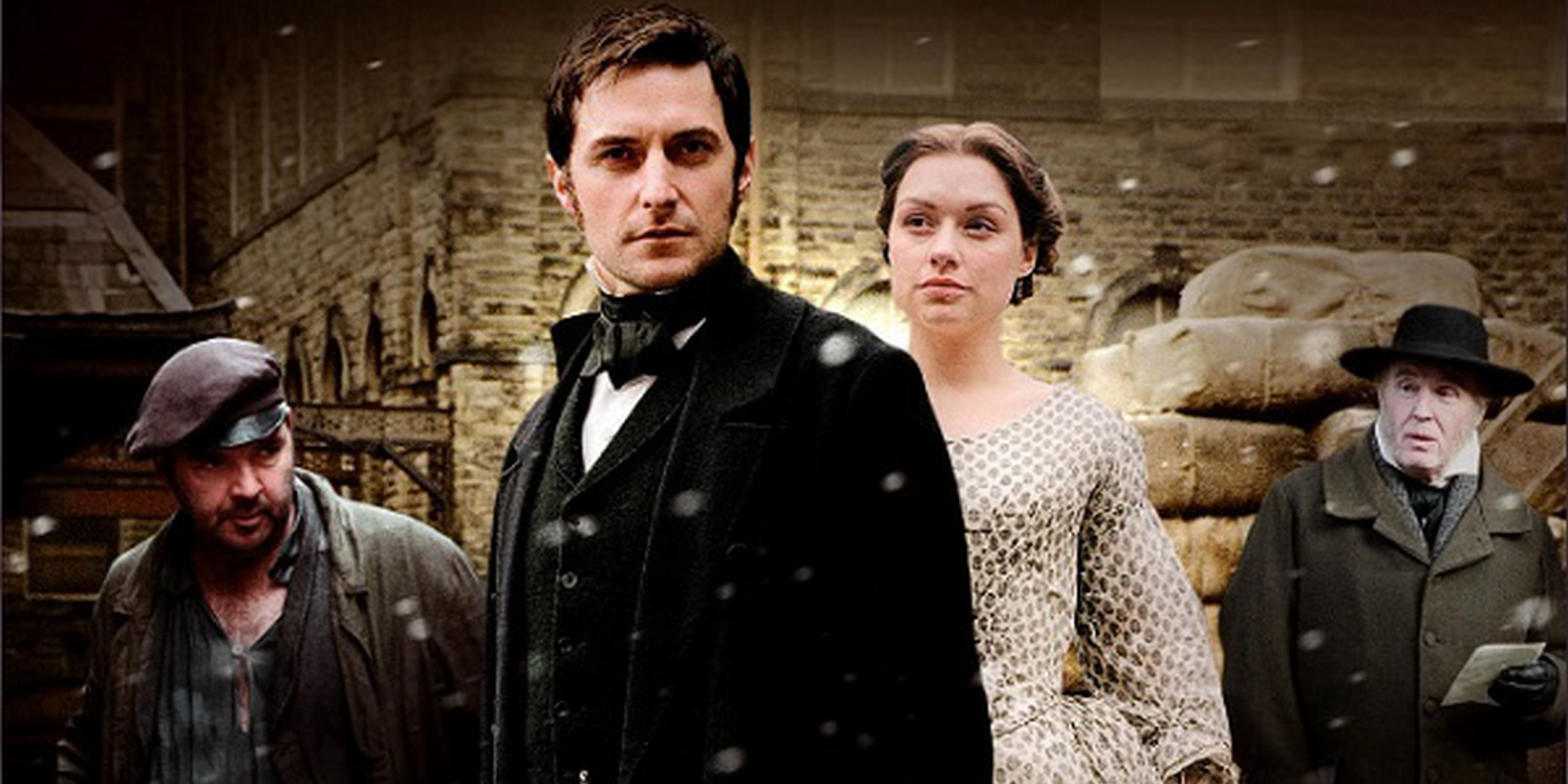 There are many aspects of Elizabeth Gaskell’s extremely readable and engrossing novel which make it fascinating to the modern reader, the historian and the student of English literature. It is a mixture of autobiography, social document, feminist tract and an endearing love story. It first appeared in the pages of Charles Dickens’ periodical Household Words in 1854 and then in novel form in 1855. This was a time when the Industrial Revolution was at full throttle: machinery was replacing the old manual tools and workers were being conscripted into a uniform force. Like many artists of the time, Gaskell was interested in the relationship between the growing number of industrial workers and their masters as well as the changing role of women in the new and shifting social world.

Gaskell had touched on industrial relations in her previous work, Mary Barton (1848) but in North and South, she returned to the topic in a more balanced manner. Remembering the criticism she received for not presenting a fair picture of employers in the earlier novel, she attempted to rectify the balance by her presentation of the character of factory owner, John Thornton who gradually – and it is a cunning and subtle transformation – engages the sympathy of the reader and wins the love of the heroine, Margaret Hale.

It is through the perceptions of Margaret that we assimilate the author’s ideas and presentiments concerning the contrasts between the North and South, the real and the metaphorical boundaries that seem to separate the country as represented by the main protagonists. Helstone, – the epitome of ‘South-ness’, ‘one of the most out-of-the-way places in England’, where Margaret is living at the beginning of the novel, is portrayed in glowing terms: ‘All other places in England that I have seen seem so hard and prosaic-looking, after the New Forest. Helston is like a village in a poem – in one of Tennyson’s poems.’ Idyllic then and easily contrasted with Milton, the northern town situated in the harsh and Swiftian-sounding Darkshire.

Margaret and Thornton reflect their individual backgrounds: she, the product of genteel southern civilisation and culture; he, of the material and practical strivings of a growing industrial state. It is the forceful natures of the two main characters, each forged by their different geographical and social upbringings that is the real focus of the differentiation in the novel: Thornton is North and Margaret is South.

Once Margaret is established in her new northern home and we perceive the seeds of conflict and romance between her and the Rochester-like factory owner John Thornton, the novel comes alive. True to Gaskell’s interests and belief in social issues of her day, the troubled development of their relationship does not take place, as it might in a Jane Austen novel, against the backdrop of dinner parties and balls, but in the grittier surroundings of the brutal uncompromising world brought about by the industrial revolution where employers and workers clash in the first organised strikes. It seems as though our two central characters stand on either side of the great divide here: Margaret, sympathetic to the poor, whose courage and tenacity she admires and among whom she makes friends, while Thornton, (prickly as his name suggests) a member of the nouveau riche mill-owning class, is practical and holds a disdainful attitude towards the workers he employs and is suspicious of their loyalty.

Margaret and Thornton have fixed ideas about the world; both, in different ways, make no allowance for ‘human passions getting the better of reason’. Their love is not blocked, as in more conventional novels, by circumstances, tricks of fate if you like, or by the intervention of others; they are their own enemies, kept apart by pride, misconceptions and a clash of deeply internalised values.

Margaret learns and develops and Gaskell constantly reminds us of her learning curve, which involves Thornton also. He teaches Margaret lessons about atmospheric science, industrial ecology and political science. She even learns new semantics from her father who tells her, ‘Don’t call the Milton manufacturers tradesmen’ and that the noun ‘manufacturer’ designates a social class she has not previously known. In charting her education, Gaskell is also providing the same function for the reader. She brings us gently to appreciate the North and the function and attitude of men like Thornton.

Gaskell seems to suggest that in some ways Margaret fails to fully comprehend how she was acclimatised to her life in Milton by the time she leaves. When she returns to her former home Margaret discovers that her lovely Helston has changed in the few years since she lived there: ‘There was change everywhere; slight, yet pervading all’ In fact, Gaskell here represents the pervasive sense of loss and change in the physical setting the losses and changes in Margaret’s personal life. Further, this experience brings Margaret to reflect on her ‘own painful sense of change,’ that ‘The progress of all around me is right and necessary.’ That Margaret grasps this lesson in a single chapter signifies that she has already mastered many previous lessons in wisdom. It is she above all, along with the reader, Gaskell hopes, who comes to realise that change and progress, whatever form they take, are inevitable and necessary. Arthur Pollard in Mrs Gaskell, Novelist and Biographer (1965) asserts that in this novel Gaskell has achieved a coalescence between personal and public stories in the relationship of the two major characters. Therefore, the marriage of Margaret and Thornton symbolises the union of not only two very different people but also two very different ways of life. Gentility has united with commerce, Gaskell suggests, as a beacon for the future. North has been allied to the South.

The novel has received scant attention from dramatists. The first television adaptation was in 1975 when Patrick Stewart played Mr Thornton and Rosalie Shanks played Margaret Hale. In 2004 the BBC aired an excellent version with Daniela Denby-Ashe and Richard Armitage in the lead roles. 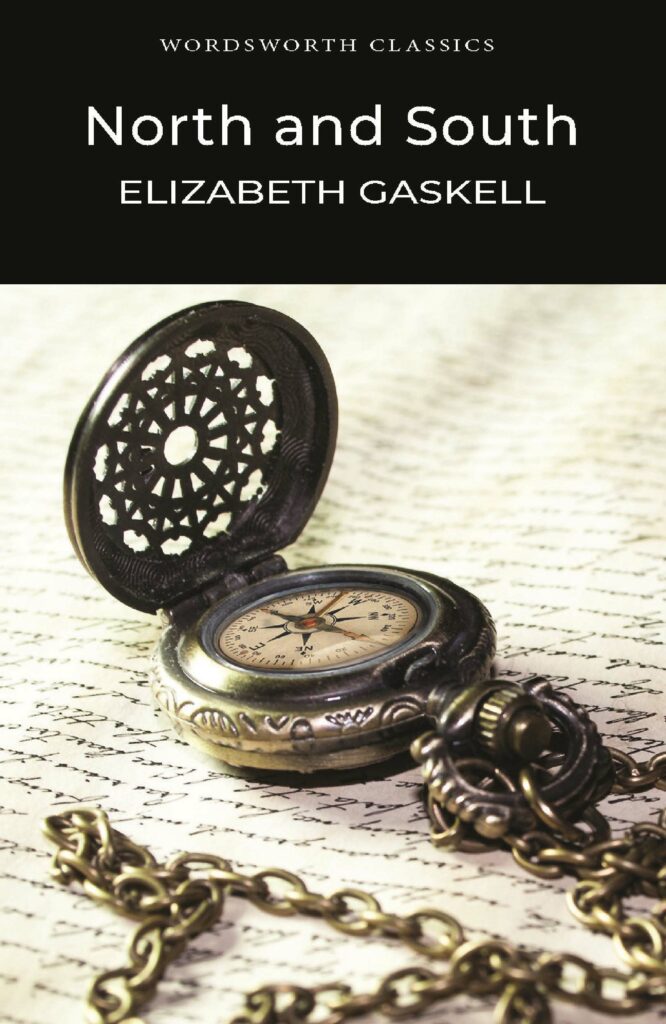