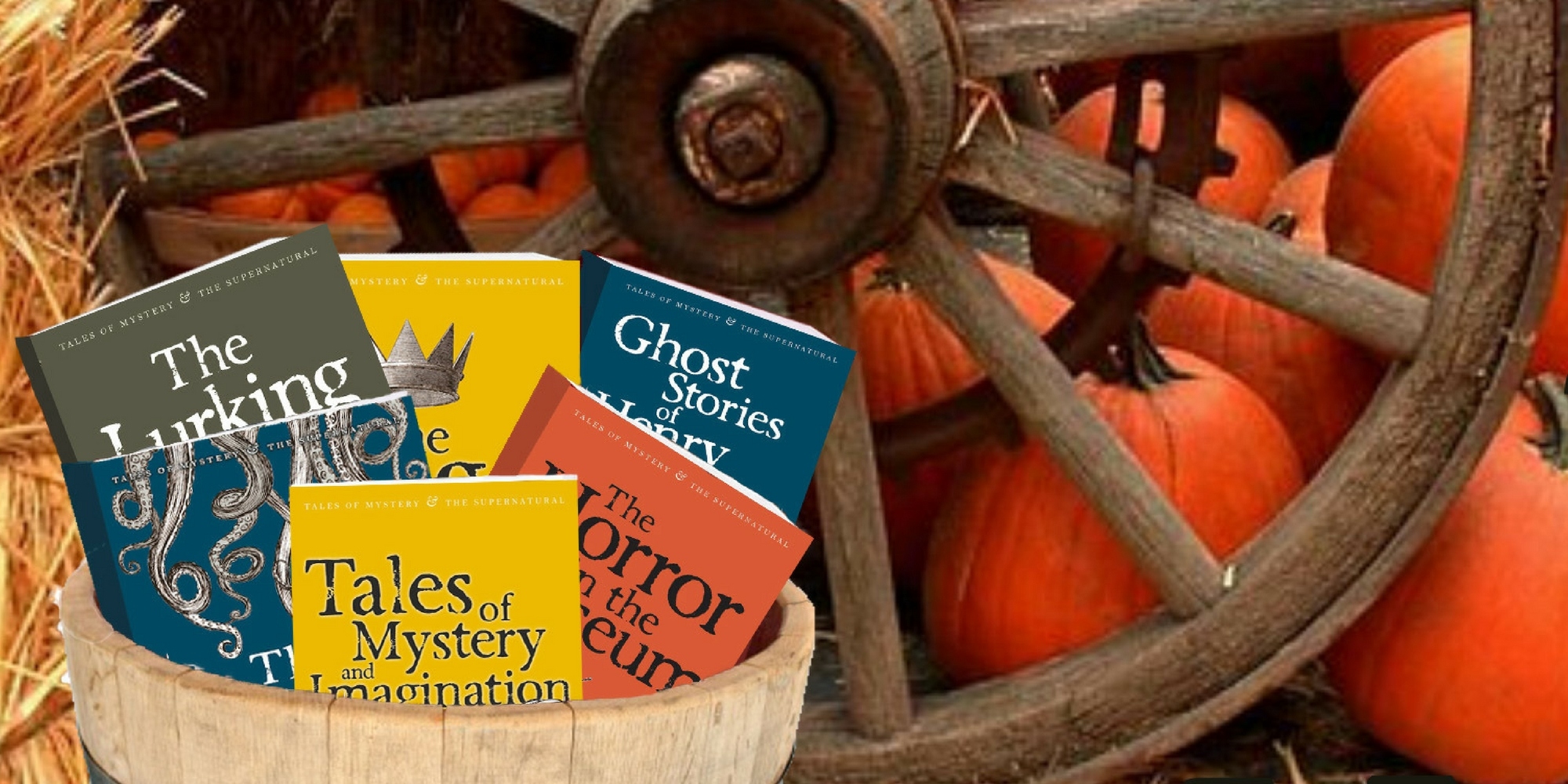 Fans of vintage horror will find that this short story holds its own against Edgar Allan Poe’s most terrifying tales – Stefania Ciocia has a closer look for us.

When I sketched the reading list for the new course I’m teaching on women and American literature, it didn’t occur to me that my students and I would be turning our attention to Charlotte Perkins Gilman’s ‘The Yellow Wall-Paper’ in the run-up to Halloween. As it happens, there could be no better time for an encounter with such Gothic staples as a sinister ancestral home, a creeping sense of helplessness and claustrophobia, and the prospect of an unstoppable descent into madness. Fans of vintage horror will find that this short story holds its own against Edgar Allan Poe’s most terrifying tales, whose lingering grip on the reader Gilman greatly admired. And yet this foray into Poesque territory is not typical of Gilman’s wider production, which was extraordinarily prolific and diverse.

A vocal social reformer and sought-after lecturer, Gilman was the author of short and book-length prose fiction and non-fiction, as well as of poetry and drama. She achieved international renown with the publication of Women and Economics (1898), where she denounced women’s financial dependence on men – a state of affairs practically embedded in the institution of marriage at the time – as extremely detrimental to both sexes. Gilman campaigned for women to be able to develop their personality “by a free and useful life, clear-headed and open-eyed […] trained to economic independence, and associating freely with young men in their common work and play.”

She was contesting the then prevailing, bourgeois ideology of the “separate spheres,” which posited men’s engagement in public life, with women presiding over the hearth. A corollary of this doctrine was the cult of “true womanhood,” predicated on female submissiveness, purity and selfless devotion to the family.

Written in 1890 and first published in 1892 in New England Magazine, ‘The Yellow Wall-Paper’ is informed by Gilman’s feminist views, and banks on the perfect fit between Gothic conventions and the expression of women’s ambivalent feelings about domesticity. The story begins with the nameless narrator, who has recently moved with her family into a secluded ancient residence, speculating on the history of her new abode, and wishing the place were a “haunted house.” Whether the house – or rather, the top room where the woman is confined to recuperate from her “temporary nervous depression” – is haunted or not, I’ll leave to readers to find out, but even this briefest of outlines should bring to mind one of the literary ghosts in Gilman’s narrative: Jane Eyre’s Bertha Mason, another trapped wife, a woman whose own marriage is but a thinly-disguised financial transaction.

Beyond its Gothic pedigree, ‘The Yellow Wall-Paper’ is rooted in Gilman’s experience of mental illness. It is a pointed condemnation of the “rest cure” that female patients were routinely prescribed, as Gilman was in 1887, as a remedy for nervous diseases. The physician S. Weir Mitchell, the leading proponent of this therapy, though it had worked for Gilman, whom he sent back home “with solemn advice to ‘live as domestic a life as far as possible,’ to ‘have but two hours’ intellectual life a day,’ and ‘never to touch pen, brush or pencil again, as long as [she] lived’.” Gilman was twenty-seven then, and passionate about her various artistic activities. As she later recalled, the cure left her “near the borderline of utter mental ruin,” until she “cast the noted specialist’s advice to the wind and went to work again – work, the normal life of every human being.”

Gilman had been asked to conform to a crippling idea of what women can or cannot do, and she refused to acquiesce. More than that: she fought back, and she did so through one of those very activities that she had been discouraged from pursuing. Mitchell is name-checked in ‘The Yellow Wall-Paper,’ and not in flattering terms: he is the ultimate bogeyman, the specialist to whom the narrator’s husband – himself a doctor – threatens to send his wife if she doesn’t recover fast enough.

Of course, we run the risk of trivializing mental illness if we read the short story as a glib, implicit paean to the therapeutic value of an artistic expression. Much as she found solace in her work, Gilman continued to suffer from bouts of depression throughout her life. That said, and regardless of whether we dwell on its autobiographical connections or otherwise, ‘The Yellow Wall-Paper’ is a terrible cautionary tale about what happens when creative outlets are stifled, and when individuals feel that they have no other option but to cave into societal pressures, and spurious gender roles.

Only last month, the news reported a worrying increase in the incidence of mental disorders, especially amongst young women. Professor Maureen Baker, chair of the Royal College of GPs, observed that the pervasiveness of social media puts them – and their male counterparts – under “constant exposure to unattainable aspirations of what they should look like, and be like.”

The vulnerability and insecurity of these young people, and the superficial conviviality of our hyper-connected world, remind me of the nameless protagonist of ‘The Yellow Wall-Paper,’ who is also ostensibly surrounded by friendly, caring figures. In more ways than one, Gilman’s short story continues to speak to us. It’s uncannily topical, and not just because of Halloween.

The Yellow Wall-Paper features in Short Stories from the Nineteenth Century. 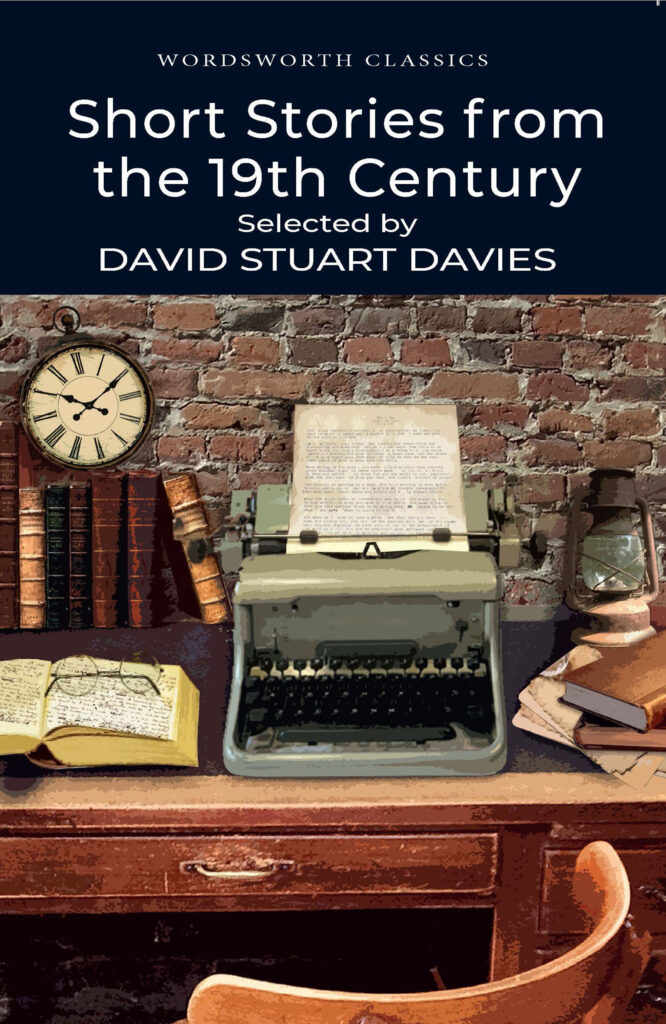 Short Stories from the 19th Century

David Stuart Davies, General Editor of Wordsworth’s Mystery and Supernatural series, is an editor, novelist, playwright and film historian. He is an expert on Sherlock Holmes, having written four Holmes novels, two plays exploring the darker side of the great detective and three studies of the stage, film and TV career of Arthur Conan Doyle’s character.