Scroll
Skip to content
HomeBlogOut of Mind, Out of Sight 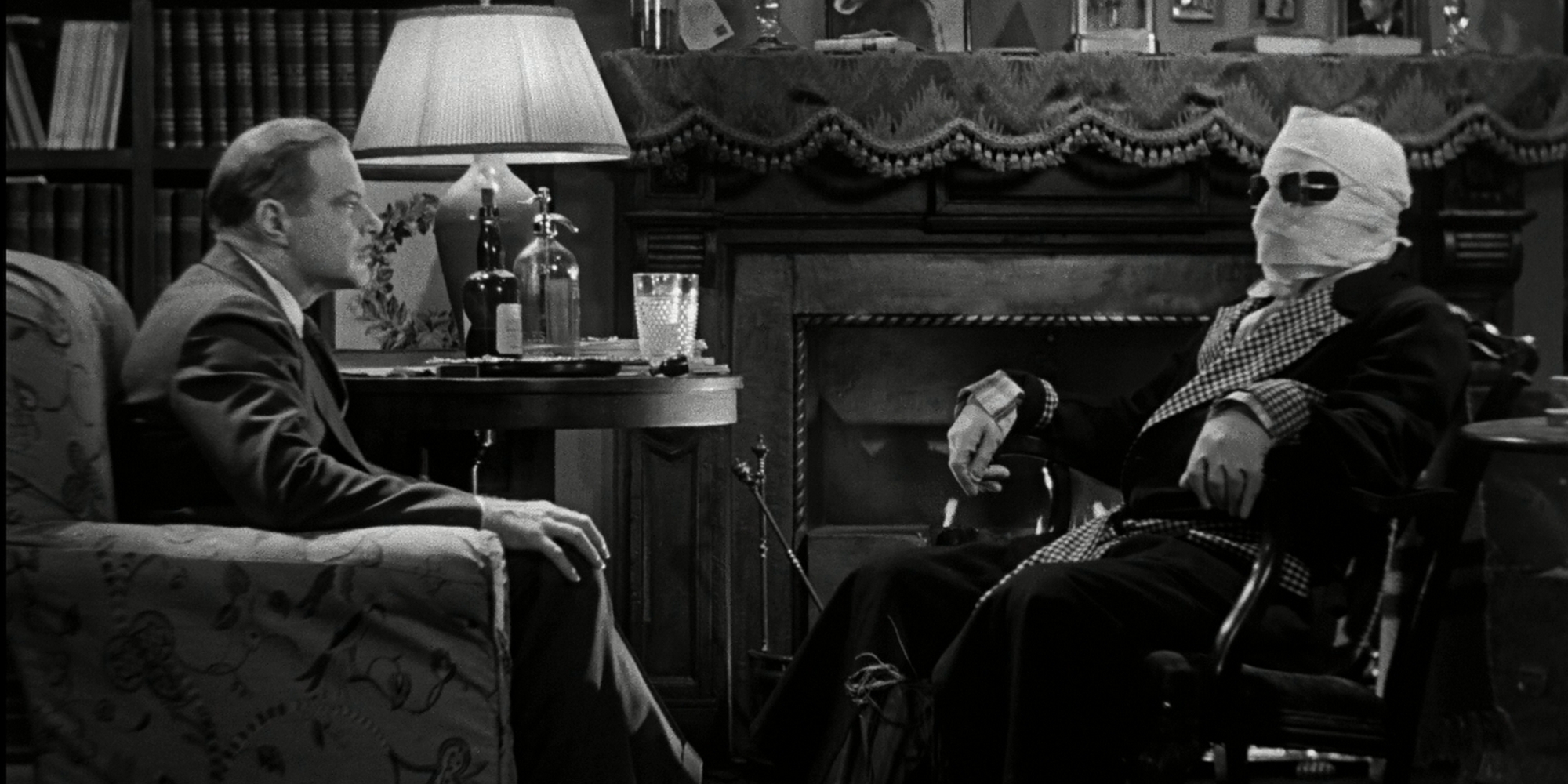 Out of Mind, Out of Sight

Part One of Parker Lancaster’s look at the film adaptations of H.G.Wells’ ‘The Invisible Man’.

H.G. Wells’ The Invisible Man, first published in 1897, isn’t all that complicated of a story, especially by science fiction standards. There aren’t many characters or locations, the plot is straightforward, and the science is mostly inconsequential to an appreciation and understanding of the story. It’s a fantasy and a character study, not just of the titular invisible man, but of provincial England at the turn of the century (or at least an imagined version of it). The trouble with it being a character study, of course, is that it can be difficult for readers to identify with an invisible man.

As an audience, we have a subconscious urge to put a face and a name to our fears. And so, with The Invisible Man, we have the perfect segue of a story from the page to the screen. One artificially snowy day in April 1933, a bandaged, bug-eyed, very warmly dressed, and profusely hot and sweaty British stage actor named Claude Rains opened a door and stepped onto the set of a British country inn on the back lot of Universal Studios as a curious fellow named Jack Griffin, and a pop culture horror icon was born. Wells’ The Invisible Man, its famous 1933 film adaptation directed by James Whale and written by R.C. Sherriff, and the many sequels and copycats on film and television in decades to follow, demonstrate clearly and forcefully the importance of source material in adaptations, fidelity to the author’s original intent and premise, and how in the right hands, a memorable story in print can become a lasting and invaluable part of the cinematic zeitgeist. 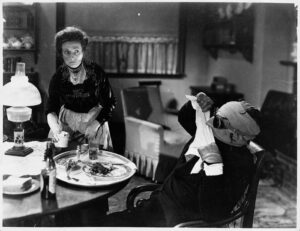 Wells’ novella had a long, arduous, and unlikely journey from London bookstores in 1897 to movie screens around the world in October and November of 1933. Before production began, Wells and producer Carl Laemmle Jr. suffered through a hand-wringing development hell populated with four different directors, nine writers, six treatments, and ten different screenplays, none of which were deemed satisfactory or had any resemblance to the source material. By 1933 it was already a Hollywood cliché for films to play fast and loose in adapting fiction for the screen (though not always for the worse; e.g. Universal’s own Dracula and Frankenstein from ’31, the latter also directed by Whale). Wells was unhappy with all previous attempts to adapt his work on the film, and he wanted to be involved in his own adaptations, so he sold Universal a ten-year contract for the film rights to The Invisible Man for $10,000 (later re-negotiated to give Universal the film rights to the franchise in perpetuity), with a clause that he must have guaranteed script approval.

These failed attempts to adapt The Invisible Man make for a worthy addition to the Book of Might-Have-Been. At one point, Frankenstein co-writer Robert Florey was attached to write and direct the film. Whale himself, experienced as a director and to a lesser degree as an actor, but not as a writer, wrote a maudlin, florid early treatment that was painfully rejected by Wells. Preston Sturges wrote a version as a sweeping romance set amidst the Russian Revolution (pity the poor actor who would have had to dress even more warmly than Claude Rains under Universal’s studio lights). Remarkably, even John Huston, the inimitable master of noir and drama, wrote a draft that was rejected. In the end, it was writer R.C. Sherriff’s radical idea to simply tell the story of the novel that was agreed on by Laemmle and Wells as the best course of action.

Once the script had been decided on, Whale quickly came back on board to direct, and the film was cast and a crew assembled in short order. The production was mostly unremarkable. It went over schedule and over budget, there was a fire that prematurely destroyed a farmhouse set, and Rains passed out a few times from heat exhaustion, but none of these things is much out of the ordinary during a film shoot. What was remarkable, and to a large degree what the film is remembered and praised for to this day, were the ground-breaking special and visual effects, many of which were invented for the film and have had a profound and lasting impact on the film industry. John P. Fulton, then the head of Universal’s “Trick Department,” made the Invisible Man live up to his name when he invented a travelling matte technique using black velvet image compositing that predated the blue and green screen digital matte effects that are now ubiquitous in the industry. Cinematographer Arthur Edeson sold the illusion by inventing the wirework and practical effects for scenes in which Griffin was completely invisible. Finally, a team of artists were set to work with microscopes, fine brushes, and opaque dyes to manually smooth over minute flaws in the in-camera and optical printing effects for over 64,000 individual frames of the film negative (nearly 45 minutes of the film’s meagre runtime). 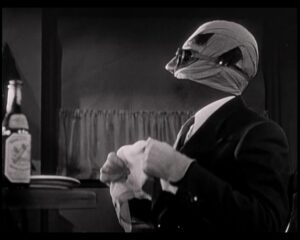 It’s worth mentioning that while Whale’s film is mostly faithful to the narrative, characters and tone of the novel, there are a few key differences in the adaptation (and not all of them for the better). The Hays Office’s suffocating moral guidelines and Hollywood studios’ maddening insistence on creative interference in the name of mass appeal may be to blame for some of the film’s “quirks.” An entirely superfluous love story was added to boost the film’s feminine bona fides, and Griffin’s lengthy expositional monologue was omitted. Most obvious of all the differences, especially to fans of Universal’s monster movies, is that the Jack Griffin of the film is exponentially more bloodthirsty than his literary counterpart. With a total body count of over 130 victims, Jack Griffin beats his “peers” Dracula, the Wolf Man, Frankenstein’s monster, the mummy Imhotep, et al, by a country mile (120-year-old spoiler alert: Griffin in the novel may not be a killer at all; he’s merely implicated in one murder and he later tries and fails to kill a police officer). Somehow, a man who became invisible turned out to be a bigger threat to humanity than an entire cavalcade of unholy, flesh-eating, blood-drinking, child-murdering, undead abominations. Go figure. Griffin’s tragic and complicated psyche, personal history, and descent into madness were all washed away in favour of the simple explanation that the invisibility formula drove a good man murderously insane. In short, Universal Pictures turned Claude Rains into a serial killer with a heart of gold. Sigh.