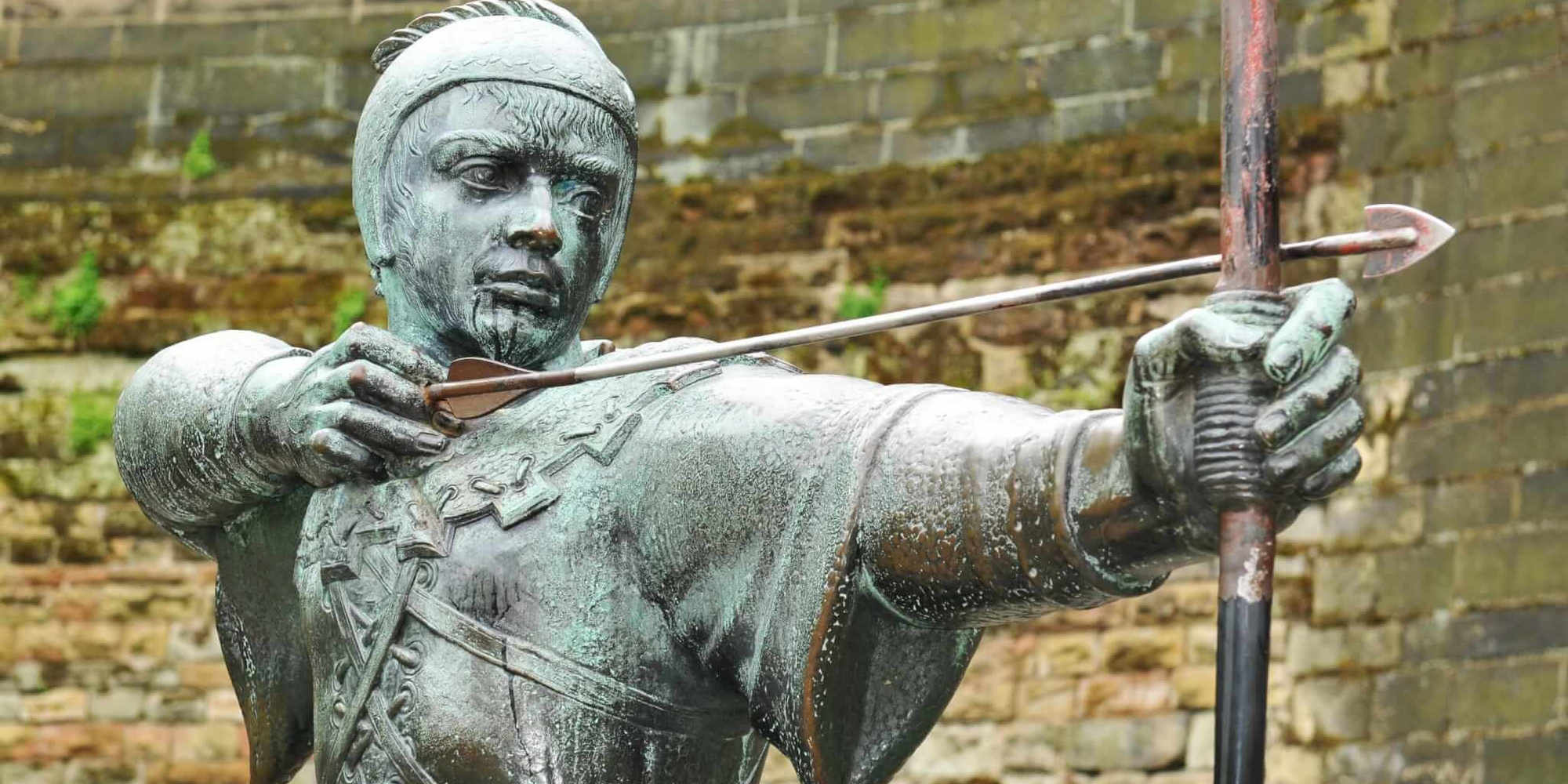 2018 marks 150 years since the birth of Henry Gilbert, author of the best-known version of the classic tales of Sherwood Forest. David Stuart Davies takes a look at the famous outlaw.

‘Have no fear for me’, laughed Robin. ‘While I have my good bow, and the greenwood stands to shelter me, I can laugh at all who wish me ill.’

Robin Hood is perhaps the greatest British folk hero and is celebrated in many books, films and other forms of entertainment. References to this colourful outlaw of Sherwood Forest go back into the mists of time. There is a mention of the ‘rhymes of Robin Hood’ in the poem Piers Plowman, thought to have been composed in the 1370s, but the earliest surviving copies of the narrative ballads that tell the outlaw’s story date to the second half of the 15th century. So, by the time the twentieth century dawned, Robin was a well-known and well-documented character, but it was Henry Gilbert’s book Robin Hood, published in 1912, which assembled all the disparate elements of the legend into an elegiac and detailed version of Robin’s life and adventures. The book re-conceives all the familiar set-pieces of the story along the lines of a sweeping narrative arc that gives to the whole the grandeur of an epic.

Robin emerges from the text as a vivid and fully rounded individual. All the familiar characters are here, too, including Little John, Friar Tuck, Will Scarlet and Maid Marian, whom we are told was Robin’s childhood sweetheart and, when they were just children, they vowed to marry each other. And of course, the villainous Guy of Gisborne and the Sherriff of Nottingham play their usual dastardly roles in the drama.

There is no doubt that Gilbert saw Robin Hood as a dashing romantic hero, an enemy of injustice and a friend to the downtrodden. King Richard’s judgment of the man sums up the author’s view and the tone of the book: ‘Thy justice is a wild justice, but like thy bolts, it hits the mark. I forgive thee much for that.’

Gilbert’s tale begins with an account of how Robin actually became an outlaw. He risks his freedom in the service of his true love, Marian. On the day she was to have been wed against her will to the villainous Sir Roger de Longchamps, Robin intervenes and in the course of a fight kills the errant knight. Knowing that Longchamps’ powerful friends will have him declared a renegade, Robin takes refuge in Sherwood Forest and there awaits the day he can once more roam the country as a free man.

Soon he has assembled a group of supporters, a band of wretched and dispossessed men, sick to death of oppression by the ruling class, who choose life under Robin Hood in preference to their brutal former existences. As outlaws, Robin and his merry men quickly gain a favourable reputation among commoners by stealing from the rich and giving to the poor. As the tale unfolds Robin’s foes are brought down one by one until his final epic battles with the evil Guy of Gisborne and Sir Isenbart de Belame. Along this journey are many entertaining stories of Robin’s escapades, from his dramatic first meeting with Little John to his encounters with Alan-a-Dale, Friar Tuck and King Richard. While the tale, is essentially a merry romp, it also paints a vivid picture of the times, the cruelty, the poverty and the fragility of human life. This aspect of the book helps to raise it above other more simplistic retellings of the Robin Hood story.

Gilbert does not flinch from ending his tale with the death of Robin Hood. In the final chapter, he is attacked by Guy of Gisborne in the forest. Robin says, ‘Thou hast come thyself at last, hast thou? For years thou has sent thy spies, thy ambushers, thy secret murderers to slay me and now thou hast come to do the deed thyself – if thou canst.’ The reader expects the worst, but indeed, our hero defeats his arch enemy and lives to fight another day. Sadly it is age and sickness and the wiles of a cunning woman which finally conquer this courageous hero.

The novel is a wonderful, engaging realisation of the story of Robin Hood. Whether it be fact or fable, in reading the book, for a short time we become one of his merry men.

As I mentioned earlier, there have been many movies featuring the fellow in Lincoln green, but, for me, the one that stands head and shoulders above the rest is The Adventures of Robin Hood, produced by Warner Brothers in 1938. Not only has this movie an excellent cast – Errol Flynn as Robin, Basil Rathbone as Sir Guy, Claude Rains as Prince John and Olivia De Havilland as Marian – but also it was filmed in rich, vibrant Technicolour and has a most remarkable and stirring score by Erich Wolfgang Korngold. It is fun. It is exciting. And it does the legend proud. In 1995, the film was deemed ‘culturally, historically, or aesthetically significant’ by the United States Library of Congress and selected for preservation by the National Film Registry.

Other significant cinematic forays into the greenwood include Douglas Fairbanks’ spectacular silent movie (1922) and Walt Disney’s live-action version, The Story of Robin Hood (1952) filmed in England with a British cast including Richard Todd as Robin. Disney gave us another take on the story in cartoon form with their animated feature Robin Hood (1973) in which the hero is portrayed as a fox. More recent versions have included Robin Hood, Prince of Thieves (1991) with Kevin Costner, a very American sounding R. Hood and Alan Rickman as a somewhat hysterical Sherriff of Nottingham who, when annoyed, decides ‘to cancel Christmas’; and in 2010 Russell Crowe wielded the bow in a lively but historically inaccurate blockbuster.

In their different ways, all these movies are enjoyable, but if you like to exercise your imagination and create your own visions of Robin Hood and his exciting exploits, you could do far worse than dip into Henry Gilbert’s richly satisfying novel. 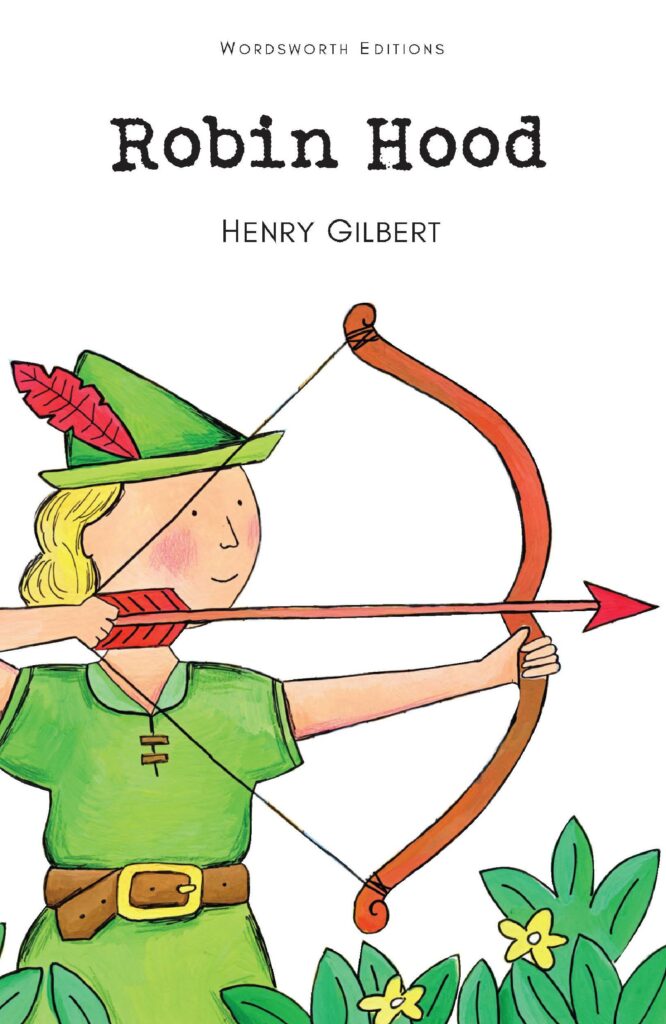 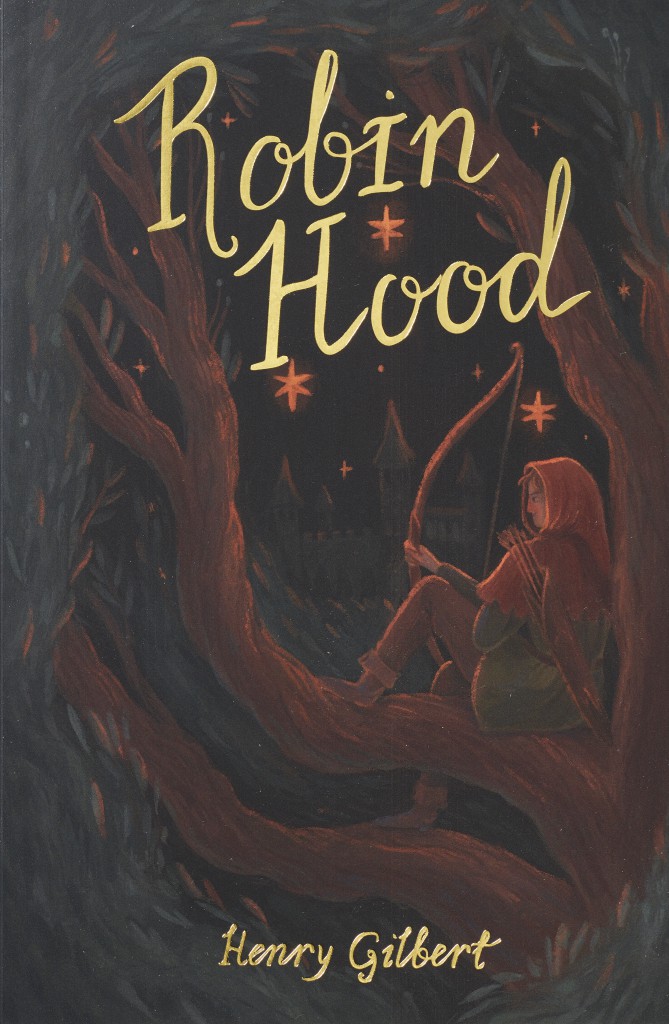 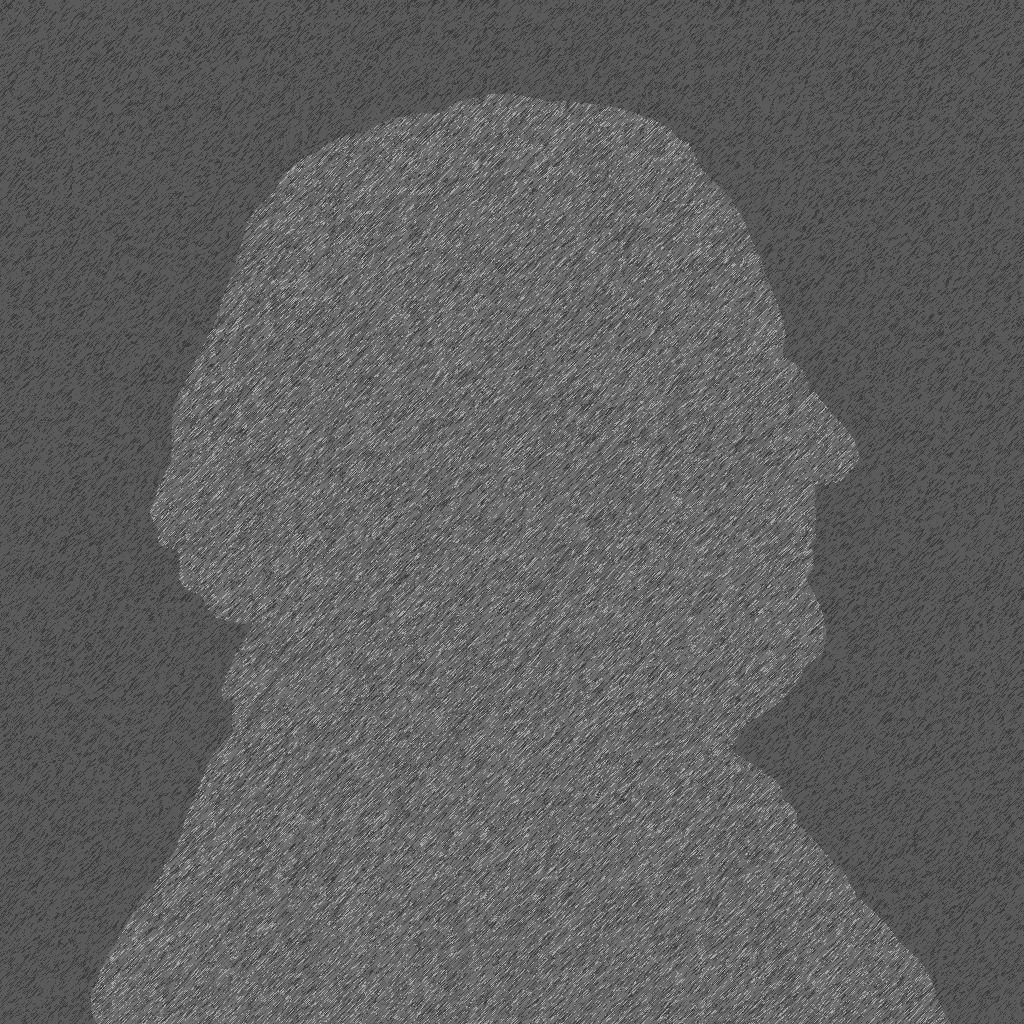