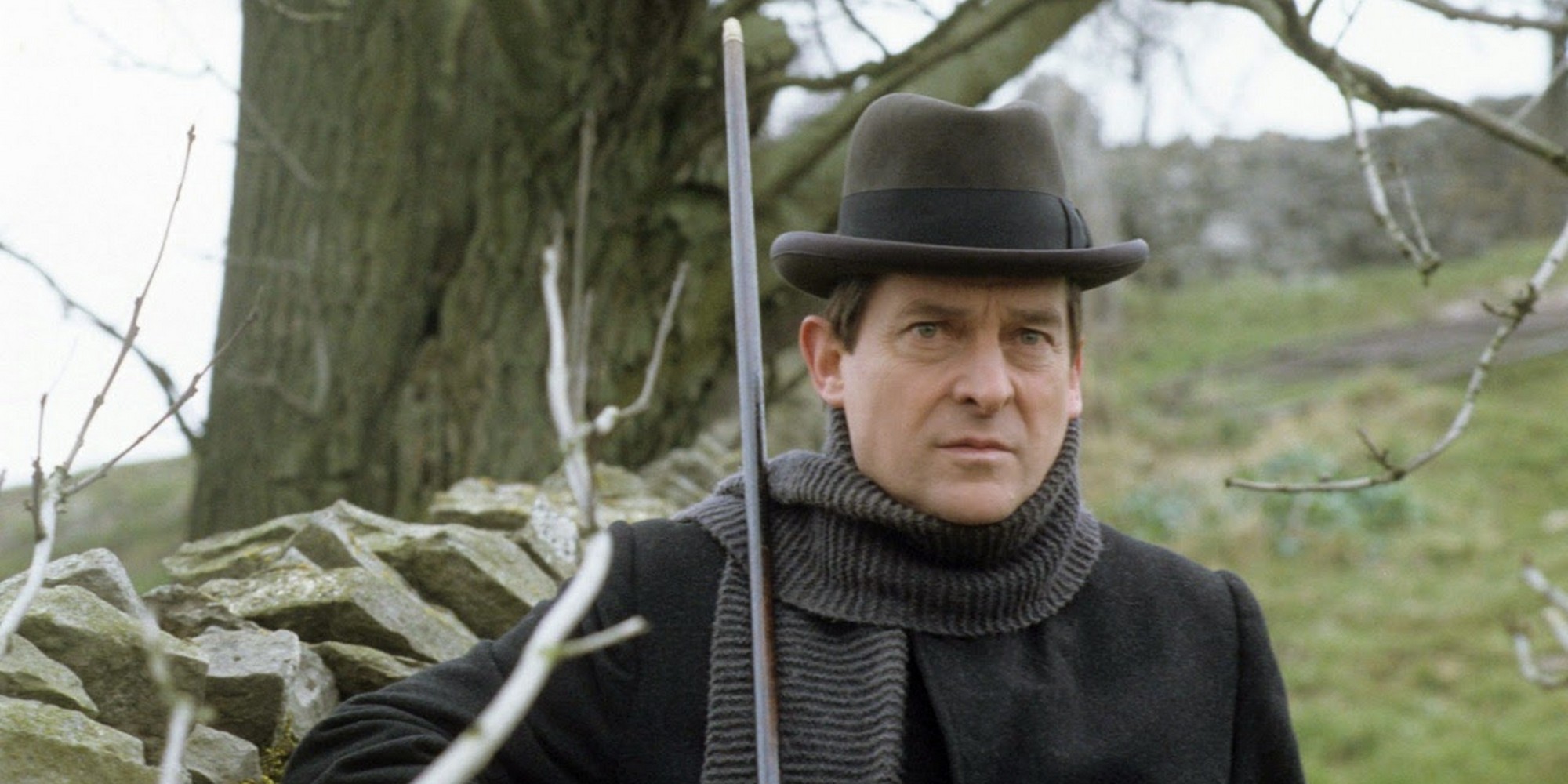 David Stuart Davies concludes his series with a look at the modern portrayals of the timeless sleuth.

The first Sherlock Holmes series on British television appeared in 1951. Alan Wheatley, who later found fame as The Sheriff of Nottingham in the Robin Hood series featuring Richard Greene was engaged to play Holmes and Raymond Francis, who later starred as Detective Chief Inspector Lockhart in the crime series No Hiding Place, was the new Watson. The Times noted that Wheatley’s performance ‘was done in a proper spirit of seriousness’

In 1953 American producer Sheldon Reynolds, a life-long fan of Sherlock Holmes decided to get a piece of the television action by producing a Holmes series in Europe where the costs were cheaper. Conscious of the youth market, Reynolds wanted a young hero. When he interviewed the thirty-five-year-old Ronald Howard he knew he had his man. Sadly he cast Howard Marion Crawford as his Watson. Crawford was only four years older than Howard but looked much older and played much older; his Watson was in the same blustering ‘hail fellow, well met’ school of performance as Nigel Bruce.

Reynolds produced 39 half-hour shows between 1953-1954 on a shoestring budget. The series was set in the period and filmed in Paris. Despite the poor quality of the series in many departments, Howard gave a refreshing and appealing performance.

The 1964 BBC TV series Detective presented a set of 50-minute dramas each featuring a different literary sleuth. ‘The Speckled Band’ was chosen as the Holmes offering and the detective was portrayed to great effect by Douglas Wilmer. The press and viewer response was positive and so a series was planned. This, according to Wilmer, was when the trouble started. An exacting perfectionist, Wilmer soon lost his temper with producer David Goddard concerning the relaxed approach to the series. ‘The powers that be only saw it as just another TV show and weren’t concerned enough to get the details right. Wilmer refused to do a second series and so the BBC went in search of another Holmes. They came up with Peter Cushing.  The first offering was a two-part adaptation of The Hound, which remains one of the most faithful of all versions of the story.

However, once the series – the first to be made in colour – got underway Cushing experienced similar problems to those encountered by Wilmer. Not enough time had been allowed for rehearsals and exterior shooting. Nevertheless, Cushing’s portrayal of Holmes was praised and indeed his devotion to the character and attention to detail were invaluable. The actor requested that the costumes for the series replicated those shown in the Paget illustrations.  The BBC agreed, and in doing so exploded the myth of Holmes’ Inverness cape: As Peter Cushing observed, ‘It’s not an Inverness cape in the drawings, it’s a long overcoat with a hood’.

Perhaps the most recherché version of a screen Holmes was portrayed by Robert Stephens in Billy Wilder’s underrated masterpiece The Private Life of Sherlock Holmes (1970). Sensibly Wilder cast British actors in the main roles: Robert Stephens as Holmes and Colin Blakely as Watson. According to Stephens, Wilder was most impressed with Blakely because as he left the audition interview he turned, smiled brightly at the director and said, ‘God bless you.’ ‘Very British,’ thought the director, ‘and very Watson.’

In an inspired piece of casting, Christopher Lee was given the part of Mycroft, Holmes’ brother. Wilder stated: ‘There is a certain amount of natural humour but the stories in our picture essentially show the relationships and friendship between the two men.’

Roger Moore presented a combined version of himself and The Saint in Sherlock Holmes in New York, (1976);  George C. Scott played a New York lawyer who thinks, and indeed, acts like the Great Detective with Joanne Woodward as Watson, his psychiatrist in a bleak New York comedy, They Might Be Giants (1971); Nicol Williamson was a neurotic and emotionally disturbed Holmes in The Seven Per Cent Solution (1976), with Robert Duval as one of the worst Watsons ever playing the part like a speak your weight machine.

Another really interesting take on Sherlock was provided by Christopher Plummer in Murder by Decree, (1979). His Watson was James Mason and, although noticeably older than the detective, the two men formed a warm and believable relationship This has made this movie a favourite with fans of Holmes rather than the controversial nature of the plot, which takes us back to Jack the Ripper territory.

Between 1979 and 1983 Soviet TV screened a series of Holmes films each based on Doyle’s original stories. Produced by Lenfilm, all the episodes featured Vassily Livanov as Holmes and Vitaly Solomin as Watson. The leading actors were chosen for the Englishness of their appearance and for their compatibility with the Paget drawings. Similarly, the adaptation remained very close to the original plots but tended to include a great deal of humour.

In 1984 we had the Spielberg movie, Young Sherlock Holmes, which described itself as an ‘affectionate speculation’ and offered an alternative version of Watson’s first introduction to Holmes when he joins the same public school.

The real bonus of the film is the performance of 18-year-old Nicholas Rowe as the embryonic detective. As he matures through the course of the action, acquiring a curly pipe and a deerstalker hat along the way, he presents the convincing image of a bright, precocious teenage Sherlock. 14-year-old Alan Cox is a rather surly and unadventurous Watson.

In the 1980s, Jeremy Brett became Sherlock Holmes. No actor before him had so many of the attributes that coincided with the character created by Arthur Conan Doyle. As Michael Cox, producer of the Granda TV series in which Brett appeared, observed: ‘he had the voice, the actor’s intelligence, the presence, the physique, the ability to jump over furniture, be convincing in a disguise, handle the horses and whatever else that may be required’. The casting of Brett was inspired: it was a magical yoking of the star to the vehicle – a combination which enriched each element, and ultimately elevated and illuminated both. Brett became Holmes for millions of fans all around the world. Brett had two excellent but disparate Watsons: David Burke giving us a sensitive and at times a jovial version while Edward Hardwicke was quietly authoritative, displaying a strong sense of loyalty and tolerance. Actually, a blend of the two would have made the perfect Watson.

Mention must also be made of Granada’s Moriarty played with chilling canonical fidelity – even to the reptilian swaying of the head – by Eric Porter: a Paget drawing come to life.

As the 21st century dawned, the fascination with the super sleuth of Baker Street was still rife and two television ventures endeavoured to bring the character slap bang up to date. A pair of self-confessed Sherlock fans, writers Steven Moffat and Mark Gatiss conceived the notion of bringing Doyle’s main protagonists to modern London. The first series of Sherlock aired on the BBC in 2010. This rather daring concept has worked brilliantly, allowing the detective to manipulate modern technology in authentic Sherlockian fashion in order to aid his investigations. He even has a website: ‘The Science of Deduction’. Benedict Cumberbatch gives us a Sherlock who is a part geek and part victim of Asperger’s syndrome, but despite the character’s arrogance and lack of social skills, this charismatic actor has made Sherlock a thoroughly fascinating individual. Martin Freeman’s portrayal of Watson is the first to convince the viewer that he really is a damaged soldier who has been put through the mill in Afghanistan.

In America, CBS tried a similar idea. In the series Elementary, which premiered in the US in 2011, they placed Sherlock, played by British actor Johnny Lee Miller, in a modern New York setting giving him a female companion, Joan Watson. From the point of being true to the Doylean concept of the character, they have failed by perhaps going a step too far…

Hollywood has also jumped on the burgeoning Sherlock bandwagon.

In 2009 Robert Downey Jnr took the title role in the Victorian romp, Sherlock Holmes. The character, while exhibiting remarkable deductive and boxing skills, was presented in an exaggerated cartoon form with all his foibles and habits horribly magnified or lampooned. This problem is compounded by the fact that Downey Jnr is short and does not resemble the popular image of Holmes in any way. His Watson, Jude Law, had great potential: he looked like Paget’s depiction of the character and was convinced as a writer and a ladies’ man but his characterisation was constantly being undermined by the script which portrayed him in mainly comic terms. While these three projects continue, one wonders who will be the next resident at that celebrated Baker Street address.