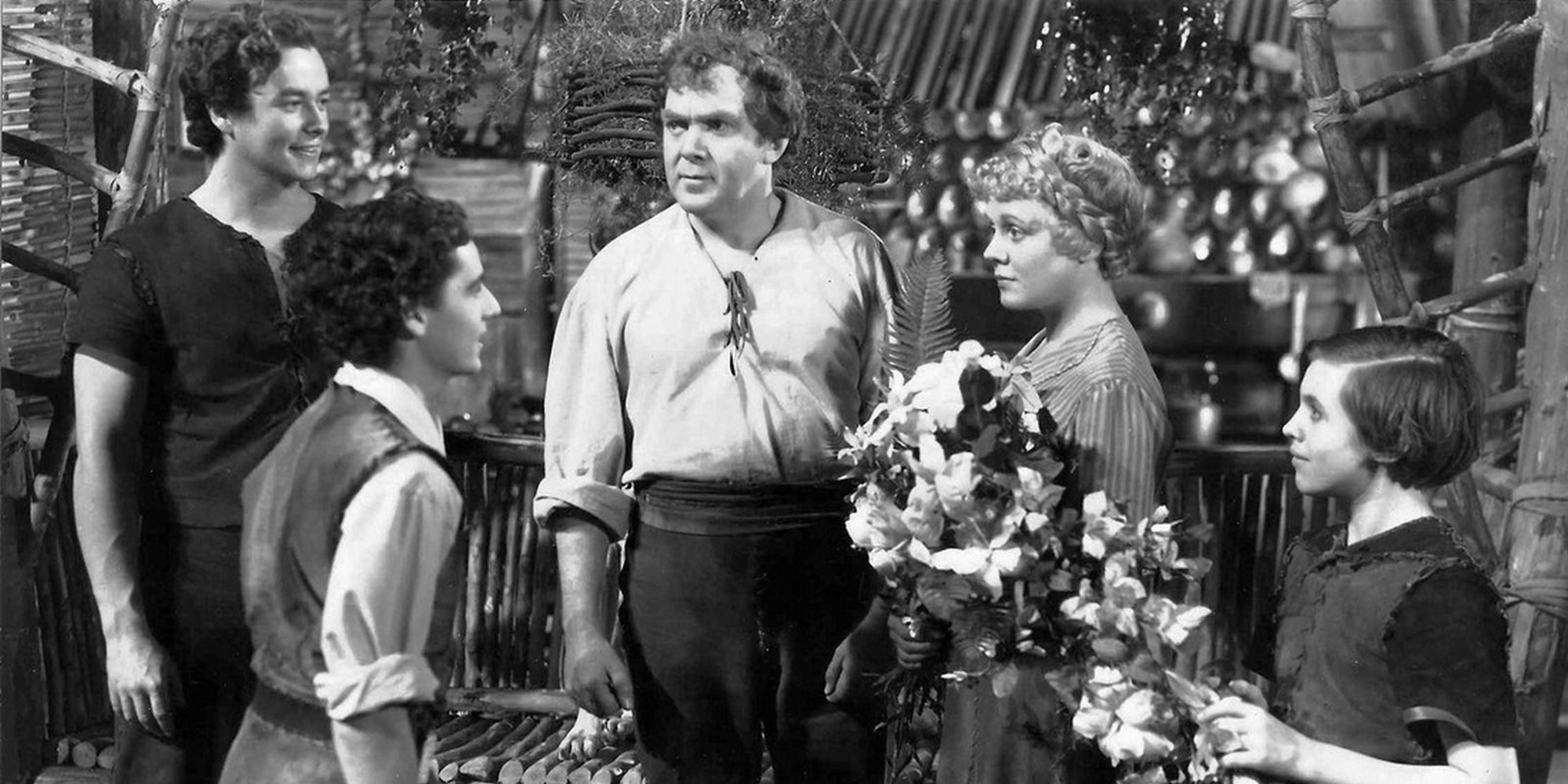 David Stuart Davies looks at this much-loved, much-adapted story of a family shipwrecked on a tropical desert island.

It all started with Robinson Crusoe (1719) the story of a man castaway on a desert island and how he survived and prospered in this strange environment. This novel, by Daniel Defoe, was a great success and inspired other writers to come up with similar tales. Castaway novels, written by Ambrose Evans, Penelope Aubin, and others, became quite popular in Europe in the 18th and early 19th centuries. However, most of these have fallen into obscurity, but one book resonated so much with the reading public that it has been in print since it was first published in 1812. This is The Swiss Family Robinson, which borrowed Crusoe’s first name for its title.

The origin of this adventurous tale, which has emerged as a great children’s favourite, had an unusual genesis. It was written by a Swiss pastor, Johann David Wyss, but then edited by his son Johann Rudolf Wyss, a scholar who wrote the Swiss national anthem. The book was illustrated by another son, Johann Emmanuel Wyss. The original purpose of the novel was to pass on the great moral merits of family values, working on the land, the uses of the natural world and self-reliance. Wyss’ attitude toward education is in line with the teachings of Jean-Jacques Rousseau who stated that ‘you are undone if you once forget that the fruits of the earth belong to us all, and the earth itself to nobody.’

Many episodes in the novel involve Christian-oriented lessons dealing with frugality, husbandry, acceptance and cooperation. The plot is a simple one, which is part of the book’s enduring charm. The Robinson family, which consists of William and Elizabeth and their four children, Fritz, Ernest, Jack and Francis, along with two dogs, Turk and Juno, find themselves shipwrecked on a desert island. They are fortunate enough to have salvaged some of the wrecked ship’s cargo of livestock Including chickens and geese, as well as guns and carpentry tools. With the help of his family, the father, William, sets about establishing a home and a self-sufficient base in their new and strange environment. The novel then details the adventures, trials and tribulations the Robinsons experience in the next ten years on the island. Initially they construct a tree-house, but as time passes they settle in a more permanent dwelling in part of a cave. They discover food on the island such as coconuts, sugarcane, honey and potatoes, and secure themselves against danger. The adventure follows adventure as they explore the territory, encounter wild birds and terrifying animals, plant crops, and settle in for a long stay. Although there are many hardships, the family lives in peace and harmony.

Fritz rescues a young English woman, Jenny Montrose, who has been shipwrecked on another part of their island. Eventually a British ship, in search of Jenny, anchors near the island and is discovered by the family. The captain is given the journal containing the story of the family’s life as castaways which is eventually published. Several members of the family choose to remain and continue to live tranquilly on their island while the others return to Europe with the British ship

The Swiss Family Robinson was first published in 1812 and translated from German into English two years later. Critics have pointed out that the setting of this book, an uninhabited island in the Pacific, could not possibly exist in reality. No single island could supply the diversity of flora and fauna and the various wild animals encountered by the family in the story. But this is a work of fiction, and creating new realities is what writers do to add extra flavour and interest to their narratives. The story is related by the father in a straightforward, easily accessible style. Nevertheless, there is a moralising tone throughout but the adventures are exciting enough to compensate for this and have helped to keep this book a strong favourite with children through the years.

The Swiss Family Robinson not only formed the basis of numerous films and dramatic presentations but it has also inspired various literary works also. As early as 1858 there was a sequel to the novel, Willis the Pilot, which has been attributed to both Johann Wyss and to Johanna Spyri, the author of Heidi. In 1900, Jules Verne took up the story where the original novel ends in Second Fatherland and as recently as 2015 American author and entrepreneur T.J. Hoisington published Return to Robinson Island which begins fifteen years after the Robinson family was shipwrecked.

The first feature-length film of the novel was made in Hollywood by RKO Pictures in 1940 with Thomas Mitchell as William Robinson. It was fairly faithful to the book and Variety called it a ‘good adventure yarn.’ Walt Disney studios gave their version in 1960. It starred John Mills and Dorothy McGuire as the parents. It received generally positive reviews from critics and did very well at the box office, making it the highest-grossing film of 1960.

Since 2004, there have been rumours that the Disney studio was returning to book a new version of the tale. Every few years since then mention has been made of the remake, but nothing yet has materialised. In 2014 it was announced that Steve Carell would possibly headline Brooklyn Family Robinson, a modern update of the story but, again, there has been no further news of the project.

On television there was an Australian series following new adventures of the family on their island home and for science fiction fans there was Lost in Space which has the family, along with a renegade robot, adrift and lost in the infinite depths of outer space. Perhaps this series more than any other version of the novel illustrates the broad appeal of the original concept: a close family facing their fears and coping admirably in an alien environment. As such, this goes some way to explaining the book’s timeless and international appeal.