Scroll
Skip to content
HomeBlogThe Children of the New Forest 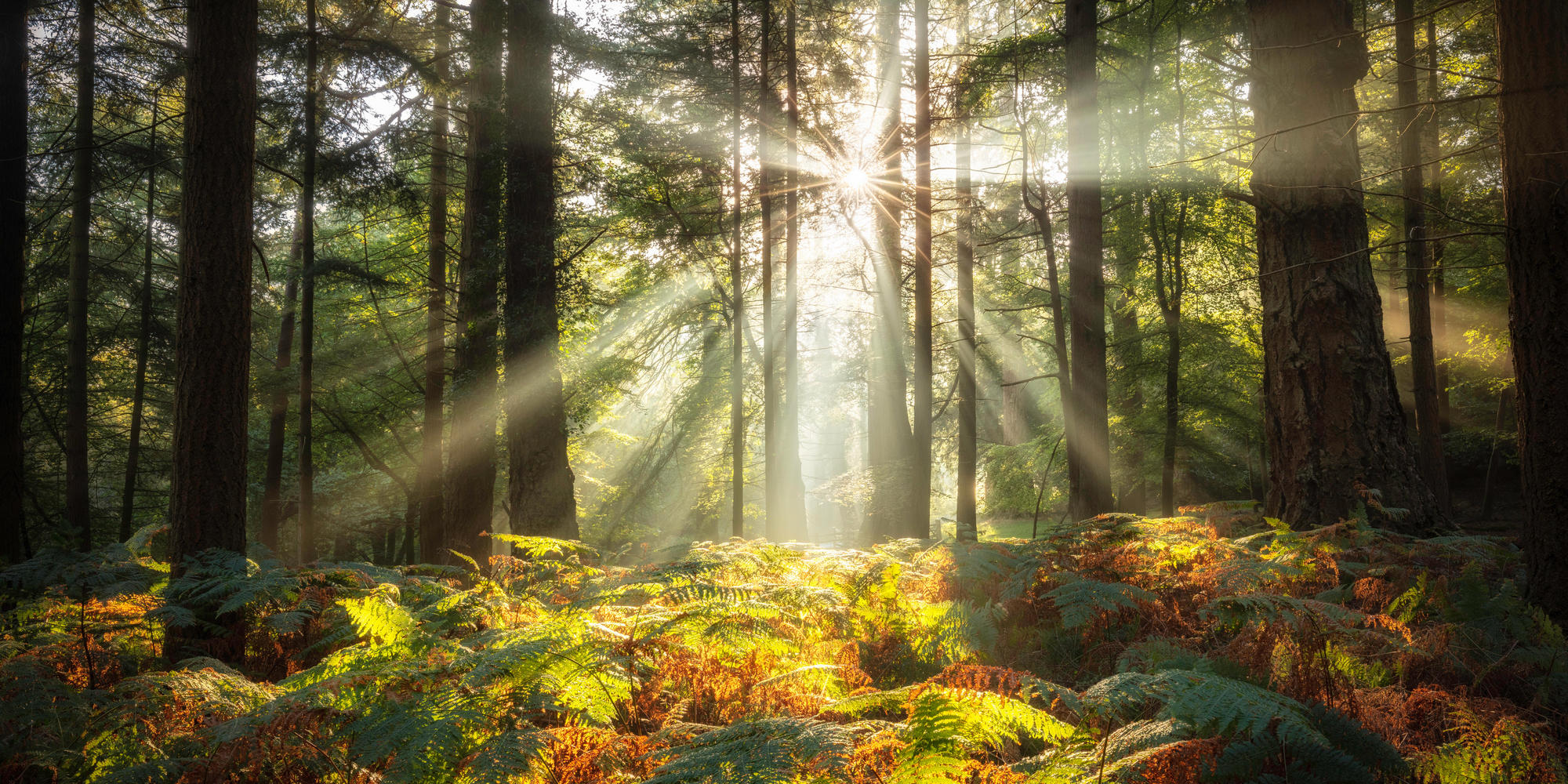 David Stuart Davies looks at a classic children’s story set in the time of the English Civil War.

Frederick Marryat (1792 – 1848) wrote novels for both adults and children. He ran away to sea as a young boy and had a notable naval career, distinguishing himself by a number of heroic deeds and inventing a lifeboat for which he was awarded a gold medal from the Royal Humane Society and given the nickname ‘Lifeboat.’ He eventually rose to the rank of captain, a title he adopted for his books. He retired from the sea in 1830 to devote his time to writing.

Apparently, while Marryat was a man of charm and wit, he was also possessed of a violent temper and on one occasion was fined for brawling in the London streets. He was rash with money, spending his way through three inherited fortunes and wasting the huge earnings he accrued from his writings. He finally gambled away his smart London house and moved to Norfolk to become a farmer. As Tom Pocock, Marryat’s biographer observed: ‘Marryat’s life was as extravagant as anything in his books.’

A great deal of his fiction had a maritime background; probably his most successful novel in this genre was the semi-autobiographical novel Midshipman Easy (1836). However, perhaps his lasting literary achievement was The Children of the New Forest, which is generally regarded as one of the first adventure stories written specifically for children. It was his last novel, written and published in 1847, a year before his death.

The genesis of the book is interesting. In 1839, at the request of his own children, Marryat began writing Masterman Ready as a kind of sequel to Johann David Wyss’s desert island adventure novel The Swiss Family Robinson (1812). However, Marryat apparently found Wyss’s description of island hardship and deprivation so improbable and romanticised that he ended up turning Masterman Ready into his own tale of shipwreck and survival. He was so taken with the theme of isolation and forced self-sufficiency that he returned to it with a novel approach in his book The Children of the New Forest, which is set in England at the time of the English Civil War.

There is no desert island in this book but the four orphaned children, Edward, Humphrey, Alice and Edith, the central characters in the story, are forced to shrug off their aristocratic background and live a simple isolated existence in the New Forest away from civilization. The story begins in 1647 when King Charles I and his Cavalier followers have been defeated by Oliver Cromwell’s Puritan Army. While on the run, Charles is believed to have sought refuge in the New Forest and so a unit of Cromwell’s men has been sent to search the area for him. In the process, they burn Arnwood house, the property of Colonel Beverley, a Cavalier officer who had been killed at the battle of Naseby. Beverley’s orphaned children manage to escape the conflagration and make their way deep into the forest. Here they encounter Jacob Armitage, a forester, who kindly hides them in his isolated cottage and passes them off as his grandchildren. And so, their adventures begin. They are taught how to adapt from their privileged lifestyle and learn the ways of simple country folk in order to survive. They develop skills of self-sufficiency and are aided in their pursuits by a gipsy lad, Pablo, whom they rescue from an animal trap.  The villain of the plot is the dastardly Reverend Abel Corbould who seeks to harm and persecute the Beverley children.

Edward, the eldest, has a number of adventures, including rescuing a young girl from a house fire. However, he eventually leaves the forest and joins the army of the future King Charles II but his hopes of helping to place Charles on the throne are dashed when the Royalists are routed at the Battle of Worcester. Edward flees to France where, in exile, he works as a mercenary soldier until he is able to return to England when Cromwell is defeated, and the Restoration takes place.  With this happy ending – the family reunited at last and a monarch back on the throne – it was Marryat’s intention to bring a message of reconciliation regarding the political unrest in Britain at the time the novel was written when the Chartists were pressing for political reform.

Marryat leans towards the Royalists and their cause in the narrative but the introduction of Heatherstone, a sympathetic Puritan, who is not only kind to the children but also employs Edward as his secretary, helps to even the bias somewhat. The positive portrayal of Heatherstone is used to illustrate that not all conflicts can be presented in terms of black and white, good and bad. In this sense, the novel presents a broad picture of this turbulent time, colourful and exciting, and is a fine introduction to this eventful period in British history for young readers.

The BBC has adapted Marryat’s novel four times for television:  in 1955, 1964, 1977 and 1998. The latest adaptation wandered away from the original plot. In an injection of extra drama, the storyline adds an episode that is not in the book in which Reverend Corbould attempts a romantic relationship with Patience, the girl Edward loves. This leads to a confrontation between the two men at a watermill in the forest. A fight ensues, which ends with Edward pushing Corbould onto the water wheel. He is dragged under the water and drowned.

The Children of the New Forest was a great success when it was first published and has been in print ever since. Marryat did not live long enough to see the popularity of his novel grow. It is now seen, as critic Ian Ousby observed, as,  ‘One of the first – and most exciting – historical novels written for a young audience.’ 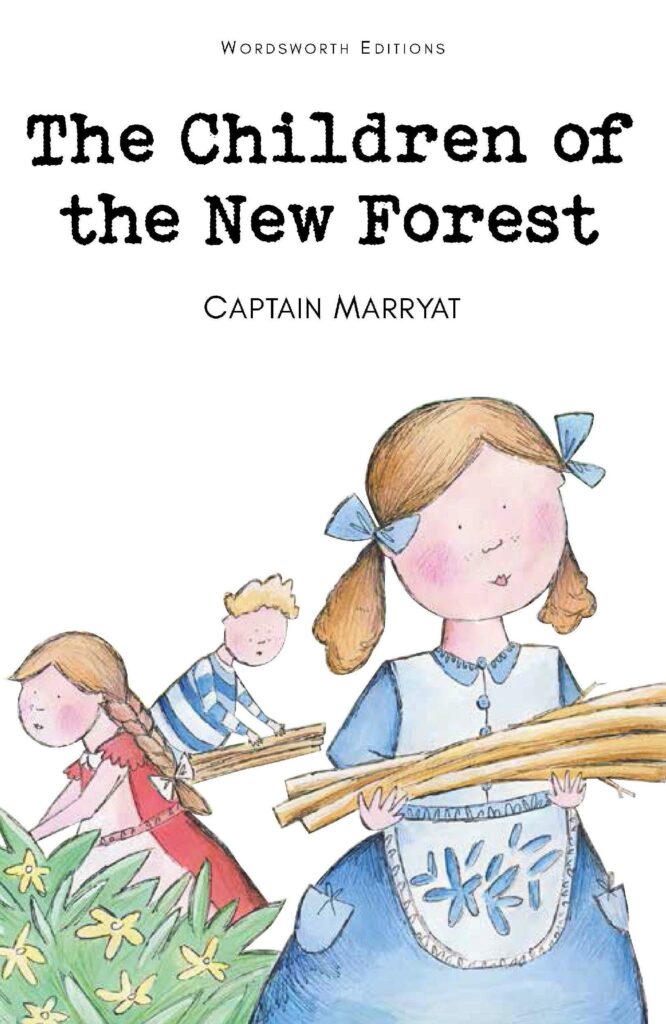 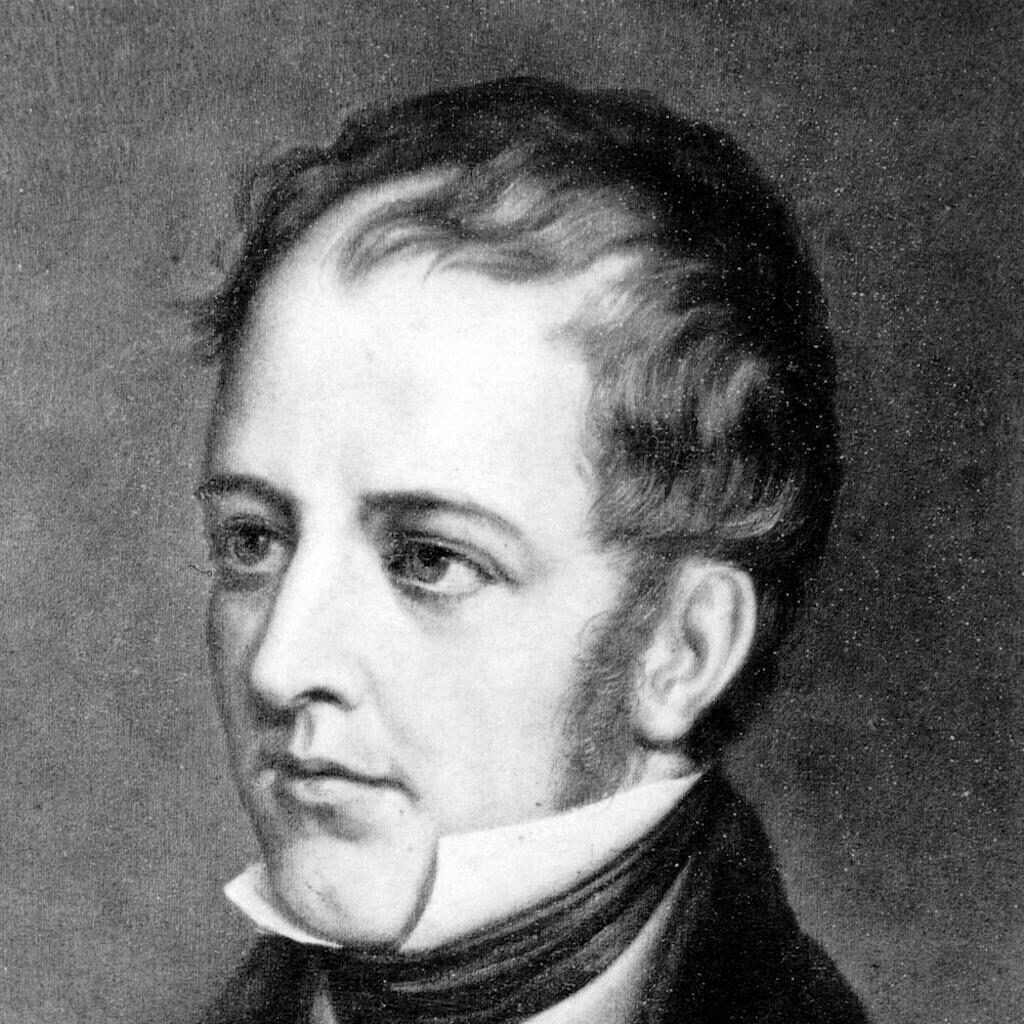 Captian Frederick Marryat (1792 - 1848) spent most of his working life at sea, and used his experiences for the basis of much of his writing. His works are now largely forgotten, with the exception of his popular children's book, 'The Children of the New Forest'.