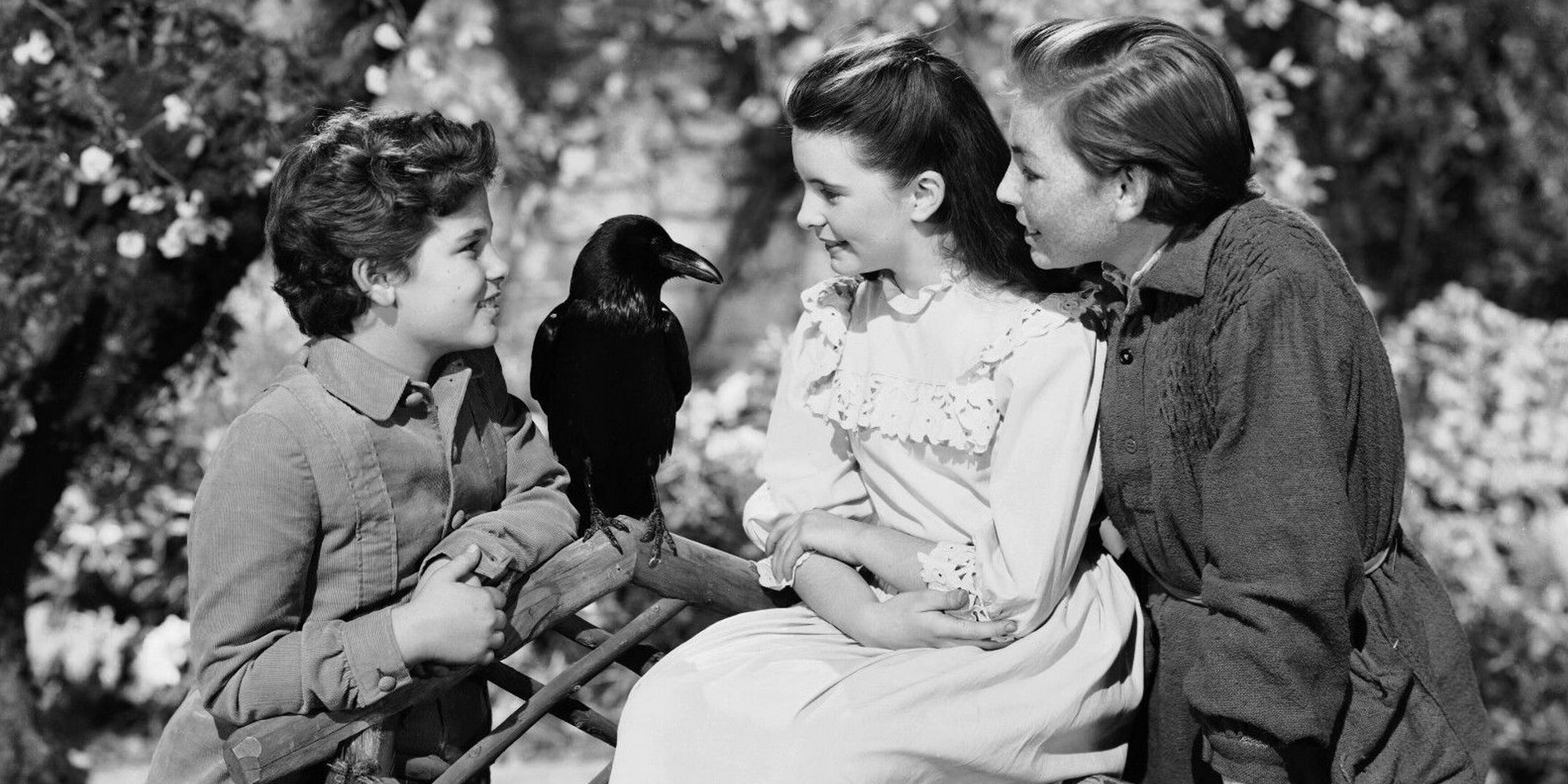 At first glance, the plot of The Secret Garden by Frances Hodgson Burnett has a similarity with several other Victorian / Edwardian stories featuring a young orphan placed in strange and unfamiliar surroundings which present a mystery and surprising revelations. The central character in the novel, Mary Lennox, is a sickly ten-year-old girl born in India to wealthy British parents. She is adrift in the world after both her mother and father die of typhoid. Initially, she is looked after by an English clergyman and his family before being sent to Yorkshire, to live with Archibald Craven, an uncle whom she has never met, at his isolated house, Misselthwaite Manor.

However, Mary is no shrinking violet. With this clever original twist, Burnett presents her in the early stages of the novel as an unpleasant bad mannered character. This is because she was unloved and neglected by her parents and brought by servants, who allowed her to develop into a spoiled, aggressive and selfish child. On arrival at the Manor, Mary is as rude and sour as ever, especially to the housekeeper Mrs Medlock. She dislikes her new home and the people living in it. But now the scene is set for her transformation and the introduction of Burnett’s overriding theme of rejuvenation and renewal.

Despite her truculence, Mary is taken under the wing of a kindly maid named Martha Sowerby, who begins to soften her nature. She tells Mary about a private walled garden where the late Mrs Craven tended her roses. After Mrs Craven’s death following an accident in the garden, her devastated husband locked it up and buried the key. Mary becomes determined to find this secret garden. In exploring the grounds of the Manor, a robin draws her attention to an area of disturbed soil. Here Mary finds the key to the locked garden and eventually the door to the garden itself. Passing through the gate, she discovers that the garden is now neglected and overrun with weeds. Mary sets her mind to bring it back to life. In doing so, she finds a purpose and excitement in her lonely existence. She asks Martha for garden tools, which the maid sends with Dickon, her12-year-old brother. Mary and Dickon take a liking to each other, and she tells him about the secret garden. With Dickon’s assistance and his knowledge of plants, Mary sets to work on reviving the garden and in the process grows healthier and kinder.

However, apart from the garden, there are other secrets to be revealed at Misselthwaite Manor such as the strange cries that Mary hears in the night and the identity of Colin, a strange disabled boy, whom she discovers in the hidden bedroom. Her relationship with him and her determination to aid his recovery with the help of the secret garden is both touching and romantic and finally transforms the sulky troublesome girl of the early pages of the book into a warm-hearted heroine who in turn brings a touch of magic not only to the garden but to those around her.

The author Frances Burnett Hodgson (1849–1924) is best known for the three children’s novels Little Lord Fauntleroy (published in 1885–1886), A Little Princess (1905), and The Secret Garden, which was originally serialised in 1910 in The American Magazine, a publication aimed at adults. The entire book was first published in 1911 by Frederick A Stokes in New York, and William Heinemann in London. The book’s working title was Mistress Mary, echoing the nursery rhyme Mary, Mary, Quite Contrary.

Marketing to both adult and juvenile audiences had an effect on its early reception; the book was not as celebrated as Burnett’s previous novels during her lifetime. The Secret Garden paled in comparison to the popularity of the author’s other books for a long period. However, following the author’s death in 1924, the book had a remarkable revival, emerging as her most popular work. Now it is noted as one of the best children’s books of the twentieth century. In 2003 it ranked number 51 in The Big Read, a BBC survey of the British public to identify the Nation’s Best-loved Novel. The fact that this was not purely a children’s novel category gives support to Burnett’s original decision to promote the book as one aimed at both adults and children. A recent post on the Amazon website sums up what many readers think of this charming novel: ‘This is a book that if you read in your youth you will want to read again in your mature years and several times in between’.

The Secret Garden was first filmed as early as 1919 although the movie is thought lost. In 1949, MGM made the second screen adaptation with Margaret O’Brien as Mary and Dean Stockwell as Colin. This version was mostly in black and white, but the sequences set in the restored garden were shot in Technicolor.

The BBC brought the novel to the television screens three times: in 1952, 1960 and a seven-part serial in 1975, which has been released on DVD.

Hallmark Hall of Fame filmed a TV adaptation in 1987, starring Gennie James as Mary, Billie Whitelaw as Mrs Medlock and Derek Jacobi in the role of Archibald Craven. It was filmed at Highclere Castle, which later became famous as the filming location for Downton Abbey.

American Zoetrope’s 1993 production was directed by Agnieszka Holland, with a screenplay by Caroline Thompson, and starred Kate Maberly as Mary, John Lynch as Lord Craven and Maggie Smith as Mrs Medlock. The executive producer was Francis Ford Coppola.

There have been numerous stage versions of the story including musical and an opera, all providing proof not only of the novel’s universal appeal but its timeless hold on the imagination. 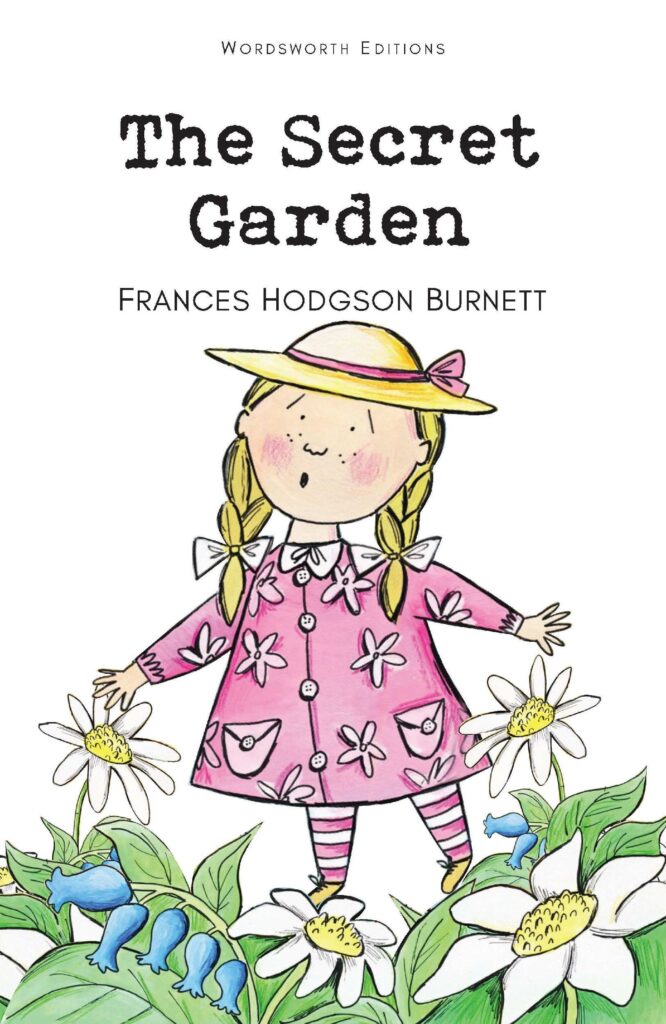 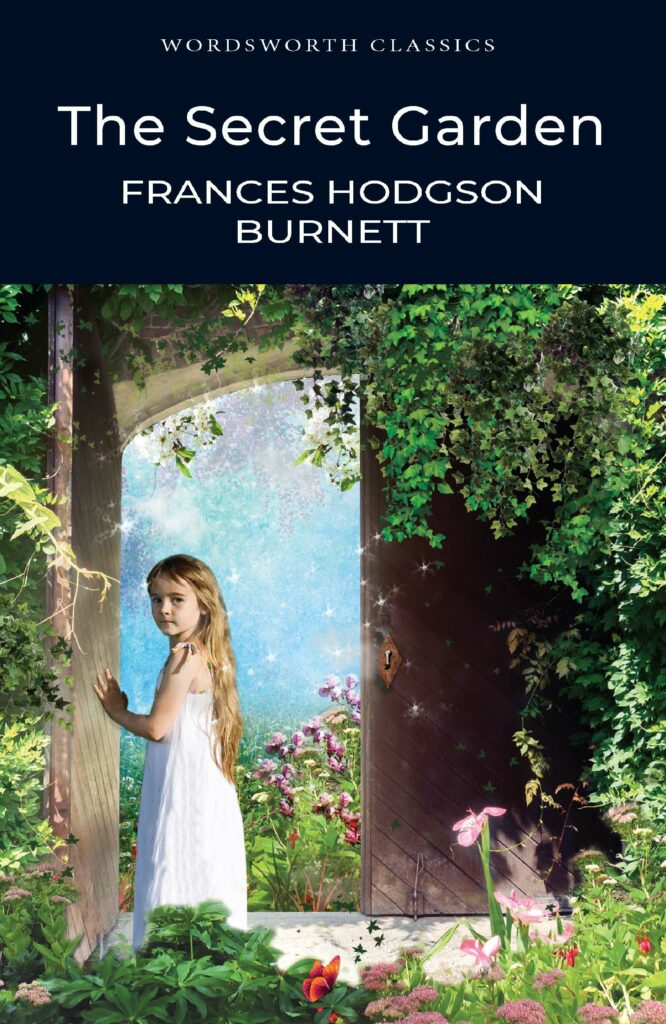 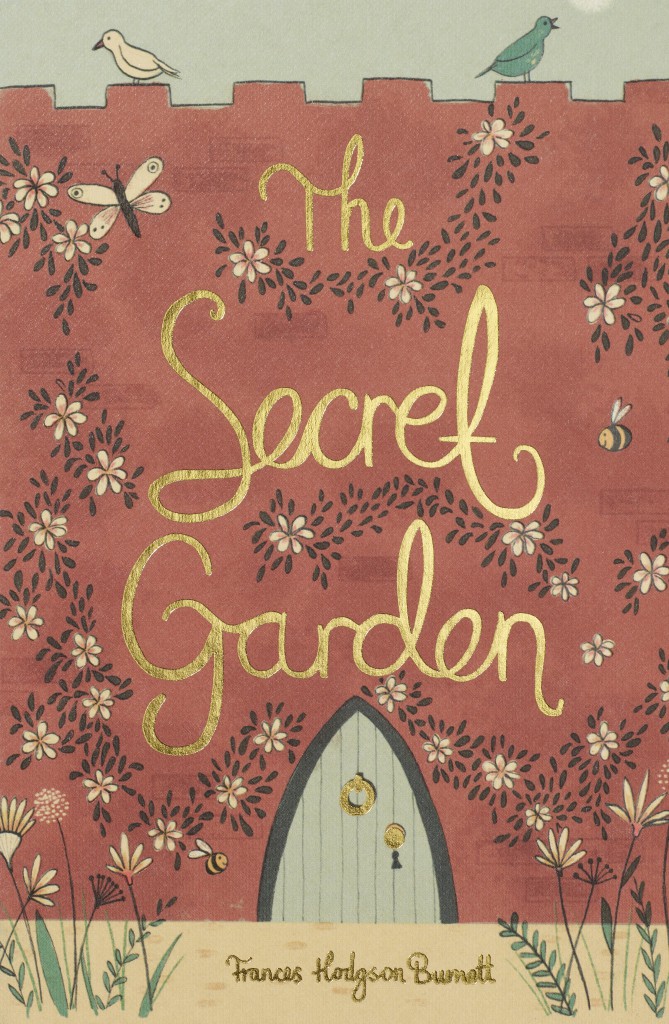 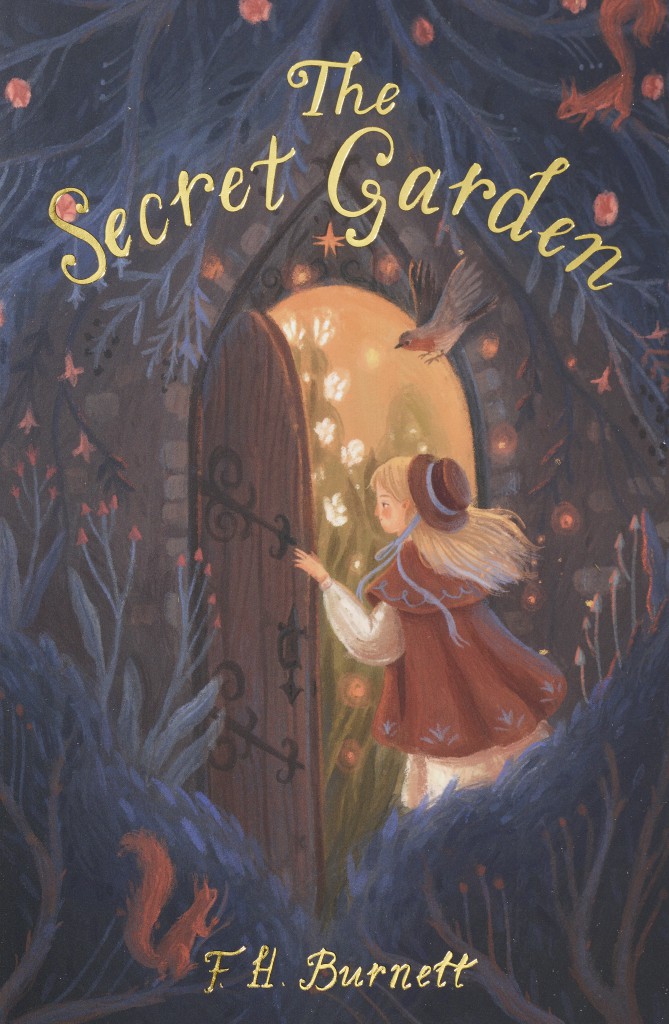 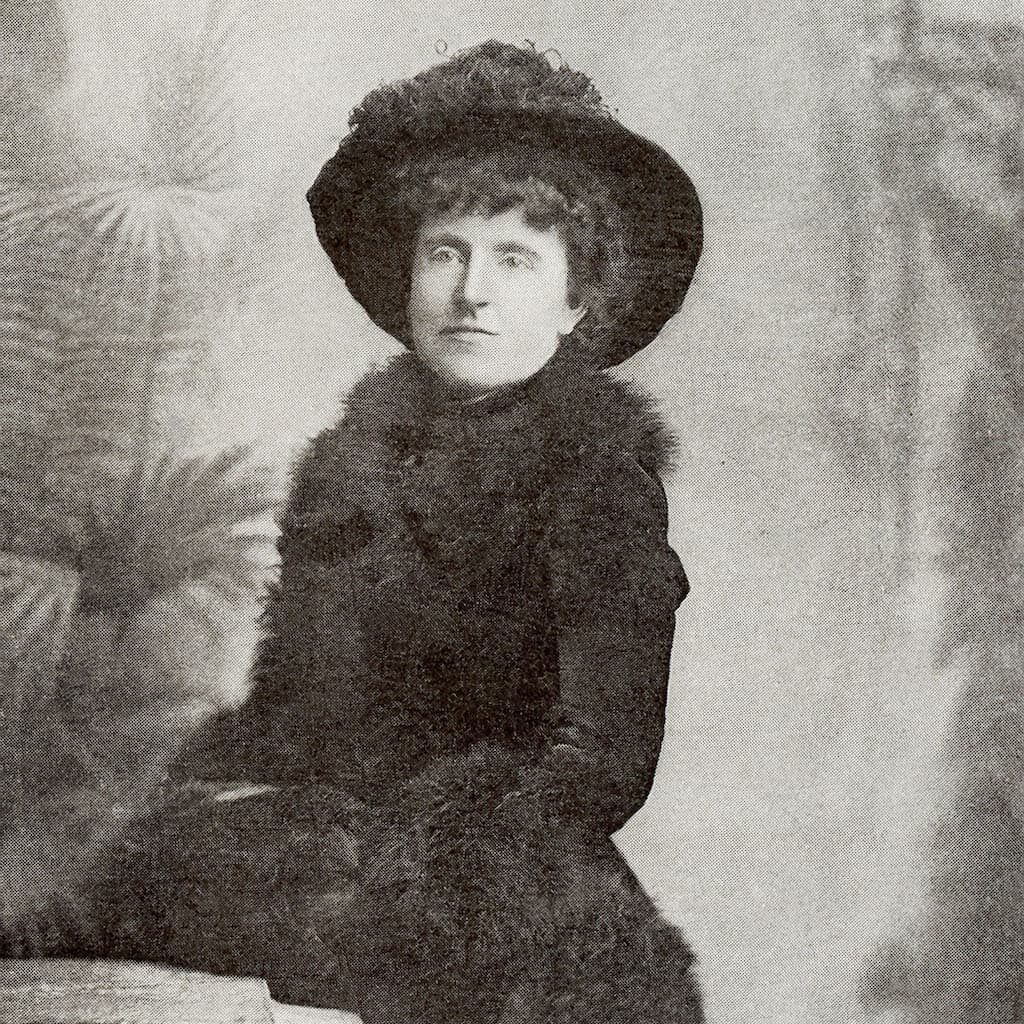