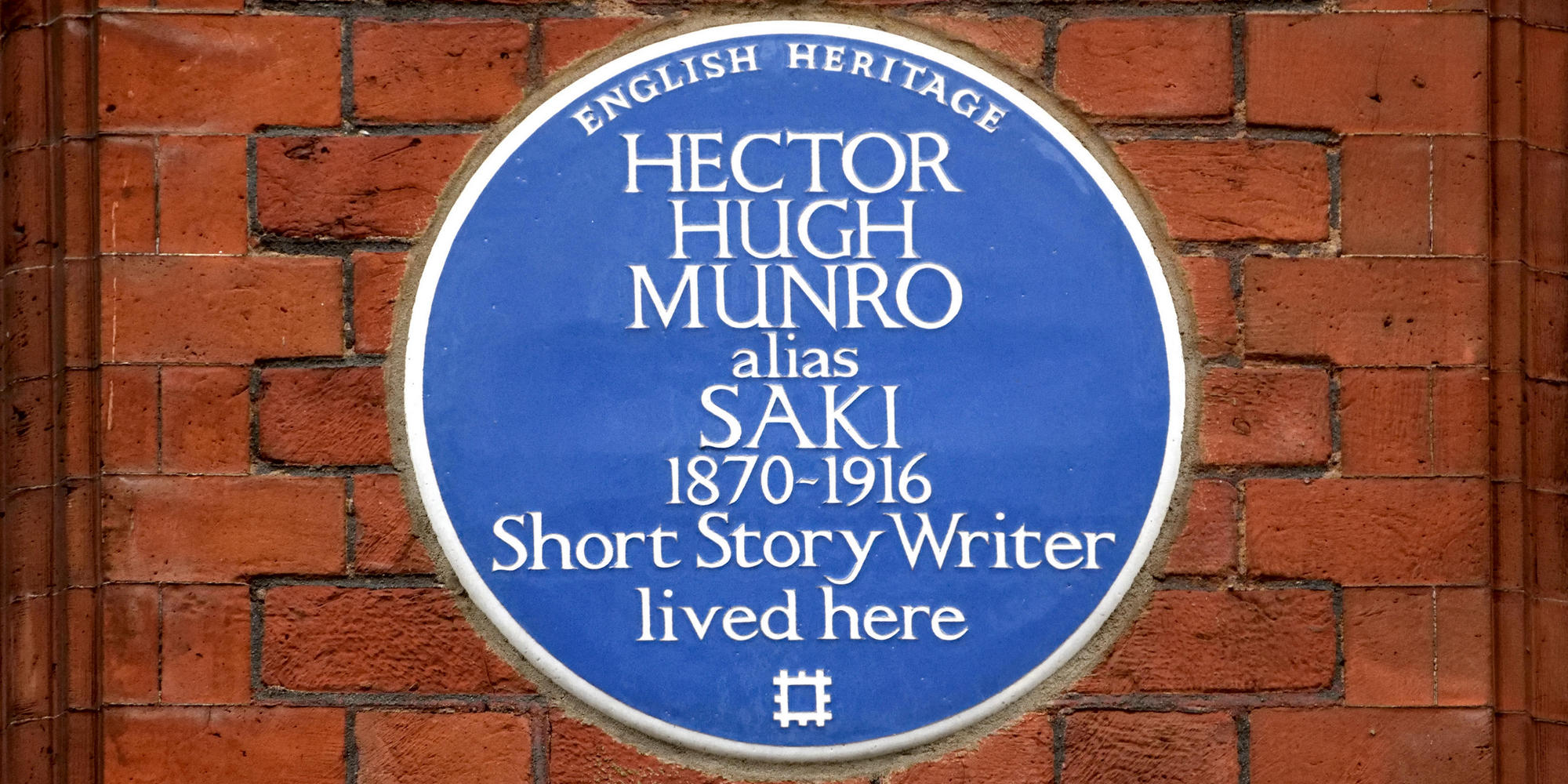 The Short Stories of Saki

David Stuart Davies looks at the work H. H. Munro, better known by his pen name of Saki, who is considered one of the great short story writers.

‘For wit and absurd invention these clever and cynical pages are not to be matched by anything that our disillusioned post-war gentlemen have been able to give us. He was an unflagging and unsparing wit, and an extraordinarily deft craftsman’. – J. B. Priestley

It is often claimed that the environment and regimes a writer experiences in his childhood inform his fiction. This certainly would seem to be the case with Hector Hugh Munro who took on the pseudonym of Saki for all his writings. He was born in 1870 in Burma where his father was a senior official in the police force. His mother died when he was very young and so he was sent with his brother and sister to England where they were brought up by a brace of tyrannical maiden aunts whose petty domestic cruelties, constant feuding and harsh treatment – they often used the birch as a form of punishment – made them models for all vindictive females in Munro’s stories. Munro’s sympathy with oppressed children is also revealed in several of his stories and in particular ‘Sredni Vashtar’, generally regarded as one of his best tales, in which a boy who is harshly treated by a callous aunt achieves his dark revenge. Similarly in ‘The Lumber Room’ there is a sense of gleeful triumph as the writer records how the little boy outwits the cruel woman who is determined to ‘teach him a lesson.’

However, Saki’s championing of children against tyrannical adults does not preclude his ill-treatment of them in several stories, although he leavens the violence with humour that is dark and often satiric as in ‘The Story Teller’, which tells of a girl who is revoltingly good. She is devoured by a wolf who discovers her hiding place because he hears the chinking sound made by the girl’s medals which she has won for being so good.

In ‘Esme’ it is a hyena that does the devouring. Saki seems to take great pleasure in assuring the reader that ‘[Esme] was firmly and I expect painfully held in his jaws.’

Munro was a fellow of strange contradictions. On the one hand, he had strict views on how the human race should conduct itself and often appeared tight-lipped and humourless. He has been described as a misogynist, an anti-Semite and a reactionary. He was also a repressed homosexual and he did not take himself too seriously. It was as though the world and the people in it infuriated him but at the same time, he was aware of the farcical and often preposterous nature of our existence. As a result his stories are bursting with wit and slightly crazy humour. He is able to conjure tales that can be both hilarious and frightening. He focuses on society to expose its hypocrisies, its petty arrogances and its self-deceptions with a perceptive and biting satire. Saki has been compared to Oscar Wilde, P.G. Wodehouse and Noel Coward.

Munro considered that his stories were ‘true enough to be interesting and not true enough to be tiresome.’ He wished to expose foolishness and arrogance through a series of farcical situations. ‘The Interlopers’ is a fine example of Saki’s ideas on the pettiness of society and, as in many stories, he wreaks harsh and fiercely ironic revenge on the two main characters. The families of George Znaeyem and Ulrich von Gradwitz have fought over a forest in the Carpathian Mountains for generations, each claiming it as their own. As they encounter each other one night in the forest, it looks as though it will be a fight to the death to finally solve the dispute but an ‘act of God’ causes a tree branch to fall suddenly, trapping the two men next to each other beneath it. Gradually, as the pair converse, they realise the futility of their quarrel and become friends in order to end the family feud. They call out for their men’s assistance to release them from their prison, and after a brief period, ten figures are observed approaching over the hill. The story ends when the two men realise that these figures are actually wolves. In this story, Saki hits several targets, but the main message is the ultimate futility of feuding and the inability to get on with your neighbour.

Rather like Rudyard Kipling, with whom he is sometimes compared because their narratives are rather like dark parables, Saki often featured animals in his tales. This may be because both men spent a lot of time in India where animals were given great respect and in some instances worshipped.

One of Saki’s favourite literary experiments was to introduce a wild animal into the stuffy and so-called civilised surroundings of an elegant English home. He is in essence contrasting the artificial conventions and hypocrisies of Edwardian England with the straightforward, ruthless and unfettered struggles of nature. To identify just a few – we have a leopard occupying a spare room in ‘The Guests’; a wolf is released into the parlour of a country house in ‘The She-Wolf’; we have a werewolf in the guise of a naked teenage boy in a primly ordered household in ‘Gabriel Ernest’; ‘a small long-tailed monkey’ who wreaks a remarkable personality change on a quiet scholar in ‘The Remoulding of Groby Lington’.

Saki’s stories are brief, written as though he doesn’t want to outstay his welcome. It would be wrong to say his plots are simple for they are often surprising, shocking even, but they are certainly not convoluted or complicated. They contain one glittering idea which is presented with clarity and biting wit.

At the outbreak of World War One, despite being forty-three he volunteered to fight in France. He refused to take the commission that was offered to him and he served as a Sergeant in the Royal Fusiliers. He was shot in the head while in a shallow trench in 1916. It is strangely typical that his last words, according to several sources, were, ‘Put that damned cigarette out.’ 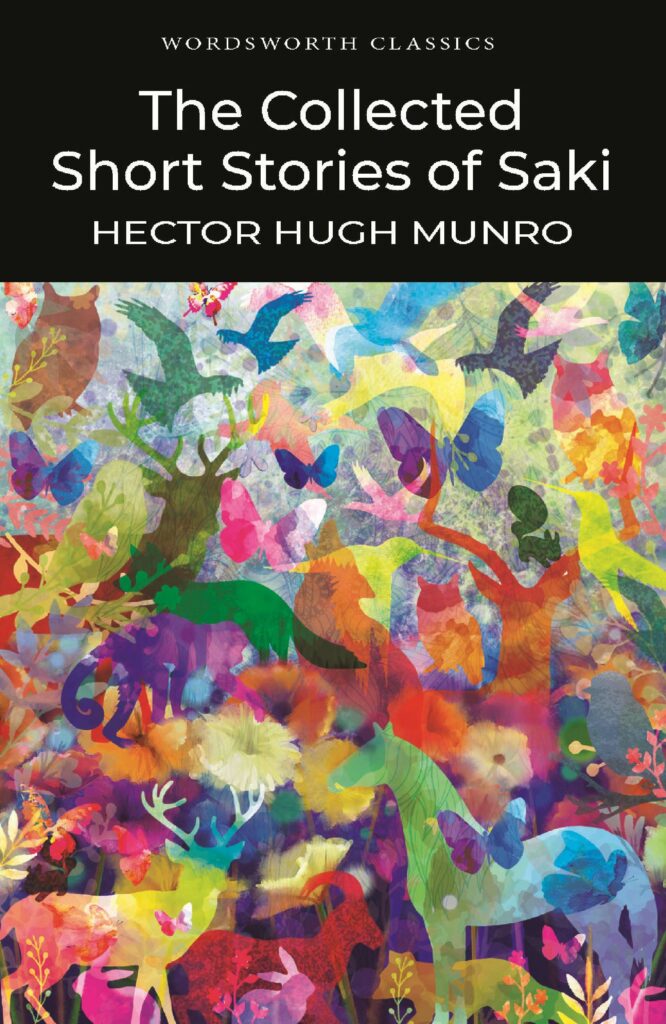 The Collected Short Stories of Saki 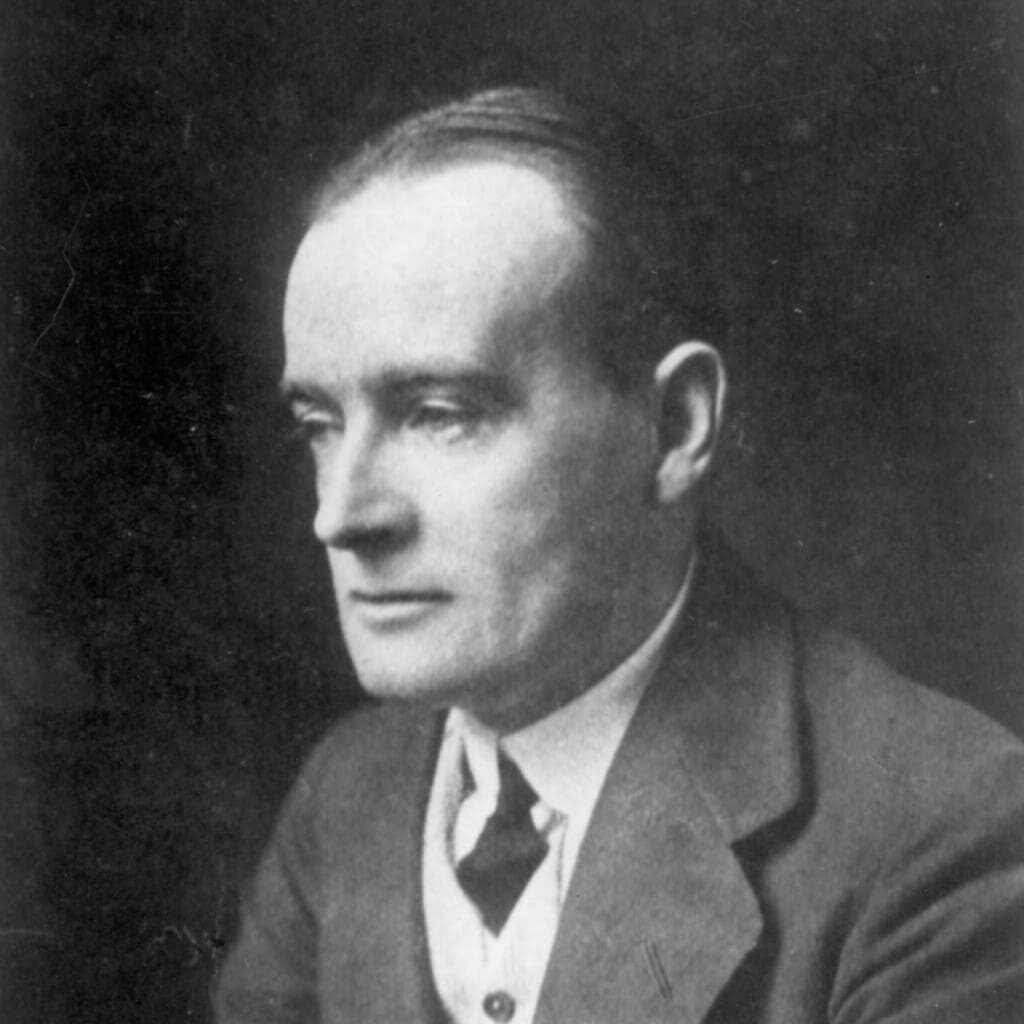 Born in Burma in 1870, H(ector) H(ugh) Munro, or Saki, ranks alongside de Maupassant and O. Henry as a master of the short story. Written in the period between Queen Victoris's death, and his own in the trenches in France in 1916, his witty tales of the adventures of the English upper class in Edwardian England were influential on the works of P.G. Wodehouse.