Scroll
Skip to content
HomeBlogThe War of the Worlds 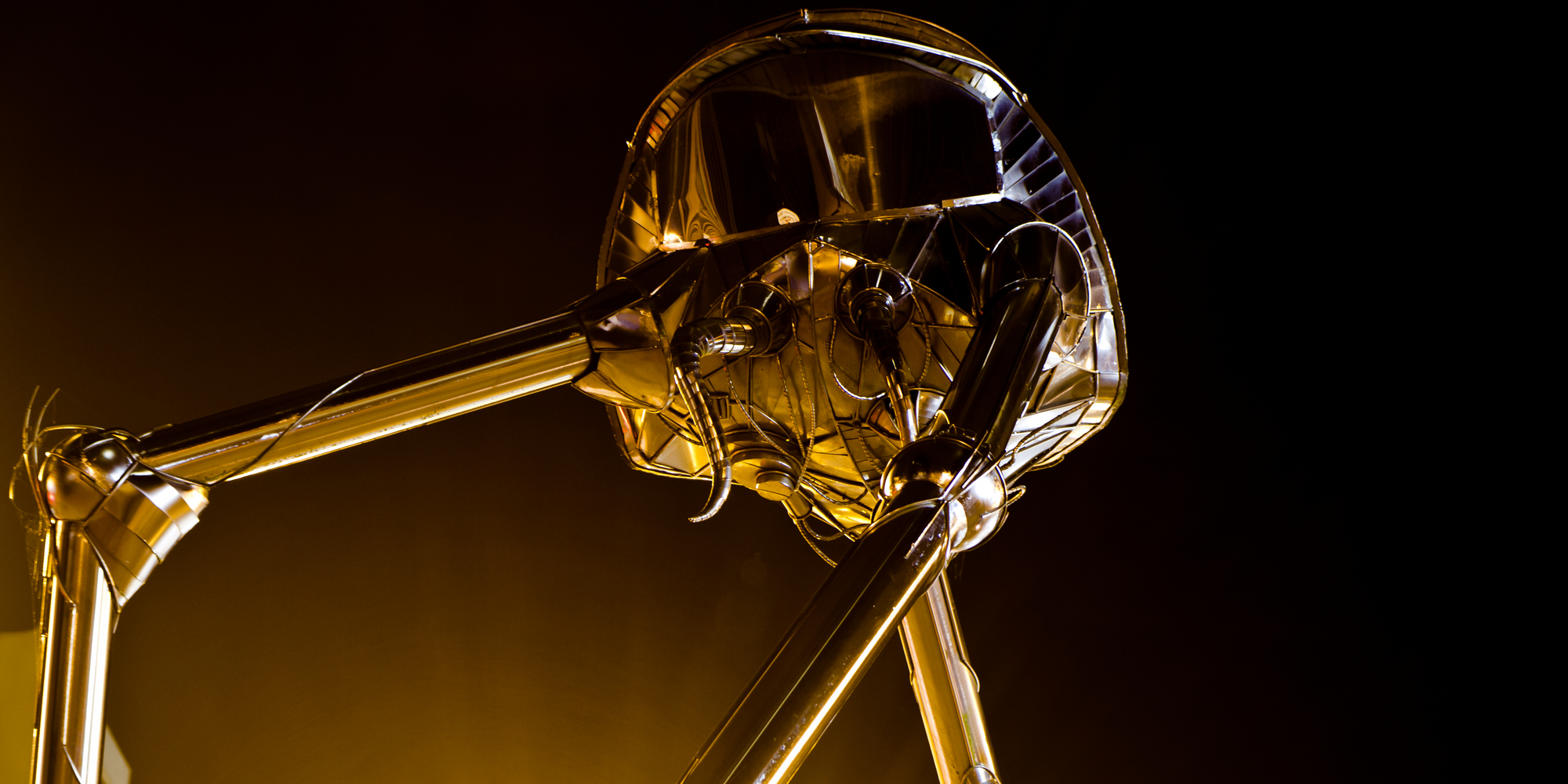 Yet across the gulf of space, minds that are to our minds as ours are to those of the beasts that perish, intellects vast and cool and unsympathetic, regarded this earth with envious eyes, and slowly and surely drew their plans against us.

It was in the nineteenth century that writers very gradually began to construct what we regard today as ‘science fiction.’ This was partly due, of course, to the great leaps that science made in all fields from medicine to the industry during this remarkable century. The nineteenth century began with horse-drawn carriages, gas lamps and musical boxes and ended with motor cars, electric lighting, phonographs and numerous other inventions which would have been deemed incredible in an earlier age. The further and faster science and technology advances, the more it makes it possible for the writer to stretch their and our imaginations.

Jules Verne (1828 – 1905) was the pioneer in this field of fiction. Indeed he is regarded as the ‘Father of Science Fiction’, a nomenclature coined in the early part of the twentieth century and one that has in recent years been attributed to H. G. Wells. Indeed the connection between the two men is strong, sharing as they did an imagination which pushed beyond the boundaries of the commonplace. Verne referred to his works as ‘scientific romances’, as did Wells.

Herbert George Wells (1866 – 1946) became an overnight literary sensation with the publication of his first novel, The Time Machine (1895). His success triggered an incredibly industrious and creative period of about six years when the author wrote his most memorable and brilliantly conceived ‘scientific romances’. In quick succession, he published The Island of Doctor Moreau (1896), The Invisible Man (1897), The War of the Worlds (1898) and The First Men in the Moon (1901).

The War of the Worlds is in many ways the most interesting of these works. At the time the majority of science fiction writers were creating narratives in which earthmen attempted to explore space, to visit other planets and to study creatures from these strange worlds. What Wells did in this novel was to have the aliens visit us – and not in a friendly fashion.

In this way Wells thrusts the nightmare scenario into the living rooms of his contemporary readers. The main action takes place in the small English town of Woking and the author enhances the immediacy of the drama by the use of a first person narrative. The opening statement, startling and chillingly intriguing, draws the reader in immediately:

‘No one would have believed in the last years of the nineteenth century that this world was being watched keenly and closely by intelligences greater than man’s.’

The Martians arrive in huge cylinders. The first falls on the outskirts of the town and is regarded as a curiosity rather than a danger until the Martians emerge and kill many of the gaping crowd with a Heat-Ray. These alien creatures have heads four feet in diameter, colossal round bodies and by manipulating two terrifying machines – the Handling Machine and the Fighting Machine – they are as versatile as humans and at the same time insuperable. They cause boundless destruction. The inhabitants of Earth are powerless against them, and it looks as if the end of the world as we know it has come. But there is one factor which the Martians, in spite of their superior intelligence, have not reckoned on. It is this which brings about a miraculous conclusion to this groundbreaking novel.

The War of the Worlds has been variously interpreted as a commentary on evolutionary theory, British imperialism, and a range of Victorian superstitions, fears, and prejudices. Wells said that the plot arose from a discussion with his brother Frank about the catastrophic impact of the British colonisation of Tasmania and the destructive effect this had on the indigenous natives. What would happen, he wondered, if Martians did to Britain what the British had done to the Tasmanians?

To Wells, the plot of the novel is paramount. The human characters are merely pieces to be moved around the storyboard. The narrator is a middle-class writer of philosophical papers but the reader learns very little about him or indeed anyone else in the novel; characterisation is unimportant. In fact none of the principal characters are named, aside from the astronomer Ogilvy.

In the novel, humans become a subordinate species. This change in position gives the narrator a new perspective on the natural world. He begins to draw parallels between the Martian relationship with humans and the relationship we have with animals. Wells predicts that people who are not ‘made for wild beasts’ will end up in ‘nice roomy cages,’ subject to ‘careful breeding’ and being farmed for food. This prospect comes with the observation that we must not take the natural order for granted. He asks his readers to reconsider their relationship with the animal world. We must show compassion for animals. At the end of the novel, Wells observes through the narrator that,: ‘Surely, if we have learned nothing else, this war has taught us pity—pity for those witless souls that suffer our dominion’.

On publication, The War of the Worlds was well received and has never been out of print. There have been many dramatised versions of the book in a variety of formats. One of the most notable is the famous, or infamous radio adaptation in 1938 which was narrated and directed by Orson Welles. The first two-thirds of the hour long broadcast were presented as a real news bulletin. The legend goes that this led to listeners reacting in panic, believing that the events described in the programme were actually happening. Some doubt is now expressed regarding the extent of the supposed distress.

There have been two mainstream movies from Hollywood in 1953 and 2005, the latter, directed by Stephen Spielberg and starring Tom Cruise. Both movies were set in America and featured a contemporary setting. A very interesting take n Wells’ novel was the best-selling musical concept album by Jeff Wayne (1978) which featured the voices of Richard Burton and David Essex.

In the spring of 2017, the BBC announced that in 2018 it would be producing an Edwardian period, three-episode mini-series adaptation. As we move towards the end of 2019, we are at last able to view this version. Whatever its reception, the fact that it will be shown on prime-time television underlines the continuing fascination with this engrossing classic science fiction saga.