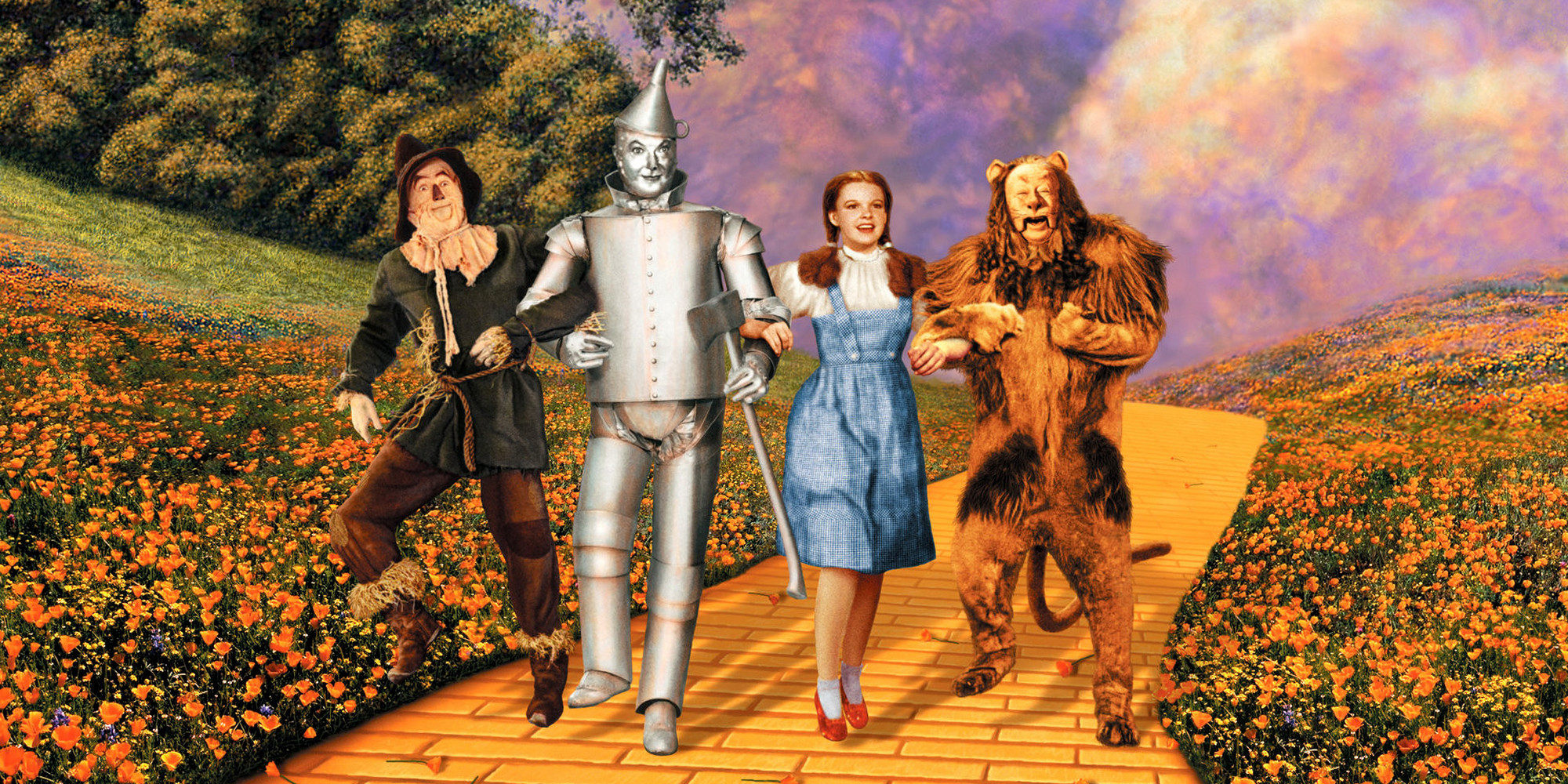 The Wizard of Oz

Because the famous and highly successful 1939 musical film version of L. Frank Baum’s book starring Judy Garland, more people will know the basic plot of the story than have read the enchanting novel. No doubt The Wonderful Wizard of Oz was to some extent inspired by Lewis Carroll’s Alice in Wonderland (1865) in that it features a young girl who is whisked away from the real world to a fantasy land peopled with a variety of strange and fascinating creatures where she is involved in a series of exciting adventures. It is one of the great works of children’s literature, which the the Library of Congress named as ‘America’s greatest and best-loved homegrown fairytale’.

The story concerns Dorothy, a young girl from Kansas, who, with her little dog Toto, is caught up in a terrifying tornado which whisks her far away to the magical land of Oz. Here she encounters the Munchkins, strange small creatures, who tell her that in order for her to return home she must follow the yellow brick road to the Emerald City and seek out the mysterious Wizard of Oz. On the journey, she encounters the Tin Woodman, the brainless Scarecrow and the Cowardly Lion each of whom wishes to make a request of the Wizard. The Tin Woodman wants a heart, the Scarecrow is in need of a brain and the Lion wishes to be brave. While the film version does not provide the back story to these three characters, the novel does, as well as establishing that Dorothy’s experiences in this strange land are real, whereas the film suggests that it was all just a dream.

After several adventures including an encounter with a deadly poppy field and being chased by winged monkeys, the travellers reach the Emerald City and meet the Guardian of the Gates, who asks them to wear green tinted spectacles to keep their eyes from being blinded by the city’s brilliance. Each one is called in to see the Wizard. He appears to Dorothy as a giant head on a marble throne, to the Scarecrow as a lovely lady in silk gauze, to the Tin Woodman as a terrible beast, and to the Cowardly Lion as a ball of fire. The Wizard agrees to help them all on the condition that they kill the Wicked Witch of the West, who rules over Oz’s Winkie Country. The Guardian warns them that no one has ever managed to defeat the witch. And so their adventure continues.

The story rolls along at a tremendous pace in clear and engaging prose, which has helped the novel to become a perennial favourite with children. The book was published in May 1900 and by October the first edition had already sold out and the second edition of 15,000 copies was nearly depleted. The book was such a phenomenal success that as early as 1903 there was a musical version playing on Broadway, which in turn helped to popularise the novel further. Very soon there were demands from publishers and the public for further adventures set in Oz.

The original novel was written by Lyman Frank Baum (1856 – 1919), a prolific American author, who mainly produced works for children. Spurred on by the success of The Wonderful Wizard of Oz, he wrote a total of fourteen novels in the Oz series, the last one being Glinda of Oz. There may have been more episodes to come had Baum not died shortly after completing Glinda. It was published posthumously in 1920. This final novel shows no decline in the inventiveness of the author. The plot features a journey to some of the remoter regions of Oz. Dorothy and Princess Ozma, the immortal and rightful ruler of the land of Oz, travel to stop a war between the two tribes of Flatheads and Skeezers. Unable to prevent this conflict, Dorothy and Ozma find themselves imprisoned on the Skeezers’ glass-covered island, which has been magically submerged at the bottom of a lake. Ozma and Dorothy summon Glinda, the Good Witch of the South, who must find a way to raise the island to the surface of the lake again, and liberate its inhabitants.

There have many stage and film representations and interpretations of Baum’s magical world of Oz and his charming and resourceful heroine Dorothy, particularly ones based on the original novel. The Judy Garland version being the most notable example, with its marvellous song Somewhere Over The Rainbow, which remarkably, at one point, was going to be dropped from the picture. Garland was the second choice for the lead of Dorothy; the part was originally offered to Shirley Temple but she turned it down.

Journey Back To Oz (1972) an American animated fantasy-adventure film was presented as the official sequel to the 1939 Metro-Goldwyn-Mayer film. It is loosely based on Baum’s second Oz novel, The Marvelous Land of Oz, although Baum received no screen credit. The really interesting aspect of this production was that Judy Garland’s daughter, Liza Minelli voiced the role of Dorothy.

In 1978 there was another live-action movie version based on the original story, The Wiz, which was loosely adapted from a 1974 Broadway musical. This was an urban reimagining of the novel featuring an entirely African-American cast including Michael Jackson and Diana Ross. Even the Muppets got into the act in the TV movie The Muppets’ Wizard of Oz (2005), which featured Miss Piggy as the Wicked Witch of the North and Kermit the Frog as the Scarecrow.

The most interesting and successful take on Baum’s novel in recent times is the musical Wicked (first staged on Broadway in 2005) with music and lyrics by Stephen Schwartz and a book by Winnie Holzman. It is based on the 1995 Gregory Maguire novel Wicked: The Life and Times of the Wicked Witch of the West, an alternative telling of the 1939 film and the original book. The musical is told from the perspective of the witches of the Land of Oz; its plot begins before and continues after Dorothy’s arrival in Oz, and it includes several references to the 1939 film and Baum’s novel.

All these inventive and diverse interpretations of Baum’s stories only serve to highlight the brilliance of the original work. The appeal of the kaleidoscopic world of the land of Oz with all its incredible and fantastic elements and characters has great appeal to the unfettered mind of the young – and indeed those grown-ups who still retain a romantic imagination. 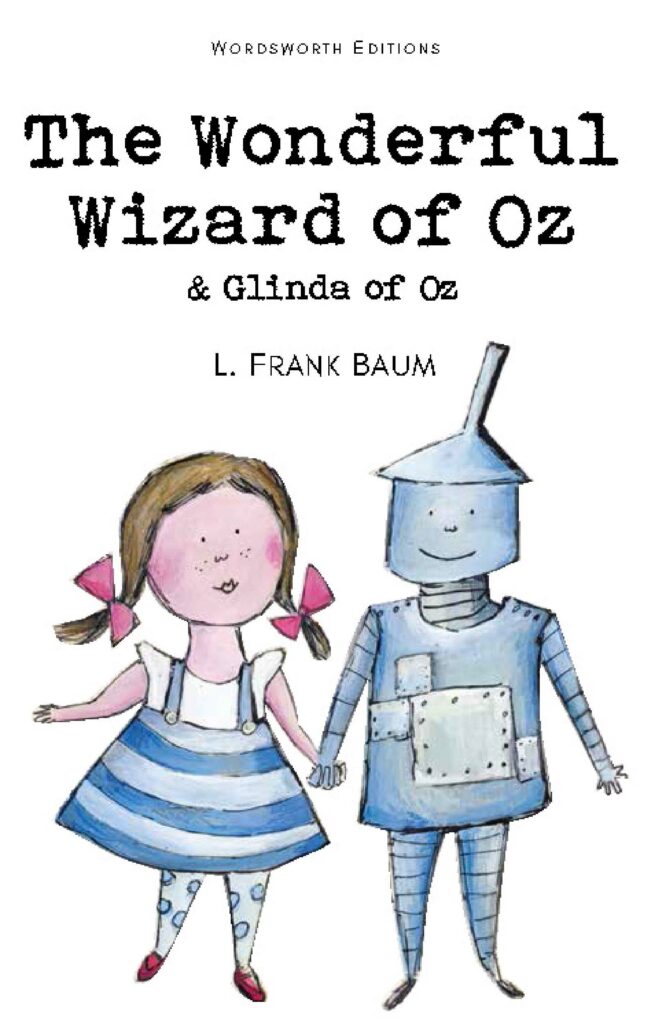 The Wonderful Wizard of Oz & Glinda of Oz 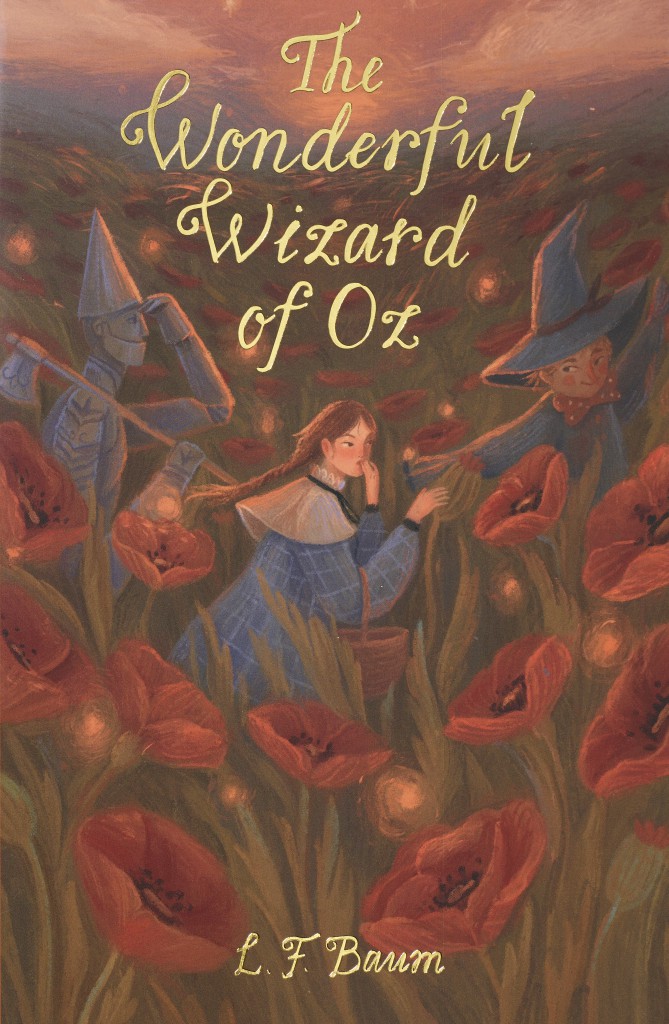 The Wonderful Wizard of Oz (Exclusive) 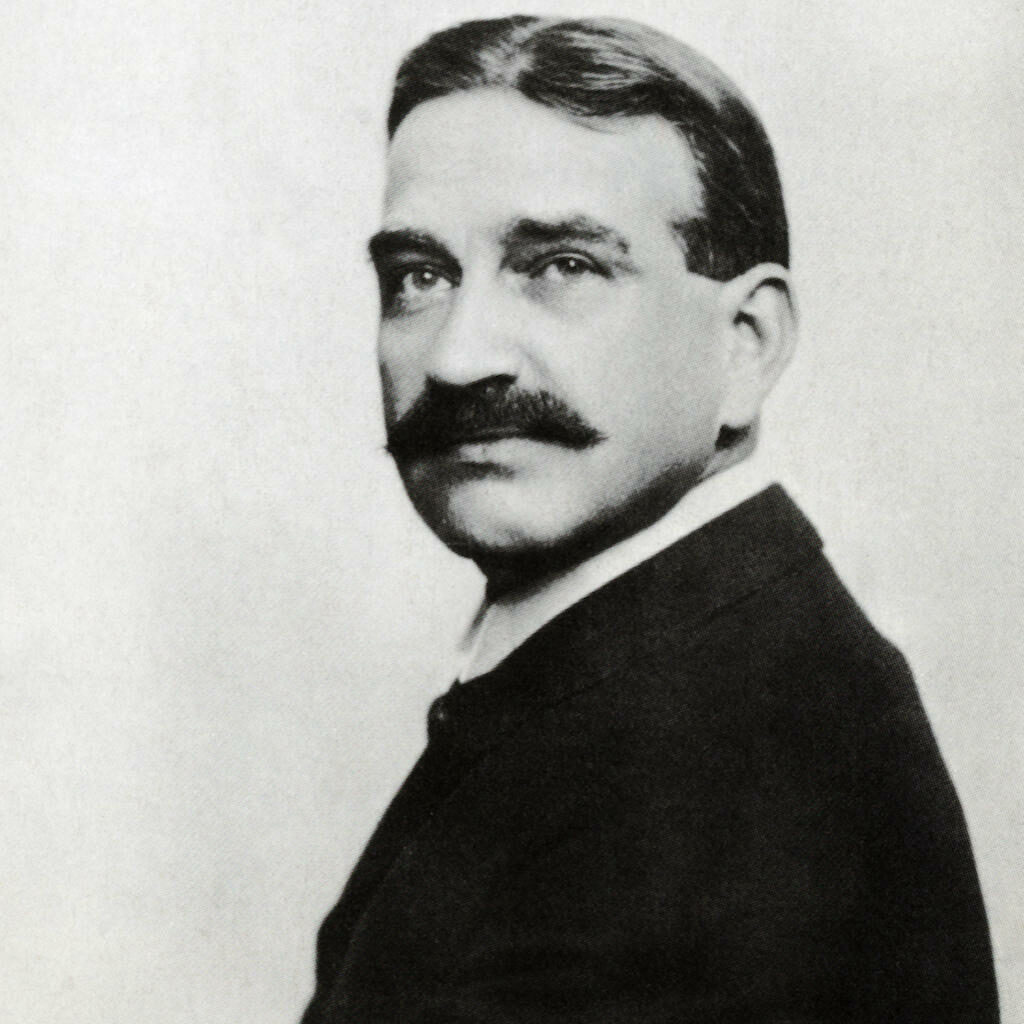 L. Frank Baum (1856 - 1919) was an American writer and dramatist, who wrote on a part-time basis until he published 'The Wonderful Wizard of Oz' at the age of 44, at which time he retired to write on a full-time basis. In all he wrote a further thirteen 'Oz' books, and these works have been hugely popular ever since.