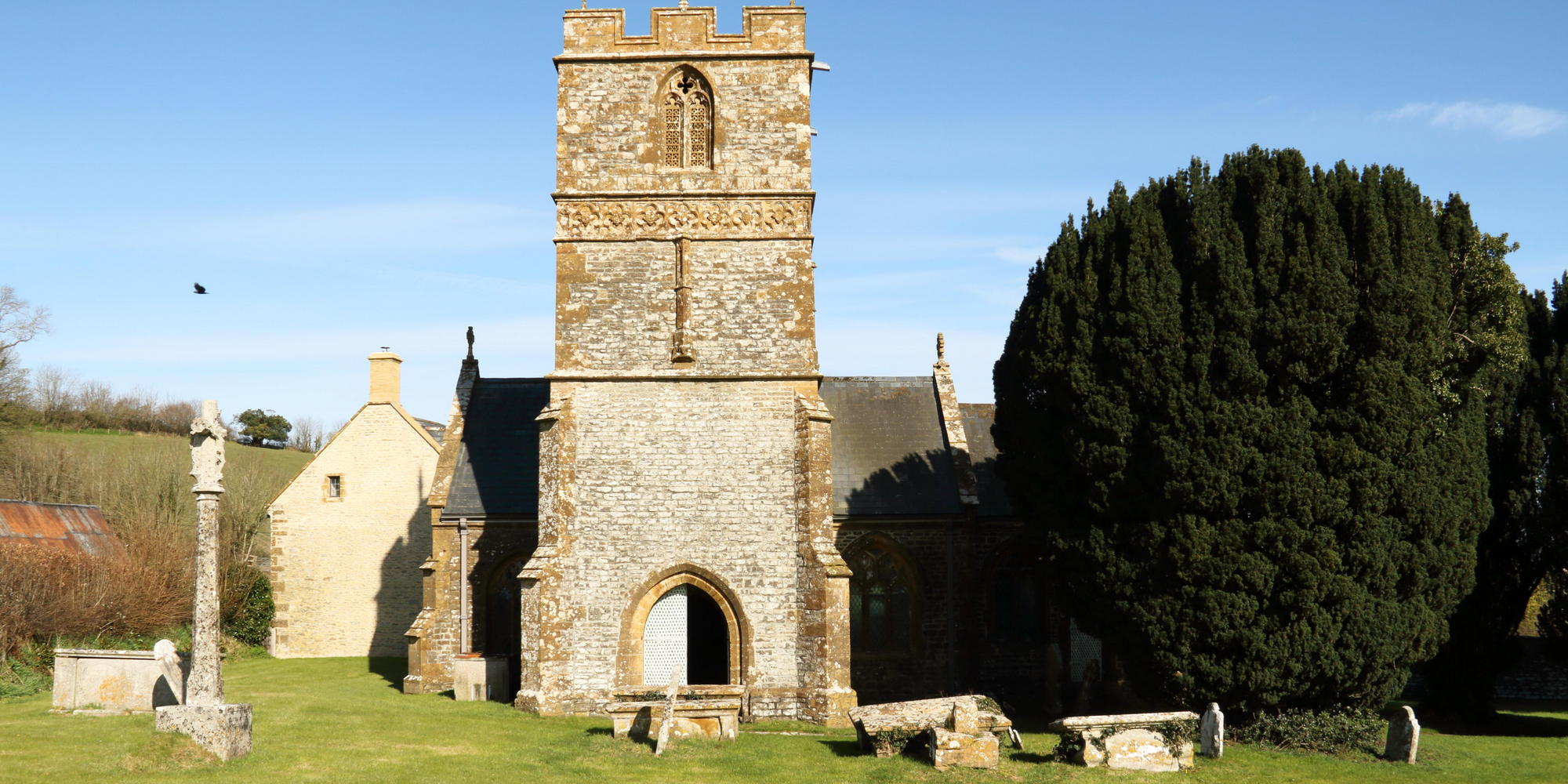 Thomas Hardy’s ‘The Woodlanders’ is currently being serialised on BBC Radio 4 – Sally Minogue looks at one of Hardy’s lesser-known novels.

Thomas Hardy first had the idea for The Woodlanders as a follow-up to Far From the Madding Crowd (1874). He began an outline for the novel, but put it aside, apparently piqued by being categorised by critics as a rural novelist. The novel he wrote instead, The Hand of Ethelberta (1876), never achieved much popularity. However, the success of Far From the Madding Crowd had made it possible for him to concentrate on writing full-time, and The Return of the Native (1878), The Trumpet-Major (1880), and The Mayor of Casterbridge (1886) were three of the major novels written during this period. At this point, with Macmillan’s Magazine asking him for a new serial, his thoughts turned back to that original idea of a decade earlier. He was by now very well-established as a writer; since 1884 he had been living at Max Gate, the house near Dorchester that he designed himself and that signified both prosperity and a settled social place in the world. His original little ‘woodland story’ becomes a pivotal novel marking a greater adventurousness in the intersecting themes of social class, the relationships of men and women, and the complicated connections and contradictions between love, sexuality and the institution of marriage. The novels that are now regarded as his greatest, Tess of the D’Urbervilles (1891) and Jude the Obscure (1895), might be seen as developing from it.

At the same time, The Woodlanders is certainly ‘rural’, that stereotyping term Hardy had wanted to avoid as he made his mark as a novelist. Perhaps by 1886 he was more confident in his abilities to make the rural expand into something greater than that term initially suggests. The greatest quality of the novel, for me, is indeed the way Hardy inhabits completely the tiny hamlet and ancient woodland life he chooses as the setting for his universal themes. We are shown at the very outset how well-hidden is Little Hintock, not becoming visible to the passengers on the carrier’s van until they are almost upon it:

At length could be discerned in the dusk, about half a mile to one side, gardens and orchards sunk in a concave, and, as it were, snipped out of the woodland. From this self-contained place rose in stealthy silence tall stems of smoke, which the eye of imagination could trace downward to their root on quiet hearthstones, festooned overhead with hams and flitches. It was one of those sequestered spots outside the gates of the world where may usually be found more meditation than action, and more listlessness than meditation. (Chapter One)

This being Hardy, however, we know that a sequestered place does not imply a lack of passion – think of Eustacia Vye on Egdon Heath, or Tess milking her cows in the Blackmore Vale. But this is a rural community even more deeply sunk in solitude than those. The woodland of the title provides the natural setting for both its inhabitants and for the novel, and also the socio-economic means for its characters to live. All the central characters in the novel get their living from the woodland, including the peripatetic Mrs Charmond who owns most of it, though she scarcely involves herself with it. Even the doctor, Edred Fitzpiers has, he tells us, found this place to set up his practice by calculating the place furthest from a doctor already providing his services. Though he does not get his living directly from the trees, he is often to be found secreting himself amongst them, observing others, particularly Grace, from their cover, and at one point prescribing the felling of the great elm that Mr South in a fever of the mind thinks will kill him. Giles Winterborne seems almost to belong to the trees. We see him in the marketplace with his ten-foot ‘specimen apple tree in the midst, the boughs [rising] above the heads of the farmers, [which] brought a delightful suggestion of orchards into the heart of town’. (Chapter Five) Later Grace Melbury conducts a conversation with him, her would-be lover, that is fateful for both of them, she standing below the elm tree while he is buried in its canopy, stolidly completing the work of thinning it out:

While she stood out of observation Giles seemed to recognize her meaning; with a sudden start, he worked on, climbing higher into the sky and cutting himself off more and more from all intercourse with the sublunary world. At last, he had worked himself so high up the elm, and the mist had so thickened, that he could only just be discerned as a dark grey spot on the light grey zenith. (Chapter Thirteen)

The elm that Mr South has dreaded proves rather have a role in the chances for Giles’ and Grace’s future.

Hardy here brings together, as so often in his novels, the power of nature and the power of fate. Yet this turning point is not merely a matter of chance. Giles is up the tree to try to assuage Mr South’s deadly fears about it, trying to help him back to health. At the same time, he has, as he understands himself, a vested interest in this, since Mr South’s death, by complicated legal machinations, will bring about the loss of Giles’ leasehold interest in his and other houses. Further, it is not so much Giles’ stubborn character that keeps him up the tree, but a combination of his reluctance to face what lies below (if he remains hidden, somehow it might not happen), and his commitment to fulfilling his workman’s task, one to which he is uniquely fitted. Thus Hardy subtly brings together the emotional, the natural, the fateful, the human, and the socio-economic in one resonant scene.

Even more than Giles, Marty South is embedded in the woodland and in the hard tasks from which she gleans her meagre living. Marty is the hidden hero of the novel, keeping alight the flame of her love for Giles, but recognising with some inner bitterness that ‘“Giles Winterborne is not for me!”’ We meet Marty first engaged in the exhausting manual task of sharpening and splitting hazel rods into spars for the use of thatchers. This is usually her ill father’s task so that her palm is ‘red and blistering’, unused to this particular occupation. To meet the contract, she has to work at this all day and half the night, at eighteen-pence a thousand – two shillings and threepence for the 18 hours work. Hardy is at pains to spell out for us the economics of this work, as well as its harshness, and through these, he rouses our admiration for the girl who goes through the whole novel under-rated by those around her, almost unseen, yet steadfast to Giles to the end. The closest she gets to some sort of happy union with him is, yet again, a scene of physical hardship, as they plant young trees together, Giles having ‘a marvellous power of making trees grow’. The rhythm of their joint tree-planting has something of the Lawrentian about it, and indeed D. H. Lawrence was much influenced by Hardy. Once more Marty’s stoicism is emphasised, standing through the long cold of the day, with a cold and ‘three headaches’, holding the tree straight while Giles labours with his spade: ‘she was a heroic girl, and though her outstretched hand was chill as a stone, and her cheeks blue, and her cold worse than ever, she would not complain.’ (Chapter Eight) Poor Marty – at a short break in Giles’s labour, which has of course kept him warm, her only request is that she be allowed to run down the lane and back to warm her feet!

Marty’s heroism might be set against Grace’s more refined ways, but in fact, Grace is a warm-hearted and thoughtful character who recognises early on in her return from her schooling that Little Hintock is home to her, and that she loves Giles, and is held to him not just by their youthful betrothal. Her father’s ambitions for her are more responsible than she is for things going wrong between herself and Giles, and this makes her eventual realisation that Giles is the best of men a natural development rather than a twist of the novelist’s pen, and renders their final reunion the more powerful.

The characters who are less embedded in the woodland life are perhaps less well-drawn, and their movements, which in the end cause the tragic developments of the novel, are less plausibly realised. Dr Fitzpiers, who originally seems to offer substantial qualities, is quickly brought down by the charms of Suke Damson (as indeed she is brought down by his), and we as readers know well before Grace marries him that he is morally lacking. Not that Hardy treats sexual desire in a monolithic manner; the romp with Suke is designed to show us Fitzpiers’ lightness of mind rather than condemning the act itself. In the complex way in which he investigates the relationship between love, marriage and fidelity in Garce’s marriage to Fitzpiers, he is laying the ground for his last great novels. Mrs Charmond is, in all this, the most stereotypical character and the least interesting.

Finally, those who come from the woodland are shown to belong to the woodland, whatever the fine delineations of class there might be amongst them. If there is some sentimentalisation in this, it is hugely to Hardy’s credit that in the 1880s he could write a novel that showed the heroic nature of manual work within a setting that through its simple permanence allows thus living within it to draw power from that. More than that, his hero is a woman, Marty South, in the final description of whom we see the foreshadow of Tess:

As this solitary and silent girl stood there in the moonlight, a straight slim figure, clothed in a plaitless gown, the contours of womanhood so undeveloped as to be scarcely perceptible in her, the marks of poverty and toil effaced by the misty hour, she touched sublimity at points …

As he has intimated in that early description of the secluded nature of Little Hintock, in such places ‘from time to time, dramas of a grandeur and unity truly Sophoclean are enacted in the real, by virtue of the concentrated passions and closely-knit interdependence of the lives therein.’ It will be interesting to see whether the radio dramatisation can reach such heights.

The BBC Radio 4 adaptation of the novel began on Monday, May 3rd and runs for a fortnight, airing at 10-45 am and repeated in the evening.

Image: Church of St Mary the Virgin, Melbury Bubb, Dorset. The village of Little Hintock in The Woodlanders was based on Melbury Bubb
Credit: Graham Easby / Alamy Stock Photo