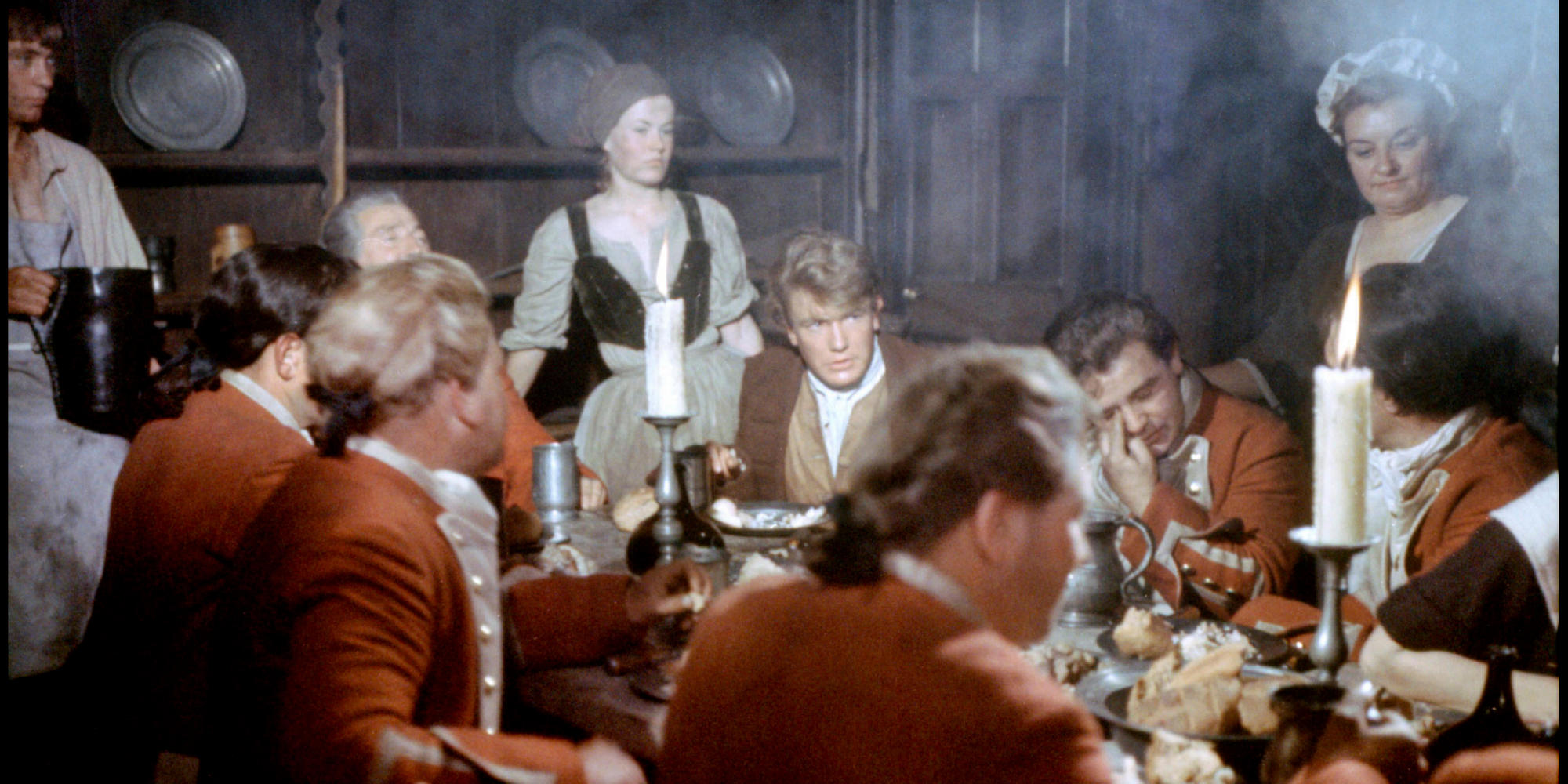 It is rare that one can describe a novel as a literary classic and a wonderfully comic one as well. Henry Fielding’s masterpiece is such a beast. It’s a rumbustious picaresque tale told by the author with his tongue firmly in his cheek. First published in 1749, Tom Jones professes to be ‘The History of a Foundling’ and captures not only the spirit of the times but also presents a realistic portrait of contemporary society with a wide and wild assortment of richly drawn characters including prudes, whores, libertines, country bumpkins, virgins, hypocrites and untrustworthy lawyers – the latter perhaps giving a knowing nod to Fielding’s own legal career. It is set against the background of the Jacobite Rebellion, a time of great upheaval in Great Britain with various uprisings, wars and conflicts.

At the centre of this turmoil is our hero, Tom Jones, a Jack-the-lad who is an audacious and lascivious individual but also endearing: he is one of the great comic characters in literature. We track Tom’s development from birth to maturity. As an abandoned baby he is adopted by the kindly, wealthy Squire Allworthy. In his home, Tom has to contend with the hatred schemes of Blifil, another young man who also lives with Allworthy. As they grow older they both fall in love with the beautiful and virtuous Sophia Western, the daughter of a neighbouring squire. Although Tom is sincere in his deep feelings for Sophia, he cannot always control his innate lustful desires, which lead him to have an affair with Molly Seagrim, a scheming hussy whom he foolishly defends when all turn against her. His misfortunes lead Squire Allworthy to disinherit Tom and expel him from the estate.

Having fallen on hard times, Tom joins the army and pursues Sophia, the true love of his life, to London, although he regards himself as a low blackguard unworthy of her affection. In the city, his sexual dalliances flourish all the more. Nevertheless, Tom has a good heart and a sensitive conscience. For all his rascally ways he endears himself to the reader, revealing that at times he can be both chivalrous and kind. Despite the many troubling and diverting experiences, traumas amours, duels and dangerous scrapes, Fielding eventually provides a happy ending for Tom Jones and his Sophia.

Tom’s travels and adventures are presented in episodic form, which are paralleled with those of the heroes of Classical mythology and as such the narrative is interrupted with seemingly irrelevant digressions. The story is frequently underscored with a bawdy humour that led Samuel Johnson to comment that ‘he scarcely knew a more corrupt work.’ However, Johnson was actually expressing a note of approbation rather than one of condemnation.

Although the plot rattles along in an apparently haphazard fashion, this loose meandering structure belies the skill and execution of its creation, which has a beautiful unity. Samuel Taylor Coleridge rated it one of ‘the three most perfect plots ever planned.’ We are constantly treated to the author’s commentary and opinion on events as they unfold. Fielding, the narrator, speaks directly to the reader repeatedly, raising critical and ethical questions for their consideration; and in an urbane fashion he also discusses the purpose and nature of his fiction. These amusing intrusions comment on the reader’s expectations, anticipating their objections to either characters or plot developments, and giving warnings of salacious or shocking content soon to appear on the page:

‘We would bestow some pains here in minutely describing all the mad pranks which Jones played on this occasion could we would be well assured that the reader would take the same pains in perusing them, but as we are apprehensive that after all the labour which we should employ in painting this scene the said reader would be very apt to skip it entirely, we have saved ourself the trouble.’

Tom Jones became an instant best-seller, with four editions being published in the first year alone. The book is regarded as one of the first English novels, being made up of narrative, dialogue and the author’s voice, a pioneering format which still dominates fiction today.

Because of the lengthy and rambling nature of the plot, along with the added comic ingredient of the author’s intrusions, the novel has been very difficult to adapt as a dramatic presentation. Indeed, some might say that it is impossible to encompass the full range and rich flavour of the book for this medium. However, there have been some interesting and entertaining efforts.

Perhaps the most notable of these was the 1963 movie, written by John Osborne, directed by Tony Richardson and starring Albert Finney. The film was critically acclaimed, winning four Academy Awards, including Best Picture. It was also a hit at the box office. The script, taking its lead from Fielding, features an unseen narrator providing mock-serious commentaries between certain scenes. Also, sometimes the characters look out to the audience and address them directly. In one scene Tom apparently notices the camera and covers the lens with his hat. While slimming down the maze-like plot into a more manageable cinematic format, the film does manage to capture the essence of the novel.

There was another movie, a kind of ‘Carry on Tom’ in 1973. This version starred Nicky Henson as the hero and featured such comic actors as Terry-Thomas, Arthur Lowe and Frank Thornton. The script was by Jeremy Lloyd who had been involved in the writing of several British sitcoms including Are You Being Served? and ‘Allo ‘Allo. There was also a five-part TV series produced by the BBC in 1987 with Max Beesley in the lead. It was a worthy attempt to bring the book to life but it lacked real sparkle.

For real sparkle and the full force of this very funny tale of a young rake’s progress in a naughty world, it’s best to dive into the book itself. 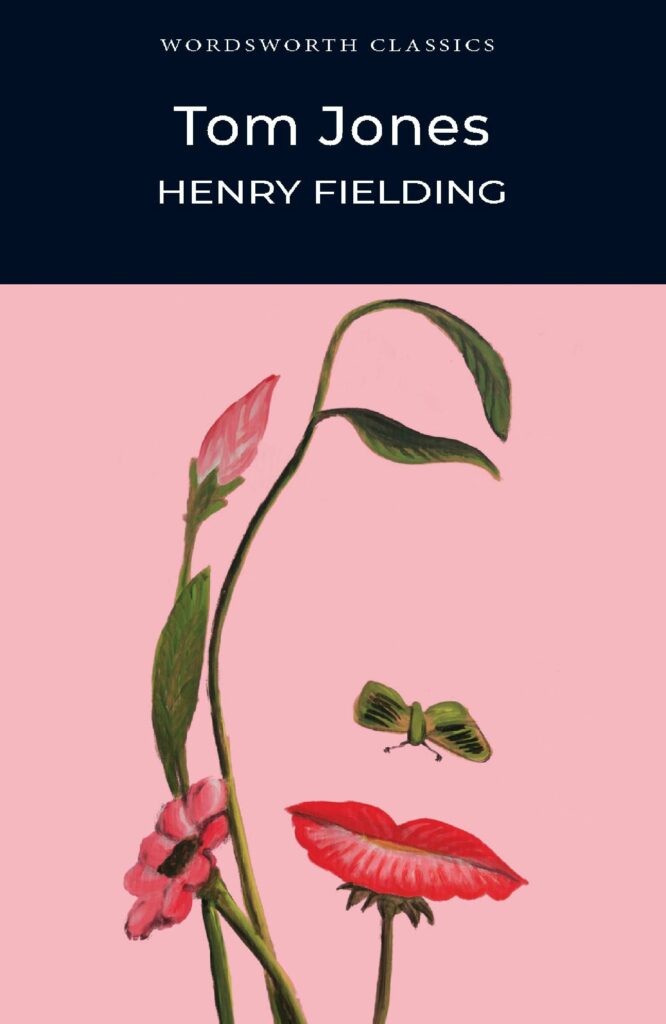 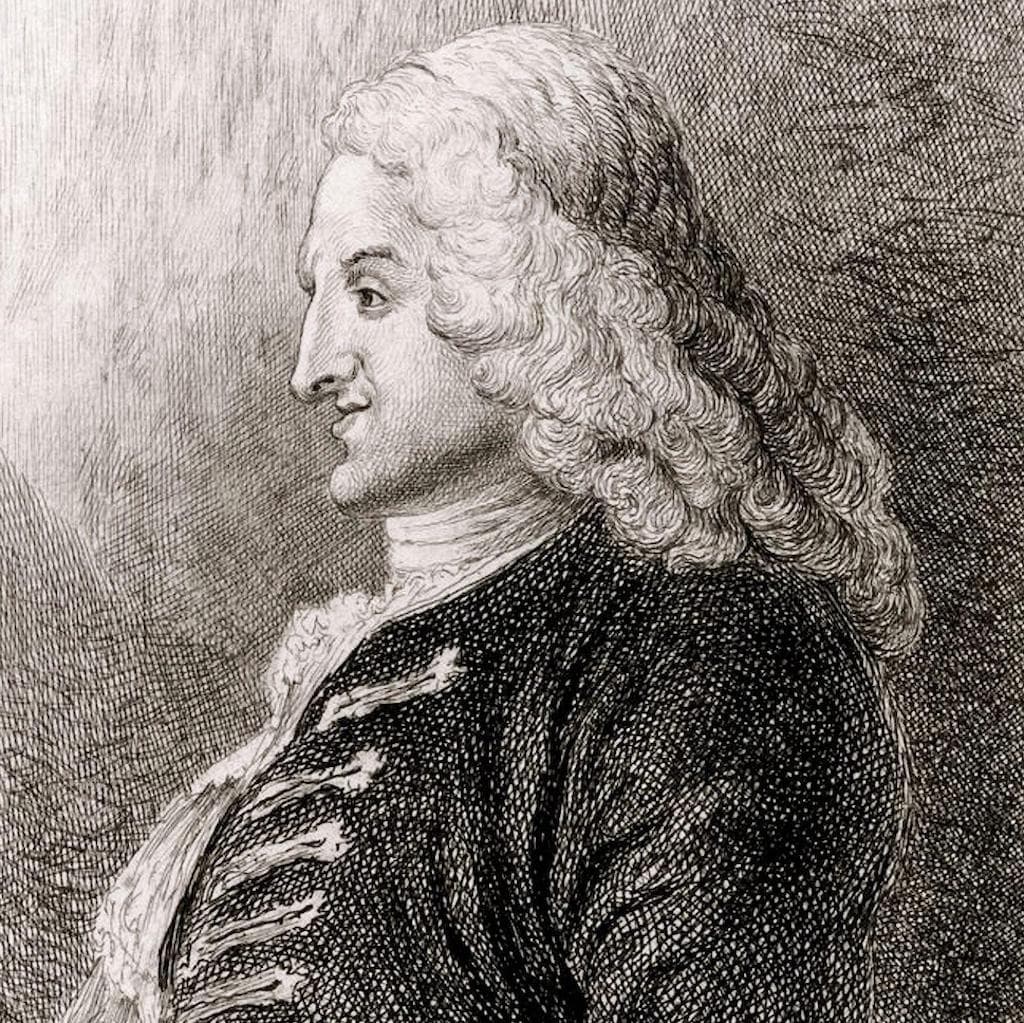 Henry Fielding (1707-1754) was an English novelist; building on the foundations put in place by Daniel Defoe and others, he was a major contributor to the form of the modern novel. He wrote four novels, of which the most enduring is ‘The History of Tom Jones, a Foundling’, widely regarded as among the finest books ever written.