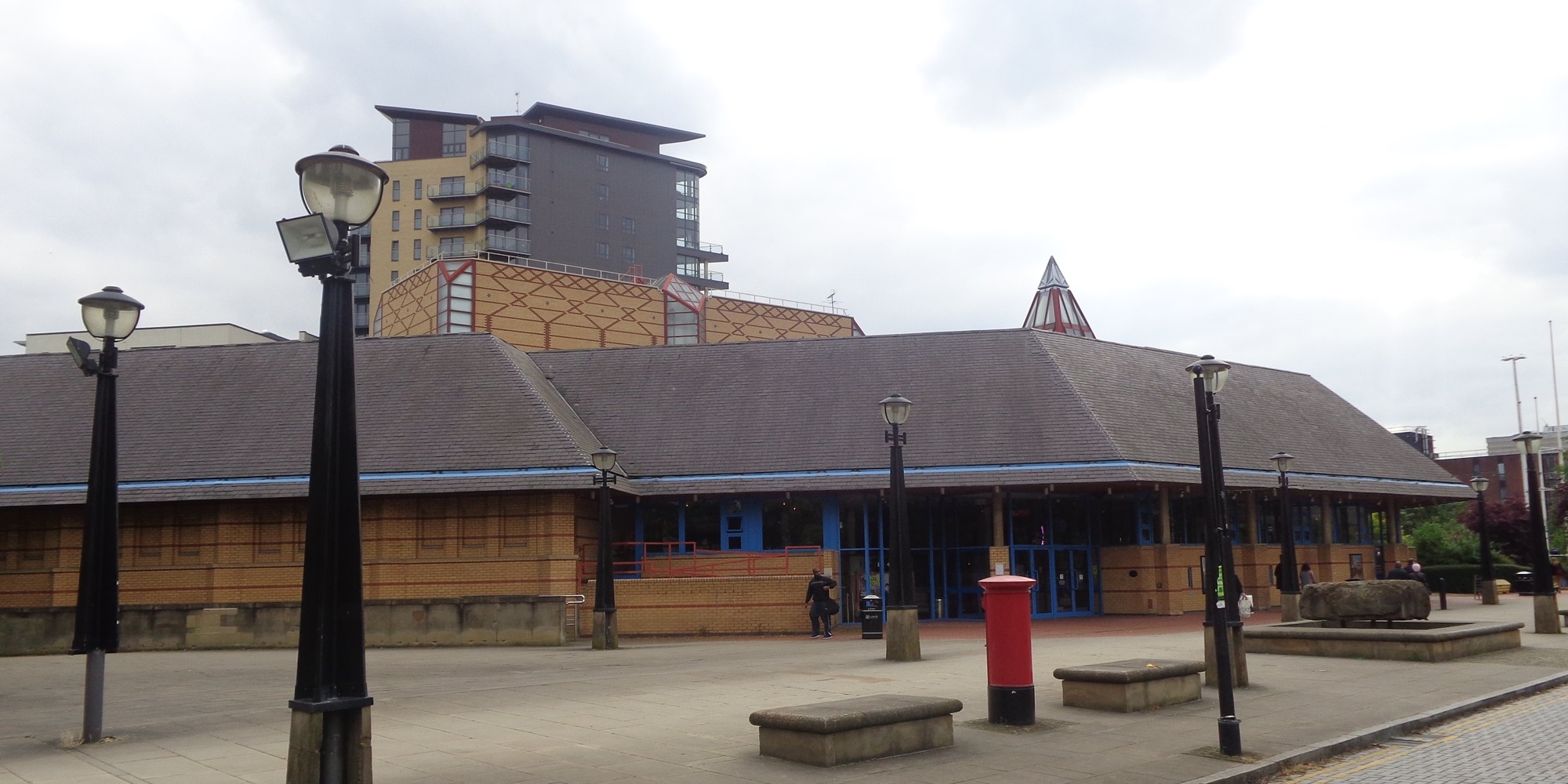 ‘As the play got into its stride’, says Sally Minogue, ‘I began to see that it was indeed true to the central spirit of Villette, and especially true to Lucy Snowe’.

Lucy Snowe is a futuristic clone who has survived a deadly virus. The Pensionnât Beck is transformed into an archaeological dig. The poor young nun buried alive for betraying her vows has become the Lady of Villette for whose body the archaeologists search since she may hold the secret of the antidote to the virus. Mme Beck’s surveillance is given hi-tech form with a screen suspended over the stage literally looking down on the characters whilst also refiguring them for the audience.

Clearly, we are a million miles away from Charlotte Brontë’s final novel Villette (1853); and I struggled initially to see parallels between this theatrical re-imagining and the novel. But as the play got into its stride, I began to see that it was indeed true to the central spirit of Villette, and especially true to Lucy Snowe.

At the heart of the novel is pain – the pain Lucy struggles with in being true to a self at odds with the society around her, and an otherness made visible in the novel by her migration to a foreign setting. Here that always-otherness is captured by her being a clone – permanently different, then, from the more ordinary, natural humans that surround her.

Linda Marshall-Griffiths’ clever conceit places Lucy a hundred years in the future just as we celebrate the two hundred years that have passed since Brontë’s birth. This is a nod to the modernity of Villette, and it is a tribute to Brontë’s conception of a character so at odds with her surrounding world that she can be re-imagined successfully in this futuristic way.

Of course, not everyone would agree. One couple left after the first ten minutes on the evening I saw the play. And the way the play starts doesn’t do the production any favours. Eschewing the novel’s structure, where we have a false beginning to the narrative, with Lucy hidden, contained, not centre stage, here Lucy is thrust immediately into the spotlight. Far from being invisible, as Lucy is in the first chapters, she is thrust into not only our view but that of the constantly watchful Professor Beck, and all the technological accoutrements of surveillance.

Her image is everywhere. Thus we lose the important contrast between the buried Lucy of the early chapters, and the new Lucy of Villette – still unseen, but not in any way buried. Similarly, Laura Elsworthy’s performance begins at the highest pitch; her body is never still and her anguish is reflected in the production’s sound and music as well as in Elsworthy’s tortured speech. Difficult then for the audience to see any contrast between the early and the later Lucy. The sense of the major change Lucy makes in her life by travelling in stormy waters in the craft The Vivid to a country foreign both in language and religion is lost in this production.

However, once we grasp that Lucy’s internal self-scrutiny (focused partly on her distress at the loss of her sister-clones, Esme and Ash, clear counterparts of Charlotte’s sisters Emily and Anne) is being played out actively before us, the high tension of the performance makes more sense. And then it is moving to see Lucy gradually relax under the devil-may-care encouragement of the pleasure-seeking Gin (Ginevra), and the lazy, warm indulgence of Dr John. As her doctor he is careful of her well-being; then he suddenly sees her clearly as someone he could love, at the same time as Gin sees her thus too, while Paul observes her from the sidelines. But this is a brief interlude (which ironically comes about as they celebrate the Day of the Dead) and it ends with Lucy’s defiant statement ‘Do not / presume / to know me / you do not’. Not for her the easy charms on offer; if someone is to find her, they must find the true Lucy.

Of course, as in the novel, Lucy gets her comeuppance for this insistence on truth to self. In the play world, she is left isolated at the dig during the Christmas vacation. Gin heads for the sensual pleasures of Spain (though she’s offered to take Lucy with her – Amelia Donkor’s performance as Gin is full of warmth); Paul goes to the Alps with friends; we’re not even told what Dr John is doing – obviously, he’ll be having a good time.

Lucy is left alone, surrounded by bones, searching for a dead woman, and brought to the brink of the abyss (nicely acted out as she falls forward into the darkness, held up by the ensemble cast). This part of the play echoes profoundly Lucy’s dark night of the soul in the novel, and issues in the same seeking of spiritual help. And as in the novel, Lucy gets her sustenance not from religion but from her rescuers Dr. John and his mother. The play/production misses a structural trick here by ending the first act (of two) not on Lucy’s lowest point, but on her point of recovery. But that recovery is beautifully done. Christmas sweetmeats, home comforts and good old-fashioned alcohol revive her, and we see her open like a flower in the sunny glow of Dr John’s gaze. From this point on the fit between drama and novel is much closer.

The second act places her back again in the bare landscape of the dig, but now she feeds voraciously on John’s letters. When he takes her to a gig and then carelessly abandons her for Polly mid-date, we feel the same sense of betrayal as in the novel. Nana Amoo-Gottfried as John catches perfectly the shallowness of his affections, his glossy indifference to the unhappiness he has wrought as he shifts his sunny gaze to someone more easily handled than Lucy. But Lucy has found a part of herself that won’t be lost; burying his letters in the dust of dead bones, she doesn’t bury herself. Instead, she opens in a different way to the sweet and tentative approaches of Paul (a touching performance by Philip Cairns). This Paul is a simpler fellow than the choleric M. Paul of the novel, but he provides the proper alternative to John. His picnic in the open air replaces the rich Christmas feast of the Bretton household; the nourishment he offers is more to Lucy’s taste.

The final stages of the play brilliantly re-imagine the events of the novel. Lucy finally identifies the bones of the Lady of Villette, but she has no virus antibodies; this echoes the discovery that the ghostly nun of the novel is nothing but dressing up clothes. ‘I shook her loose – the mystery!’ cries Lucy. But the play Lucy discovers something else, something more serious:

They laid something on her…

…something so heavy that her bones…
Look, the clavicle is fractured – both sides.
The spine is splintered in many places…
This point is the probable cause of death –

Lucy notes further that a sharp object, ‘probably a stone’, was laid under the body so that, as it was compressed by the weight above, the stone pierced her heart from below. Linda Marshall-Griffiths here catches exactly the suffering that Lucy, a character in Brontë’s novel, a character in her own play, an outward dramatic embodiment of all forms of human pain, endures.

But this is not the final image of this re-imagining of Villette. Lucy is not buried, and she has survived her oppression and suppression. The ending is optimistic, echoing Brontë’s lines (used as the epigraph to the play): ‘… leave sunny imaginations hope … Let them picture union and a happy succeeding life.’

Written baldly like this, it sounds sentimental, like something from a bad musical. But trust me – in this play, it’s not. This re-imagined Villette holds true to the spirit of the novel, and especially so to the spirit of Lucy Snowe, through Elsworthy’s intense and impassioned performance.

An optimistic Villette! This version made me see the novel – which allows the reader the choice – from the point of view of sunny imaginations (not my usual perspective on the novel), even as it rendered fully the anguish at the heart of this work.

In Charlotte Brontë’s bicentenary year, when both the woman and her work have on the whole been represented and remembered too conventionally, it was heartening to see her unconventionality refigured for the 21st century.

The West Yorkshire Playhouse production of Villette ended its run on October 15th, but their Brontë season continues up to the end of the month. Visit The Leeds Playhouse Bicentenary events and the exhibition Charlotte Great and Small continue at the Brontë Parsonage Museum until the end of the year.