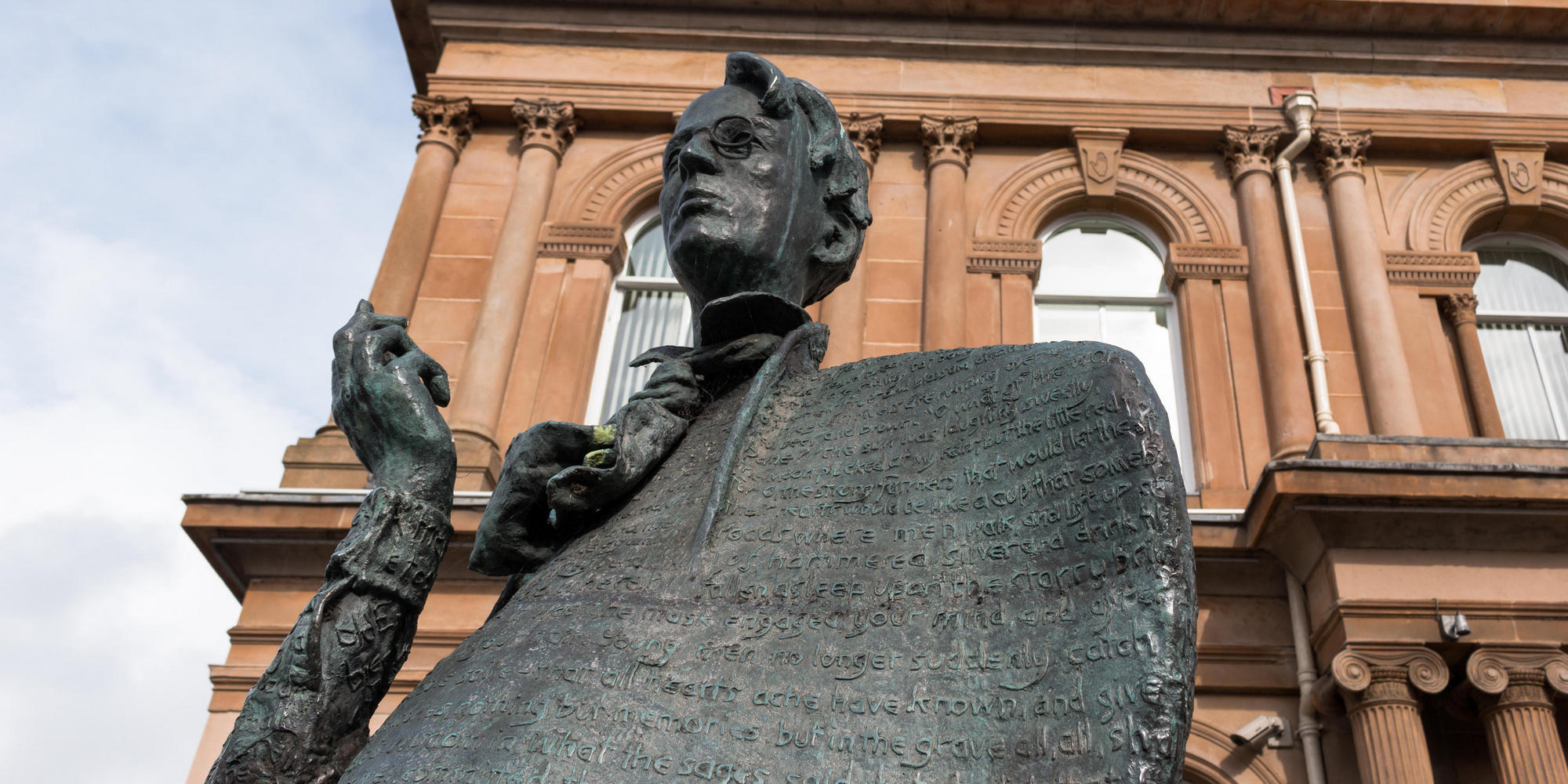 Fallible Yeats: Cedric Watts has a disagreement with the great Irish poet

William Butler Yeats is indeed one of the finest poets in the English language. Rightly, his works are cited and praised again and again. He has a splendid knack of coining resonantly memorable aphorisms; and repeatedly the reader relishes his defiant rhetoric, his lapidary definitions, and his fine ability to render concepts in images and to interweave the abstract and the concrete, the sensuously rich and the conceptually challenging.

Nevertheless, even when he is producing his very best poetry, there are times when the reader should pause and say, ‘Wait a moment: this is not true. You may believe this, Yeats, but you are wrong.’ It is hard to do this. So often, the splendour of the great poem is so dazzling that we slither over the problematic passage, perhaps offering a gloss that simplifies or makes congenial what is actually uncongenial and rebarbative.

One of his most glorious successes is ‘Among School Children’. It is splendid and memorable, with cunning and subtle linkages between its parts, and mastery of euphony in its use of alliteration, rhyme and assonance. But, after many classes in which I have discussed the poem with students, I remain convinced that the penultimate stanza, stanza VII, is simply wrong, and there’s no way around it. Commentators have done their best to rescue it, but I submit that their glosses are attempts to hide what is at fault here. Furthermore, I believe that other major poems of Yeats are similarly flawed.

What prompted ‘Among School Children’ is well known, In 1926, the 60-year-old W. B. Yeats was a Senator in the parliament of the Irish Free State, and one day in February he inspected a school run by nuns of the Order of Mercy, St Otteran’s School in Waterford. The subsequent poem deals with education, love, the progress from infancy to old age, and the ideal state of being. (I assume that you have a text at hand. You can find ‘Among School Children’ on pp. 183-5 of the Wordsworth volume, The Collected Poems of W. B. Yeats.)

I’ll concisely paraphrase the poem; then, when we reach that problematic stanza, I’ll pause to see what an eminent commentator says; and then I’ll offer my own comments on it. See which you agree with.

Stanza I tells how the ‘sixty-year-old smiling public man’, guided by a ‘kind old nun’, walks through the school where the children are assiduously studying and sewing, ‘neat in everything / In the best modern way’. Stanza II says that the poet imagines ‘a Ledaean body’ who told him of times in her childhood when some reproof or trivial event made the day seem tragic; and his sympathy with her seemed to blend their two natures together so that they resembled one sphere or the yolk and white of one egg. We know from numerous poems by Yeats that the ‘Ledaean body’ is that of Maud Gonne, the beautiful Irish nationalist whom Yeats loved: he repeatedly proposed marriage to her and was repeatedly rejected. Why ‘Ledaean’? Because in one version of the ancient Greek legend, Leda, ravished by Zeus in the form of a swan, produced two eggs, from one of which the beautiful Helen of Troy was born. Yeats associates Maud with Helen not only because she was beautiful but also because, as a militant nationalist, she was dangerous. (Helen, in Yeats’s view, caused the destruction of Troy, by eloping with the Trojan prince Paris, which brought the vengeful Greeks in pursuit.)

Prompted by the children around him, the poet imagines Maud as a child, then as she is now, old and ‘hollow of cheek’. (Stanzas III and IV.) As for himself, though he was once quite handsome, he must now behave as a smiling ‘comfortable old scarecrow’. Would any young mother, he reflects (in stanza V), think her son ample compensation for the pain of birth or the worries of his infancy if she could see him as sixty or more years old?

In stanza VI, he muses that the philosopher Aristotle was once in a position to thrash ‘a king of kings’, for he was tutor to Alexander the Great; and the poet recalls the philosophical ideas of Plato and Pythagoras – but these, he says, are merely specious: ‘old clothes upon old sticks to scare a bird’: the trappings of a scarecrow. (Already the poet’s assertions may prompt in us the stirrings of dissent.)

Both nuns and mothers worship images,

But those the candle lights are not as those

That animate a mother’s reveries,

But keep a marble or a bronze repose,

And yet they too break hearts – O Presences

That passion, piety or affection knows,

And that all heavenly glory symbolise –

Let’s see how the eminent scholar and critic, Richard Ellmann, glosses this stanza. In his acclaimed study, The Identity of Yeats (London: Faber & Faber, 1964, p. 229), Ellmann renders it thus:

Yet there is one escape from mortality: when our eyes are blinded by affection, passion, or piety, like those of a mother, of a lover, or of a nun, we see images which are independent of life or fact. Such images… are changeless, and heaven can be nothing else but the state to which they seem to allude. Because they do not depend upon observation, and in fact flout the evidence of the senses to which decay and mortality are real, they are ‘self-born’… In such images at such moments, time and appearance are destroyed. Nevertheless, there is grief at the moment of triumph.

I submit that Richard Ellmann is fluently smoothing over, and attempting to justify, what actually is provocative and wrong.

The poet tells us that nuns and mothers worship images. Do they? A nun who worshipped an image would be an idolator, for nuns know that they should worship not an image but the transcendent entity (God, Jesus or Mary, for example) evoked by the image. A mother may well have in mind an idealised notion of what her child may eventually become, but few mothers would be so deranged as to ‘worship’ that idealised notion. The poet says that the sculpted image and the image seen in reveries can both break hearts, presumably because reality does not live up to the ideal evoked by the image. (But would any nun expect to find a counterpart to almighty God in mundane reality?) These images are now addressed by the poet as ‘Presences’ (a capitalised term which craftily seeks to give them autonomy) which, evoked by passion, piety or affection, symbolise ‘all heavenly glory’. Religious images may conceivably do that; but the image of a loved person is highly unlikely to evoke such intense religious ecstasy. Furthermore, this is a hyperbolic way of referring to a mother’s imagining of a child’s future: such imagining would be deranged. The images mock human enterprise, the poet declares; again, presumably, because all realities fall short of what they represent. But do imagined ideals really mock enterprise? The answer is surely, ‘Not necessarily: they may inspire human enterprise: charitable works or loving devotion, perhaps.’ They are ‘self-born’, says the poet. To which the honest response is, obviously, ‘No, they are not’ – how could they be? The marble or bronze statues are made by human beings. The loved person, even when idealised, is not ‘self-born’ either, but is a product of the loving person and the object of that love. Things don’t just spring into existence spontaneously out of nothing. That’s impossible. A mystical notion (perhaps Platonic in origin) of the autonomy of ideal images has prevailed, in the poet’s imagination, over the common sense which recognises human agency.

I submit that this is an honest response which reacts truthfully to what the poet offers. Stanza VII is, in short, a failure. It makes false assertions. Critics should admit the fact. ‘Test every work of intellect or faith’, says Yeats in his poem ‘Vacillation’. Very well: I’ve done so in the case of this stanza, and it fails.

All the more splendid, therefore, seems stanza VIII, the glorious conclusion to the poem, which offers two superb images to represent the ideal of education and, indeed, the ideal state of being: an image of a beautiful organic unity, the chestnut-tree, and an image which reconciles the abstract and the concrete, the dancer – for without the dance, there could be no dancer, and without the dancer, we would see no dance. I end with that magnificent stanza. This is Yeats at his best.

Labour is blossoming or dancing where

The body is not bruised to pleasure soul,

Nor beauty born out of its own despair,

Nor blear-eyed wisdom out of midnight oil.

Are you the leaf, the blossom or the bole?

How can we know the dancer from the dance?

Professor Cedric Watts wrote the Introduction to The Collected Poems of W. B. Yeats in the Wordsworth Poetry Library (Ware: Wordsworth Editions, 2008). The Collected Poems of W.B. Yeats 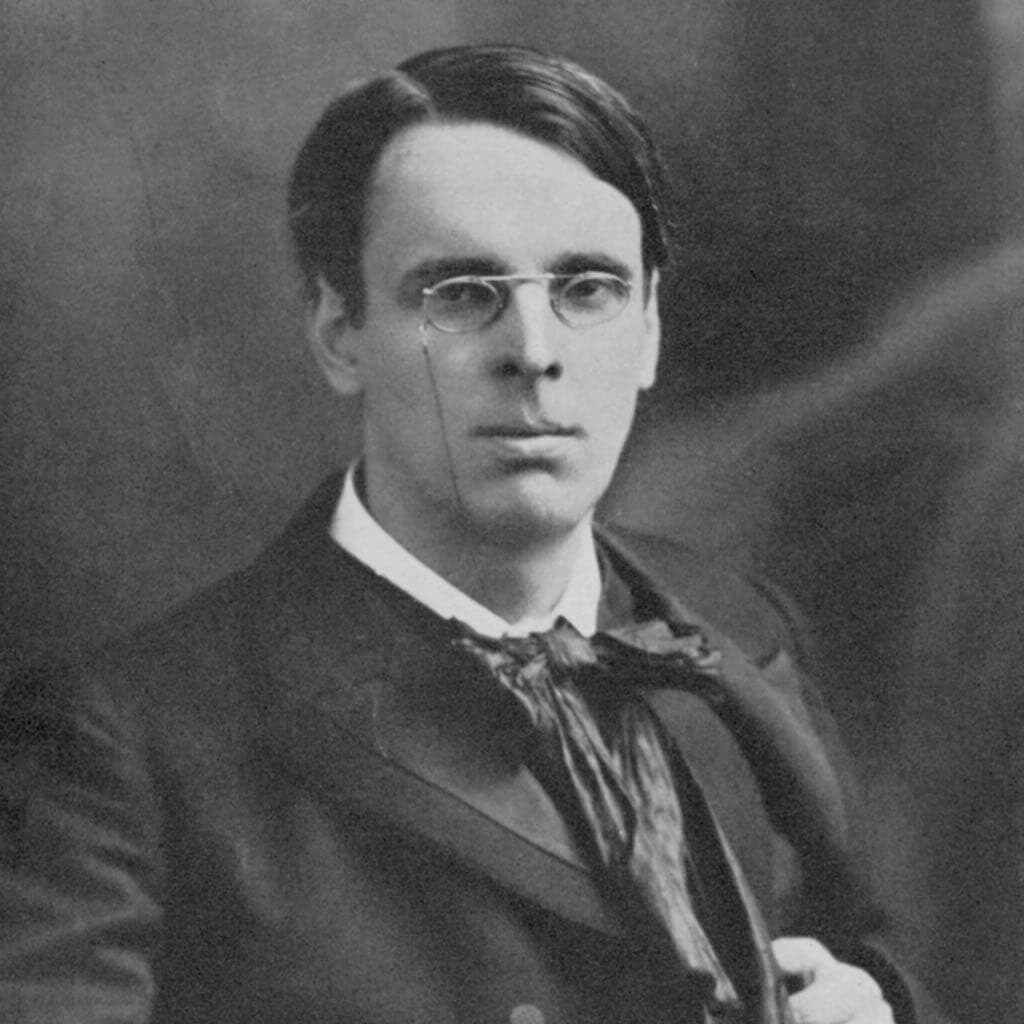