Scroll
Skip to content
HomeBlogWilkie Collins’ The Moonstone: A cornerstone in the development of crime fiction 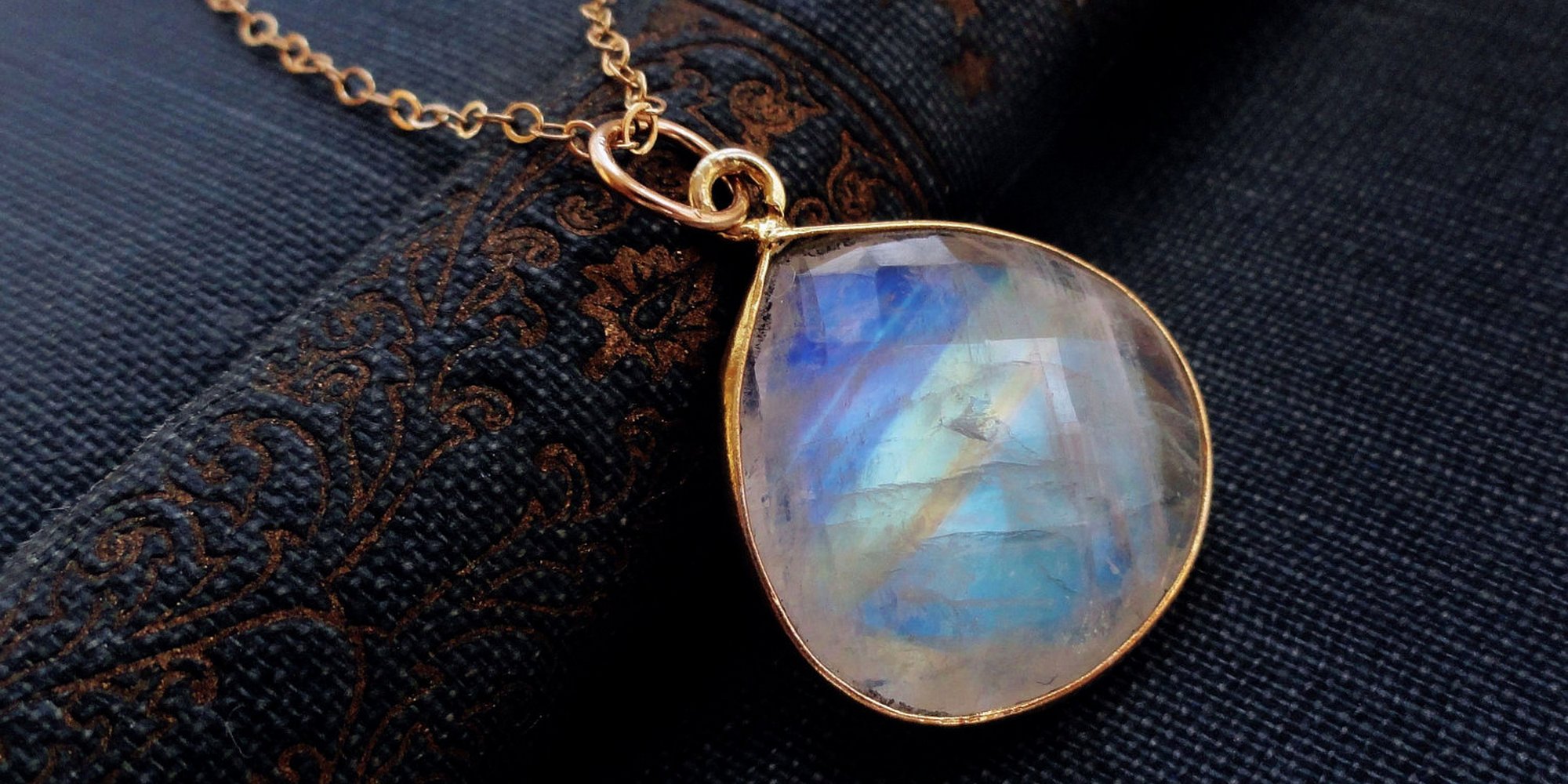 Wilkie Collins’ The Moonstone: A cornerstone in the development of crime fiction

David Stuart Davies looks at ‘The first, the longest and the best of modern English detective novels’.

Wilkie Collins (1824 – 1889) was the master of the sprawling Victorian mystery novel. His works include The Dead Secret (1856) The Woman in White (1860), Armadale (1866) and perhaps the greatest of all, The Moonstone (1868)  which is one of the cornerstones in the development of crime fiction.

Edgar Allan Poe is regarded as the father of the detective story, based on his series of short puzzle tales featuring his eccentric sleuth C. Auguste Dupin, but Collins was the first author to take the mystery format, including a sharp-minded detective, and develop it into a full-length novel.

The poet and critic T. S. Eliot declared that it was ‘the first, the longest and the best of modern English detective novels.’ In creating the cunning and perceptive policeman, Sergeant Cuff, Collins created a basic template for all the brilliant sleuths that followed in his wake: Holmes, Poirot, Wimsey, Morse et al.

Cuff’s remark that ‘the pieces of the puzzle are not all put together yet’ is now the mantra of many a detective; similarly, there is Cuff’s observation that, ‘In all my experience along the dirtiest ways of this dirty little world, I have never met with such a thing as a trifle yet’, which combines in one sentence the essence of Doyle’s Sherlock Holmes and Chandler’s Phillip Marlowe.

What is all the more intriguing about Cuff is that he was based on a real policeman, a certain Inspector Whicher, who was one of the original eight members of the newly formed Detective Branch which was established at Scotland Yard in 1842. Whicher was the subject of Kate Summerscale’s 2008 bestseller The Suspicions of Mr Whicher.

The really fascinating aspect of The Moonstone is that it was the first novel to shift the emphasis from the crime itself to its investigation. It is the process by which the mystery, baffling to the readers as well as the players in the drama, is solved and how the villain is exposed that really fascinates and engrosses the reader. In essence, then, it was the first ‘whodunnit’.

The plot revolves around the theft of a large Indian diamond, which Rachel Verinder, a young English woman, inherits on her eighteenth birthday. It is a legacy from her uncle, a corrupt British army officer who served in India. The diamond is of great religious significance as well as being extremely valuable, and three Hindu priests have dedicated their lives to recovering it. Rachel’s eighteenth birthday is celebrated with a large party. She wears the Moonstone on her dress that evening for all to see, including some Indian jugglers who have called at the house. Later that night, the diamond is stolen from Rachel’s bedroom.

However, The Moonstone is far more than just a detective story. In its basic form, the whodunit mystery is formulaic: all the players must be seen as possible culprits and this, of course, restricts character development and depth. However, this is not the case with  The Moonstone. Like the precious gem of the title, this novel has many facets. It is a narrative of richness and depth and was originally subtitled ‘A Romance’ rather than ‘A Mystery’.

The story of The Moonstone is told in the form of multiple narratives by the main characters and the complex plot traces the subsequent efforts to explain the theft, identify the thief, trace the stone and recover it. Collins saw this as an essential format in which to present the mystery. In this novel, he was experimenting with form in order to create a multi-layered vision of the events leading up to the theft of the diamond and then to the discovery of the culprit and solution to the mystery.

Just before he came to write the novel, Collins attended a criminal trial in London and he was struck by the way in which a chain of evidence and an overall picture of incidents concerning the crime was created from a series of testimonies given by various witnesses as they presented their views from the witness box:

‘It came to me then that a series of events in a novel would lend themselves well to an exposition like this. Certainly, by the same means employed here, I thought, one could impart to the reader that acceptance, that sense of belief, which I saw produced here by a succession of testimonies, so varied in form and nevertheless so strictly unified by their march toward the same goal. The more I thought about it, the more an effort of this kind struck me as bound to succeed. Consequently, when the case was over, I went home determined to make the attempt.’

The result was The Moonstone. The process of this form of narrative is best explained by the chief exponent, Gabriel Betteridge, the likeable pipe-smoking eccentric and faithful old house-steward of Lady Verinder, who guides his life by constant reference to Daniel Defoe’s Robinson Crusoe, a work of self-record which he seems bent on emulating. It is Betteridge who, in setting out the rules, asserts: ‘I am forbidden to tell more in this narrative than I knew myself at the time. Or, to put it plainer, I am to keep strictly within the limits of my own experience.’

Indeed it is as though he is in the witness box with his hand on the Bible. The reader is assured that there will be no sleight of hand to fool them. They will get ‘the truth, the whole truth and nothing but the truth’. It is a stance taken up by all the other narrators in the novel. This approach also lends the narrative veracity and a sense of realism.

The Moonstone remains a fascinating and stimulating read. The term ‘classic’ is often bandied about too frequently, attached to a book because of its age rather than its quality, but in the case of The Moonstone, there can be no doubt that it is fully deserving of this accolade. 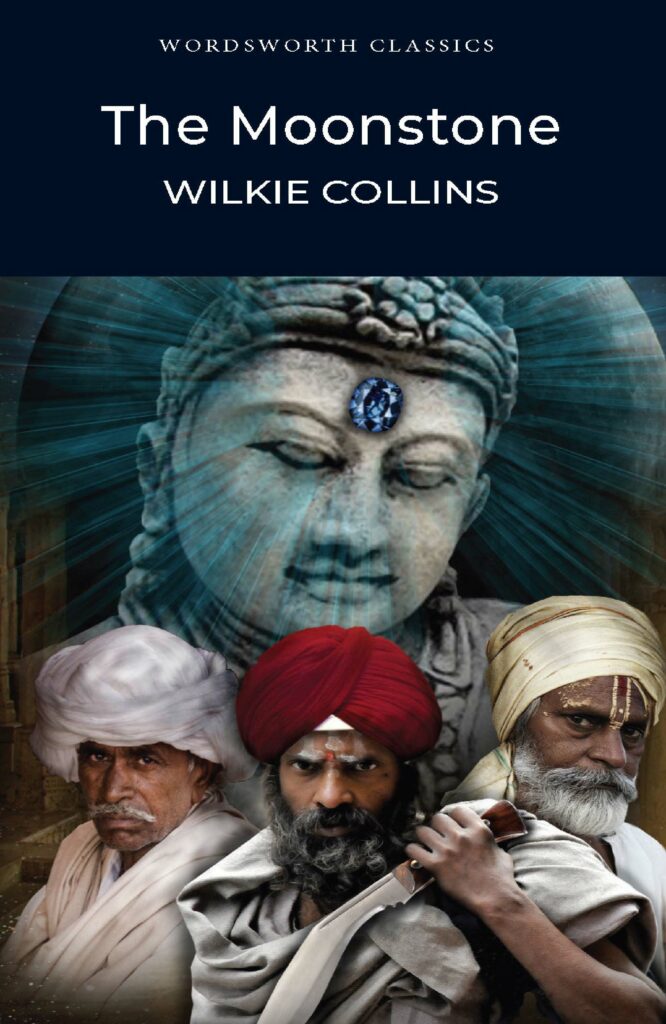