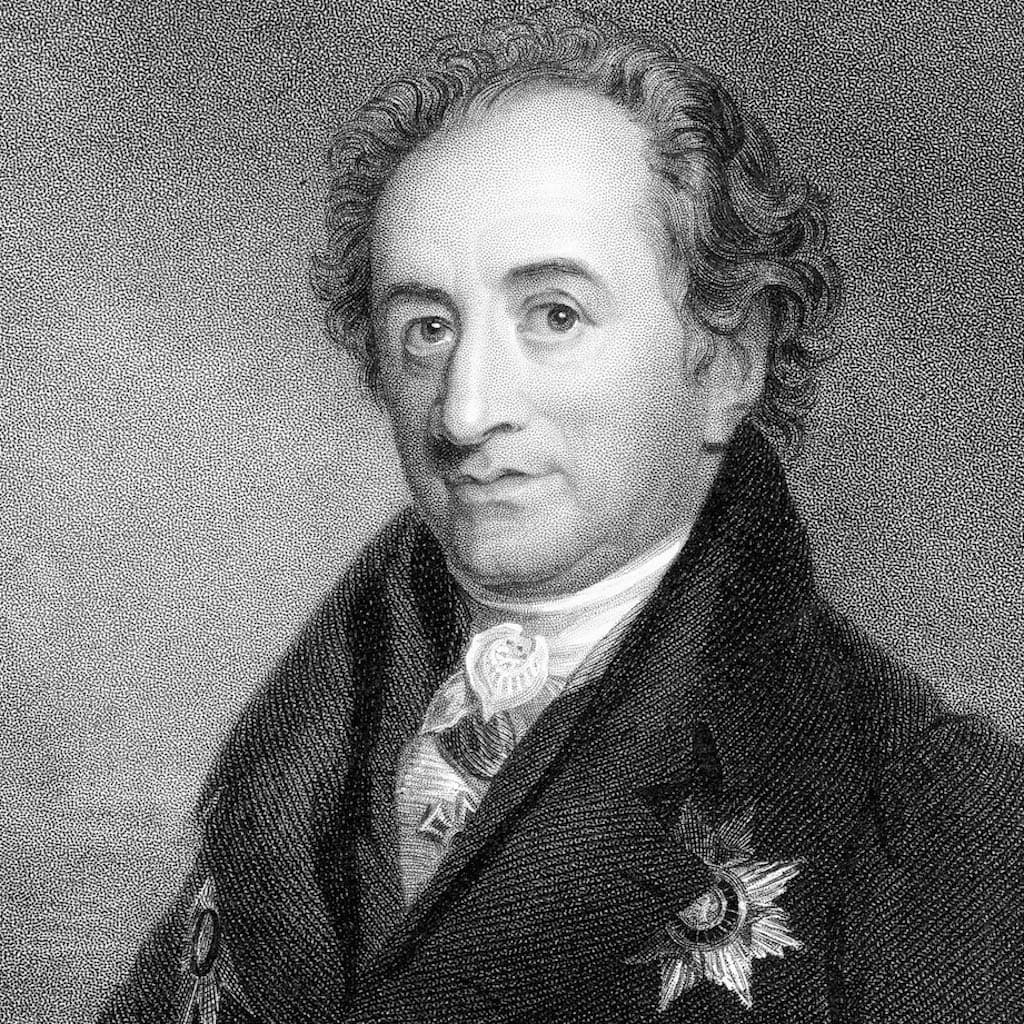 Johann Wolfgang von Goethe (1749 - 1832) is widely acknowledged as the greatest writer of the German tradition. He began writing his masterpiece, the play 'Faust', at the age of twenty-three, and finished the second part just before his death. Building on an old legend of the scholar who makes a pact with the devil, Mephistopheles, his work has had an enduring reputation and influence.

Johann Wolfgang von Goethe was born in Frankfurt am Main, in 1749. He was the first child of a lawyer, Johann Caspar Goethe, and Katherine Elisabeth Textor, the daughter of the mayor of Frankfurt.

Goethe had a comfortable childhood and was greatly influenced by his mother, who encouraged his literary aspirations. After problems at school, he received an exceptionally wide education at home. At the age of 16, Goethe began to study law at Leipzig University (1765-68), as well as drawing with Adam Oeser. Goethe’s youth was emotionally hectic to the point that he sometimes feared for his reason.

He was recognized as a leading figure in the Sturm und Drang, which celebrated the energetic Promethean restlessness of spirit as opposed to the ideal of calm rationalism of The Enlightenment. After a relaxing trip to Switzerland, Goethe made a decisive break with his past. In 1775 he was welcomed by Duke Karl August into the small court of Weimar, where he worked in several governmental offices. In Weimar, Goethe did not have much time to publish fiction. He was a council member, member of the war commission, director of roads and services, and managed the financial affairs of the court.

Goethe’s scientific researches were also wide. He discovered the human intermaxillary bone (1784), and formulated a ‘vertebral theory of the skull’. His idea of Urpflanze, the archetypal forms after which all other plants are patterned, has similarities with Plato’s theory of eternal and changeless forms. In general, Goethe’s metaphysics and organic view of nature showed the influence of Spinoza. In 1786-88 Goethe made a journey to Italy, where he drew statues and ruins, collected antiques and botanical samples, and was shocked by the primitive power of an ancient Greek temple – Renaissance art did not interest him. The journey ended Goethe’s celibacy and inspired his play Iphugenie Auf Tauris, and Romishe Elegien, sensuous poems.

Goethe worked for most of his life on Faust, which he started to compose about the age of twenty-three. He finished the second part in 1832, just before his death. The original figure in the Faust legend was Gregorius Faustus a seeker of forbidden knowledge.

From 1791 to 1817 Goethe was the director of the court theatres. He advised Duke Carl August, regarding the reopening of silver mines in nearby Ilmenau as well as implementing a series of administrative reforms at the University of Jena, which, for a short time, attracted the most prominent figures in German philosophy, including Hegel and Fichte.

In 1812 Goethe met the famous composer Ludwig van Beethoven in Teplitz. Beethoven had admired Goethe in his youth, although he considered that Goethe’s attitude toward the nobility was excessively servile. Beethoven composed several pieces based on the author’s texts, among them Egmont.

At the age of 74 he fell in love with the 19-year old Ulrike von Levetzow. He followed her with high hopes from Marienbad to Karlsbad, but then returned disappointed to Weimar. There he wrote The Marienbad elegy, the most personal poem of his later years. Goethe died in Weimar on March 22nd 1832. 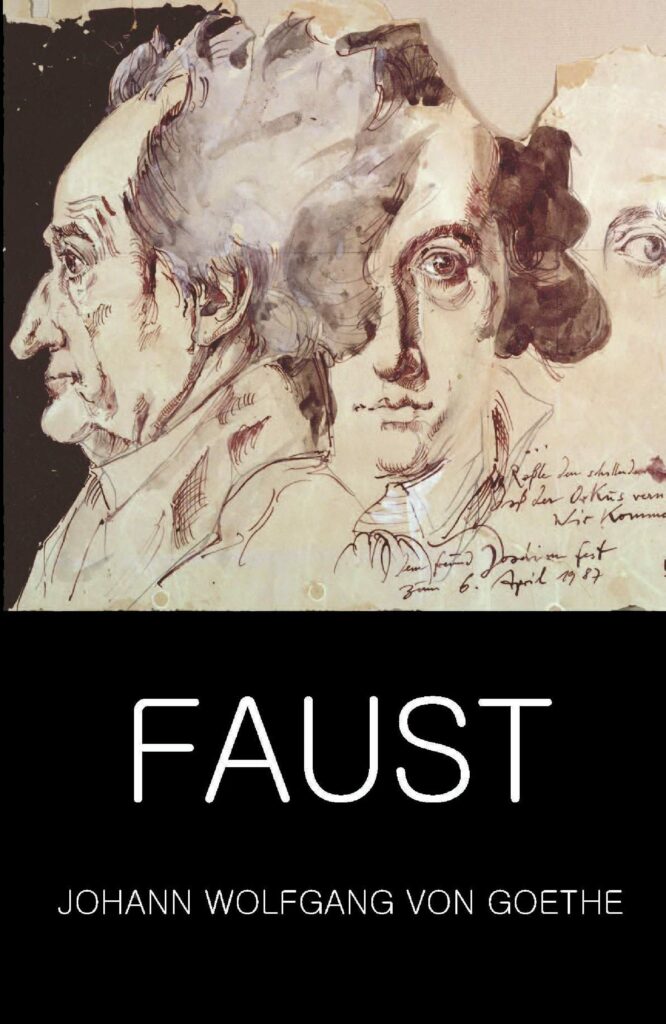 Faust – A Tragedy In Two Parts & The Urfaust