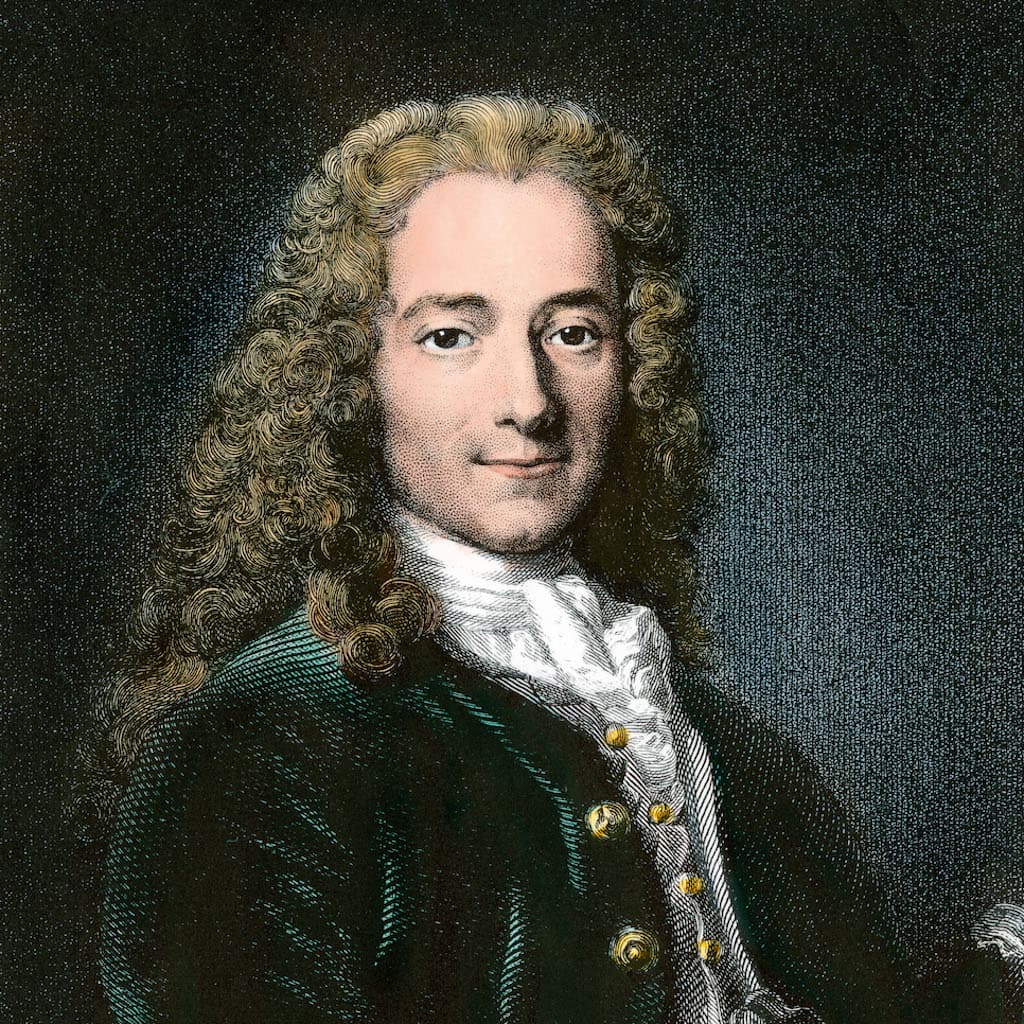 No problem can withstand
the assault of sustained thinking.

Francois-Marie Arouet (1694-1778) was better known under his nom de plume of Voltaire. A prolific writer of over 2,000 books and booklets and over 20,000 letters, he is best remembered for novels such as 'Candide'.

Voltaire was born Francois-Marie Arouet on 21st November 1694, in or near Paris, France. He is better known by his nom de plume Voltaire. His father was a prosperous solicitor and his mother, Marie Daumart, was from an upper middle-class family. Marie Daumart died when her son was just seven years old. From 1704-1711, Voltaire attended the Jesuit School, College Louis-le-Grand, where he learned Latin and Greek. Later in life he became fluent in Italian, Spanish and English.

Voltaire was a gifted student and by the time he left school, he had decided that he wanted to be a writer. His father, wishing Voltaire to become a lawyer, tried to crush his literary ambitions and sent him out of the country with the French ambassador. Whilst in Holland he fell in love with Olympe de Noyer, nicknamed “Pimpette”, but the affair created a scandal and Voltaire was sent home. Back in Paris, Voltaire pretended to find work as an assistant to a notary, which gave him the opportunity to write poetry without the knowledge of his father but he was found out and sent to Caen, Normandy to study law. Nevertheless he continued to write, producing essays and historical studies in his spare time.

Voltaire’s controversial writing at times got him into trouble and during his lifetime he was subject to state-mandated internal exile at the chateau of the Duc de Sully and was imprisoned in the Bastille for 11 months in 1717 after incurring royal wrath. On his release from the Bastille Voltaire released his first drama, Oedipe (1719), which proved very successful. His next published work was an epic about Henri IV, Le ligue; ou Henry le Grand (1723), another controversial piece which led to an argument with the Chevalier de Rohan, a member of one of the most powerful families in France. This argument resulted in Voltaire’s arrest, imprisonment and exile to England in 1726.

It was around this time that Voltaire began a love affair with a married woman, Gabrielle Emile Le Tonnelier de Breteuil, Marquise de Chatelet. He also began a philosophical correspondence with the Crown Prince of Prussia. After the Crown Prince became King of Prussia in 1740, he tried to tempt Voltaire to move to Potsdam but Madame du Chatelet opposed the move. When the relationship later broke down in 1750, Voltaire accepted the King’s invitation to move to Potsdam although they soon grew apart and Voltaire returned to Paris.

Finding himself unwelcome in Paris, Voltaire moved to Switzerland where he set up home in Geneva with his new mistress, his niece Marie Louise Mignot Denis. Poeme sur le desastre de Lisbonne (1756), Candide (1759) and his well known Philosophical Dictionary (1764) were published during this period.

In February 1778, Voltaire returned to Paris for the first time in 20 years with the intention of seeing the opening of his latest tragedy, Irene. The five day journey proved too much for the 83-year-old Voltaire and he believed that he was on the verge of death, writing on 28th February 1778 “I die adoring God, loving my friends, not hating my enemies, and detesting superstition.” Voltaire recovered enough to attend a performance of Irene in March but soon became ill again and died on 30th May 1778.

Voltaire was a versatile writer, producing works in almost every literary form, including plays, poems, novels, essays, and historical and scientific works. He wrote more than 20,000 letters and more than 2,000 books and booklets.

Candide and Other Works is published by Wordsworth Editions. 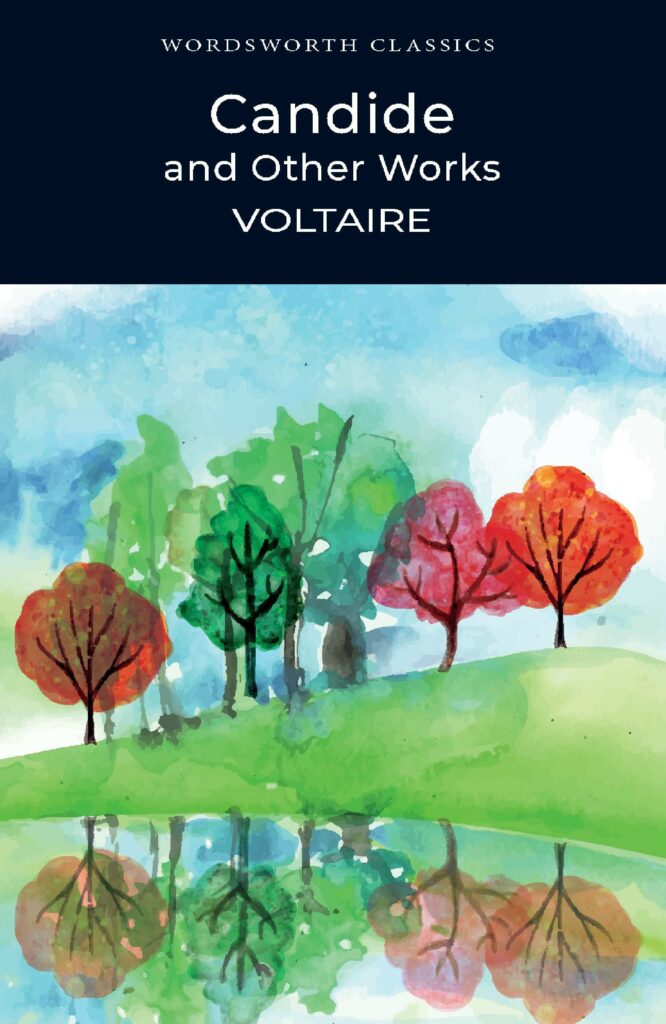 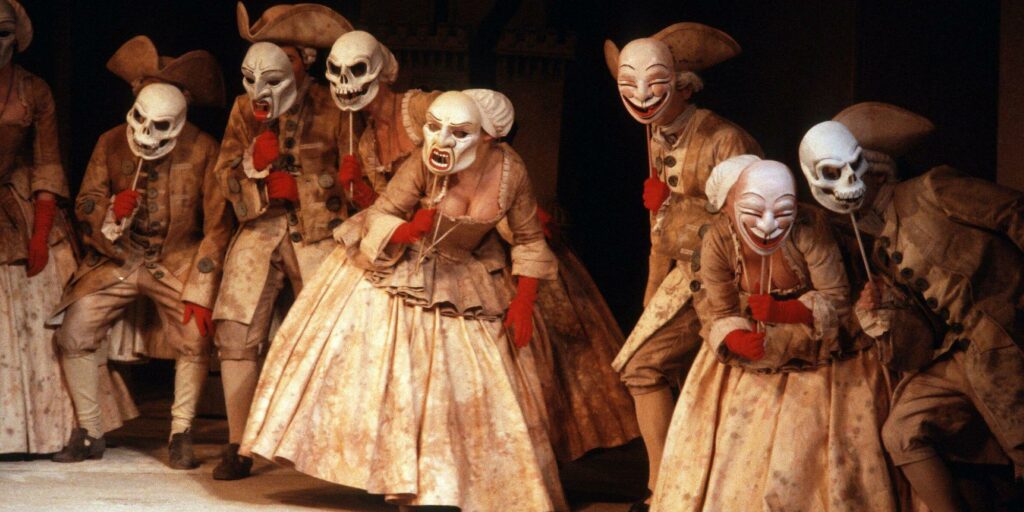 Running and Laughing: 'Candide', God, and the Meaning of Life
Read More 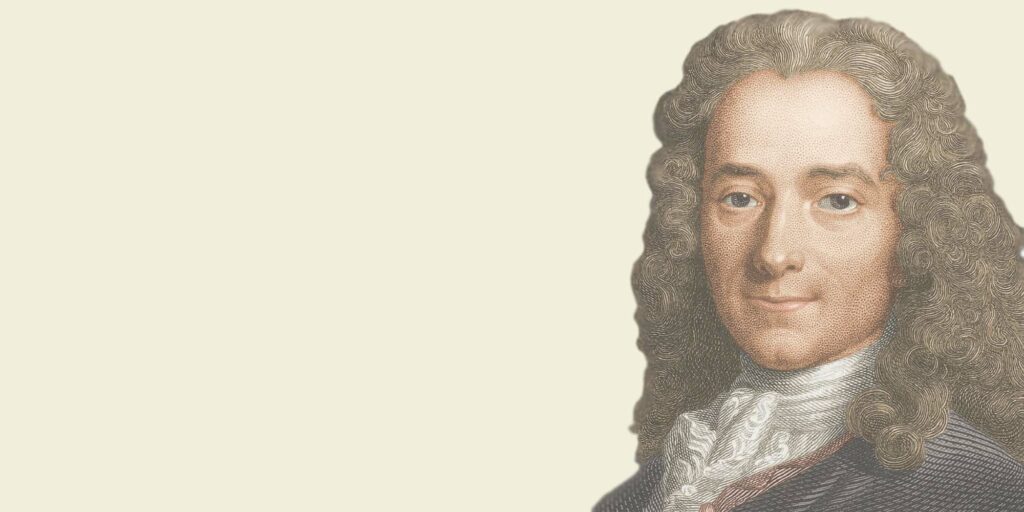