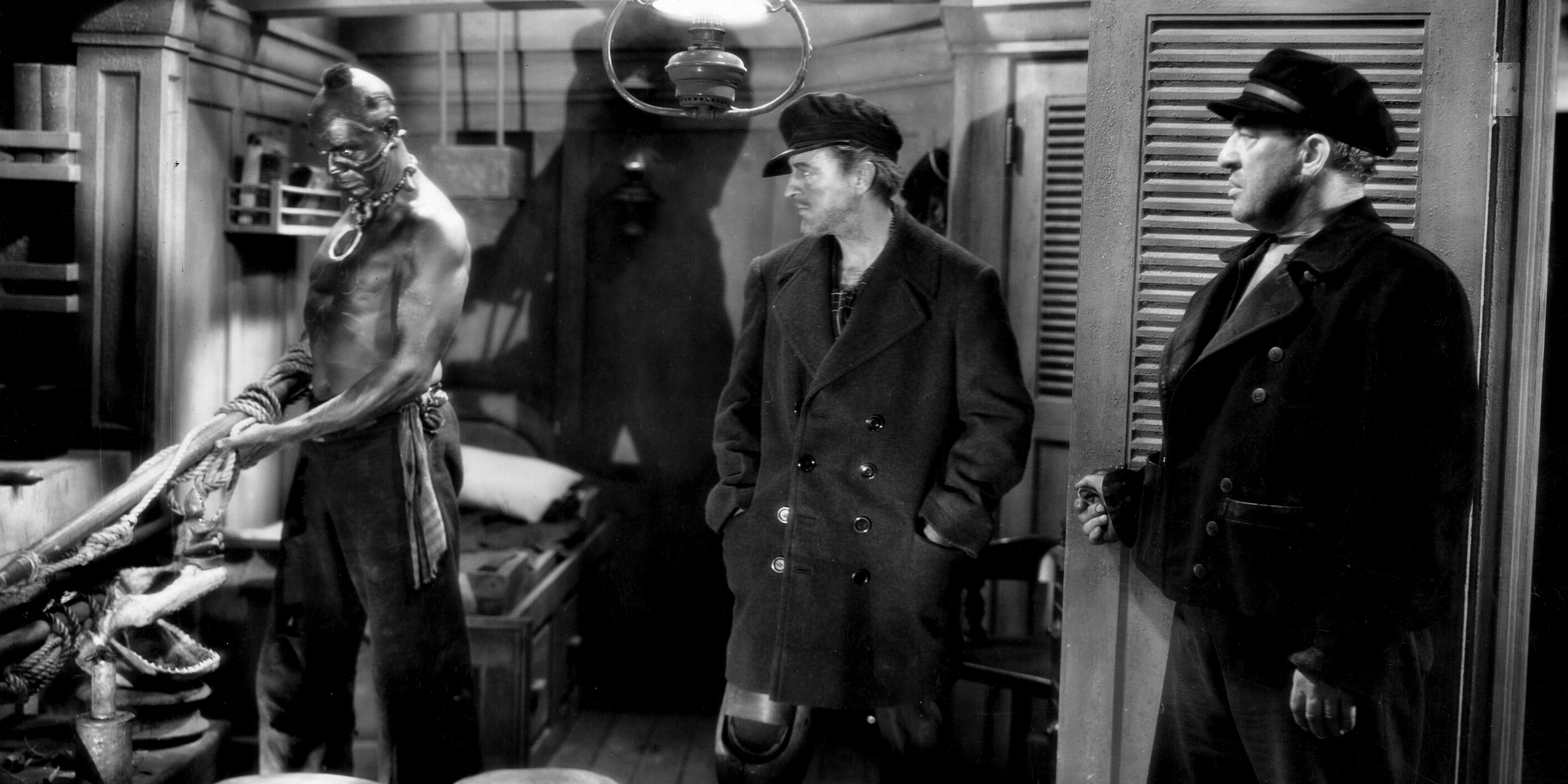 David Stuart Davies goes off in search of the great white whale.

‘…one of the strangest and most wonderful books in the world…the greatest book of the sea ever written’ D. H. Lawrence

In Moby Dick, Herman Melville (1819 – 1891) gave the world not only one of the most powerful epic adventure stories of the sea but an equally impressive allegory of man’s struggle against the malignant and imponderable forces of the universe, typified in this instance by the giant white whale of the title. In a particularly personal narrative, Melville strove to synthesise all the turbulent and painful torments of his own inner spirit.

Melville was an American novelist and short story writer whose early work, such as his first book Typee (1846), a highly romanticised account of his life among Polynesians which became a best seller, was reasonably well received. In 1850 he formed a friendship with Nathaniel Hawthorne, author of The Scarlet Letter, who inspired Melville to begin his most ambitious work yet, which he initially titled The Whale.

In his youth, Melville took many sea voyages, one of them on a whaling ship and he was able to use these experiences to bring a fierce authenticity to his story. The novel was to some extent inspired by the true incident of the Essex, a whaler that sank when it was attacked by a sperm whale in the Pacific in November 1820. Melville based his fictional sea creature partially on a real albino whale called Mocha Dick, which had been involved in over a hundred encounters with whalers from 1810 to the 1830s. Mocha Dick was described as being gigantic and covered in barnacles.

The novel begins with the narrator, Ishmael, joining the crew of a whaling ship, the Pequod, which sails out of Nantucket, a small, isolated island off Cape Cod, Massachusetts on the east coast of America. The Pequod’s master is Captain Ahab, whose leg had been bitten off by a white whale of legendary cunning and ferocity, known as Moby Dick. It is Ahab’s insanely obsessive purpose on this voyage to hunt down Moby Dick and avenge himself on the creature. The Pequod cruises across the length and breadth of the Pacific in search of Ahab’s prey.

From its celebrated opening line – ‘Call me Ishmael’ – the novel plunges the reader into the narrator’s quest for meaning ‘in the damp, drizzly November of my soul’. Ishmael is an existential outsider, acting as the reader’s skilled interpreter of events and their implications. When Ishmael joins the crew of the Pequod, his own personal search for the meaning of his existence becomes inexorably linked to the darker revenge quest of the ‘monomaniacal Ahab’. This ‘grand, ungodly, godlike man’, ‘the scheming, unappeasably steadfast hunter of the white whale’ is not only pursuing his nemesis across the ocean’s wastes, he is also fighting the God that lurks behind the ‘unreasoning mask’ of the symbolic whale.

The novel is also rich in minor characters, including the tattooed harpooner Queequeg who is described as existing in a state between the civilised and the savage. Queequeg is best friends with Ishmael in the story. He is prominent early in the novel but later fades in significance, as does Ishmael when the narrative focuses on the climactic battle between Ahab and the whale. The ship’s chief mate Starbuck is a thoughtful and intellectual Quaker and Fedallah the Parsee is an Indian whom the crew speculates is a devil in the disguise of a man.

Moby Dick culminates in a thrilling three-day chase in which Moby Dick eventually destroys the Pequod. Ishmael survives to tell his tale by clinging to Queequeg’s carved coffin.

This fascinating work of fiction is usually described as an elemental novel in which the outsider Ishmael is pitted against the fathomless infinity of the sea, grappling with the big questions of existence. These are serious themes indeed but there are also humour and comic moments, and witty asides embedded in the text. ‘Better sleep with a sober cannibal’, says Ishmael, when forced to share a bed with Queequeg, ‘than a drunken Christian.’

To the author’s intense disappointment, when the novel was published in 1851, it was not well received and from relative popularity, as a writer, Melville began to fade into obscurity. It was only after his death that the novel was reassessed by scholars, reviewers and other authors, recognising its power and its brilliance.

The novel has been adapted or represented in art, film, books, cartoons, television, and more than a dozen versions in comic-book format. The first adaptation was the 1926 silent movie The Sea Beast, starring John Barrymore, in which Ahab kills the whale and returns to marry his fiancée. Hollywood always did like a happy ending. This was remade in 1930 as Moby Dick and was the first version with a soundtrack. The most famous adaptation was the John Huston 1956 film produced from a screenplay by author Ray Bradbury. In this solemn adaptation, Gregory Peck plays the tortured Ahab. The film has an 84% rating on Rotten Tomatoes, with the consensus that ‘It may favour spectacle in place of the deeper themes in Herman Melville’s novel, but John Huston’s Moby Dick still makes for a grand movie adventure.’

Orson Welles had two attempts at the novel: an unfinished version filmed in 1971, which is not to be confused with his two-act drama which was performed at the Duke of York’s Theatre in London in 1955. The original cast of this stage production starred Welles as Ahab and also included Christopher Lee, Kenneth Williams, Joan Plowright, and Patrick McGoohan.

In their analysis of the novel (Moby Dick: A Longman Critical Edition, 2007), John Bryant and Haskell Springer state that the long list of adaptations clearly indicates the narrative demonstrates ‘the iconic image of an angry embittered American slaying a mythic beast seems to capture the popular imagination’, showing how ‘different readers in different periods of popular culture have rewritten Moby Dick to make it a ‘true cultural icon’. And to a great extent that is why the novel remains important and relevant to the modern reader. 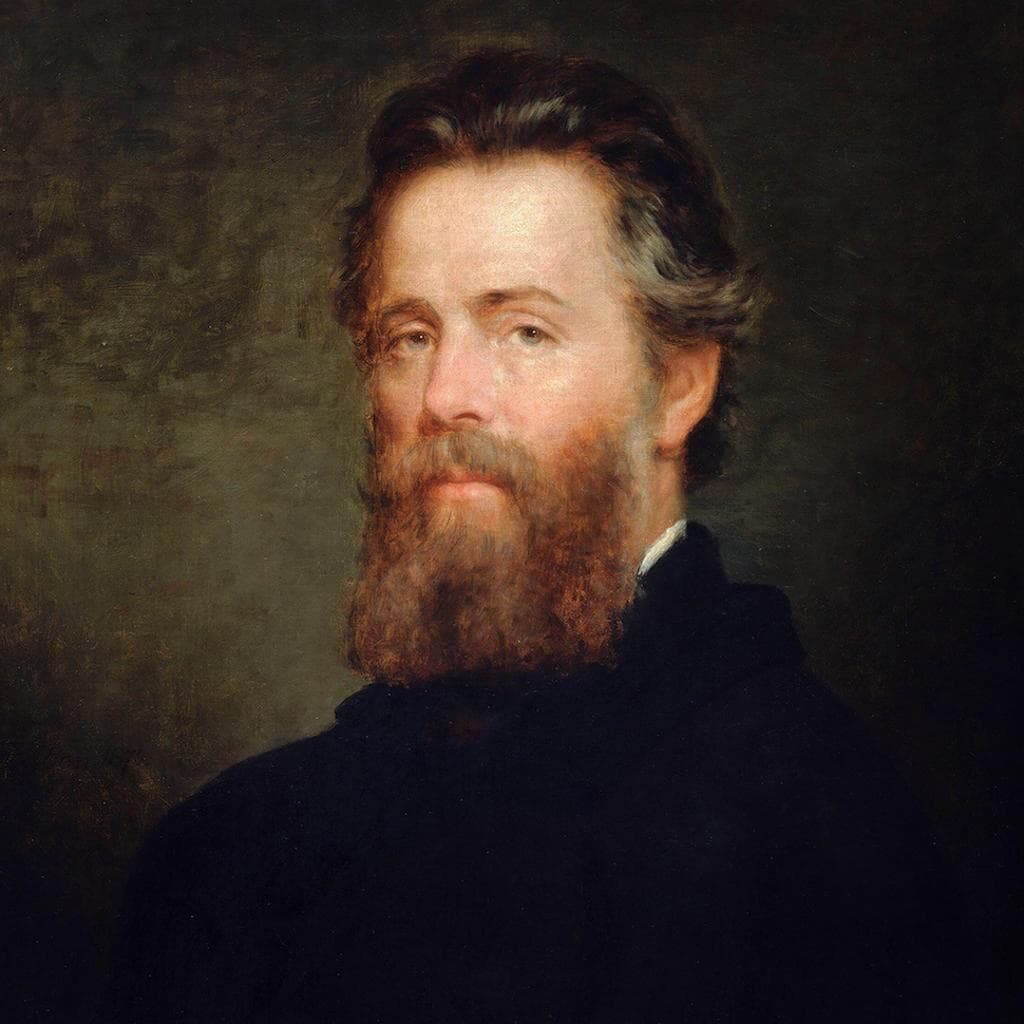