Sally Minogue reflects on remembrance and Remembrance, with reference to the post First World War fiction of Ford Madox Ford and Virginia Woolf.

One of the happy chances of my life is that Canterbury Cathedral is on my doorstep, and I regularly take a walk in its 14th/early 15th-century Great Cloister (or as I think of it, the cloisters), either in the early morning or at dusk, just as the traceries of the cloister arches and the soaring Perpendicular of Bell Harry Tower begin to be illuminated. It is almost always quiet at those times – in the morning, the stonemasons sometimes gather there, looking like mountaineers with their ropes and belays, ready for serious business. I pay them close attention, mindful of Hardy’s Jude, and of Sue looking straight through him (‘she no more observed his presence than that of the dust-motes which his manipulations raised into the sunbeams’.) In the evening, there is often a carolling blackbird, or the tolling of a bell, sounds which seem to complement the silence rather than break it. As an atheist, my own business there is not religious, and my walk is practical – a sort of constitutional, five times one way round the cloister and five times the other. But there is something about the close acquaintance with ancient stonework, the worn slabs reminding me of those treading the same path over many centuries, the grace of the fan vaulting, the occasional punctuation of stained glass in the arches, that lends these walks a naturally meditative quality. In the days leading up to November 11th, my reflections have been turning to remembrance.

In one corner of the cloisters is a large board on the wall, just next to the side door leading into the main Cathedral – in design and aesthetic, much like a school Honours Board – which holds the names of all those from the 9th Queen’s Royal Lancers who died in the First World War. This stands right next to the doorway (pre-dating the current cloisters) which was apparently used by Archbishop Thomas Beckett to enter the Cathedral on the day of his martyrdom. This board, unlike some war memorials, distinguishes casualties in terms of Officers, Non-Commissioned Officers and Other Ranks. But it is also careful to categorise those who were Killed in Action, by far the longest list and at the head of the board, followed by Died of Wounds, Died Whilst Prisoners of War, Died on Active Service and finally that elusive category – the Missing Presumed Dead. The hierarchy of value is explicit.

Cathedrals have always been repositories of monuments to those killed in war; this is most evident in St Michael’s Chapel inside the Cathedral, known as The Warriors’ Chapel, with its many rather weary and ragged regimental colours of The Buffs, the Royal East Kent Regiment (now defunct), who inspired the byword for military steadfastness, ‘Steady the Buffs!’ Here it is hard to avoid the feeling that Church and State conspire to uphold the values of masculine self-sacrifice.

I have taken some time to build a picture here, without reference to literature because I want to suggest that the period leading up to the anniversary of the Armistice date, and Remembrance Day itself, have become somehow petrified in tradition. The Cathedral monuments to those killed in the war (many predating the First World War, but redolent with the names of imperial conflicts which are once more in the news) are material icons of this. The ubiquitous red poppy leaves no room to combine respect for those who died with a critical attitude to the circumstances of their death. The two minutes’ silence cannot be broken by any form of dissent; and to remain silent is to assent to a particular way of remembering. Conversely, if we look at the fiction which came immediately out of the First World War, we see a complication and questioning of the whole business of how to remember the dead and the conflict in which they died. Here is the inner consciousness of Christopher Tietjens, Ford Madox Ford’s ‘hero’, in the first pages of ‘No More Parades’, the second volume of the tetralogy Parade’s End:

Intense dejection, endless muddles, endless follies, endless villainies. All these men given into the hands of the most cynically carefree intriguers in long corridors who made plots that harrowed the hearts of the world. All these men toys, all these agonies mere occasions for picturesque phrases to be put into politicians’ speeches without heart or even intelligence. Hundreds of thousands of men tossed here and there in that sordid and gigantic mud-brownness of midwinter . . . by God, exactly as if they were nuts wilfully picked up and thrown over the shoulder by magpies. . . . But men. Not just populations. Men you worried over there. Each man a man with a backbone, knees, breeches, braces, a rifle, a home, passions, fornications, drunks, pals, some scheme of the universe, corns, inherited diseases, a greengrocer’s business, a milk walk, a paper stall, brats, a slut of a wife. . . . The Men: the Other Ranks! And the poor – little officers. God help them. Vice-Chancellor’s Latin prize men.

Ford immediately makes clear that any standard distinction between officers and other ranks is not just invidious, it is utterly meaningless. All are as nuts to be ‘wilfully picked up and thrown over the shoulder by magpies’. ‘No More Parades’ was published in 1925, the same year that Virginia Woolf published Mrs Dalloway. Scarcely could the origins of these novels have been more different. Ford had served in the war, enlisting at the age of 41 and serving as an officer in key battles at the Front. Woolf, by gender necessarily a non-combatant, shows in her diaries a somewhat disengaged attitude to the cataclysmic events around her, and in her fiction, the war is dealt with in a sideways manner. Yet, like Ford, she produces some of the most imaginative insights into the effects of the First World War, whilst also reflecting on the human condition as it exists at an angle to the specifics of the historical moment.

Mrs Dalloway is ostensibly about Clarissa Dalloway’s party; but that is the froth on the surface of the interior lives illuminated by Woolf’s modernist methods. Throughout the novel, a parallel is observed between the socialite Mrs Dalloway, planning her party, and the war survivor Septimus Evans. Both are haunted by death, which lurks beneath the novel’s surface, bubbling up in Clarissa’s consciousness through Shakespeare’s elegiac ‘Fear no more the heat o’ the sun’. For Septimus, it takes the solid form of his dead comrade Evans, who appears to him in Regent’s Park, and is more real, more meaningful to him than his wife Rezia. The war has disjointed Septimus from himself; only the apparition of Evans seizes him. But likewise, Clarissa Dalloway is disjointed from herself, for no other reason than the existential awareness of the void underlying life itself. By putting Septimus and Clarissa on a par, Woolf shows us the equal frailty of their grasp on life, and their shared understanding of that frailty. The explosion which happens within Septimus is only a version of the existential explosion which can happen to any human consciousness.

Ford foregrounds the material conditions of the First World War to give an account of its effects on those who directly participated, but he uses the war to speak in a more general way about the way humans inhabit the world. Woolf emphasises first the human consciousness as it encounters the material conditions of existence, which happen to include those of the war but are not confined to that. A society woman organising her party can experience the same acute sense of the abyss of death as Septimus, a survivor of the horrors of war. As modernists, both novelists strive to find new ways of using language to meet the demands of expressing acute and extraordinary states of being. They are nothing if not complicated.

The rituals of Remembrance Day leave no room for complication, except in the internal space we each occupy. The writers who responded in the aftermath of the war can help us with the imaginative effort needed. Here is Ford again, recounting Tietjens’ inner thoughts about the death of O Nine Morgan (note the care taken to avoid using that over-generalised phrase ‘the dead’):

And at the thought of the man as he was alive and of him now, dead, an immense blackness descended all over Tietjens. He said to himself: I am very tired. Yet he was not ashamed. . . . It was the blackness that descends on you when you think of your dead. . . . It comes, at any time, over the brightness of sunlight, in the grey of the evening, in the grey of the dawn, at mess, on parade; it comes at the thought of one man, or the thought of half a battalion that you have seen, stretched out, under sheeting, the noses making little pimples; or not stretched out, lying face downwards, half buried. Or at the thought of dead that you have never seen dead at all. . . . Suddenly the light goes out. . . . In this case it was because of one fellow, a dirty enough man, not even very willing, not in the least endearing, certainly contemplating desertion. . . . But your dead . . . yours . . . your own. As if joined to your identity by a black cord. . . . (Part IV of ‘No More Parades’)

The rituals of Remembrance do make their own efforts to reconnect us with the past. But in the space between Remembrance and remembrance, we can each try to retie that black cord to ourselves, and re-imagine our own dead.

The ellipses in the quotations from Parade’s End are Ford Madox Ford’s.

Reference to Thomas Hardy, Jude the Obscure, is to Chapter 2 of Section 2 of the novel, ‘At Christminster’. 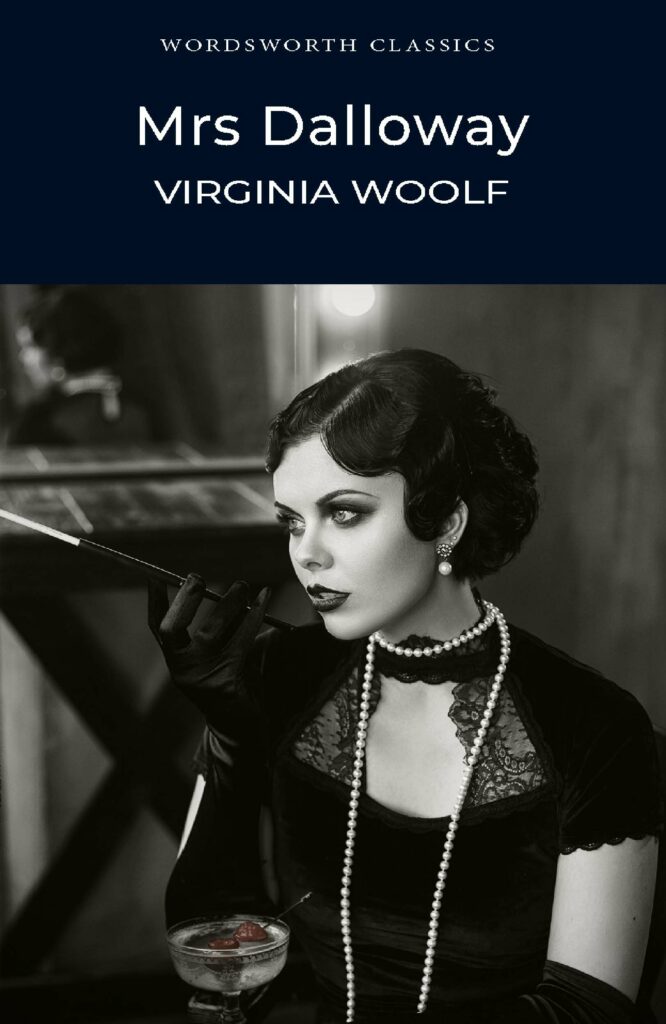 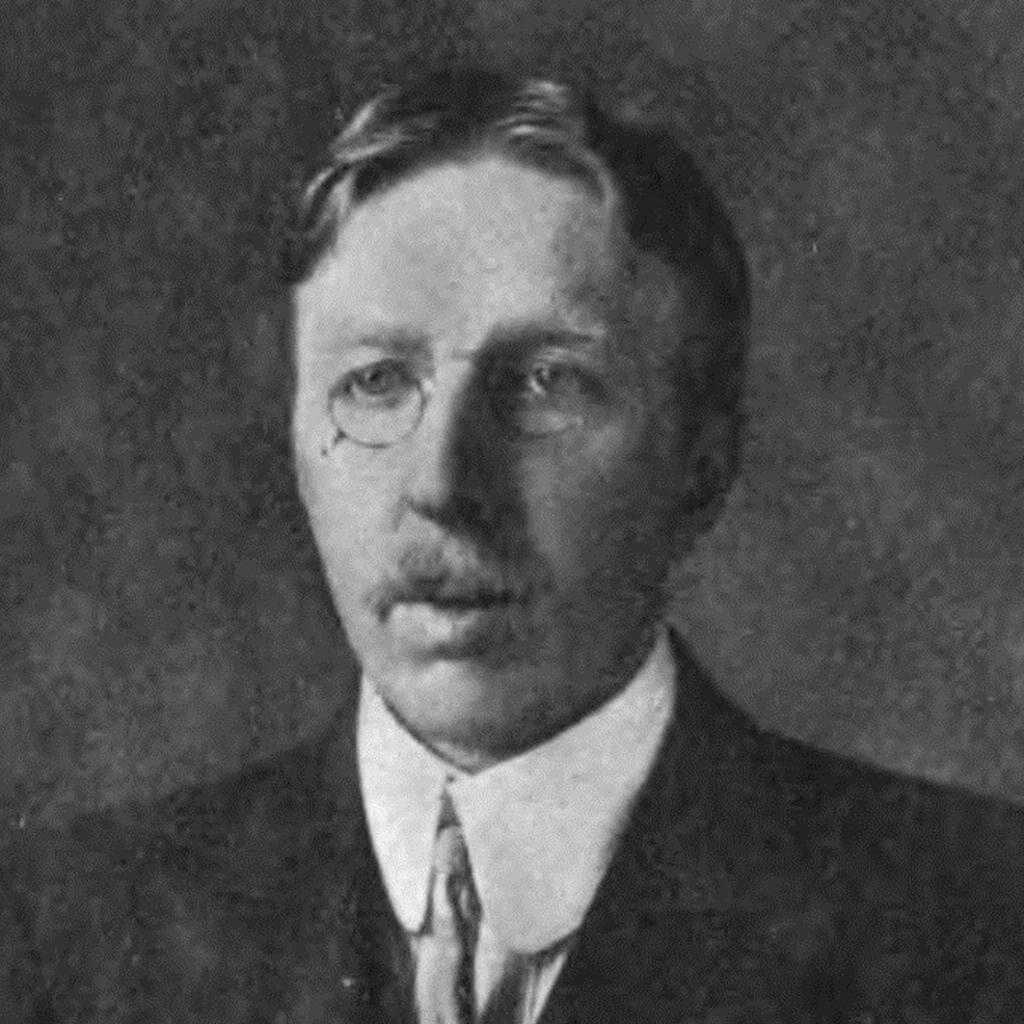