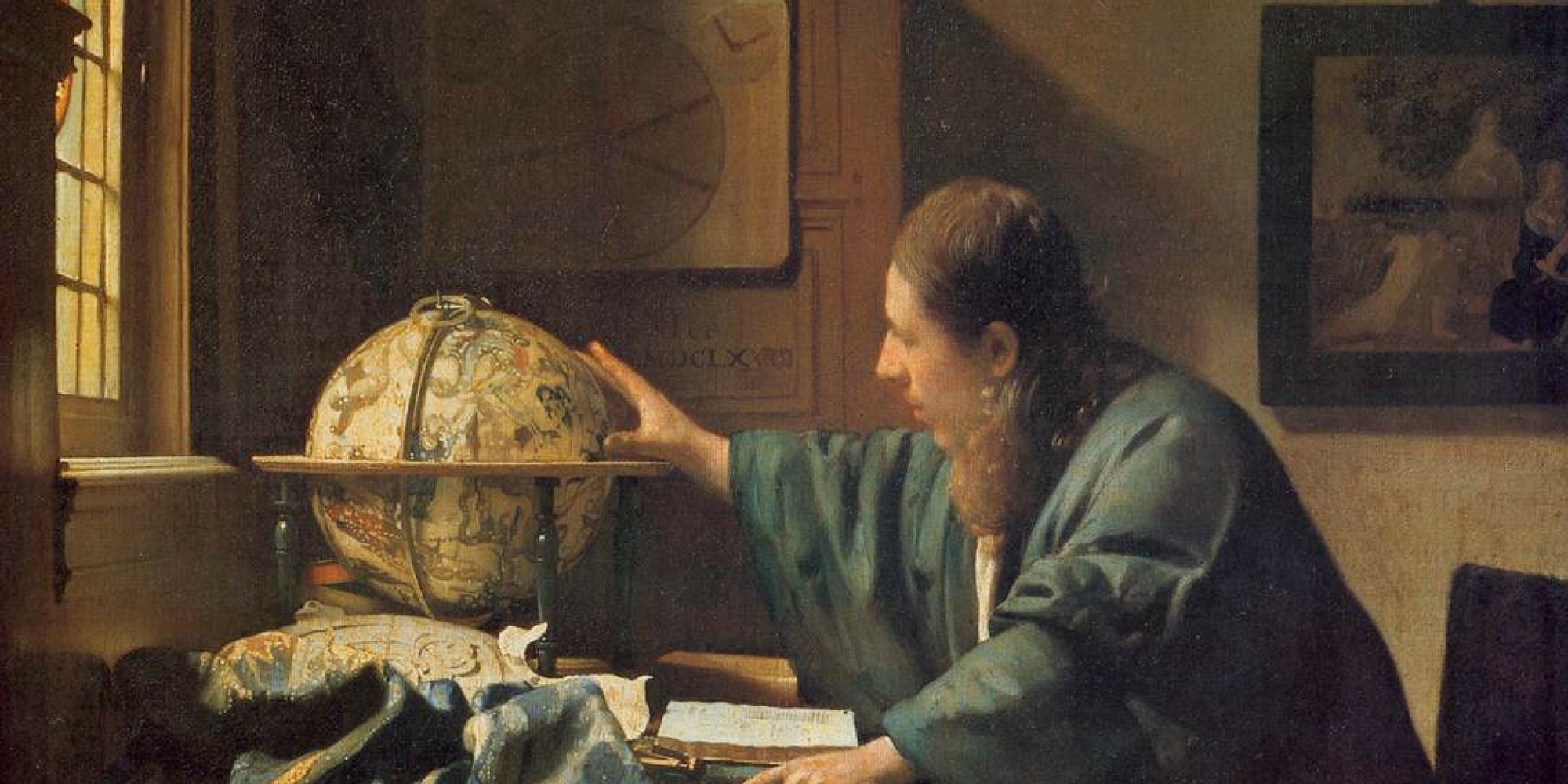 American-born Parker Lancaster delves into the depths of what the notion of freedom and Independence Day truly stands for and how he will be taking a page out of Spinoza’s book this year…(excuse the pun).

If you ask most Americans, we will tell you we love freedom. We fetishize it, we worship at its altar. It is our national pastime, our anthem, our official national bird. Practically every day in the USA is treated as Independence Day, but July 4th is a special day. The smell of gasoline, gunpowder, and charred sausages linger in the air while we celebrate freedom by shotgunning beers, polishing off handles of rotgut whiskey, lighting illegal fireworks in the desert, starting brushfires, flocking to stadiums by the thousands to watch the sky explode, and getting into all manner of shenanigans, ballyhoo, monkeyshines, and scofflawery.

However, the freedom that’s popularly associated with July 4th is, in my view, mostly nominal, hypocritical, and predicated upon ignorance of American history. We celebrate our history of liberty from British tyranny (and taxes), our willingness to fight for our rights, our remarkable Bill of Rights, and its guarantees of free speech, a free press, freedom of religion, and due process for all. We also deify our country as a shining city on a hill as we claim American exceptionalism and status as God’s final chosen people, the messengers and arbiters of truth and justice around the world. While there are freedoms, triumphs, and wonderful moments and people in American history to celebrate, there are just as many things we’d much rather forget.

This year, I will do my patriotic duty and dissent from these hollow and farcical proceedings. July 4th is, more than anything, a holiday of national amnesia. And who could blame us? Our history is one full of regrets. Regrets like slavery, genocide, lynch mobs, segregation, preemptive wars for profit, nuclear war, double tap drone strikes, illegal prisons and rendition sites, toppling democracy abroad to install dictatorial and fundamentalist theocratic regimes friendly to corporate interests, crippling debt and wealth disparity, disastrous laissez faire capitalism in banking and fossil fuels, a rampant global surveillance state, legalized bribery of elected officials, prosecution of whistleblowers, the largest prison population on the planet, marriage and gender discrimination, and so on, and so forth.

No wonder so many of us treat Independence Day as a blackout-drunk holiday. The “freedom” we are led by our pastors and politicians to idolize on Independence Day is a fiction, a shadow of what we imagine it to be, and we seem to delight in denying it to each other and even to ourselves, generation after generation. Those who put on the biggest show of patriotism, it seems, are the most eager to make scapegoats of, denigrate, and deport religious minorities and refugees, curtail personal liberties in the name of security, and blame their no-longer-beloved free press at every turn for their own incompetence and failings.

This July 4th, I’m celebrating a different kind of freedom, one more fundamental and lasting than any one man, country, or coveted government document. It will be my holiday for the liberation of the mind from ancient, outdated, and malignant modes of thought, and for the legacy of the historical champion of that liberation, Benedict Spinoza.

Spinoza was a peaceful radical, gentleman’s gentleman, freethinker, genius, and a reviled and notoriously unapologetic heretic. A man after my own heart. He was the first philosopher in the world to marry rigorous religious scepticism to a political theory of a democratic state. He invented the notion of secular democracy in his “Theological-Political Treatise”. If Adams, Jefferson, Hamilton, et al, are America’s Founding Fathers, then surely Benedict Spinoza must be numbered chiefly among America’s Founding Grandfathers. History is decidedly on Spinoza’s side. It has been well-demonstrated, in Spinoza’s time and our own, that tolerant secular democracies (in the case of the United States, a democratic republic) or constitutional monarchies that essentially operate under the same democratic framework, are the only proven and sustainable model for a lasting, peaceful, just, and prosperous state. Or at least the most peaceful, just, and prosperous form of government yet devised. It would be a grave mistake to pretend that Spinoza was a perfect man free of his own prejudices, that his complete corpus is flawless, or that the political state he advocated for is, or could ever be, a utopia or panacea for the moral failings and ills of mankind. But all options considered, it’s certainly the least awful form of a society we’ve discovered to date.

Spinoza’s “Ethics” was radical in its own way. A treatise far more about human psychology and emotions than religion or theology, and structured as a complex web of propositions and axioms akin to a set of foundational mathematical proofs, it is remarkable for its complete independence from Scripture. There is one citation of Ecclesiastes, several of the Apostles’ names are used (probably with a little irony) as ordinary stand-in characters wholly unrelated to their Biblical counterparts, and a total of one paragraph is given to discussion of Adam and Eve, Christ, and the Patriarchs, and even this prefaced by the sceptical introduction, “We are told…” All of the few references to Scripture in the Ethics are only examples to illustrate a point, and Spinoza never uses the circular reasoning of the inerrant word of God as justification for philosophical claims. Inconsequential religious references and a handful of brief citations of Ovid and Cicero aside, the Ethics is an utterly self-contained work.

In Spinoza’s time, church and state were completely integrated virtually everywhere, in every nation, every walk of life, university, and most fields of study. Scholasticism had tethered philosophy to theology with an iron chain. The Scholastics had a well-worn adage, “philosophia ancilla theologiae.” “Philosophy is the chambermaid of theology.” This was not a reversible schema. But the Ethics is no handmaiden, and it represented a resounding break from the longstanding philosophical tradition. Spinoza litters the Ethics with references to God and His perfection, but no one would mistake this for a religious text. Spinoza’s God, of course, is far from orthodox. He (or she, or it) and nature itself are one and the same. His conception of God has no throne, no corporeal form, no Commandments, prophets, temple, holy book, or church. His universe is a rational one, in which miracles and the supernatural are not possible.

Naturally, the Amsterdam congregation to which Spinoza belonged had no choice but to excommunicate him forever, and to write his herem with such eager vitriol that one can’t help but imagine the authors licking their lips and foaming at the mouth. Amusingly, the herem reads, in part, “all the curses that are written in this book shall lie upon him, and the Lord shall blot out his name from under heaven.” Oops. Maybe the Lord decided to just smudge his name, or lightly scribble over it instead. Spinoza made no attempt at formal amends for his grievous sins and heresies. He never reverted to Judaism, converted to any other religion, or apologized for his beliefs. He spent the remainder of his life as a humble pensioner, lens grinder, and correspondent with many of the great scientific and philosophical minds of his day, and occasionally published his treatises. He decided against publishing his Ethics in his lifetime, directing close friends only after his death to ship his writing desk, the manuscript locked inside, unmarked to his publisher. It is equally ironic and horrifying that the only surviving manuscript of the Ethics in the world resides in the Vatican Library. The same Vatican prohibited every Catholic from reading any of Spinoza’s works for nearly 300 years.

It is a tragedy and a blight on history that Spinoza was so forcefully expelled from and ostracized by his own community, but what revolution was ever won without pain? Would the Ethics or the treatises ever have been written had Spinoza not first incurred the wrath of his religion, his peers, and even his own family, simply for espousing beliefs that, in retrospect, are perfectly reasonable and necessary for a modern world? Spinoza’s work shows the vital importance of reading things that “can’t” be read, asking questions that are not allowed to be asked and demanding answers, and breaking the status quo in half if need be.

If the unfalsifiable whisperings, revelations, divinations and pronouncements of the ancient prophets, apostles, messiahs, and acolytes of the world are true, and if Spinoza the heretic is indeed in hell, as his critics gloated upon his death, then perhaps my own stubborn insistence on reason and scepticism on matters political and religious dictate that I will join him there in due course. If so, I think we’ll have an awful lot of good conversation and good company (and a little bit of bad), and I’ll be sure to bring plenty of hot dogs, Colman’s mustard, fireworks and beer. While I’m at it, I’ll bring along my copy of Terminator 2. Thinking of Spinoza this July 4th, I can’t help but be reminded of the iconic line from the film. “No fate but what we make for ourselves.” If we truly want to live up to and live with the ideals of freedom, truth and justice in our world, we have to seek out the wisdom of bold visionaries and actively and relentlessly pursue those ideals ourselves, both as individuals and as a body politic. It will be difficult, and nothing and no one can destine it for us or gift it to us on a silver platter. As the philosopher said, all noble things are as difficult as they are rare. And so I bid my fellow Americans and fellow freethinkers everywhere a happy Independence Day. 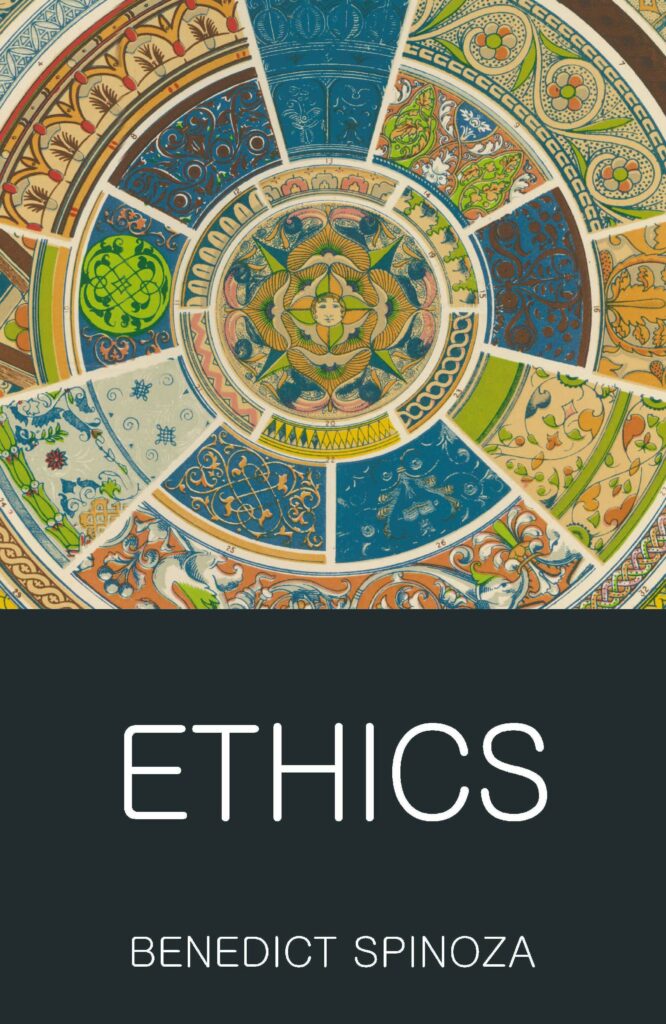 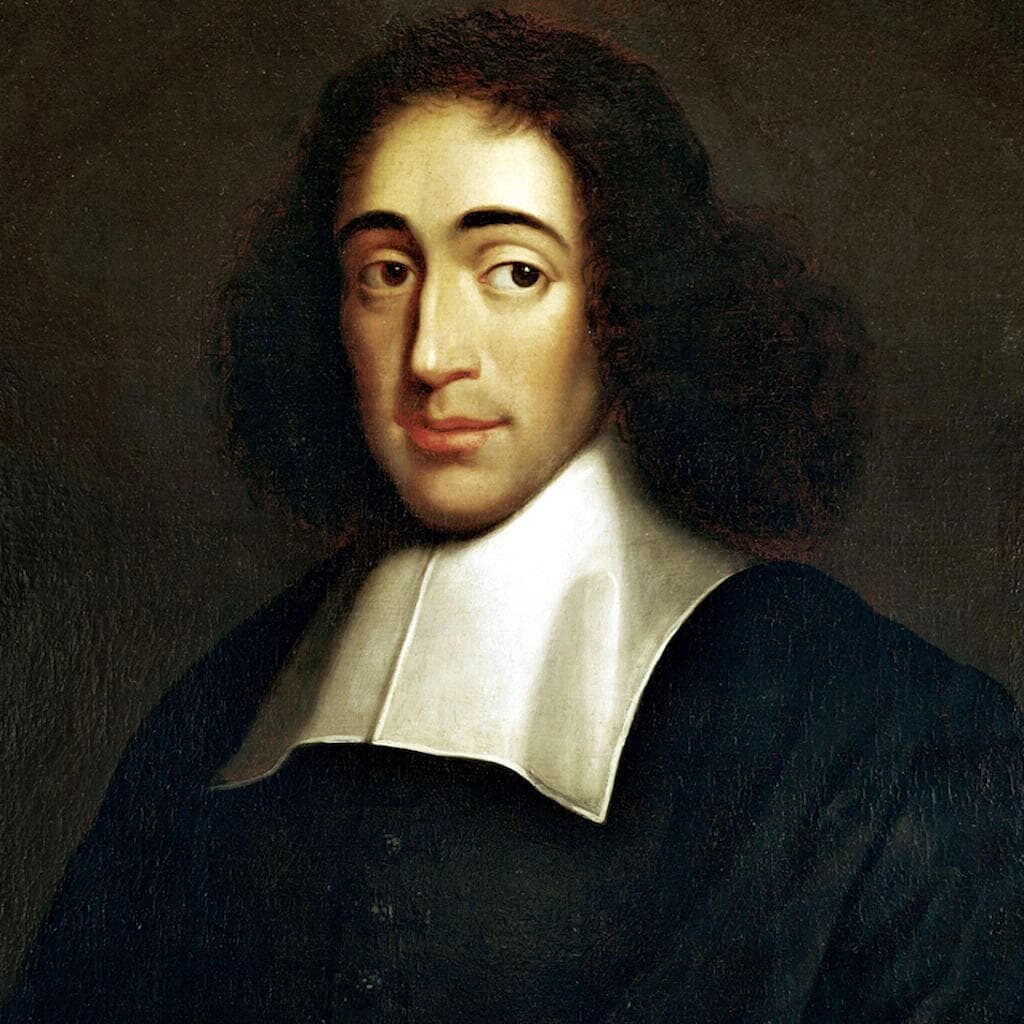 Benedictus de Spinoza (1632 - 1677) was a Dutch philosopher of Portuguese-Jewish origin. While living quietly, working as a lens grinder, Spinoza wrote of highly controversial ideas which saw him expelled from his community. His 'Ethics', published posthumously, led him to be considered one of the great rationalists of 17th-century philosophy, laying the groundwork for the 18th-century Enlightenment and modern biblical criticism. Spinoza is considered to be one of Western philosophy's most important philosophers.