Scroll
Skip to content
HomeBlogWar and Peace – The Epilogue 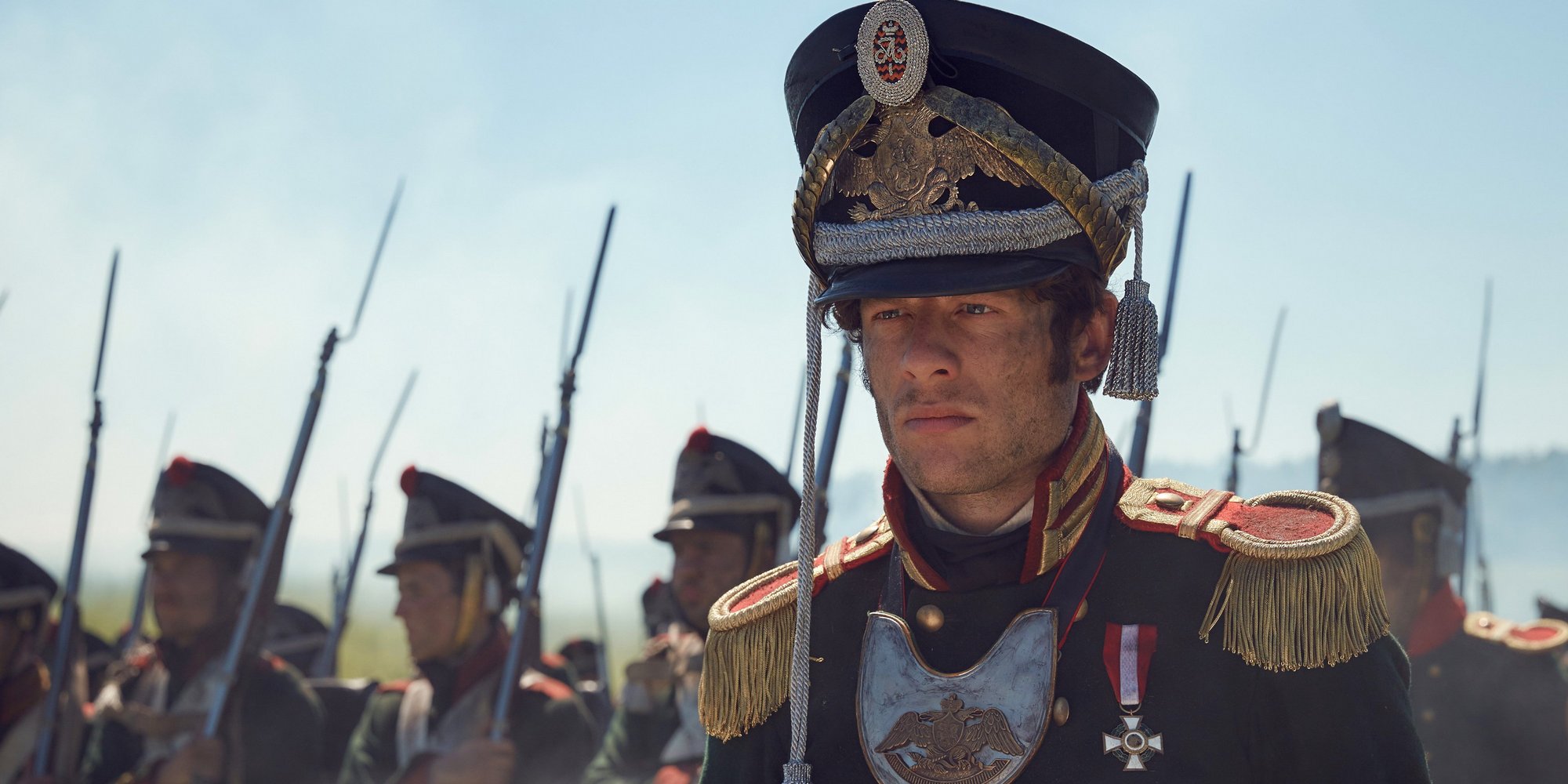 War and Peace – The Epilogue

As the fog of war clears from this lavish adaptation, Henry Claridge assesses its success.

I share the generally positive response to the BBC’s adaptation of War and Peace but I also concur with the view of some commentators that the series didn’t seem Russian enough; and this is not a matter of simply pointing out that the faces lack Slavic features or that the physical gestures are insufficiently effusive or melodramatic.  More importantly, the series struggled to convey the intellectual power of Tolstoy’s novel.  Much of this is dramatized through Pierre Bezukhov just as in the later novel, Anna Karenina (1877), Constantine Levin is the vehicle for Tolstoy’s ruminations on seemingly mundane matters such as farming, husbandry, local politics, and bureaucracy, but also on profound questions about morality, social responsibility, revolutionary change, and, above all, religious belief.  Both are simultaneously novels of human drama and of ideas but it is a measure of Tolstoy’s great gifts as a novelist that ideas are rarely presented abstractly, rather they are lodged in the minds of his characters and are articulated in moments of self-awareness and introspection.   War and Peace differs from the later novel in its expository essays, largely on the philosophy of history and the problem of historicism (that is, the view that historical evolution is determined by laws, that these laws are discoverable much as scientific laws are discoverable, and that as a consequence we can predict the future course of events), but also, by extension, addressing the futility of war and the delusions of those who perpetrate it.  The BBC series, understandably, made no attempt to give these ideas any expression, in part, as I anticipated in my earlier ‘blog’, because to do so, for example, in conversation or soliloquy, would seem clumsy and intrusive.  Instead, we were offered some moments of ‘voice-over’, notably in the concluding episode (which ran to eighty minutes) where we hear Pierre’s characteristically ‘Tolstoyan’ reflections on the nature of happiness and the meaning of life.   The result was a dilution of the novel’s intellectual force and this, arguably, made it more difficult for the viewer to grasp the importance of War and Peace as a national epic, so much so that Tolstoy’s ‘thesis’ that Napoleon was defeated not by superior force or more expert military strategy but by what might be called the unconscious will of the Russian people was not (perhaps could not be) made clear.

Thus, while the BBC series didn’t flinch from showing the horror, futility, and chaos of war, the emphasis on family life and, in particular, on the Bolkonskys and the Rostovs, offers some support to those who argue that, all too often, the television serialization of great novels results In lavish costume drama or dynastic family soap operas.  The use of the Catherine Palace in St. Petersburg and locations in Lithuania lent the episodes a visual authenticity that we have come to expect from modern serializations and this was accompanied by meticulous attention to costume, fashion, deportment, regimental uniform, and jewellery.  Viewers enjoy these things and it is easy, and wrong, to impugn them for taking pleasure in the detailed recreation of the historical past, even if we have to point out that the background was never for Tolstoy simply a matter of ‘scenery’.

Television (or, for that matter, the cinema) is, moreover, a medium well-suited to Tolstoy’s literary technique.  He is essentially a dramatic novelist; he shows rather than tells.  We come to know his characters as we do people in life, by the slow but steady accretion of their knowledge of them that is revealed in conversation, gesture, action, behaviour, and the opinion of others, so that our intimacy with them grows as the novel progresses.  Characters are not described by way of long descriptions of their origins, their upbringing, or flashbacks to past events, instead, they are revealed (particularly his women) through the reactions and responses of others, for example, in the early scenes with Natasha and Princess Helene.  This indirect method contributes powerfully to Tolstoy’s realism and, some might argue, makes him a more ‘cinematic’ novelist than English contemporaries such as Dickens and Trollope, both of whom he greatly admired.

One thing for special praise was the series’ attention to the religious dimension of the novel.  Early nineteenth-century Russian society was medieval in character and there was no clear line of demarcation between ordinary life and religious observance, so much so that the rhythms of life and its attendant rituals drew on religious customs and ceremonies; even something as greeting a visitor with bread and salt is invested with profound significance in Russian Orthodoxy.  Both modern historical writing and modern literary criticism are liberal and secular in outlook and frequently ignore, or understate, the role that religious belief plays in the lives of many people.  Tolstoy was dismissive of orthodox Christianity and in many respects thought it absurd, but at the same time, he thought that life without religion was meaningless.  War and Peace communicate this in many ways.  It is, above all, embodied in Pierre and his moral struggle to cease living for himself (as Prince Andrei Bolkonsky does) and instead live for others.  There may have been a temptation to excise Pierre’s meeting with Bazdeev at the inn in Book 5 of Volume 1 (episode 3 of the TV series) but it was intelligently resisted: it is Bazdeev who draws Pierre into the Brotherhood of Freemasons (Tolstoy became absorbed by Freemasonry during his research for the novel) but the importance of these scenes in Book 5 is that their conversation directly addresses Tolstoy’s own thoughts about the limitations of reason, and, by extension, science, and his conviction that a kind of ‘worldly religion’ (that is, one grounded in daily life much as it was to be seen in the peasant class) was a moral necessity.  This religious vision resurfaces towards the end of the novel when Pierre is being held prisoner and he befriends Platon Karataev, the peasant with whom he shares a potato and salt (in Book 14 of Volume 3).  The BBC serialization powerfully evoked the role of religion in Russian culture, whether in scenes of family life such as the christening of Prince Andrei’s son, the death of Count Ilya Rostov, and Princess Marya entrusting her icon to Andrei before he goes to join his regiment in Austria, or in scenes of war such as the procession of priests before battle and their administering last rites to the dead and severely wounded.

There are ‘local’ details at which one might cavil, some trivial, others not.  Much has been made of Tuppence Middleton’s sultriness and seductiveness in the role of Princess Helene Kuragina but Tolstoy describes a more voluptuous woman than the figure Ms Middleton presents, and while Jesse Bentley admirably captured Princess Marya Bolkonskaya’s piety and dutifulness, Tolstoy never describes her as physically unattractive, rather her plainness is something she sees in herself and it is attenuated by her ‘large, deep, and luminous eyes’.   On the other hand, complaints about the ‘raciness’ of the TV series are exaggerated: Tolstoy had none of the Victorian rectitude about physical and sexual love one finds in nineteenth-century English and American writers, as is evidenced above all in the descriptions of physical passion between Anna and Count Vronsky in Anna Karenina.  Too much, however, was made of the supposed incestuous relationship between Helene Kuragina and her brother Anatole: this is merely hinted at, notably when Pierre has doubts about his forthcoming marriage to Helene and recalls the rumour that Anatole was sent away because he was in love with his sister.

We are told the BBC series had an audience of just under six million viewers.  If just half of them pick this very great novel up to read (or, indeed, re-read) then we can thank the corporation for a job well done. 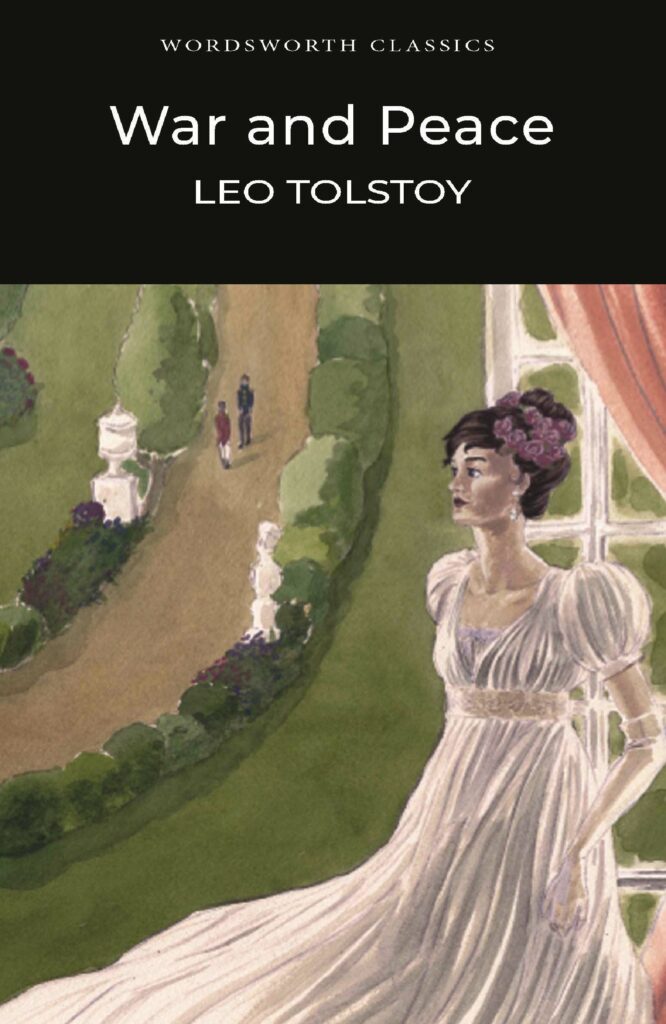 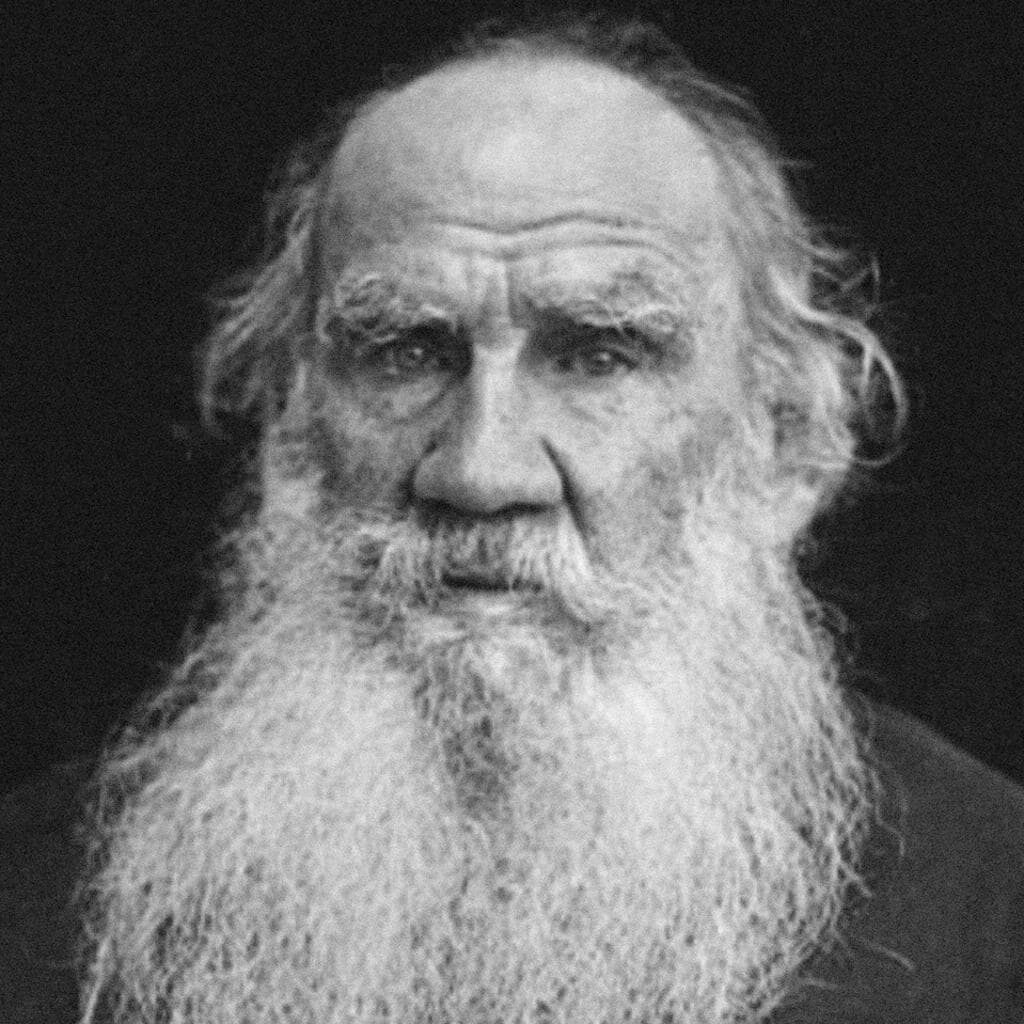 Leo Tolstoy (1828 -1910) is one of the major figures in world literature, and 'War and Peace' is in contention to be considered the greatest novel ever written. But this is only one of his memorable works: 'Anna Karenina' certainly equals it in popularity, and his shorter works, such as 'The Death of Ivan Ilyich' are considered excellent.