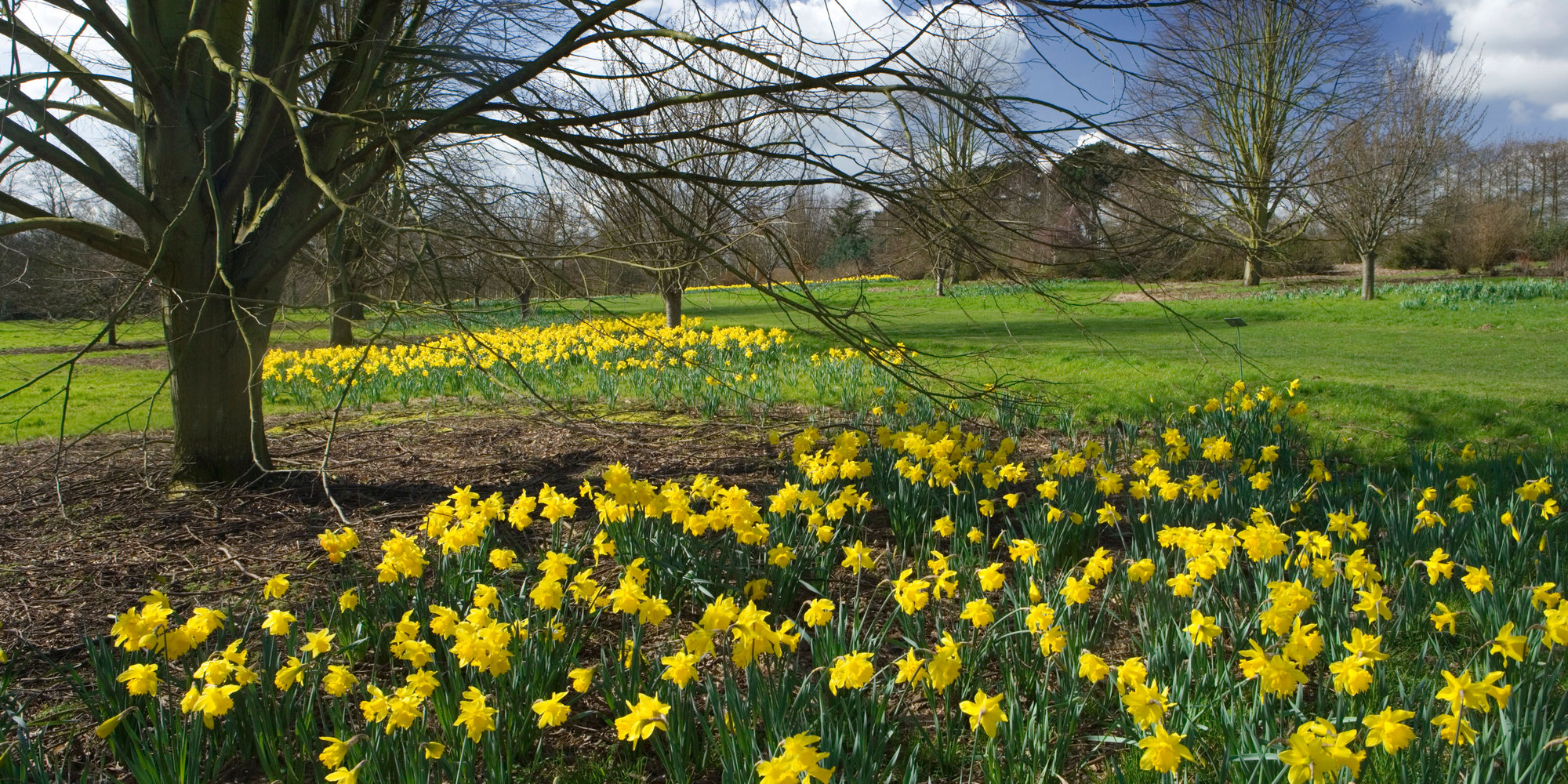 Trailing clouds of glory do we come’: Sally Minogue salutes William Wordsworth on his 250th birthday. 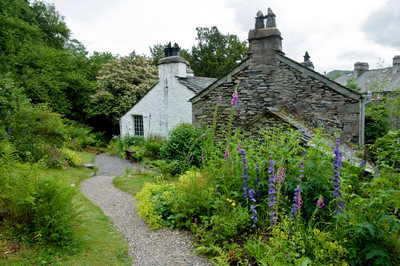 In normal times, many and loud would have been the celebrations of the 250th anniversary of Wordsworth’s birth, centred around his long-time home in Grasmere, Dove Cottage, in the wider area of the Lake District, nationally and internationally. Wordsworth is one of the few poets known to and loved by a wide public, particularly through a tiny poem, ‘I wandered lonely as a cloud’, written for and about this very time of year. One of several ‘Poems of the Imagination’, it has indeed seized readers’ imaginations. Perhaps it is because that image of ‘a crowd, a host, of golden daffodils’ is redolent of the plenitude of Spring. Seeing a mass of daffodils, primroses, cowslips, and celandines can’t help but cheer us. Here is life, and hope, a new season coming, the singular brightness of yellow. Wordsworth captures this quite simply. David Hockney recently sent just such an image of daffodils, painted on his Ipad, winging around social media, vibrant, defiant, and again, simple, with the message, ‘Do remember, they can’t cancel the Spring’.

Wordsworth’s poem is not so much about the actuality of daffodils, as daffodils remembered. When we get to the last of the four stanzas, he brings us into the frame of the poem, removing us from the apparently present moment just conjured. Suddenly we are with the poet, lying pensive on his couch, conjuring up that image which he had stored away from the past experience. Then the daffodils ‘flash upon the inward eye/ which is the bliss of solitude’. Both Hockney and Wordsworth are recreating a moment, representing it – re-presenting it. When we see the artist’s daffodils, they seem like the real thing, though in fact, they are a heightened and accentuated version; similarly Wordsworth’s daffodils ‘flash upon’ our ‘inward eye’ as though, with him, we were seeing them.

At present we are all living much more in our ‘inward eye’, recovering significant journeys, places, moments, and people. Everywhere are visual and virtual images, simulated contacts with digital simulacra of our friends and loved ones, and those are undoubtedly a comfort.  But they also carry with them a distance, a flatness. Paradoxically, the image conjured in the mind’s eye can be more complete, less fractured. Wordsworth is the arch-specialist of conjuring a moment from the past into the present; he gives us the poetic equivalent of Proust’s madeleine. His recollections are sensory, almost physical in our apprehension of them, a trans-substantiation. For him, poetry was in part ‘emotion recollected in tranquility’, but what he excels at is experience recollected – re-collected, so that as readers we too experience it through his poetic evocation.

The subject of his poetic eye is usually the natural world, though one frequently inhabited by figures whose characters he creates and reveals. In certain of is narrative poems, such as Michael, a sad tale of separation and decline, or the first book of The Wanderer which tells the story of Margaret and her ruined cottage, these figures take centre stage. Poems of encounter through storytelling, often begin with an object or place, such as the ‘straggling heap of unhewn stones’ which marks all that remains of the life of Michael. The poet then takes us back to the first fresh life of these places and things, and the people who inhabited or made them, recreating them and then telling their story, but in the frame of later ruin. Wordsworth, who began life as a radical spirit, enthused by the French Revolution, has been criticised for the deep conservatism of some of his later writing. But these narrative poems, along with many other shorter lyric poems that highlight ordinary men and women living their hard country lives, often chart the harsh human consequences of an institutionalised rural decline. They are deeply political even when they reach to nature as an integral consoling power.

In his long poem, and masterpiece, The Prelude, nature is the poet’s central subject as refracted through memory. It’s an autobiographical poem, looking back over his life, and attempting to trace, as he describes it, ‘the growth of a poet’s mind’. But if this long, indeed epic, poem seems daunting, it is broken down into stories, small incidents, key moments – ‘spots of time’ – many of them highly detailed and specific in the sensations they describe. Wordsworth’s method throughout the poem is caught in a passage in Book 4:

As one who hangs down-bending from the side

Of a slow-moving boat, upon the breast

Of a still water …

Yet often is perplexed and cannot part

The shadow from the substance …

He is, in his magical phrase, ‘incumbent o’er the surface of past time’, hanging over the deeps of the past, trying to penetrate them, and what he brings to the surface are poetic representations of moments in that past.

The comparison Wordsworth makes here works particularly well because many of the actual scenes he pulls to the surface involve water – lakes, boats, ice, the stuff of his Cumbrian surroundings. His metaphors and epic similes (an extended comparison of an abstract idea and an actual situation, as above) are never abstruse. His ethic and poetic connect him directly to the lived world. The first two books of The Prelude contain most of its famous passages – the skating scene, the stealing of a boat, powerful formative moments:

And in the frosty season … I wheeled about,

That cares not for his home. All shod with steel,

We hissed along the polished ice in games …

So through the darkness and the cold we flew …

The leafless trees and every icy crag

None of us skates like this anymore, but the feeling of it is brought to our senses in its full freezing detail. It is difficult to give proper due to The Prelude here; longer quotations are needed to give the poetry its full weight. I can only say, dip into it at will, especially the early books. It will transport any reader into a familiar natural world, but also an inner world, that of the poet thinking back, remembering, recreating – re-collecting. And as he does, so do we.

Wordsworth’s output was tremendous; it can therefore be hard to find one’s way around it. If The Prelude is his great work, perhaps even more significant in its impact on the poetic tradition is the Lyrical Ballads, produced in collaboration with his friend Samuel Taylor Coleridge. Published in 1798, its important Preface amounted to a manifesto for English poetry, in which Wordsworth states his intent to use in his poetry ‘the real language of men in a state of vivid sensation’. One of those lyrical ballads, ‘Lines composed a few miles above Tintern Abbey’, gives perfect voice to that intention. As is often the case with Wordsworth, many of its lines will be known to readers:

For I have learned

To look on nature, not as in the hour

Of thoughtless youth; but hearing oftentimes

The still, sad music of humanity 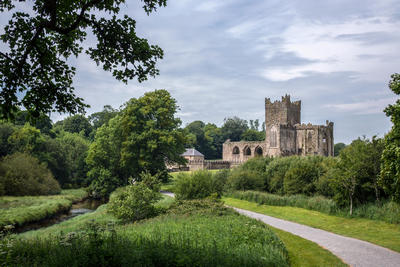 Wordsworth’s understanding of nature was almost Pantheistic – seeing God, or a divine spirit, in all living things. He would almost certainly not have expressed it like that in his own social and religious context, but it is there in the fabric of the poetry. He has a profound respect for and understanding of all elements of the natural world, and his close poetic eye recreates that world (including its human dimension) so that we see and feel it as we read. One of his most powerful poems, ‘Intimations of Immortality from Recollections of Early Childhood’ (often shortened to ‘The Immortality Ode’), best captures that spirit. Looking at that title now, I am quite amazed. The poem was probably composed in 1803, when the poet was still a relatively young man, 33. Lyrical Ballads had been published four years earlier when he was 29. And here he is announcing and exploring ‘intimations of immortality’. It is a remarkable poem, tracing the development of the human being and spirit from birth (‘but a sleep and a forgetting’) to babyhood (‘trailing clouds of glory do we come’), to the gradual deadening grip of the world on the ‘growing Boy’ [and girl]. In this description of our spiritual journey, the ‘clouds of glory’ ‘fade into the light of common day’. But that is not the whole story of the poem. As fumbling adult creatures we may feel ‘Blank misgivings of a Creature / Moving about in worlds not realized.’ Yet we are constantly reaching back to recapture ‘Those shadowy recollections … the fountain-light of all our days’. The poem’s narrative, recognising as it does our human gropings, holds out a muted hope:

Though nothing can bring back the hour

Of splendour in the grass, of glory in the flower;

We will grieve not, rather find

Strength in what remains behind;

In the primal sympathy

Which having been must ever be;

In the soothing thoughts that spring

Out of human suffering;

This elegiac note is present in much of Wordsworth, but characteristically it is balanced and sometimes triumphantly dismissed with a profound and certain appeal to ‘the beautiful and permanent forms of nature’. In a long passage in ‘Tintern Abbey’, he reflects on the way that even when we are removed from the direct experience of nature, recalling ‘these beauteous forms’ can bring us powerful sustenance:

… oft, in lonely rooms, and ‘mid the din

Of towns and cities, I have owed to them,

In hours of weariness, sensations sweet,

Felt in the blood and felt along the heart; …

While with an eye made quiet by the power

Of harmony, and the deep power of joy,

We see into the life of things.

And seeing into the life of things can be as simple as seeing those daffodils. Let’s return, then, in our mind’s eye to Wordsworth’s and to Hockney’s daffodils. Harbingers of Spring, bright bursts of yellow, all about us now, in reality, in poetry, in painting, in memory. Perhaps they can be woven together with some of those soft lemon explosions of pussy willow all about us now – a garland of ordinary delights to brighten our imaginations and to honour Wordsworth on his birthday.

There have been some recent celebrations of Wordsworth on BBC Radio 4: Ian McKellen reading passages from The Prelude in a voice and accent that brings us close to Wordsworth’s; and Wordsworth scholar and biographer Jonathan Bate, In Wordsworth’s Footsteps, with readings by Simon Russell Beale. Together they give an engaging introduction to the man and his poetry and can be found on BBC Sounds.

On Twitter, Peter Jones @gardenerjonesey records that last Autumn 35,000 narcissi were planted at RHS Wisley (@RHSWisley) to come into flower for this 250th anniversary of Wordsworth’s birth. He is posting some lovely pictures of those and other Spring flowers and blossoms at Wisley, which is of course closed at present. Full many a flower is born to blush unseen… 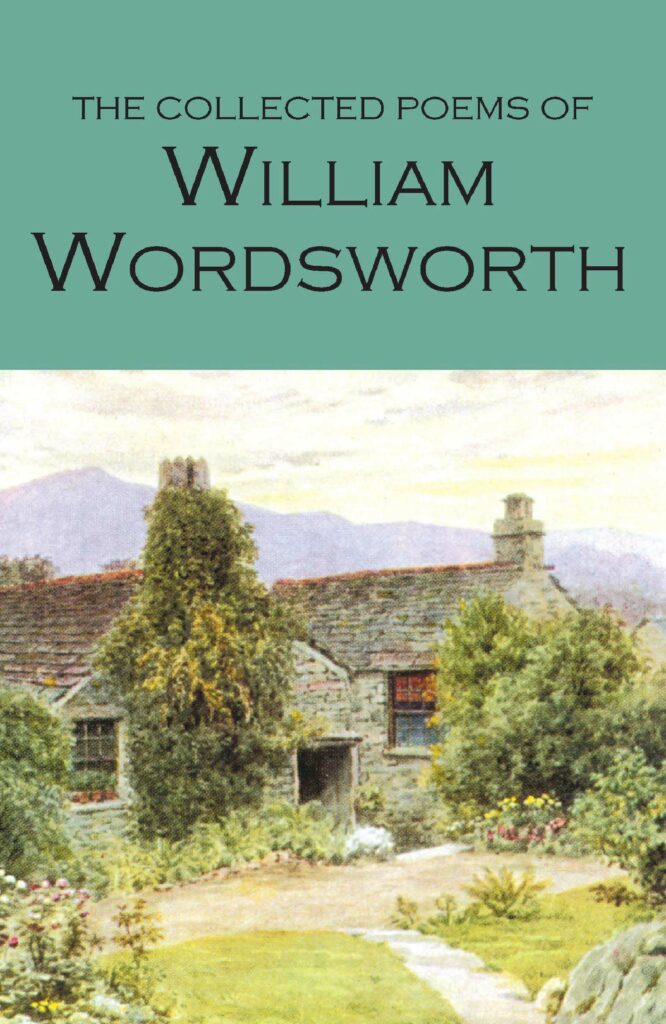 The Collected Poems of William Wordsworth 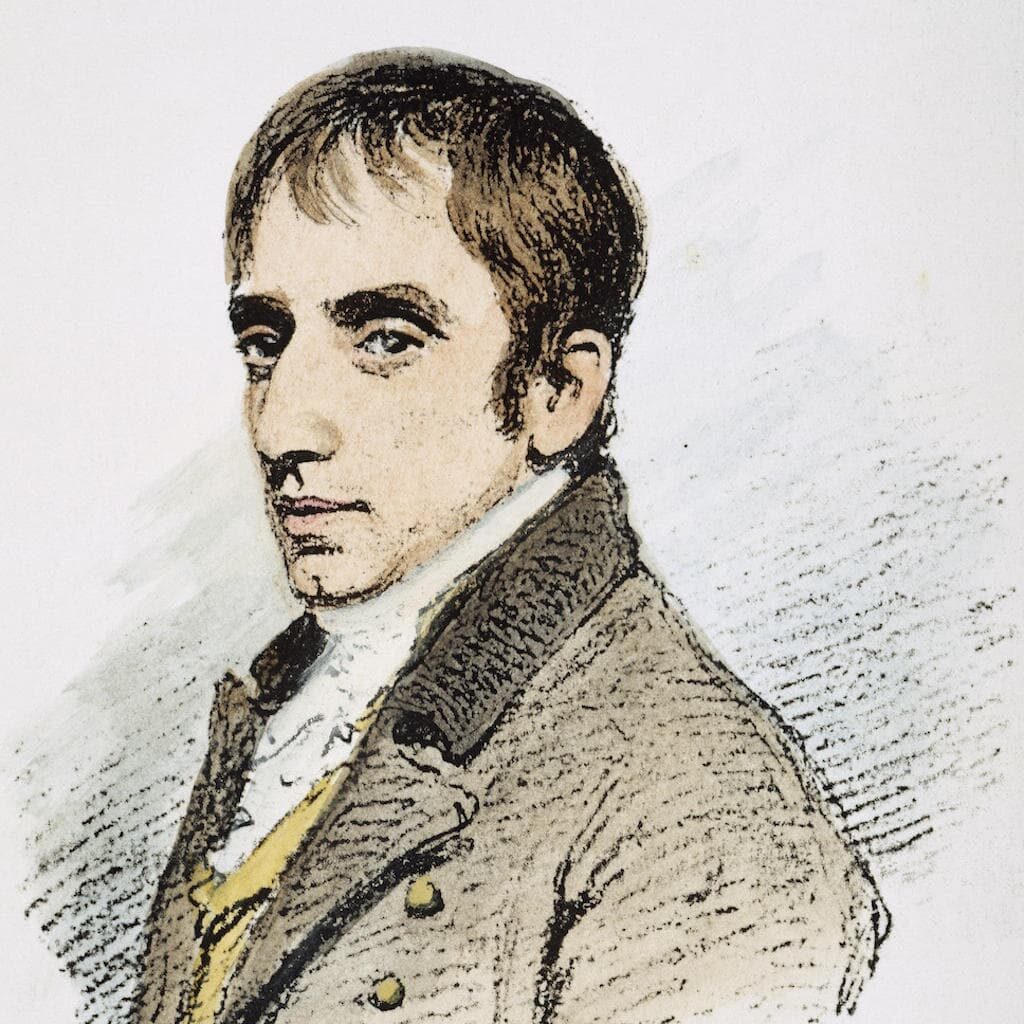 When William Wordsworth (1770-1850) published 'Lyrical Ballads' with Samuel Coleridge in 1798, they launched the Romantic Age of English Literature. Although now generally considered the greatest poet of his age, at the time he would have been considered secondary to Keats, Scott and later Tennyson. His semi-autobiographical poem, 'The Prelude', raised little interest when it was published by his widow after his death, but it has come to be viewed as his masterpiece.